Last year one of our first off-roading trips was to Tierra Del Sol (you can see last years post HERE). Last year was fun but thanks to the crazy winds it was also a little bit miserable. To be prepared Joey bought the girls goggles. Of course this year the wind was nice and calm and instead we had to deal with the heat. I am guessing next year we deal with rain. 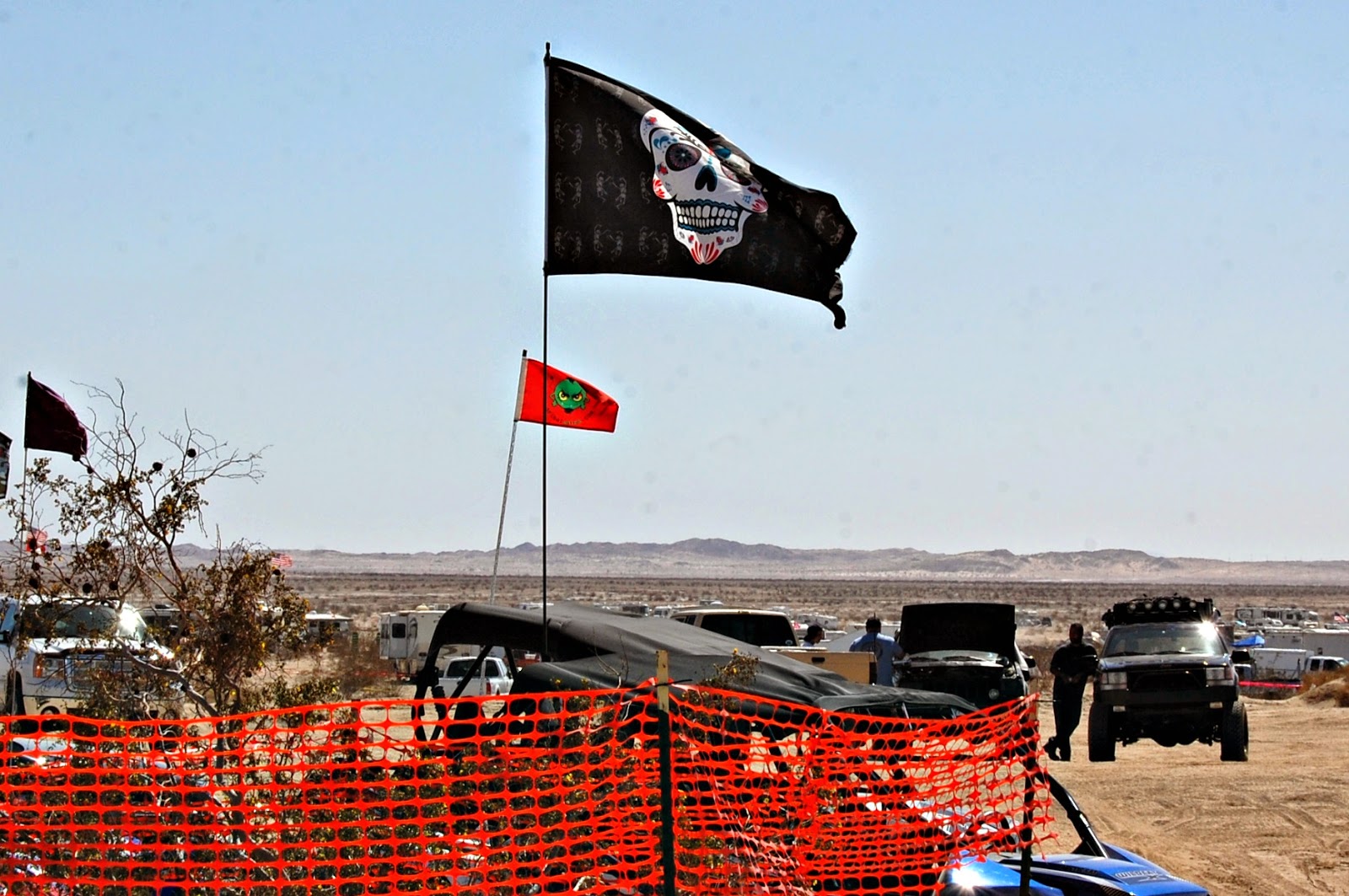 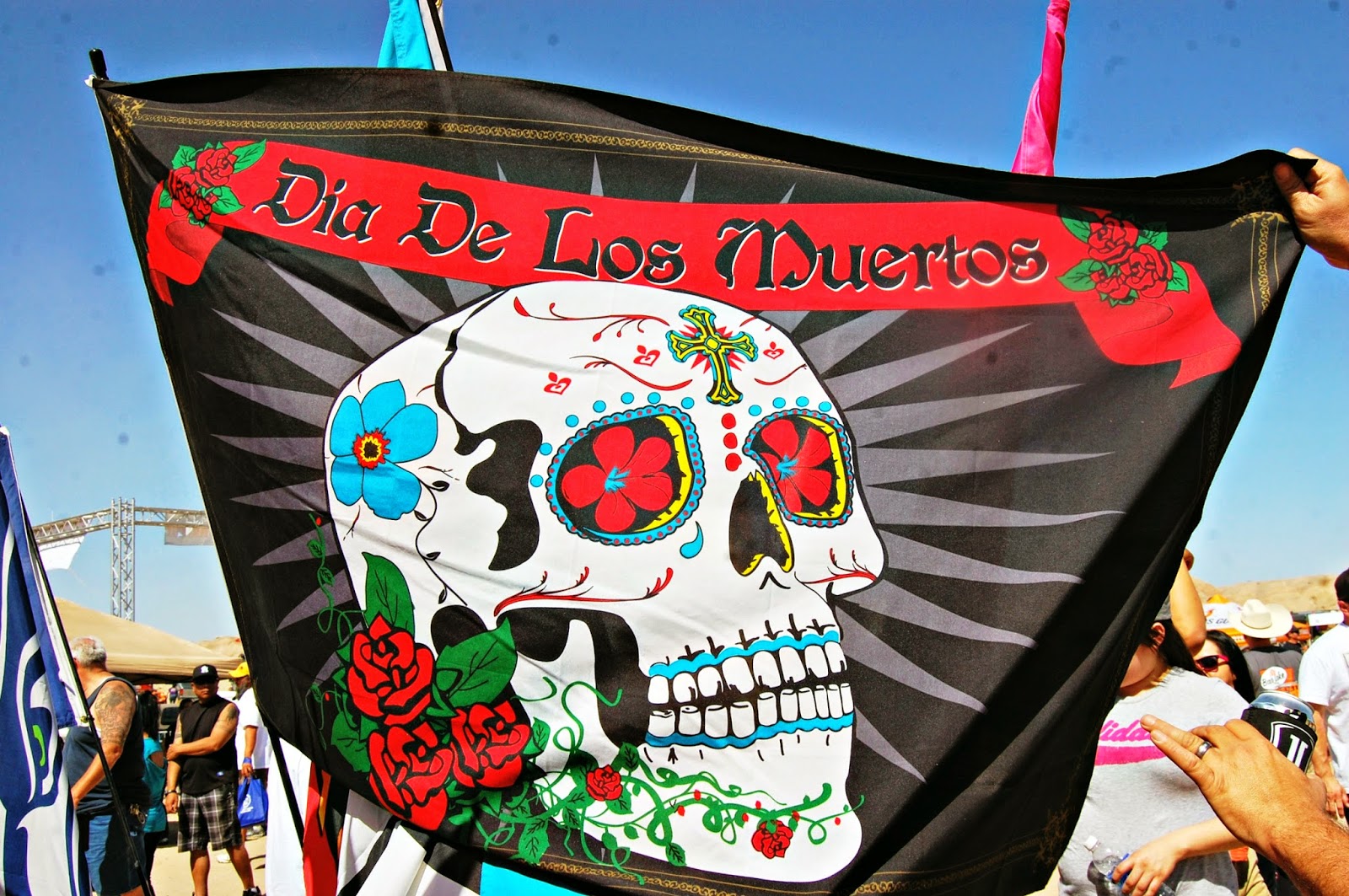 We met up with the Mendez family to drop off some parts. The night before while driving into Ocotillo Wells they had some wheel issues. How they rigged the tire on their hummer was crazy genius and I can't believe it worked. 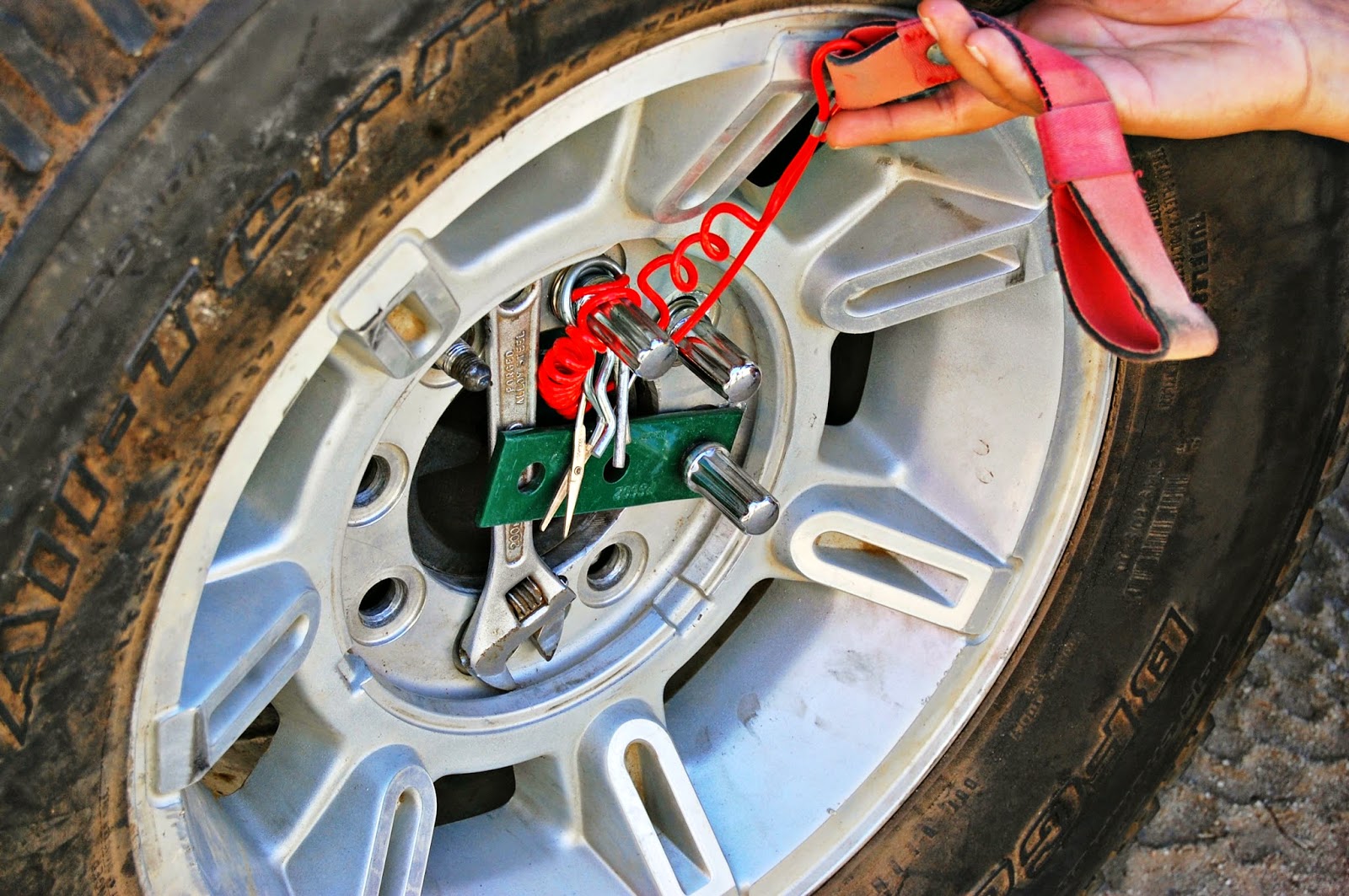 We started the day walking the booths. The kids had some fun doing a little bit of coloring. 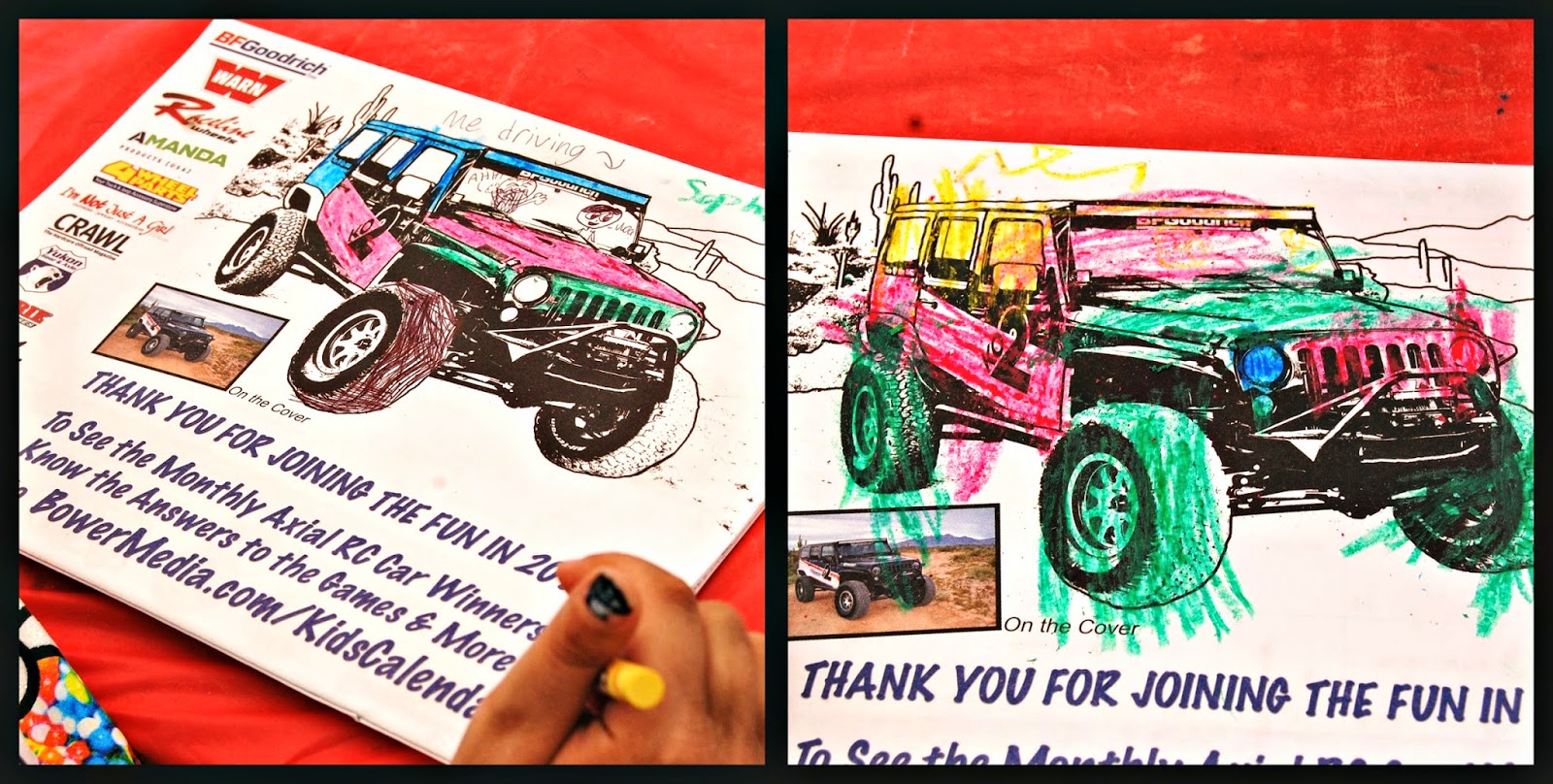 And even some remote-controlled off-roading. 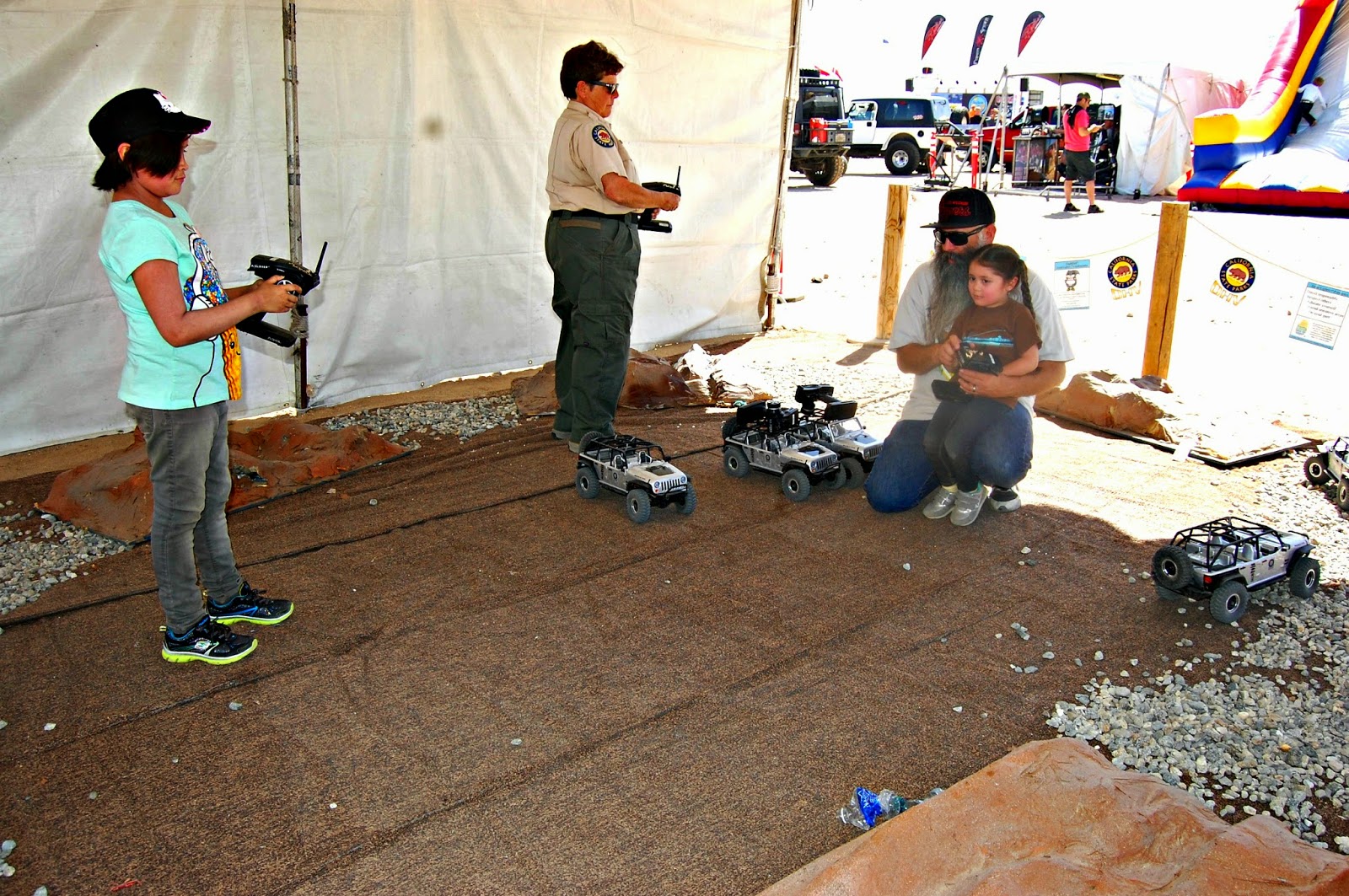 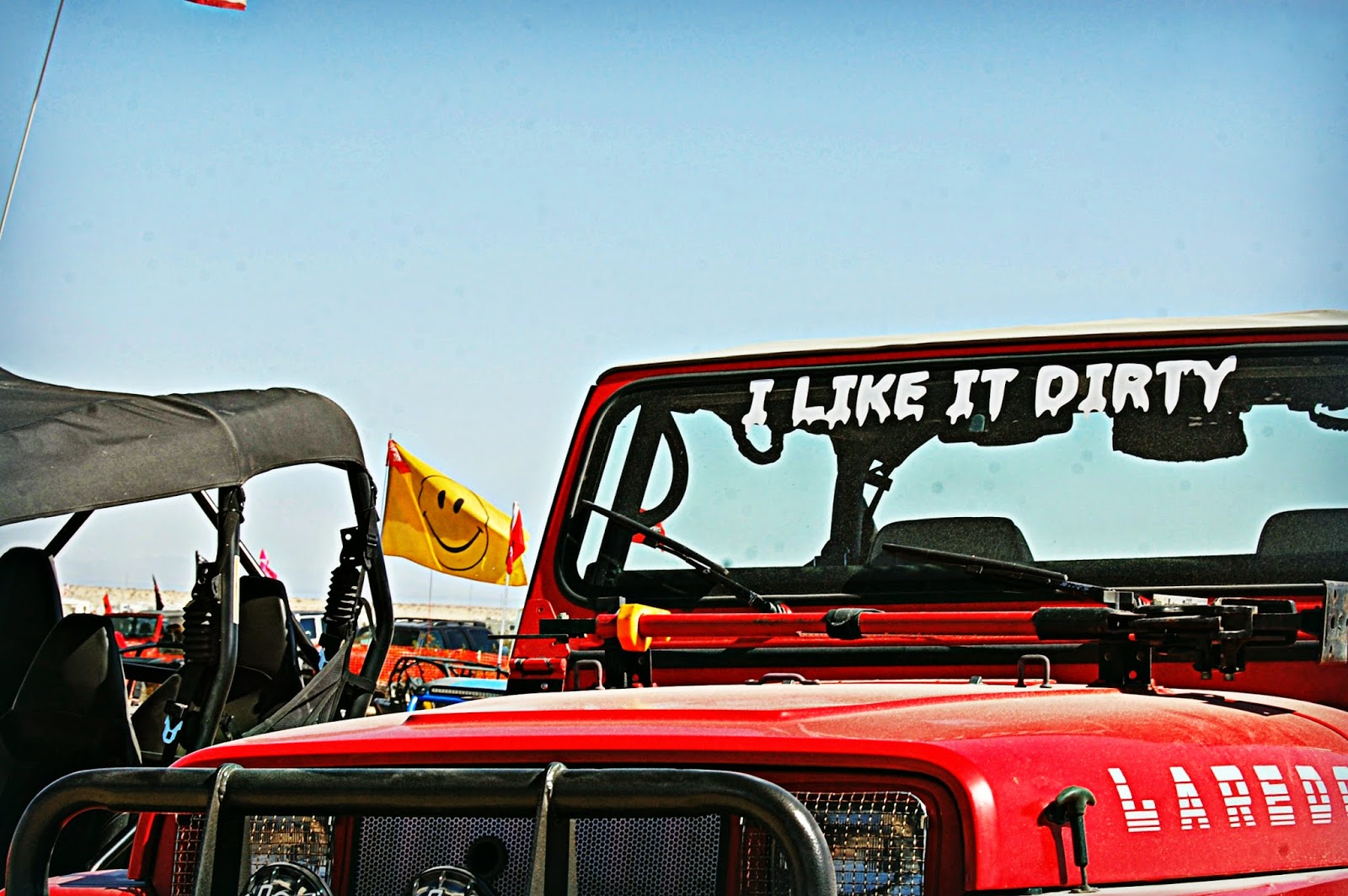 We then headed over to what I like to call the obstacle course. A place where vehicles can test out their skills. Joey really wanted to take the cruiser in and try some of the less scary ones but since I did not want to get stuck in the desert with the kids if the car were to break I had to persuade him not to. We did get to spend some time watching other people give it a try. 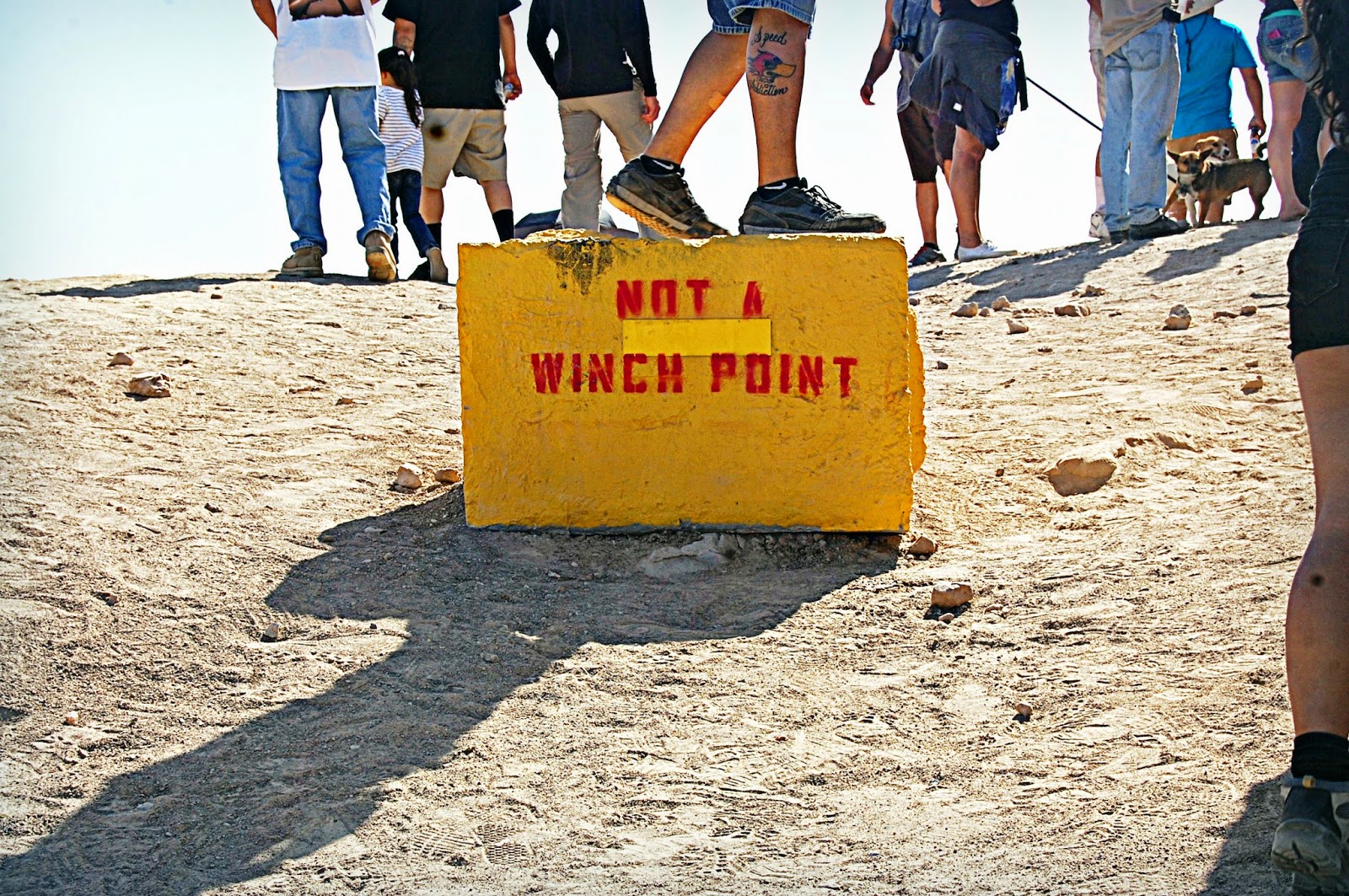 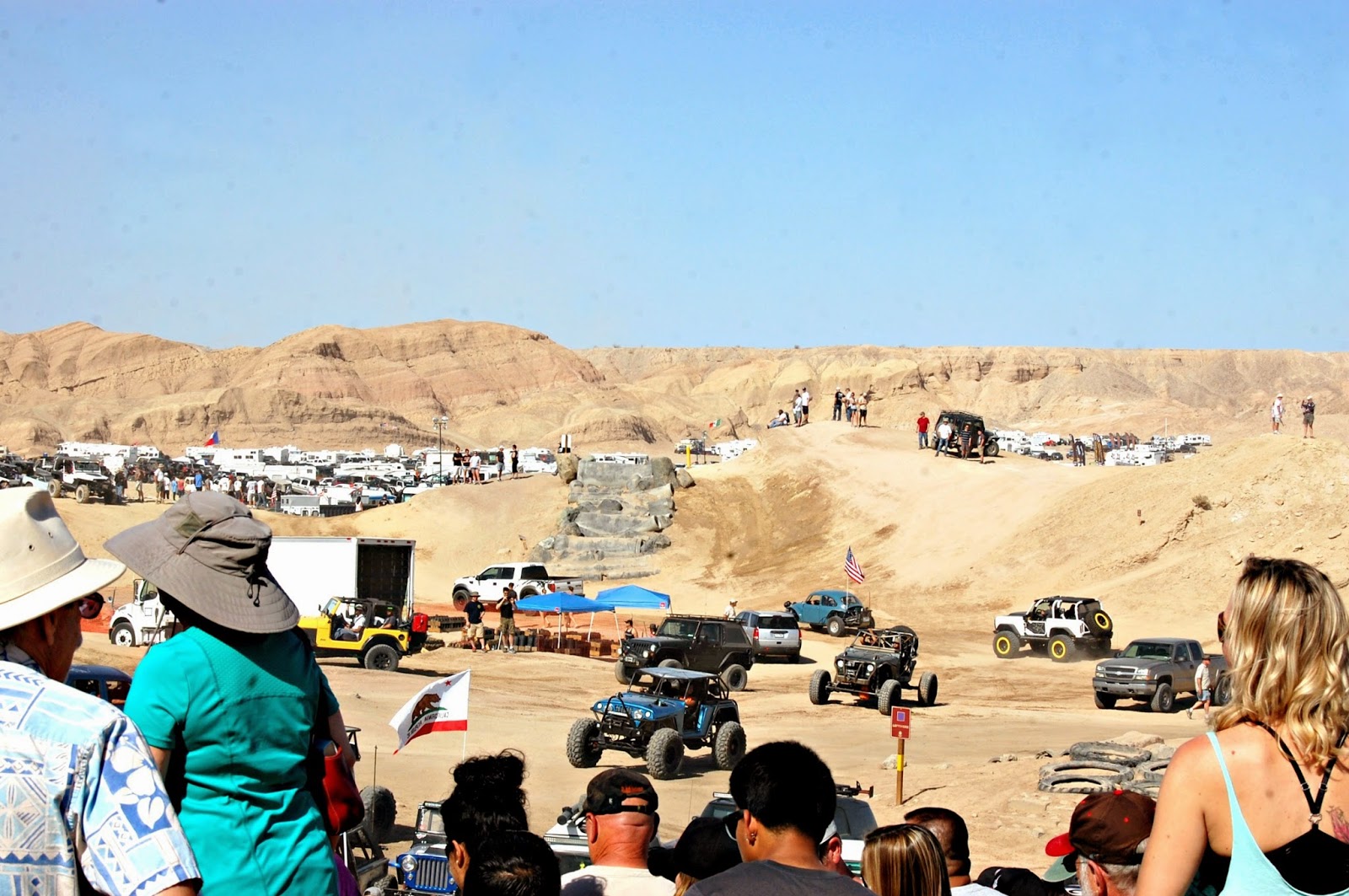 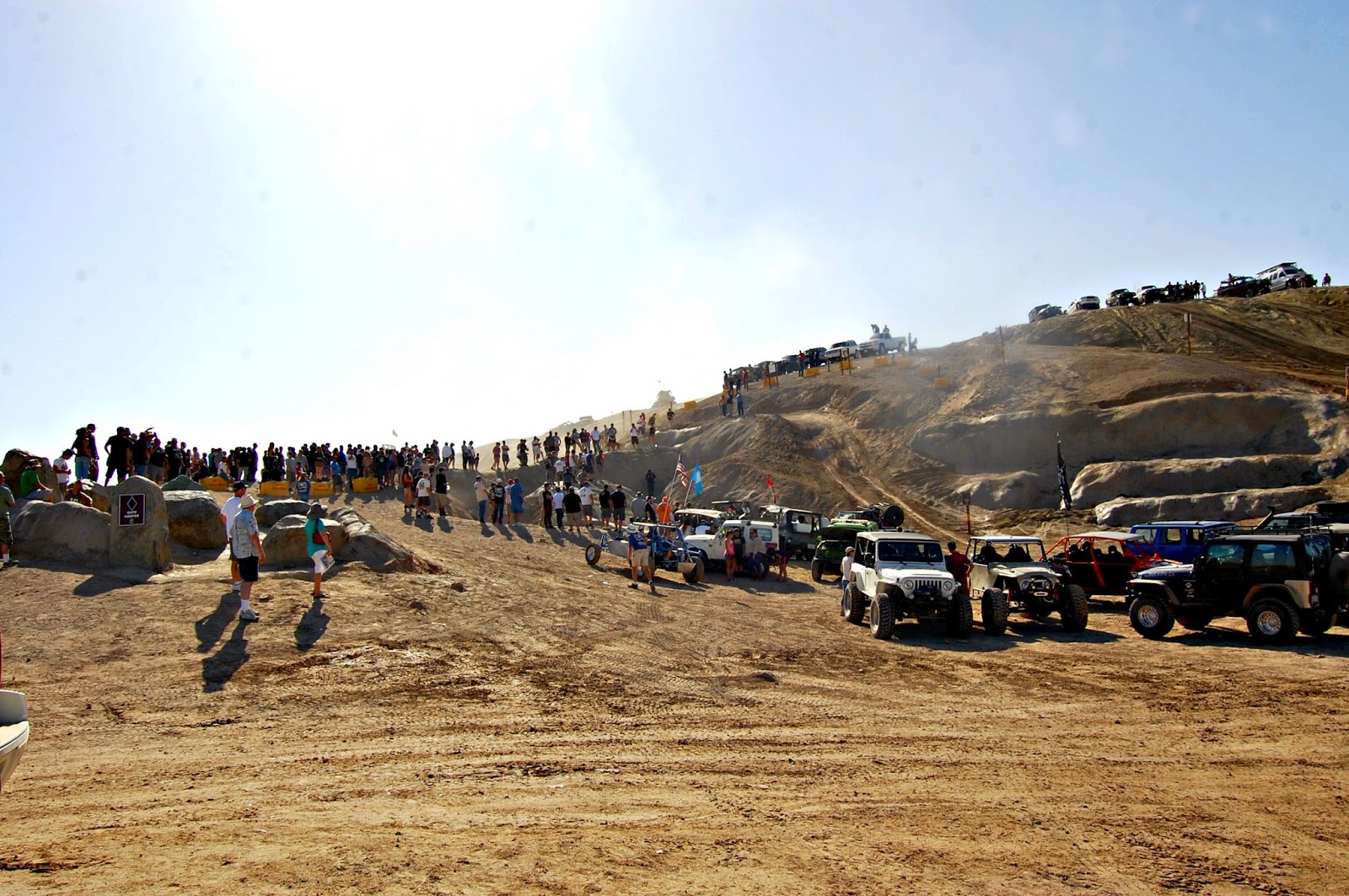 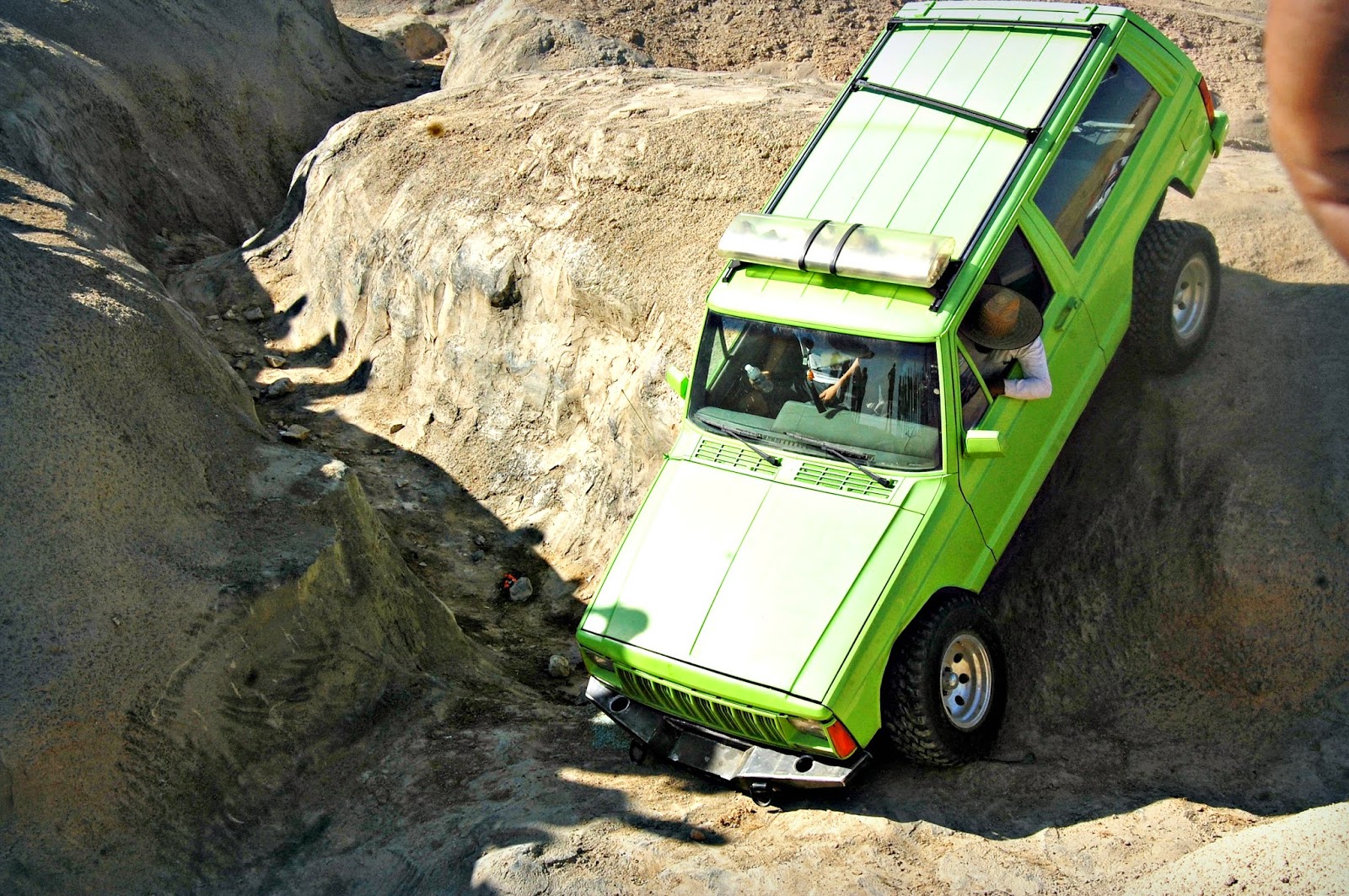 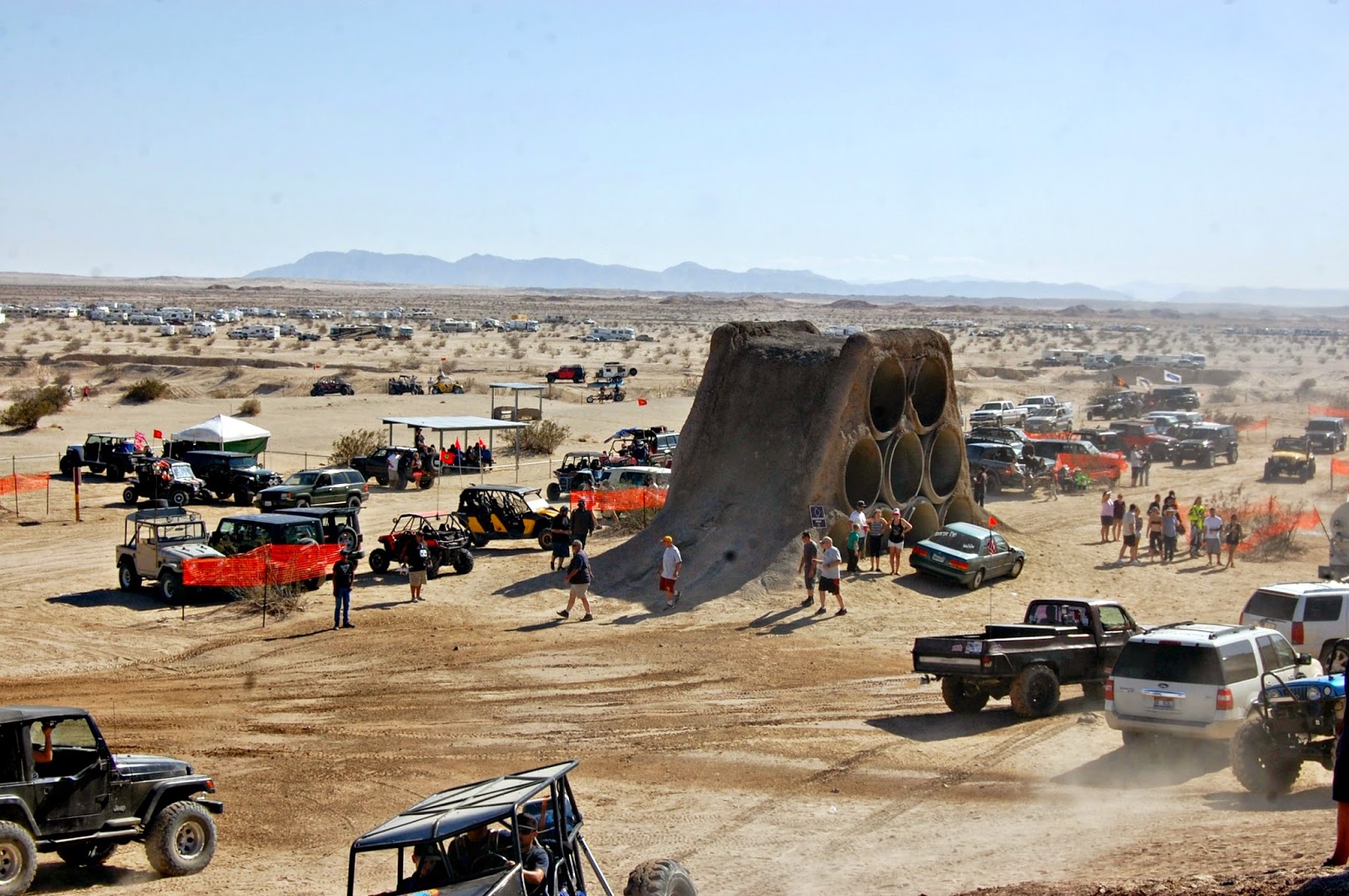 I am still so surprised that Phi likes this part of it. She is a chicken when it comes to actually being in the car and on trails, but she loves to watch rock crawlers. 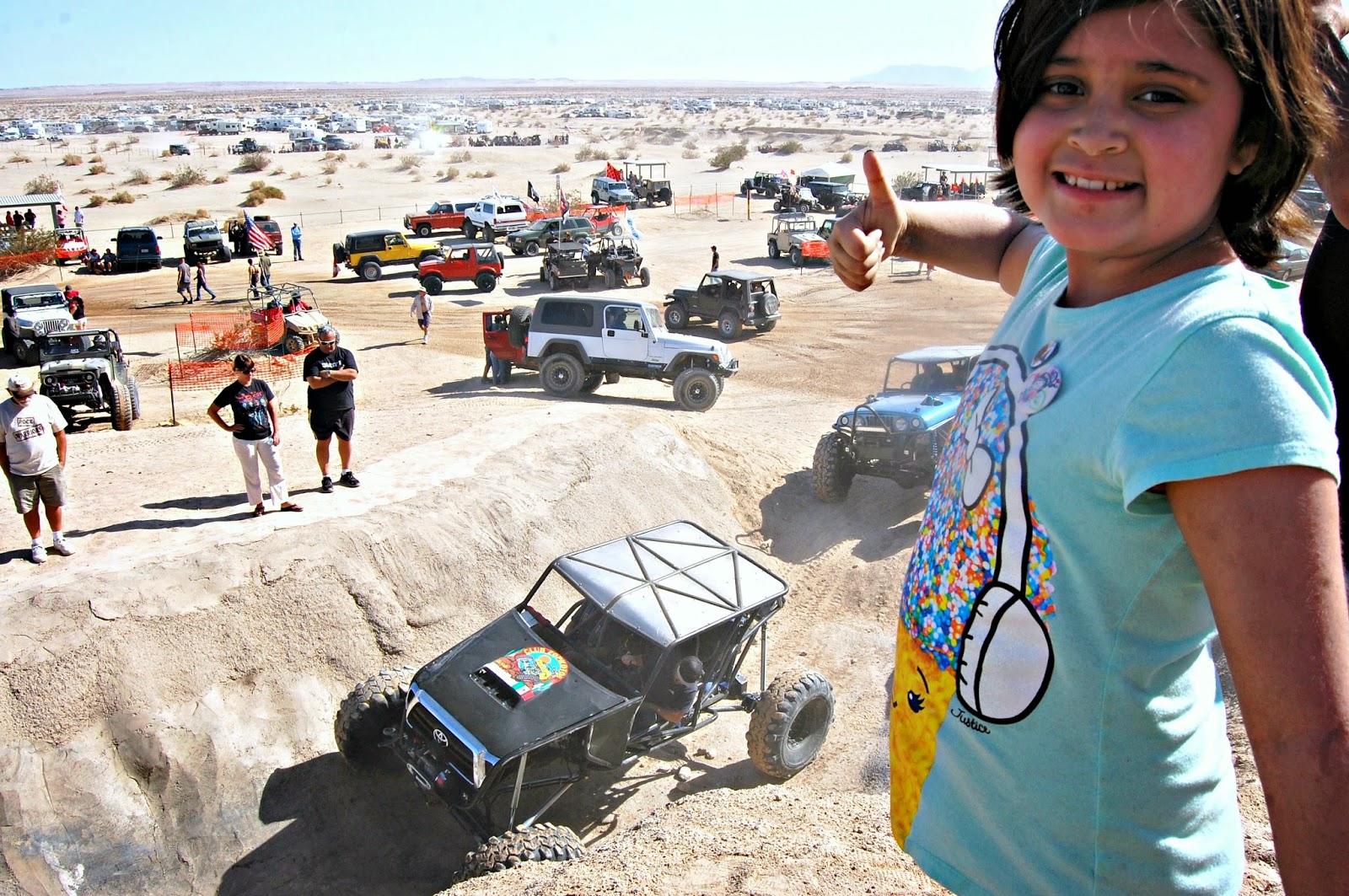 Afterwards we headed to Truckhaven trails for some off-roading. Last year this was one of the first real off-roading I had done and I was super nervous the entire time. After 12 months of trips I was excited to be out on the same trails. As usual we let Matt take the lead and he really just went for it. I swear he was just flipping a coin to decide on right or left. We managed to get ourselves into some tight spots and even a few sandy hills we just couldn't conquer. 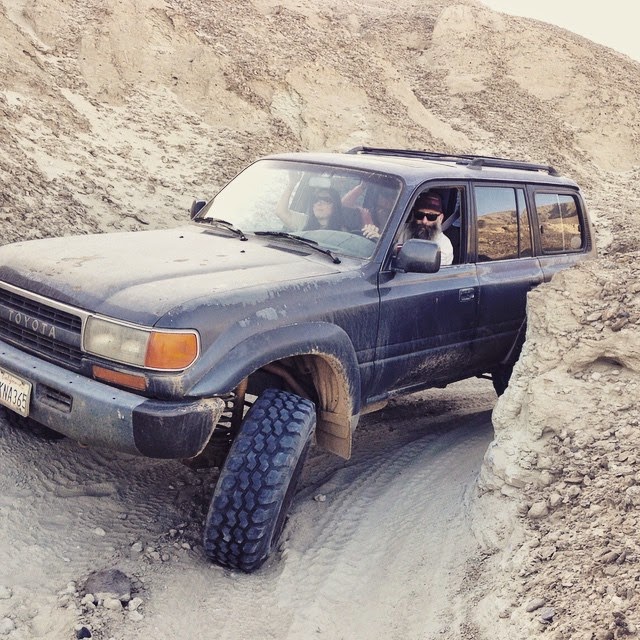 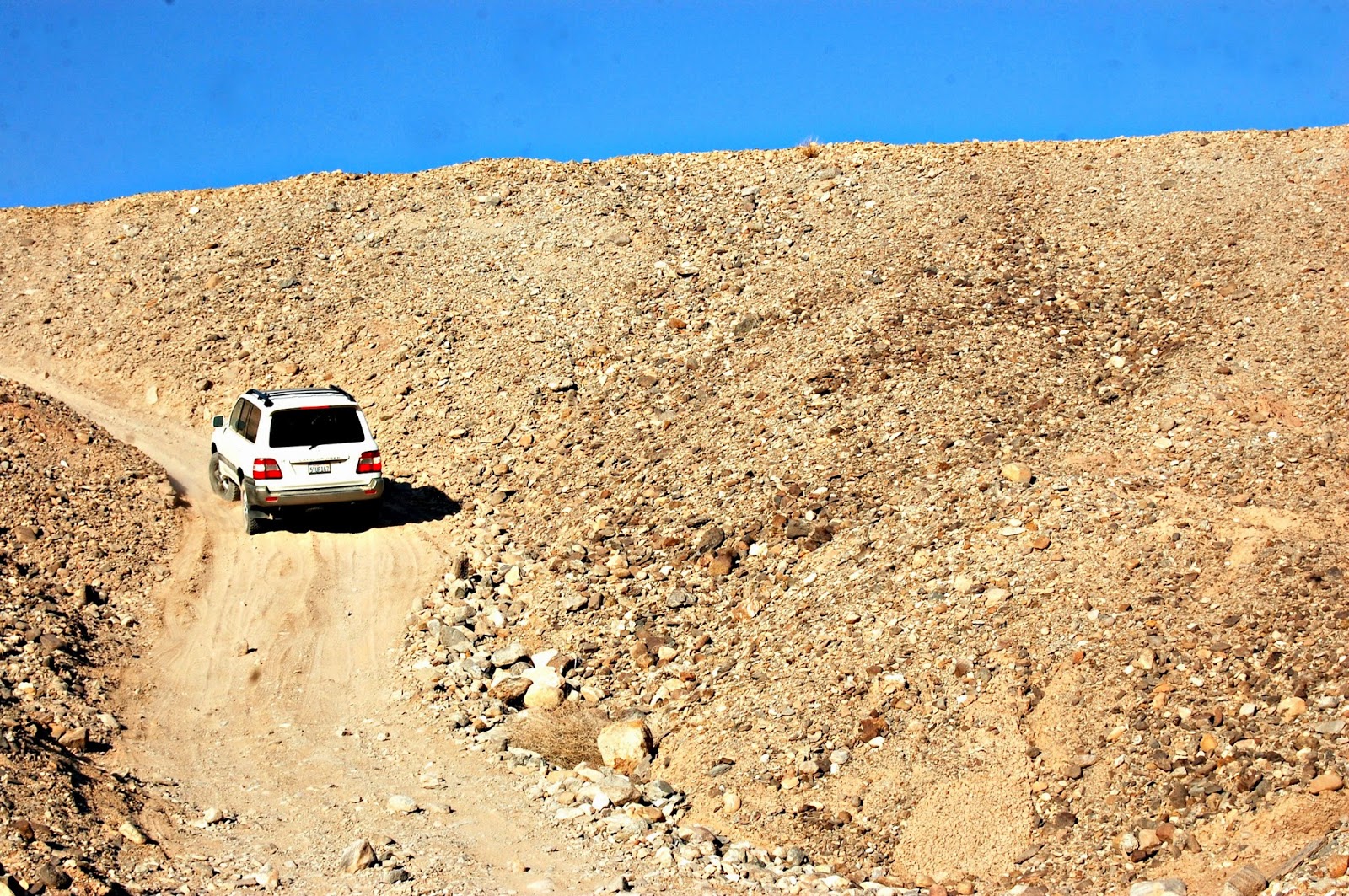 When we found the arch that we recognized from last year we knew that we were close to making it out of the canyon. 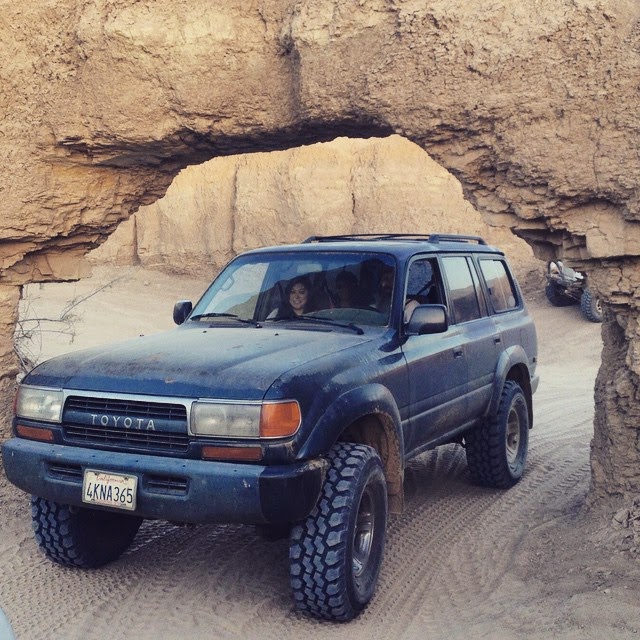 It was a great day out in the desert and a stunning sunset and some Mexican food was a great way to end the day. 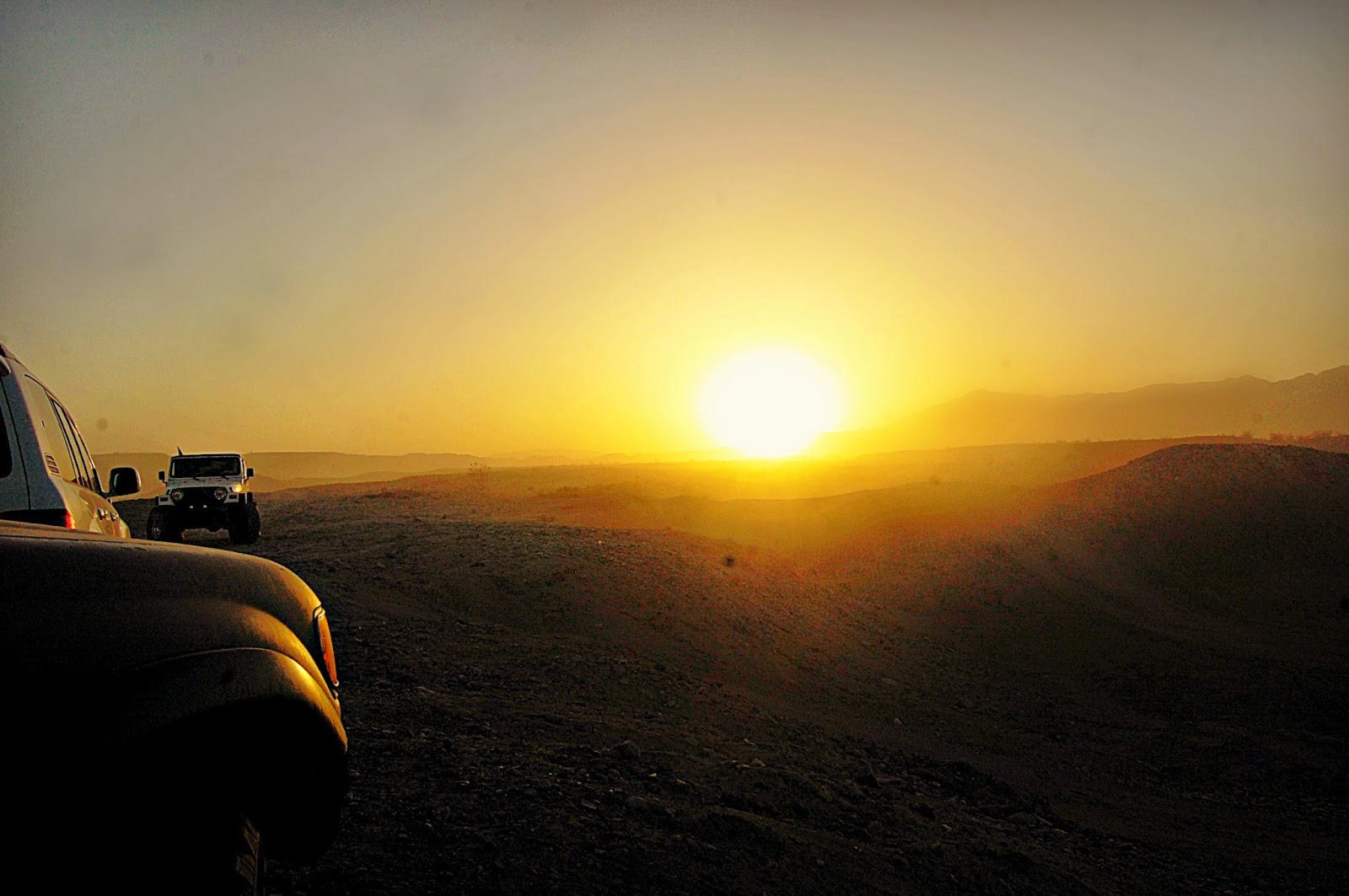