Over the weekend our little "Step 6" Crew (minus the newest 2 month old addition) headed back out toward the Salton Sea for another Land Cruiser Adventure. Our destination: Tierra Del Sol. The oldest off roading event in the country with proceeds going towards keeping public land open for recreational use. So now am I not just participating but supporting it.

We got there at lunch time and started the day chowing down on chips and sandwiches. Out of the back of the Cruiser of course. 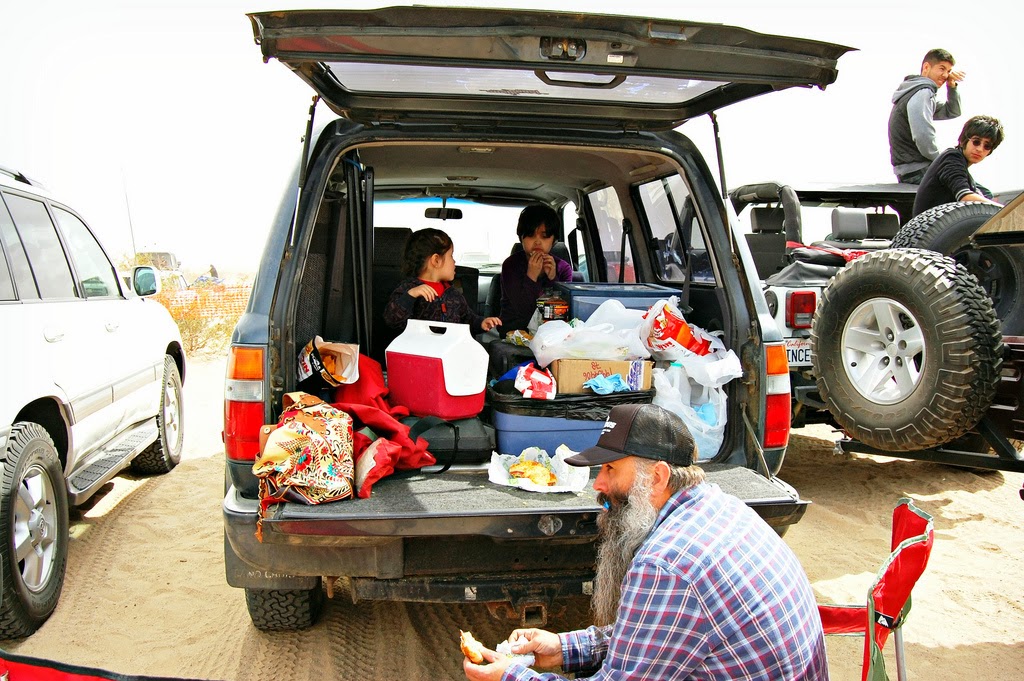 Even though at home it was raining cats and dogs, there was no rain near the Salton Sea. Instead there was wind. And as you can imagine, wind + sand = Louie having to wear Joey's sunglasses because she lost her pair in the Cruiser. 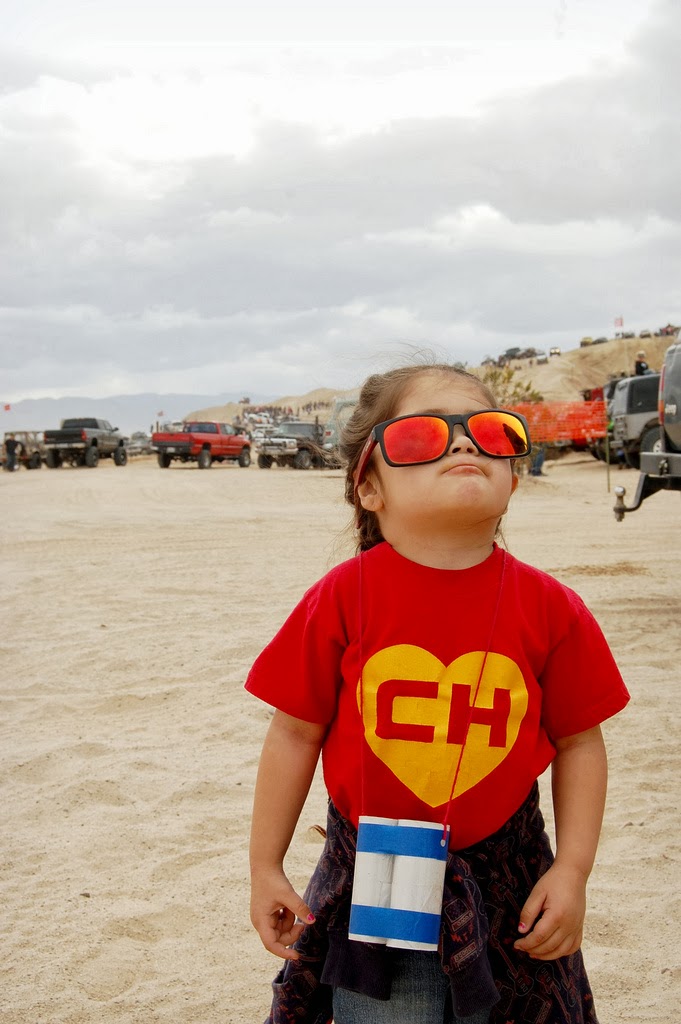 As for the binoculars, she insisted Joey MAKE her a pair before we left. So 2 toilet paper rolls, some painters tape, some packing tape and some yarn did the job.

So here is where the action takes place. Registered vehicles (not us!) could drive in here and show off their off roading skills at different obstacles. 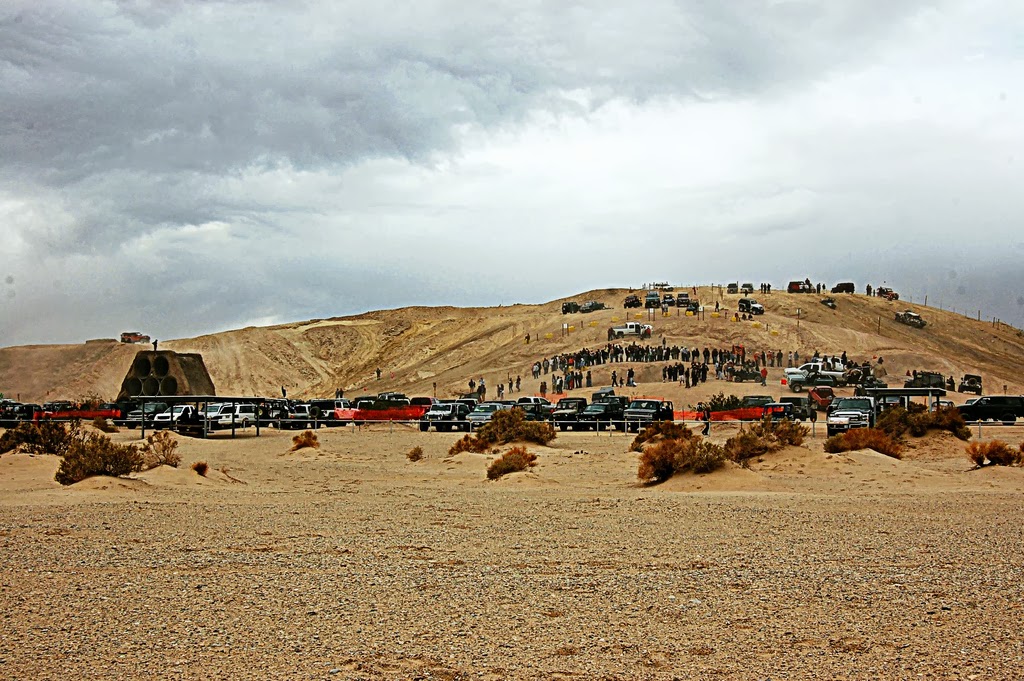 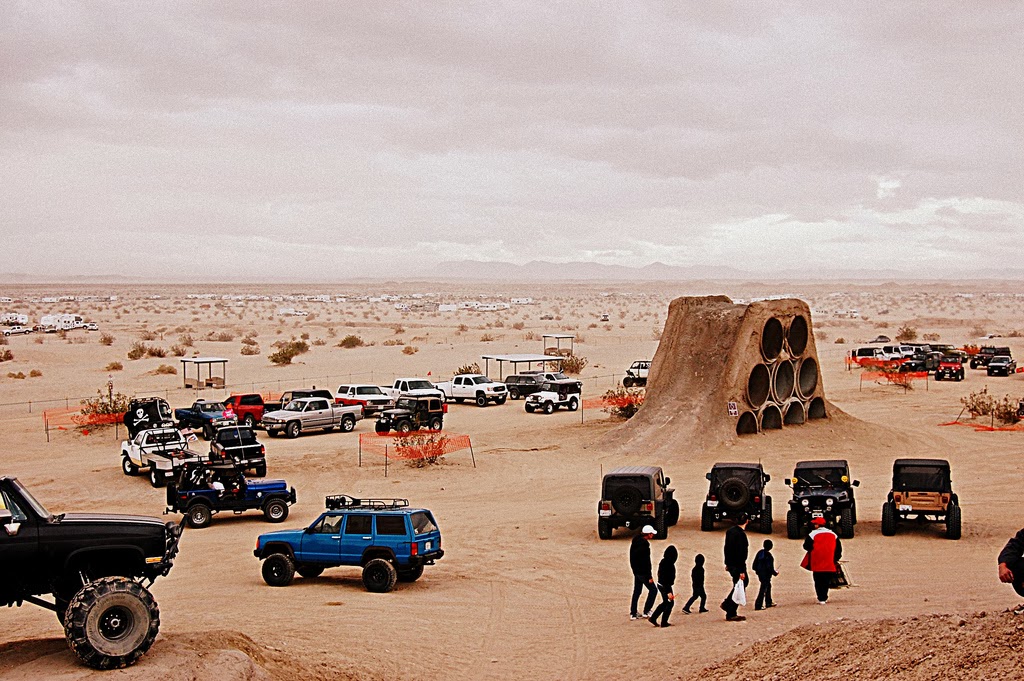 After eating we headed over to check out the trucks in action. 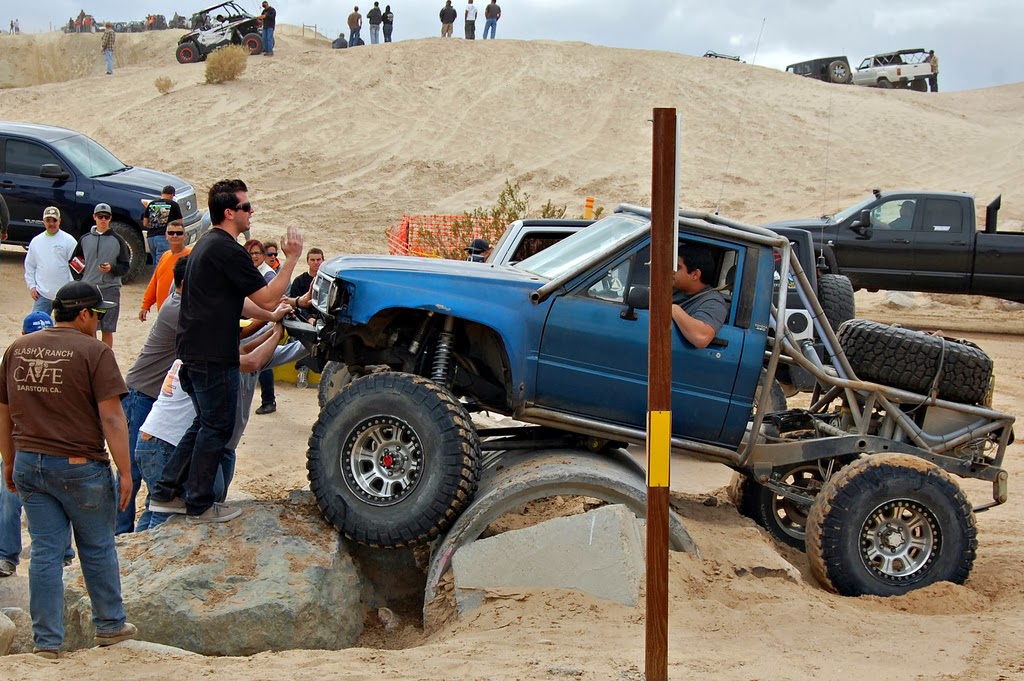 As you can see these 2 were in heaven. 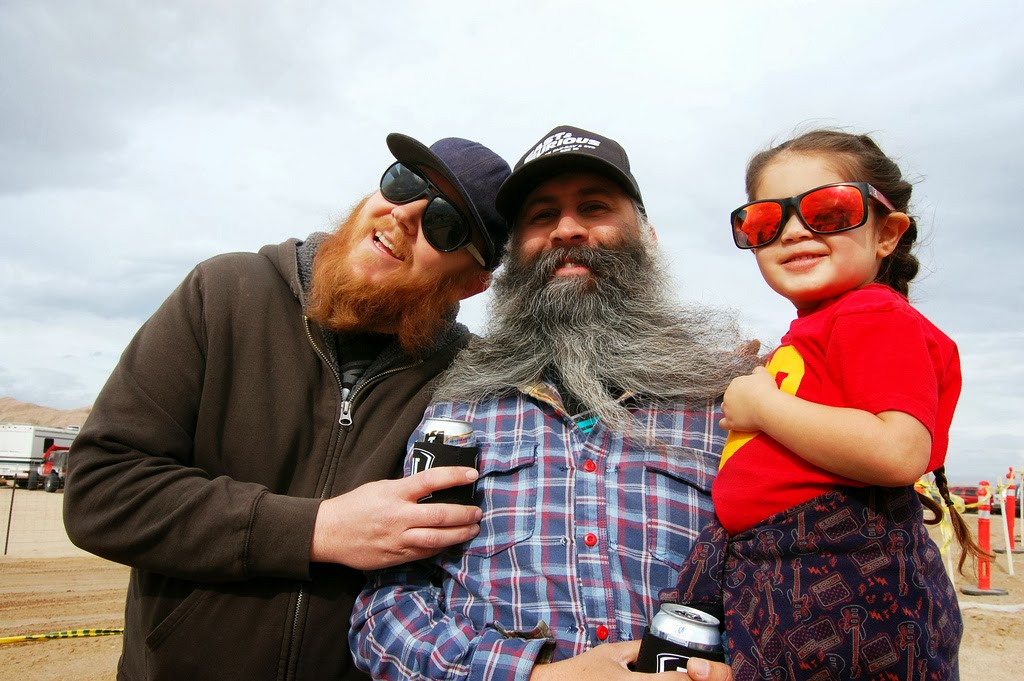 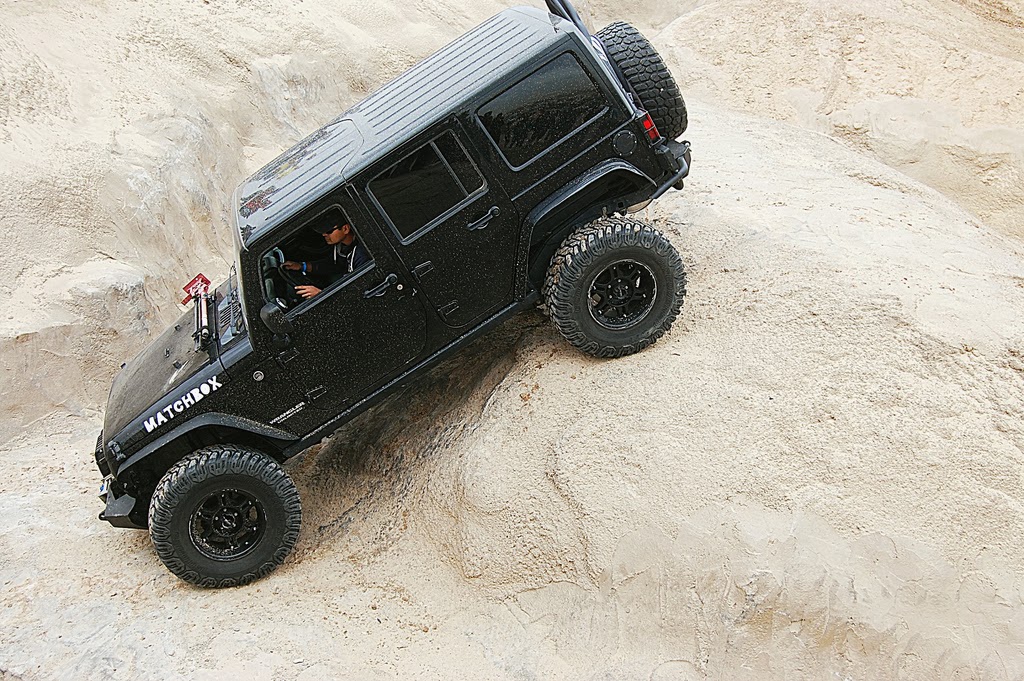 And this guy! Ended up literally sideways in between rocks. As he got deeper in you could hear his truck doors just being crushed and his windshield crack. His truck was eventually pulled out.

Rock climbing and sticks kept Louie entertained for a little while. 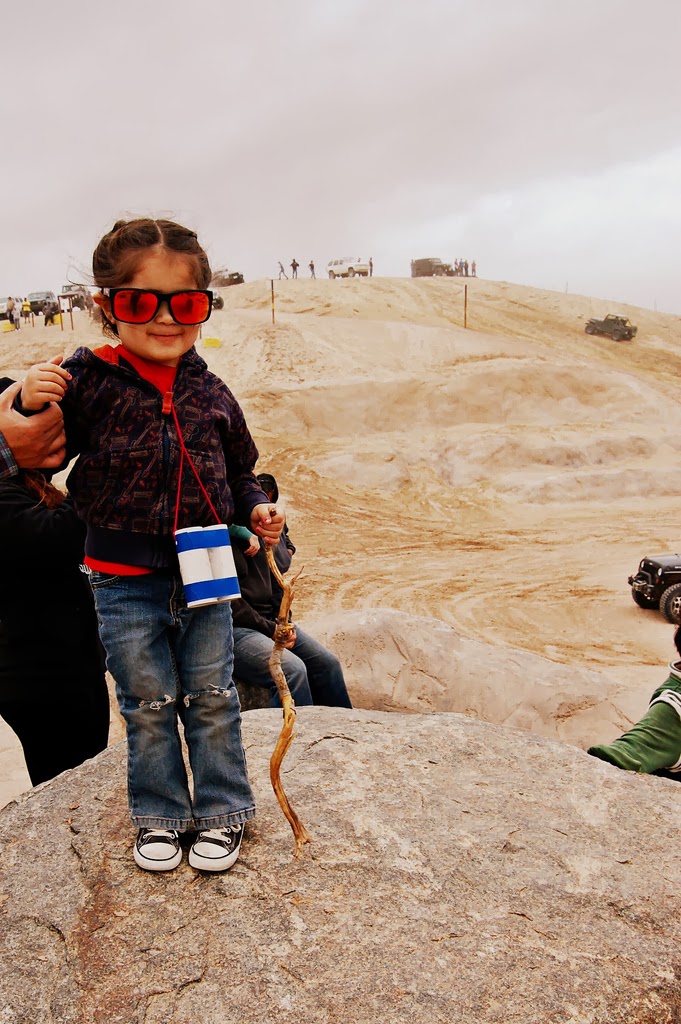 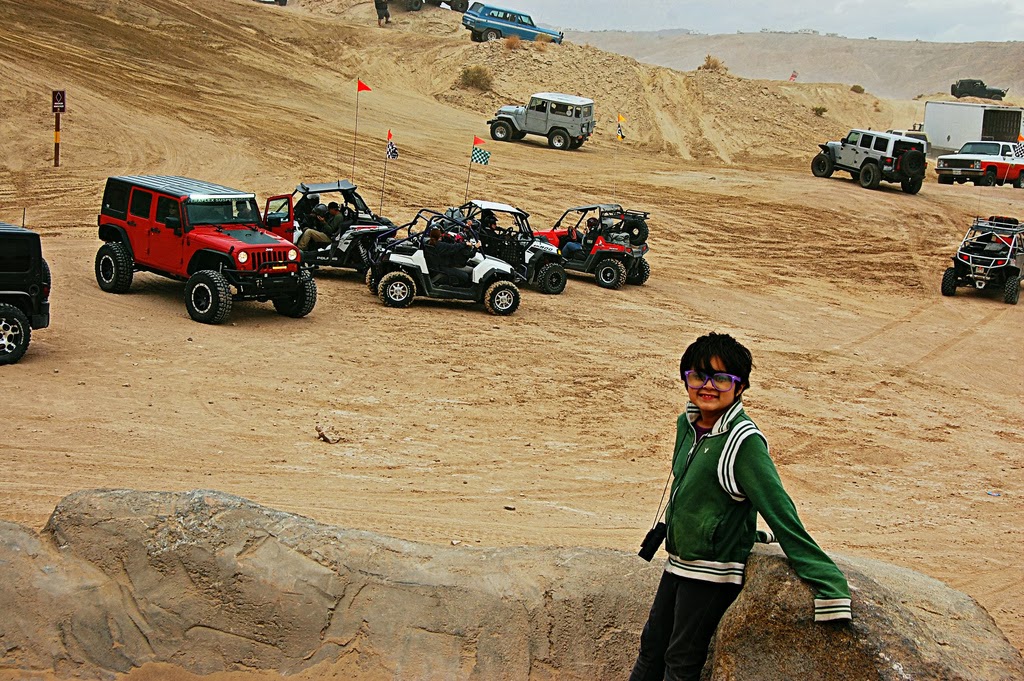 And then the wind really kicked up and it was awful. This is Joey shielding Louie from the crazy sand storm. 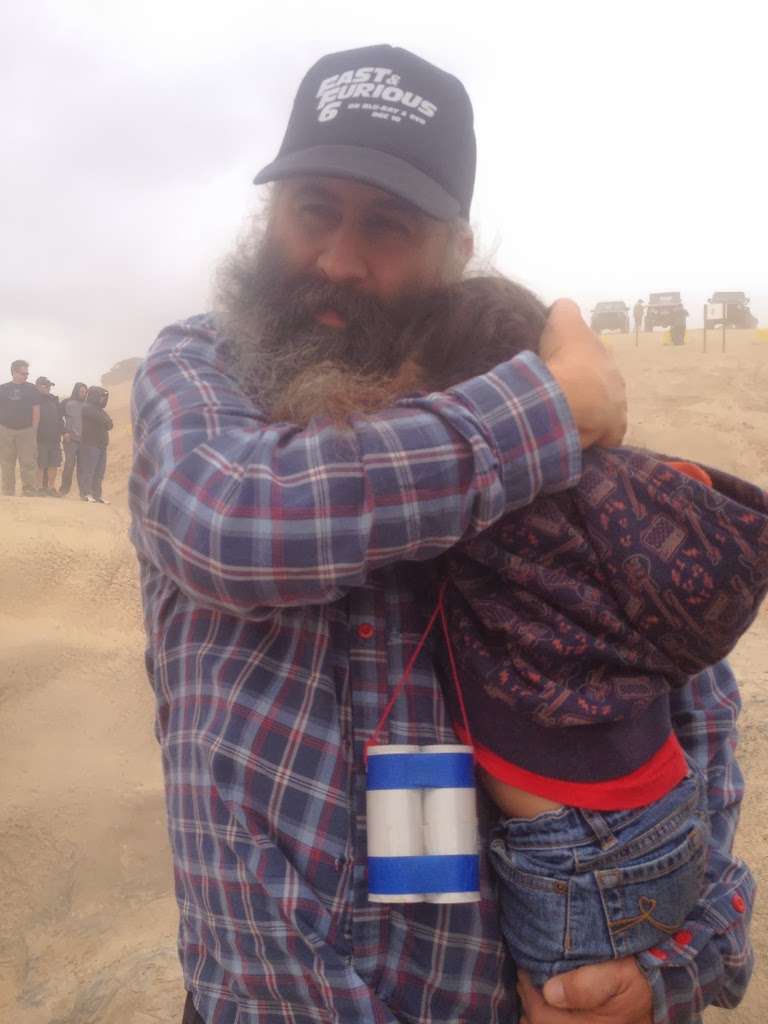 So we packed it in and headed out for some actual off roading or over landing.

The guys claim that these roads were mellow, but anything that involves unpaved roads it too rough for me. I tried to keep the anxiety down by reading. But then I finished the book. After that I was so physically tense I could feel a cramp in my foot starting.

But the views were pretty awesome. 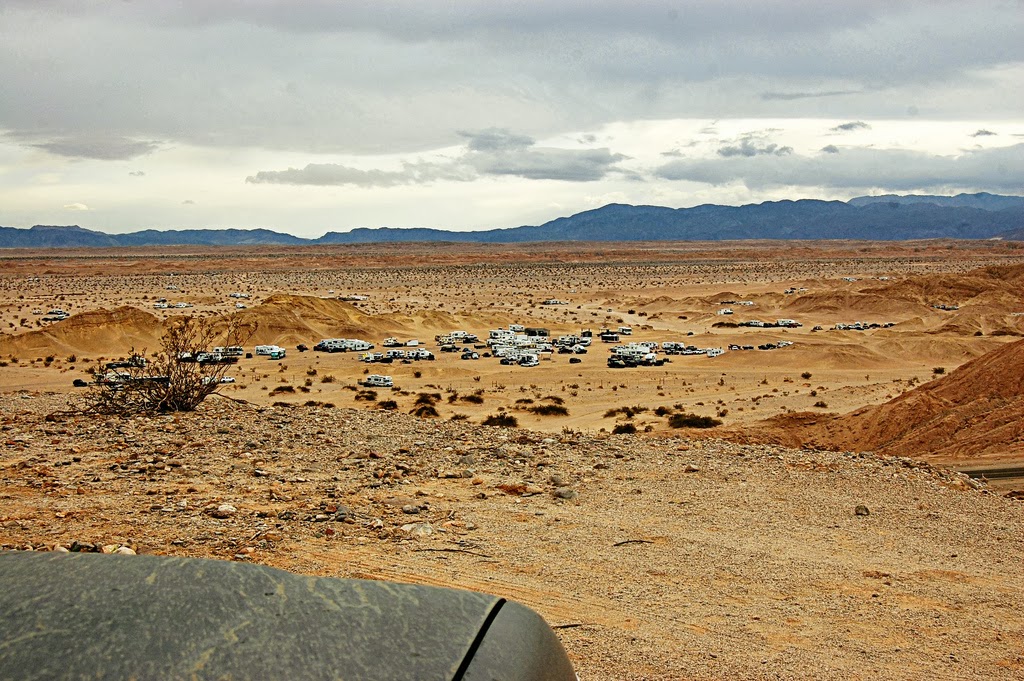 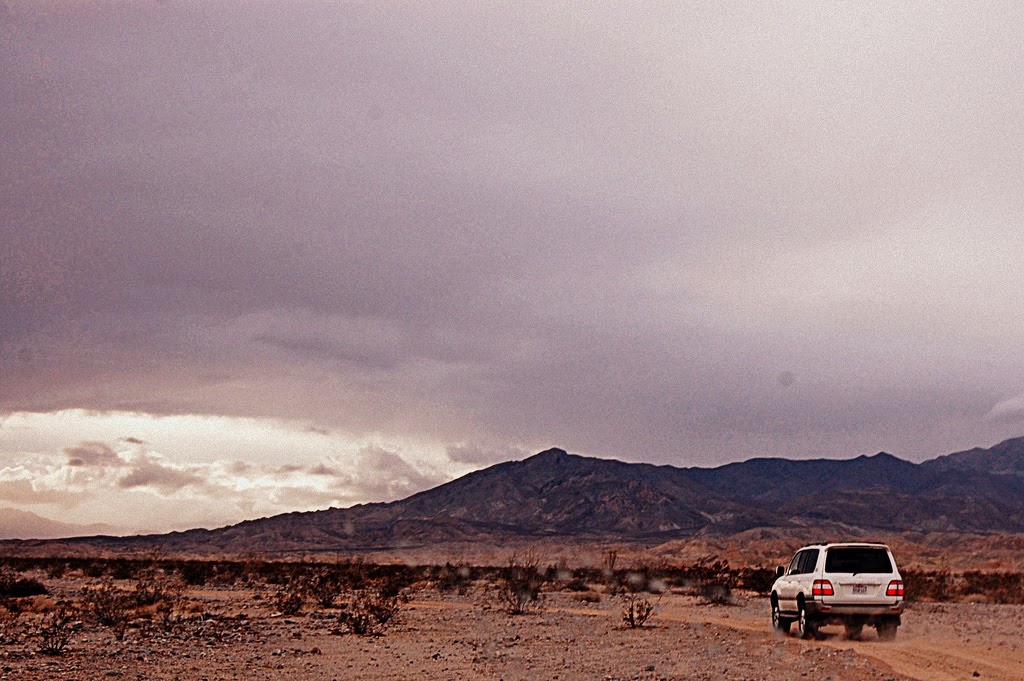 And who can resist these two. 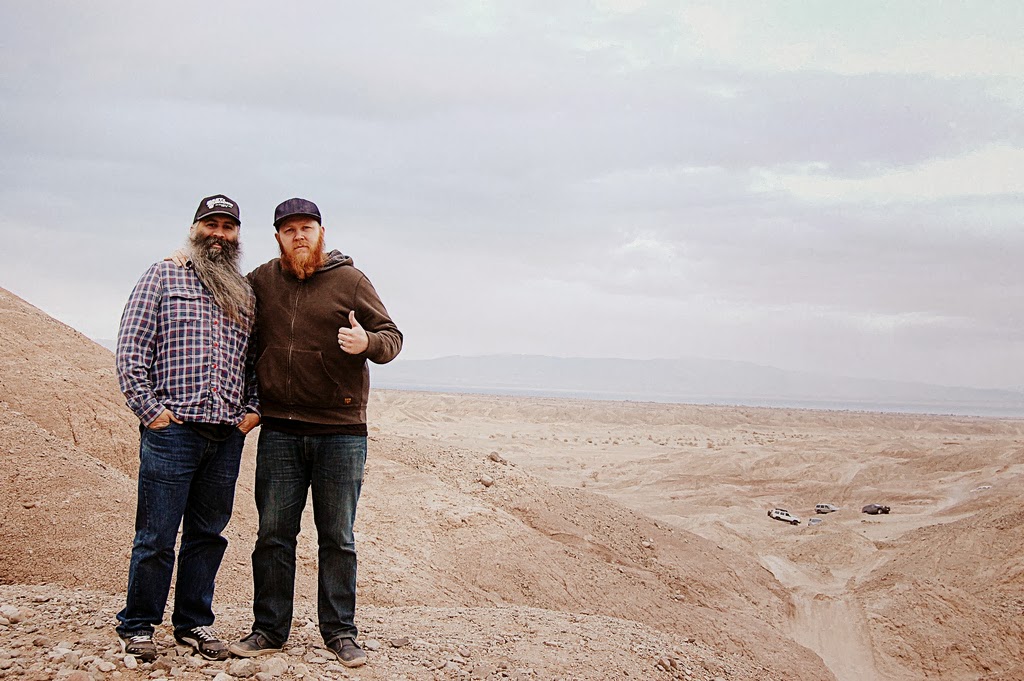