May the Odds Be Ever In Your Favor 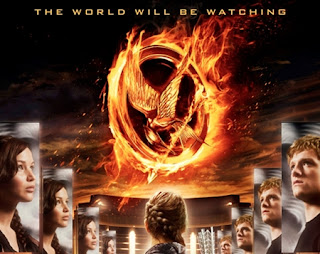 I read all the Twilight books, but the movies really didn't do it for me. I still have not seen Breaking Dawn. I have never read a Harry Potter book. This was evident when my Mom, Niece and Sister were trying to explain to me what Butter Beer is. (I still don't really get it). So when the Hunger Games hype started I didn't follow. Then I started my 50 books in 2012 challenge and a lot of friends started telling me I HAD TO read the series. So I gave in. And about half way through the first book I was hook. What an exciting and suspenseful story. I loved it. Then the movie trailers started. I really was hoping that they were going to make an amazing film. As I read the books I had vivid images in my mind of the people and the places. The first time I saw the movie trailer my eyes got all teary. That's how much this book got to me. 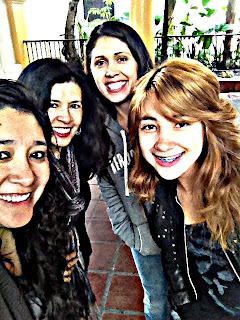 As the whole world knows the movie came out this weekend. Not only did I read the series, but my Sister, Niece, and Mom (she is currently reading it) did too. So naturally we all had to get together to see the movie. 3 generations of big ol' book nerds. I bought our tickets for Sunday on-line and we got there almost an hour early. We got great seats and we had some nachos (in honor of Elaine.)

The movie was AMAZING.

Just in case you don't want to know anything about the movie, or have not read the book don't keep going.


Right away I was blown away by the scenery. District 12 was much more detailed and vivid than I imagined in my mind. My niece saw the movie at the midnight showing and warned me that she cried 3 times. So I knew that there would be tears. And of course I did cry, but only twice. 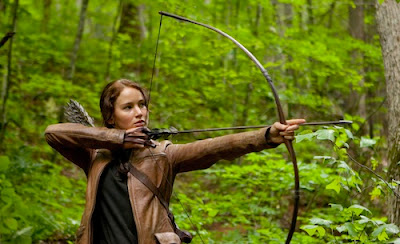 The first time was during the reaping scene. Even though I had seen that scene a bunch of times on TV and the internet it still got me. Katniss standing up for her sister. I am a big sister and this hit home. Although the closest I have even been to having to risk my life for my sister was when we found out my sister's kidney's were messed up and there was a very very slight possibility that I may need to donate one of mine to her. SO not the same as volunteering for a fight to the death.

The second time I cried was when Rue died, because that shit was sad yo! It was sad in the book and even sadder on screen. The actors really nailed the characters and brought a really great story to life.

As with all movie adaptations they did leave a few things about. The realtionship between Gale and Katniss is not really well established. If you had not read the books you wouldn't really get how close they are. They also change the way that Katniss gets the Mockingjay pin. There is no explanation that the mockingjay was a symbol of the rebellion. In the book the pin was given to her by a school friends. It was a piece that was passed down from a family member who had fought in the rebellion.  This is a pretty big piece of the story, since the Mockingjay plays such an important and symbolic role in the next books.

So tell me. I know you saw the movie too. What did you think?

And here is a funny spoof I saw on-line today....