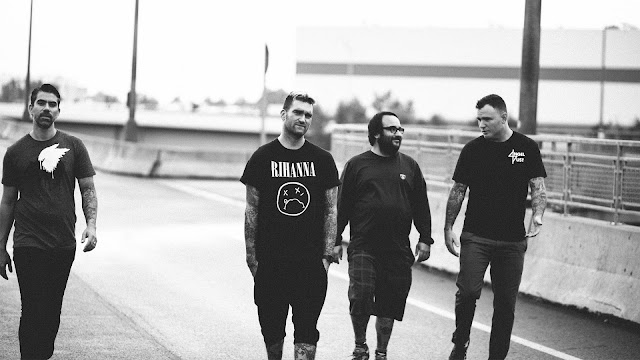 I had to wait a month to use my 40th birthday present from Joey. Like all mature 40 year olds all I wanted for my birthday was to see my favorite pop punk band New Found Glory on their 20th anniversary tour. The weeks crawled by and finally the big weekend was here! We went all out and bought tickets to the Saturday and Sunday show in San Diego at the House of Blues. My awesome work boss got us a hotel for the weekend for my birthday. We stayed at the Palomar Hotel right next to the House of Blues.

We dropped the kids off with some awesome friends and started the trek down to SD. We hit a little traffic but it was nice to talk to each other without our kid filter. We got into Downtown SD and our first obstacle was parking. A week earlier we started looking into overnight parking. The hotel was charging about $50 per night! Everywhere else we looked was even more! We looked into airport long-term and even hospital long-term parking. Instead we found a lot a few blocks away for $12 a night. Score!

The hotel room was gorgeous! And best of all it was just for us two!

We headed out for a quick bite of burgers and a cold beer at Barley Mash. Then it was almost show time. We had heard about a pre-party at the House of Blues bar starting at 6pm. What we didn't know was that they were only letting in the first 100 people. We were probably the 110th and 111th people so we did not get in. (sad face emoji). So we stood in line with the rest of the regular non-pre-party peeps.

Even waiting in line for an hour is fun with Joey and without kids whining that they are bored or that their feet hurt. When we got into the venue my jaw dropped because it was so small! Even better we walked up to the front of the stage. Joey went to the bar and grabbed 2 tall cans and we stood around for another hour until the opening act hit the stage. 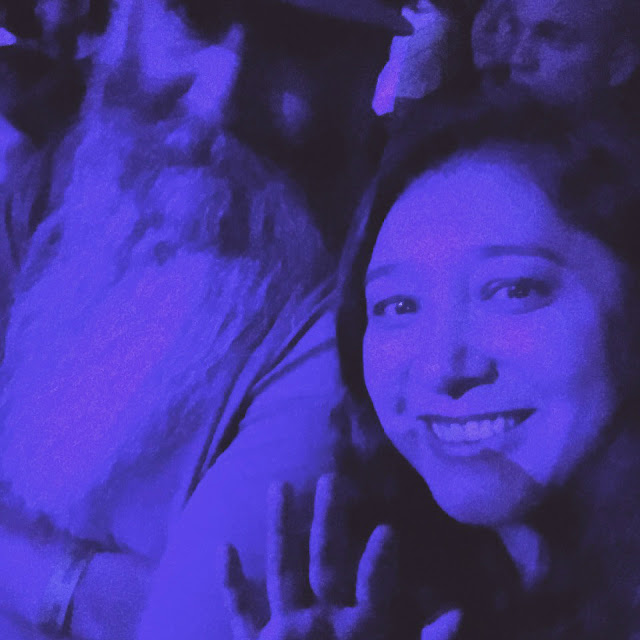 So remember that pop-punk bank with the kid with the long blond bangs whose big hit was a cover of Summer of '69? Yea I hadn't thought of The Ataris for a long time, but there they were. Looking a lot older (join the club) but sounding really good. No more long shaggy blond hair, more like no hair. But sounding just as good as the days when New Found Glory opened for The Ataris!

Then the moment I had been waiting months for finally happened and it was everything I hoped for and then some. The set opened with a short video highlighting the bands journey over the last 20 years. And then some "Never gonna give you up, never gonna let you down..." and then BOOM there they were... 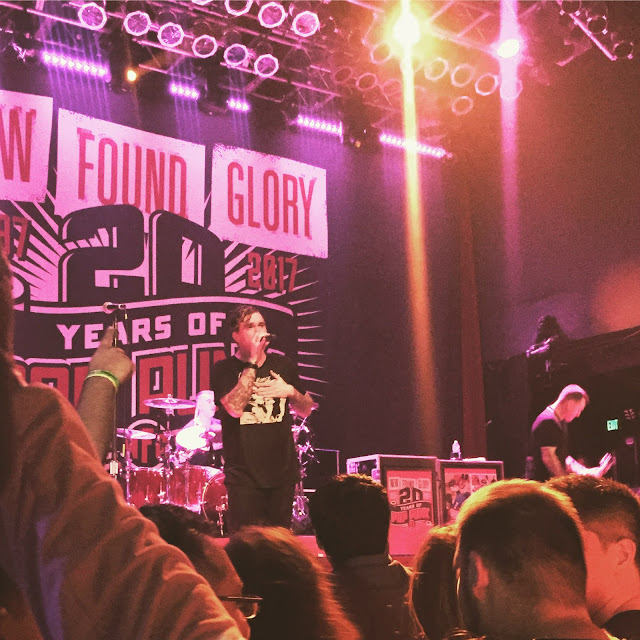 I was a sweaty mess by the third song. I was screaming lyrics at the top of my lungs. Jumping and fist pumping like it was 2001. The played their Sticks and Stones and Resurrection albums and it was so absolutley the best time ever. 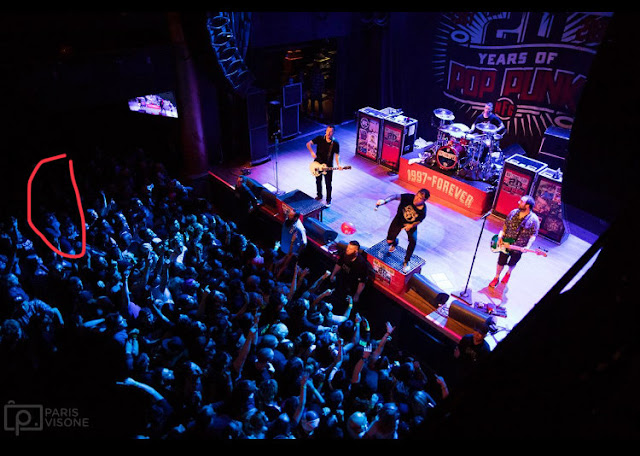 For the next two hours it was non-stop pop punk rock. By the end of the night I was gross and sticky and my voice was mega hoarse and I was on a big adrenaline rush. 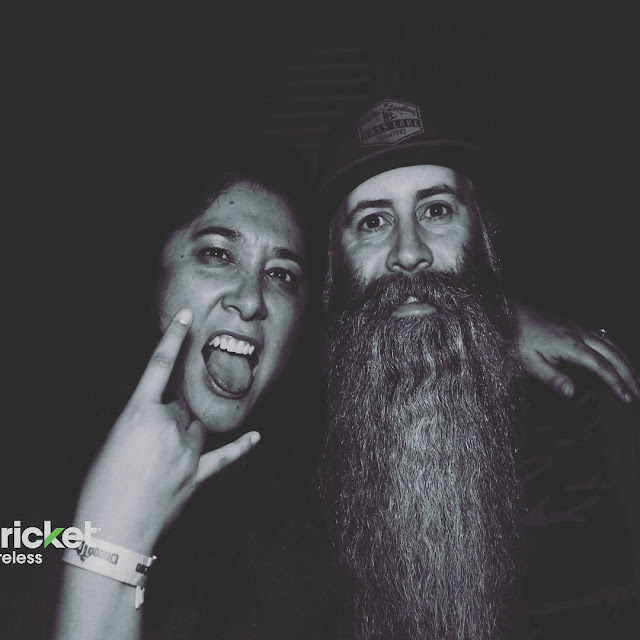 After a good nights sleep we woke up to explore San Diego. We had a big breakfast in Old Town and took a leisurely stroll through some shops. Then we drove into North Park to window shop and to try out some new beers at the Modern Times brewery. Then it was back to Downtown where we scored free street parking! We hit up one more brewery. This time Resident Brewery where I had a really good beer called Perky Blonde.

For night two we were determined to get into the pre-party. So we lined up even earlier and got the coveted wrist band. We headed into the bar where Modern Times was pouring beer and cold brew coffee. We got to chatting with Lo from Modern Times and learned a lot about this awesome company. Then it was time for the show!

This time we were even closer than night 1. EEKKK! And this time we stood stage left. Right is front of dreamy Chad the guitar player! 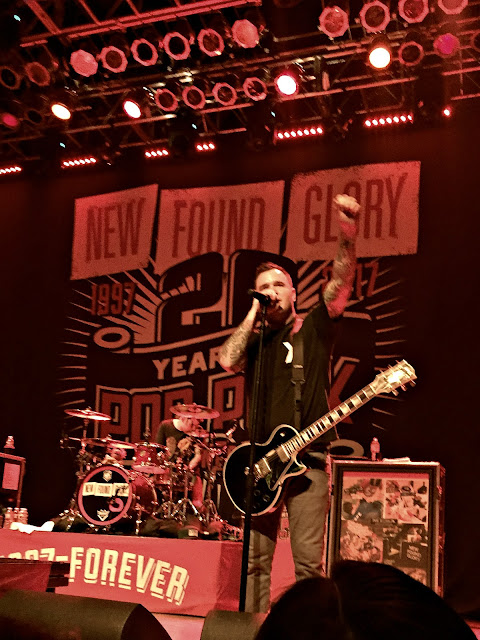 For the Sunday show they played the Self-titled album which includes my favorite song "Sincerely Me" and their movie soundtrack cover albums. So we got to hear songs like "Kiss Me", "Never Ending Story", "My Heart Will Go On" and even "King of Wishful Thinking" 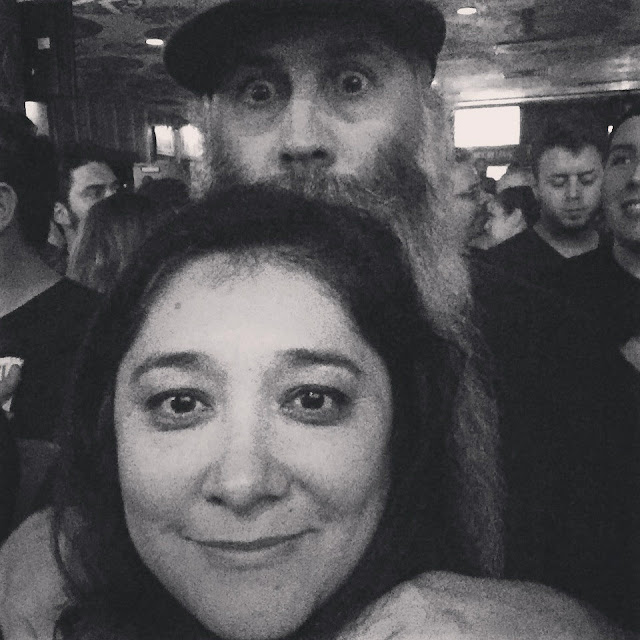 Were we older than most of the people there? Yes, but we weren't alone. New Found Glory was celebrating 20 years, and are about my age. So their fans age range is big.

NFG lyrics speak to teens of all generations and then 20 years later those teenagers grow up and then those same lyrics remind you of those good times when you were a teen. Or in our case reminds us of the time when we fell in love. 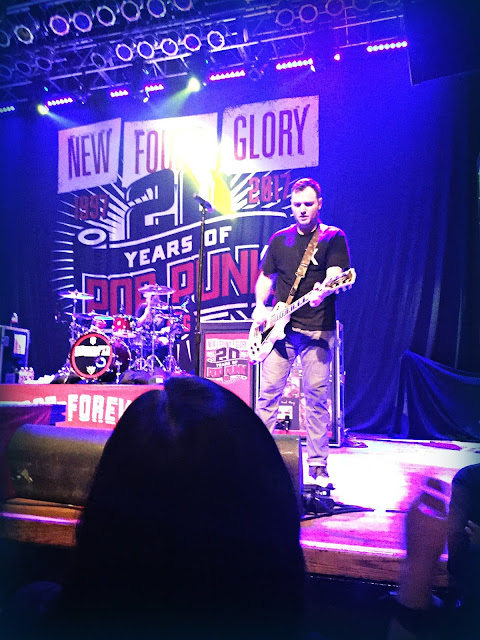 It was so fun for us to relive our punk rock show days. It was like no time had passed. It was still me dancing and singing with my ever steady body guard Joey standing right behind me keeping the mosh pit from knocking me over. 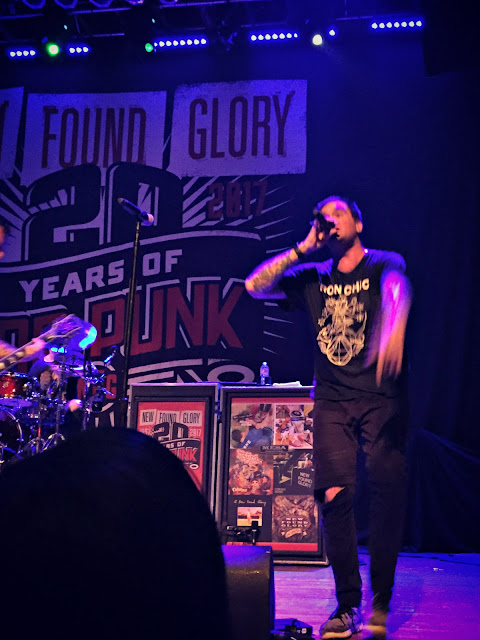 There are some differences between 2003 punk rock show us and 2017 punk rock show us. In 2003 there were late night post-show meals. These days we are exhausted afterwards and 2 kids to rush home to. And I don't remember being so sore the next day.

The weekend was epic and one I will never forget. It was a reminder of how alive live music can make you feel. How much fun singing along with your favorite band is. How freaking awesome my husband is and how much I love to be with him.