Sea World with the Girl Scouts

Chances are you bought girl scout cookies earlier this year. You may or may not wondered where that money goes. Well for each box you buy about $1 goes straight to the troop you bought it from. Cookies is a major fundraiser for us and our girls work so hard. Each summer we plan a big trip for the girls all funded by cookie money. This year we bought each girl a Sea World Fun Card and a behind the scenes tour. At no cost to the girl scout!

We went a few weekends ago and had such a great time.

Of course the moment we walked into the park there was one place Louie just had to go to... 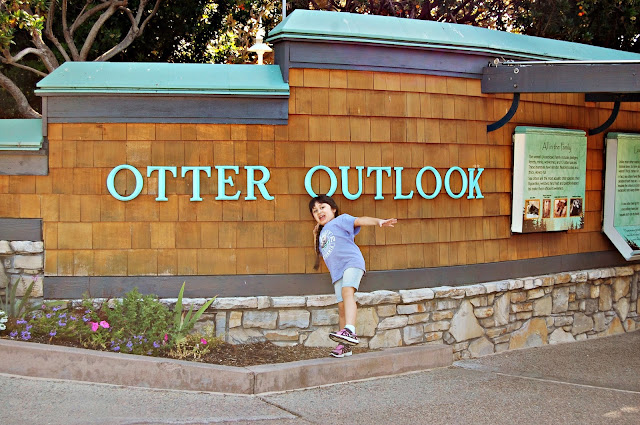 This would be the first of 4 different trips to the sea otters on this day. The last one was as we walked out of the park. She needed to tell them all good-bye and good night. 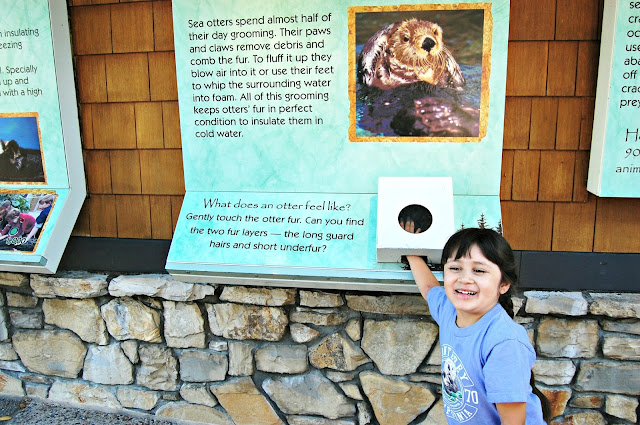 We had a few more minutes to check out some dolphins before it was time to meet the troop. 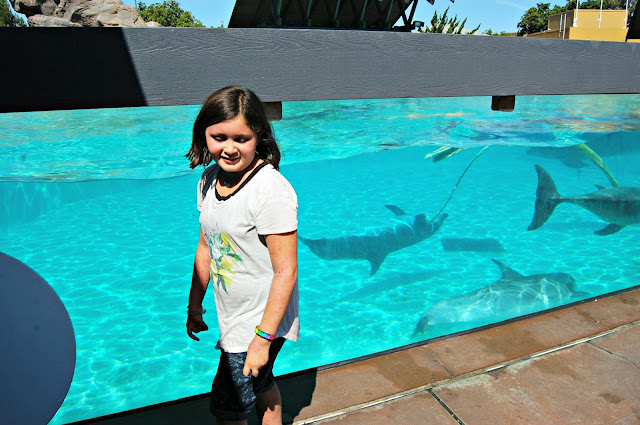 We met at the group tour and were happy to be reunited with all our Girl Scout friends. 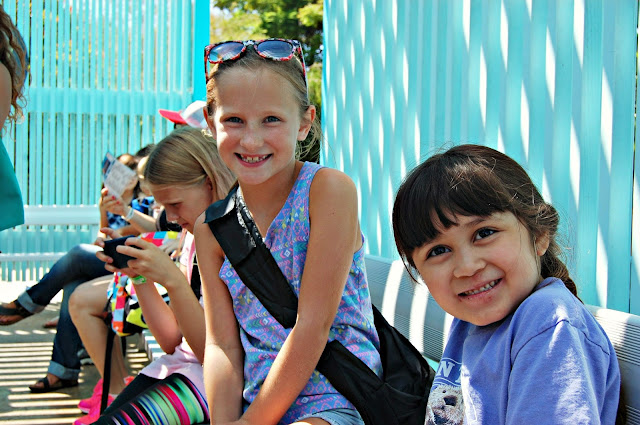 We have a really big troop and had a great turn out for this trip. 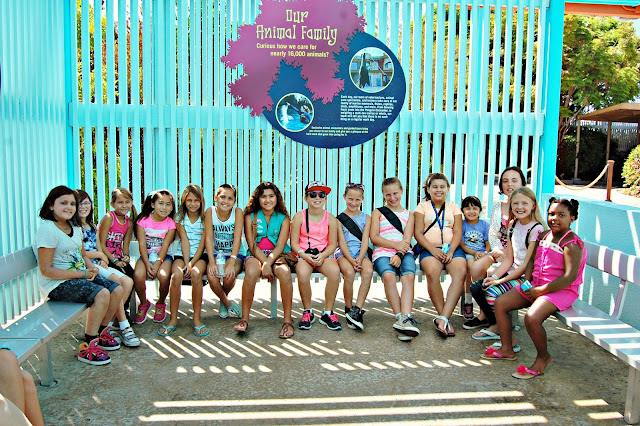 And off we went on a behind the scenes tour of Sea World. Here we go behind the gates! 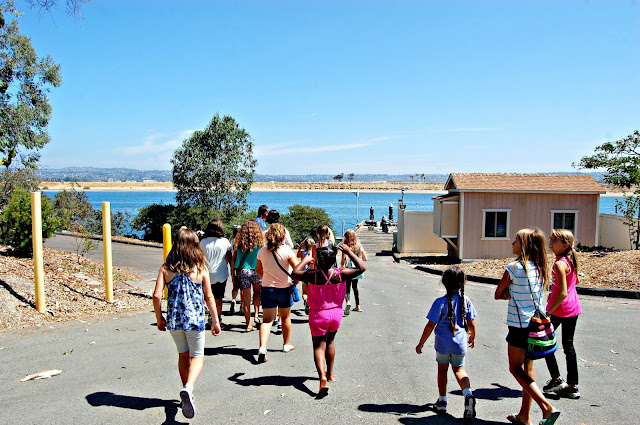 We got to see these really cool archer fish. They would spit water to knock down food from branches. We got to touch shrimp, starfish and even jellyfish! 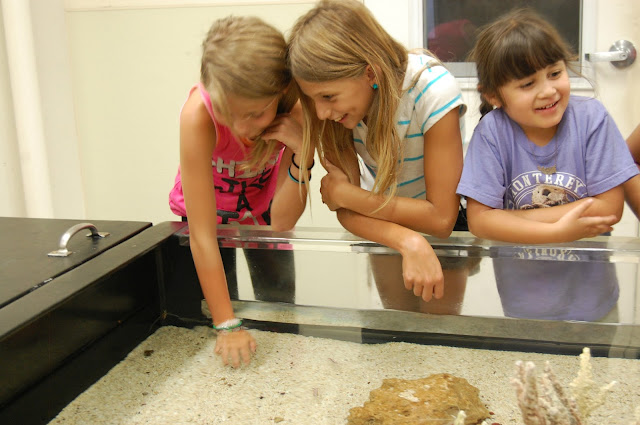 Even Phi touched a jellyfish. 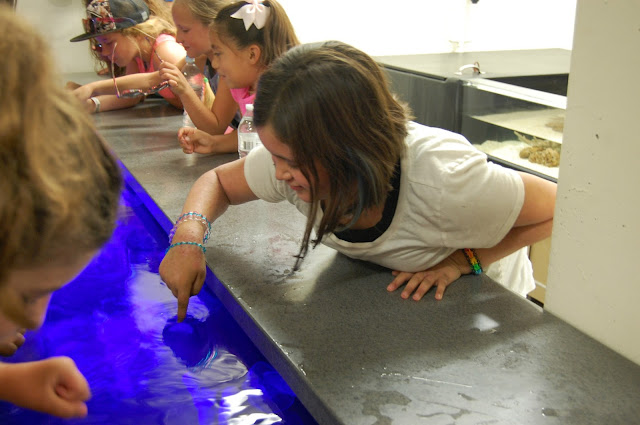 We continued the tour by heading to the dolphins that are being rehabilitated. We passed by the flamingos on the way there. 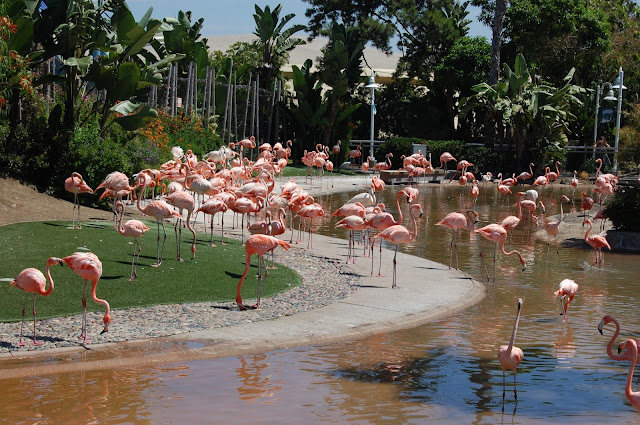 It was amazing at how close we were to the dolphins. Of course we couldn't touch them but they swam right up to where we were standing. It was so cool until one dolphin got too playful and splashed half our group. 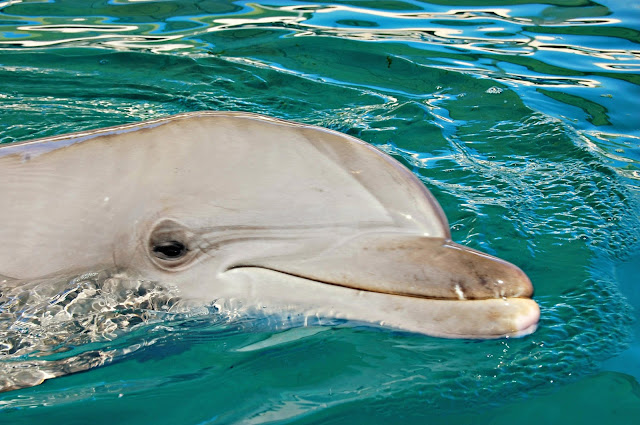 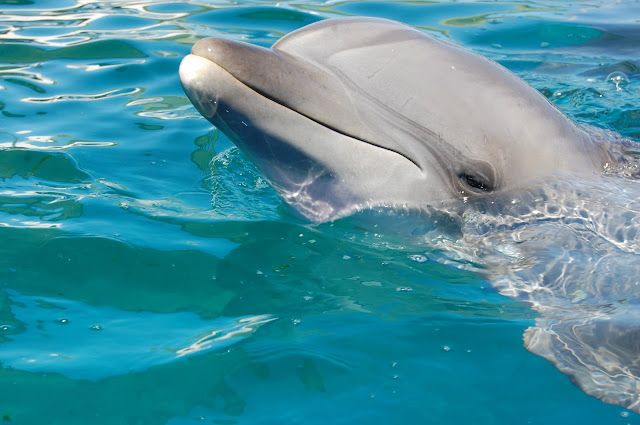 The last part of the tour was to the sea turtles. Here the girls got to be close and even feed lettuce to the turtles. 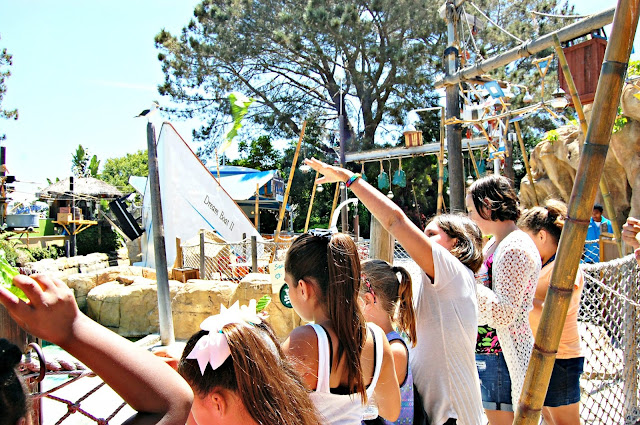 After the tour we stopped for lunch and then met up again at the Shamu Show! Still as great as ever. Before the show started they explained that because of concerns by the public the killer whale show is going to change. It will focus more on natural behaviors. Even the stadium will look different. 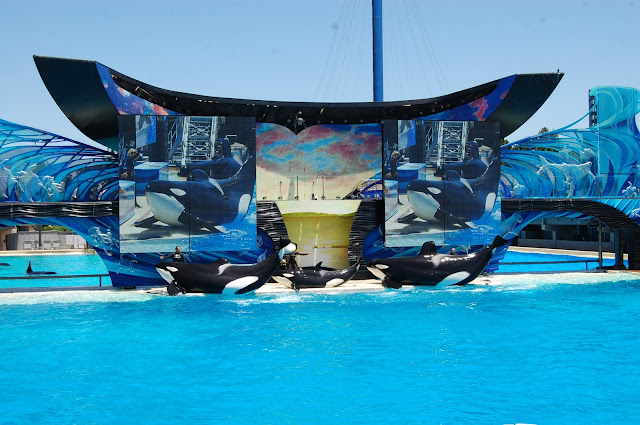 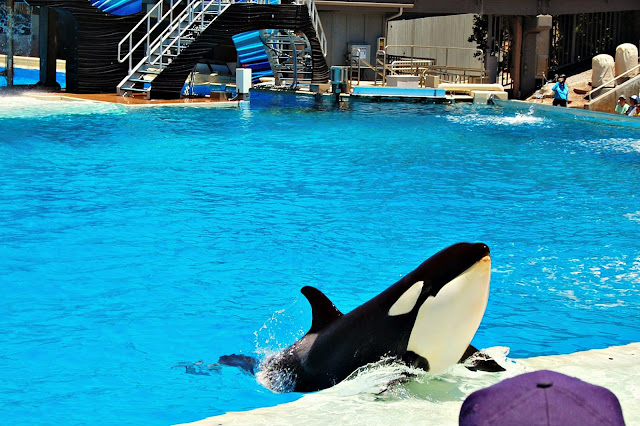 After the show we walked with some friends to the ride 'Journey to Atlantis'. Joey told Phi that she had to get on. She freaked. She cried. She hadn't been feeling well all day. But in the end she got on. What a trooper! 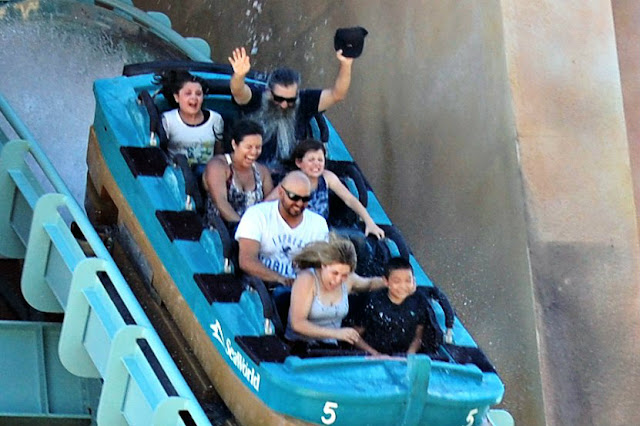 The day was hot so after the ride we headed to the Arctic exhibit to cool down. The ice wall helped a lot. 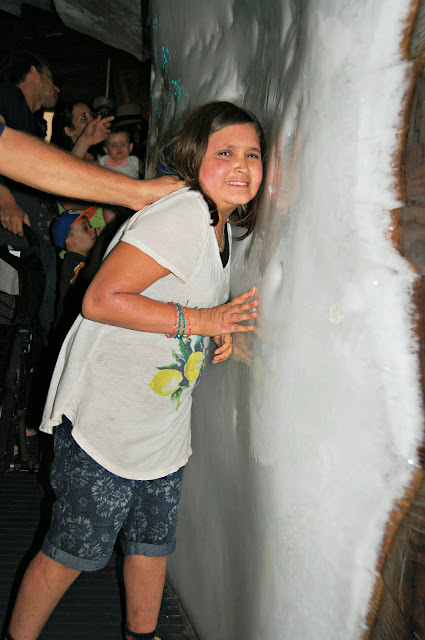 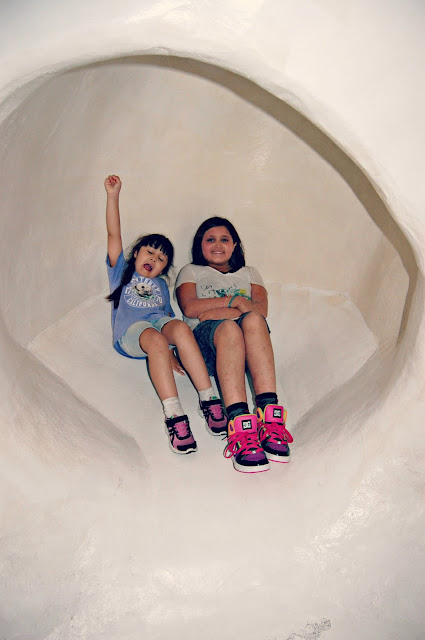 We also checked out the dolphin show. This was a really spectacular show! 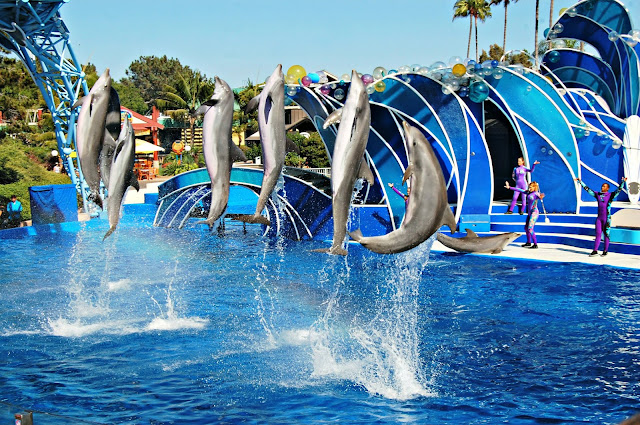 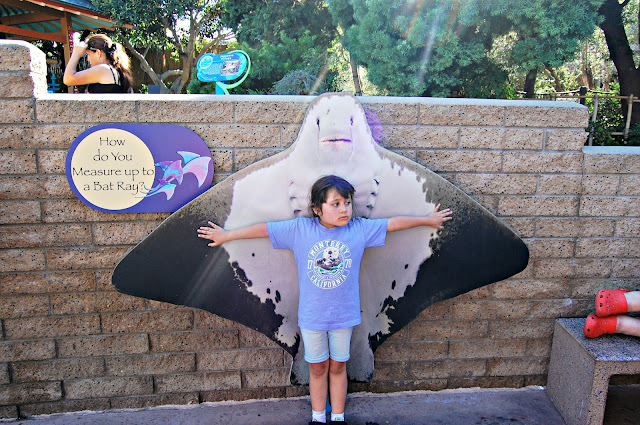 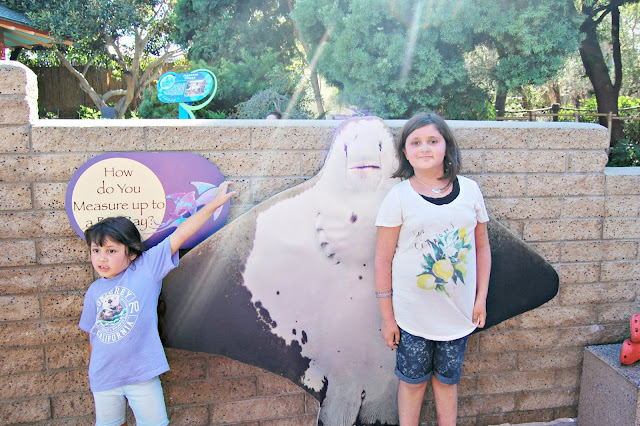 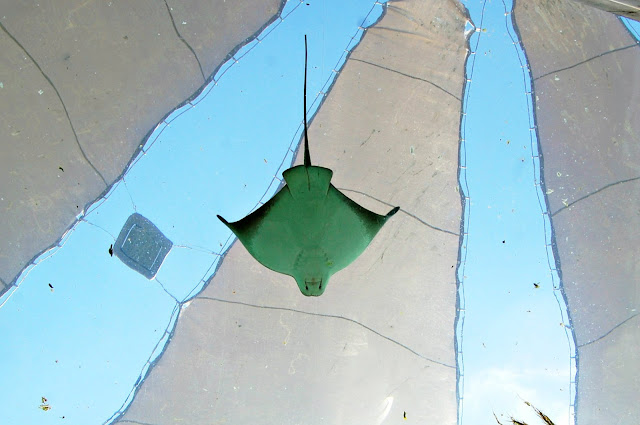 The seals were hard to miss. They were so loud! 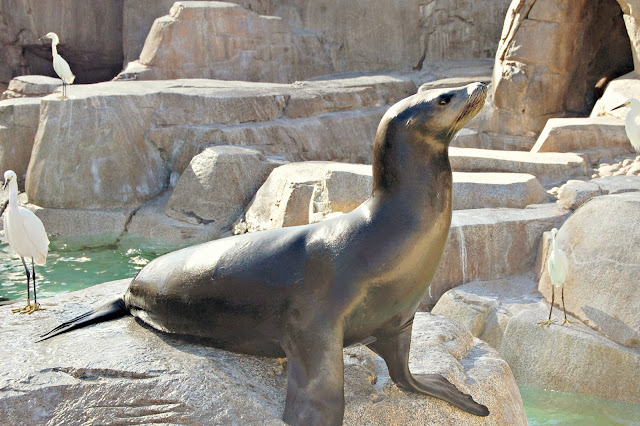 The last show we caught was the seal and sea otter show. This show was SO FUNNY! Of course the otter was a river otter named OP and Louie loved him. She even bought herself a new stuffed otter from Sea World and named it OP. As you can see OP is a DJ. 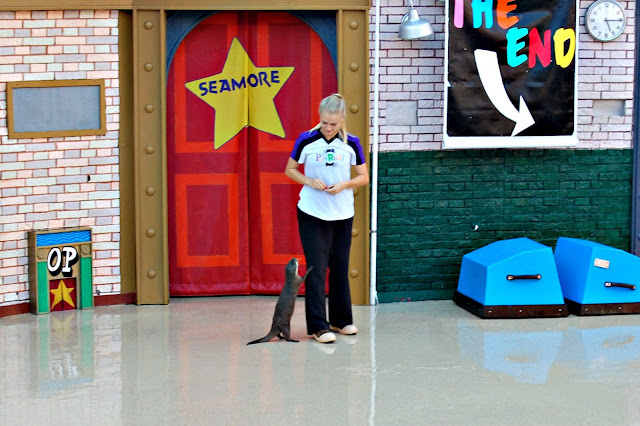 As usually we closed the park down and still did not see everything. The penguins were one of the last animals we visited. The last thing we did was ride the tower 350 feet in the air. It was awesome! 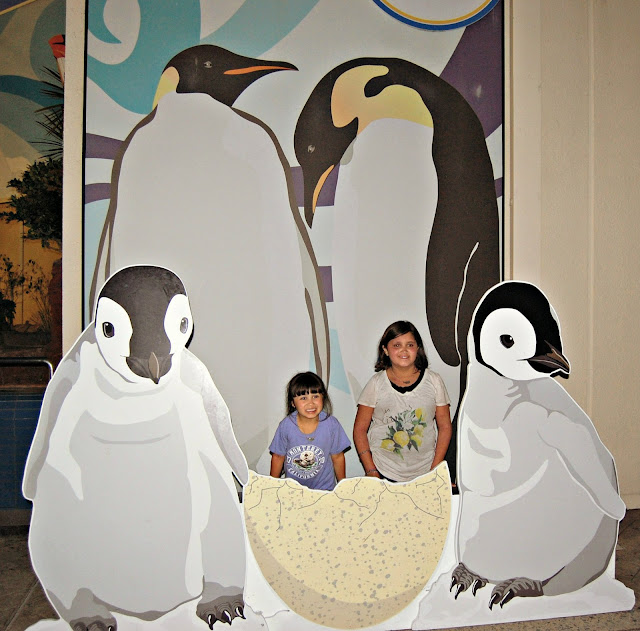