This was our 29th year at what to the Gomez family is the happiest place on earth, Bass Lake, California. This year we went about a month earlier than usual and we rented a house on the North side of the lake near Falls Beach. As we counted down the days until vacation our only concern was water levels. With the drough in California we were afraid the house would be far from the water.

We had absolutely nothing to worry about. This was our back yard. 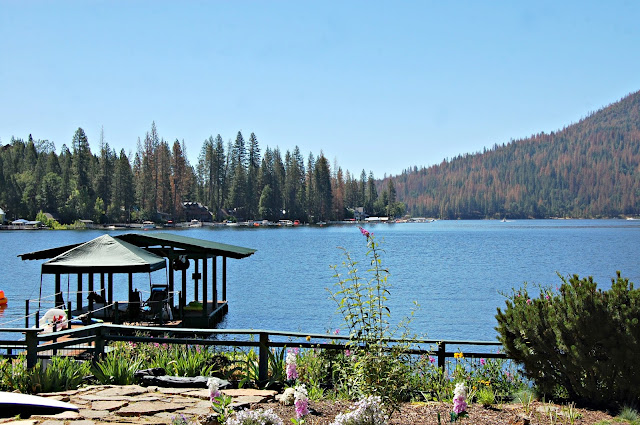 The drive was great and by Friday afternoon of day 1 we were settled into our rooms for the week and ready to get the vacation started.

As always the week went by way to quickly. We spent most nights playing Guesstures and Heads Up in the living room. 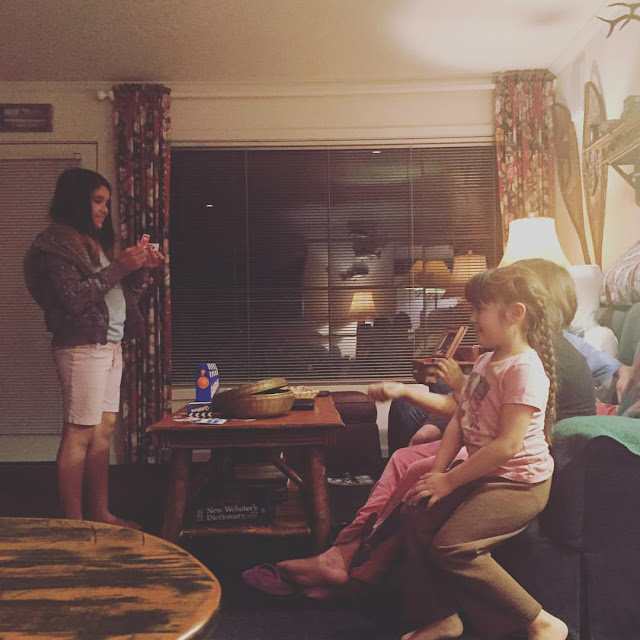 Of course one of the highlights is the big talent show. This year everyone came to win. Cari and Luis played a game where they let their kids put edible items in a paper bag, they were blindfolded and then they had to guess what they were eating. Yup pretty gnarly! One was a spoonful of ketchup. Oh heck no! 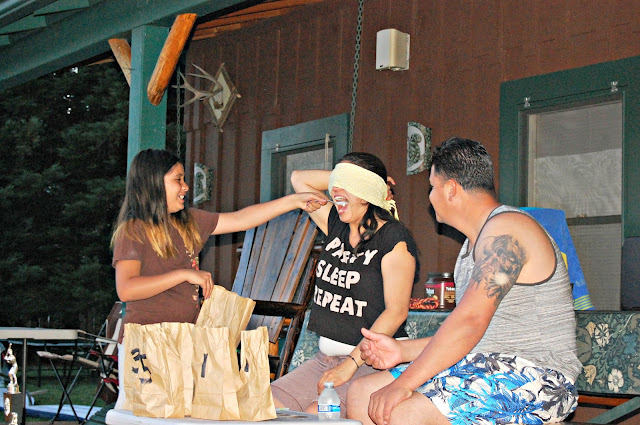 Elaine, Kelly and Ellie demonstrated that how only after 6 months of parenting they were able to understand every one of Ellie's cries. We all wrote typical baby dilemmas on a piece of paper. Kelly picked one and demonstrated the cry and Elaine had to guess what it was. Ellie just looked super cute. 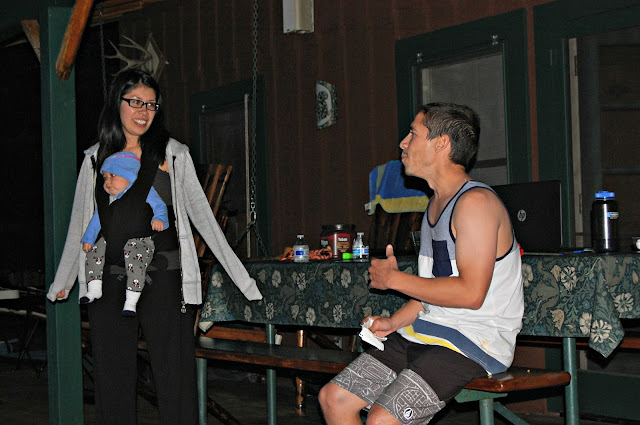 Next up was Nana and Tata. After some set up they started the show. With Chone narrating they told the story of Little Felix getting ready for the school Olympics. As you can see from the picture below it was hilarious. For the first few minutes I could not even shoot pictures because I was laughing so hard. Louie watched the entire thing with a very confused look on her face. She could not figure out how they were doing this. I still don't think she has figured it out. 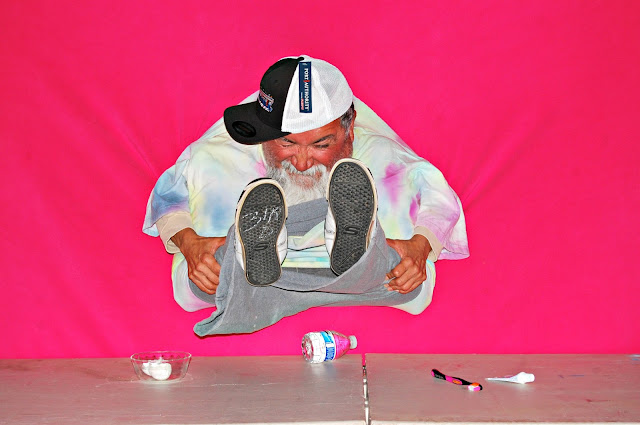 Phi and Louie did a skit all about a weird conversation with Louie. Every question Phi asked Louie answered by lip syncing a song. We had some technical issues with the sound but I was proud of the girls. They had practiced so hard! 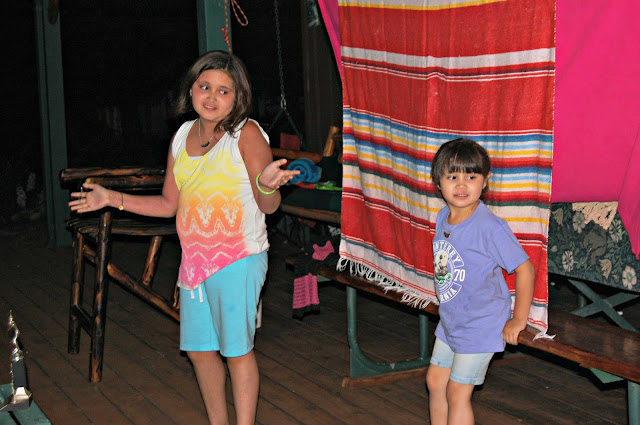 Lili, Felix and Chone did a hilarious video about a yu-gi-oh battle.
You can watch it here. CLICK ME

The big winners of this years talent show were Nana and Tata. Their skit was hilarious. Enjoy the trophy for the year! We are going to get it back! 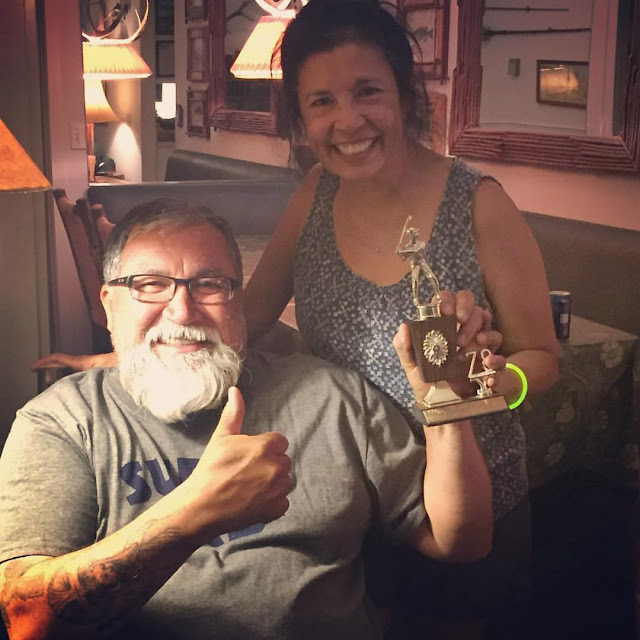 One of the best parts of being together for the week is seeing the kids all together. This was The El's first year and she loved watching her cousins play and talk to her. 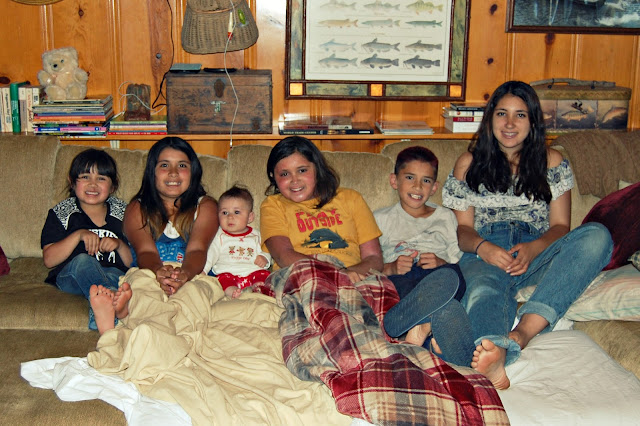 It feels like it was just yesterday that Chone was the baby we were passing around and putting into the lake for the first time. There are now 6 of these kiddos and they have my heart. Man I love these kids. 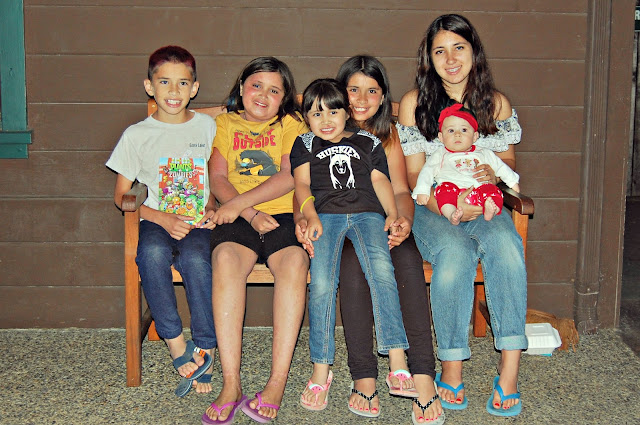 I think The El's is as tall as Chone's knee. And I bet she's taller than Louie in just a few years! 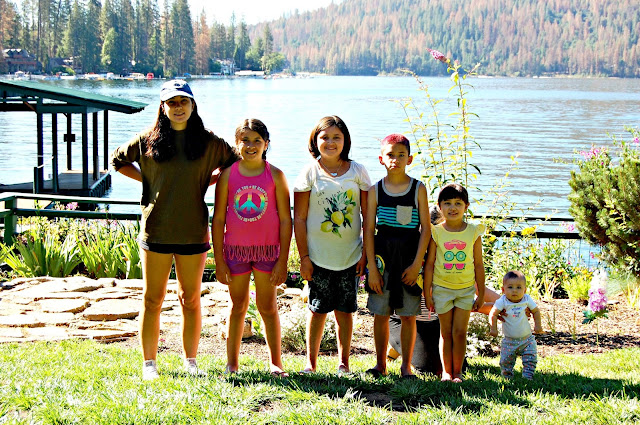 We all take turns making dinner. One night we let the kids make dinner. The made us spaghetti and meatballs with garlic bread. It was delicious. 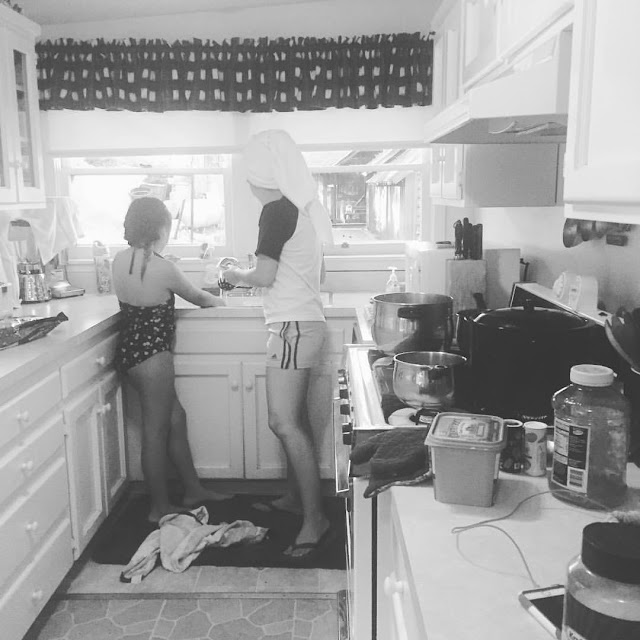 Our days were spent in the water. Lili and Phi were the last ones out every single day. 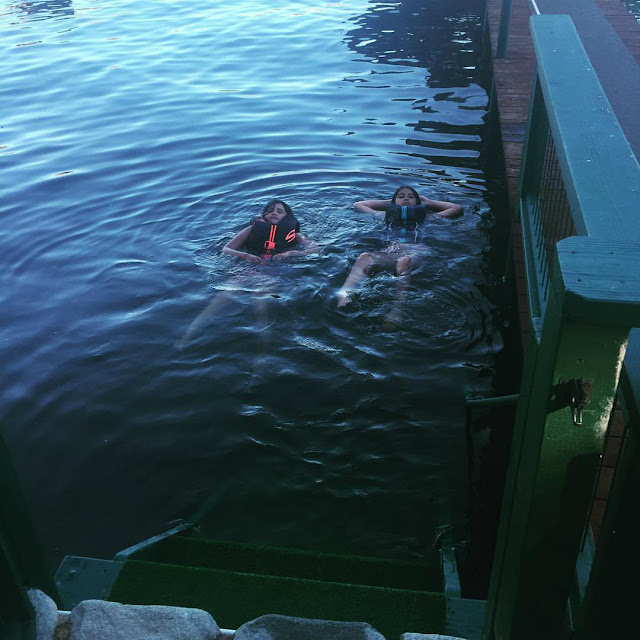 There were trips to The Pines and dinners at The Forks. We even celebrated Father's Day at Miller's Landing. 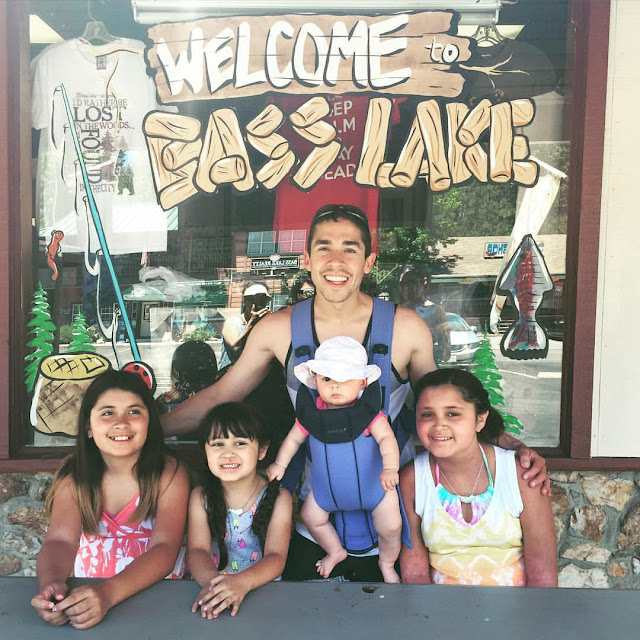 Being able to spend a whole week with The El's was fantastic. She is still so new and squishy. She is such a good baby. It strange because when Chone was little I was with her practically everyday. With Lili, Felix and Ellie the visits are too far in between. 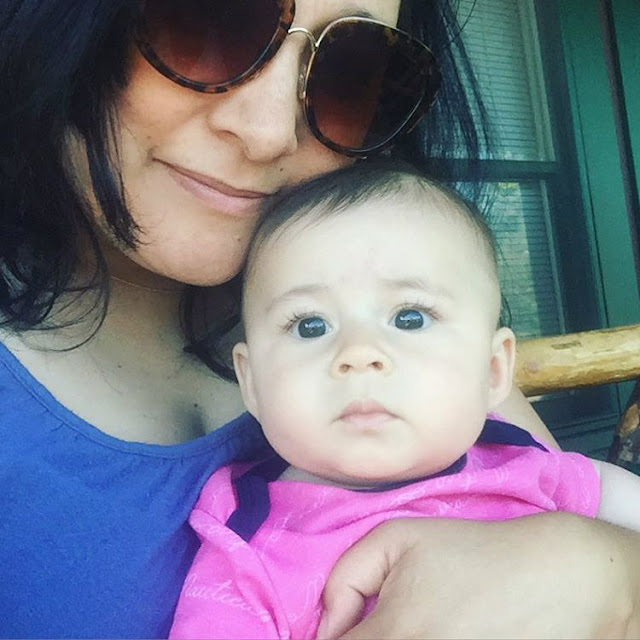 I don't think there is anything more relaxing than laying in a floatie and just floating on the water. Usually with a drink in my hand. 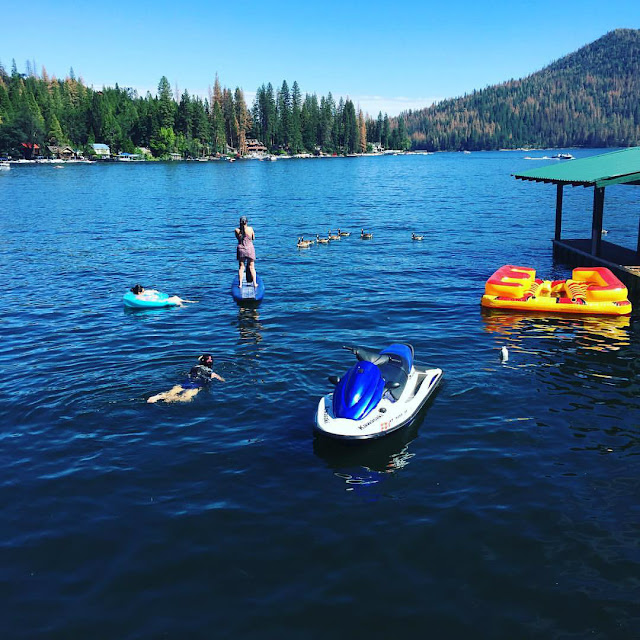 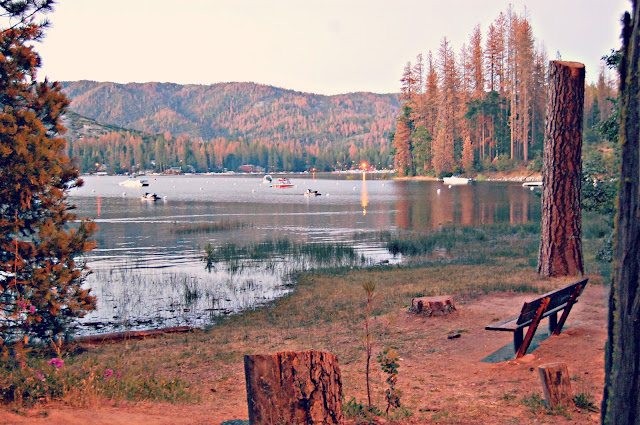 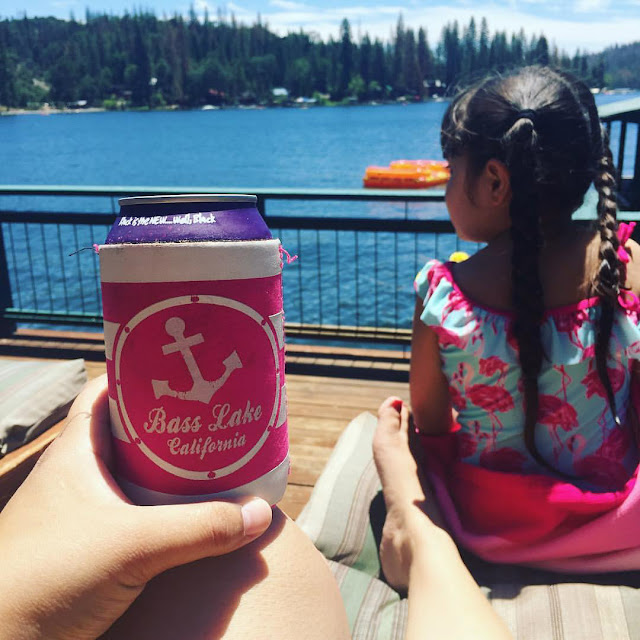 I think that my family could go anywhere together and have a good time but we are so lucky to be able to go to this little piece of heaven on earth. 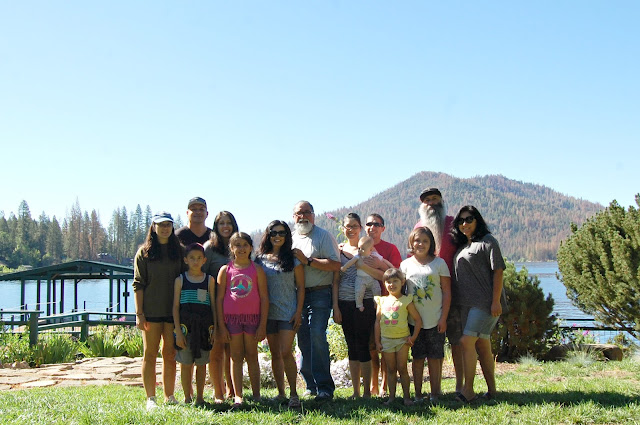 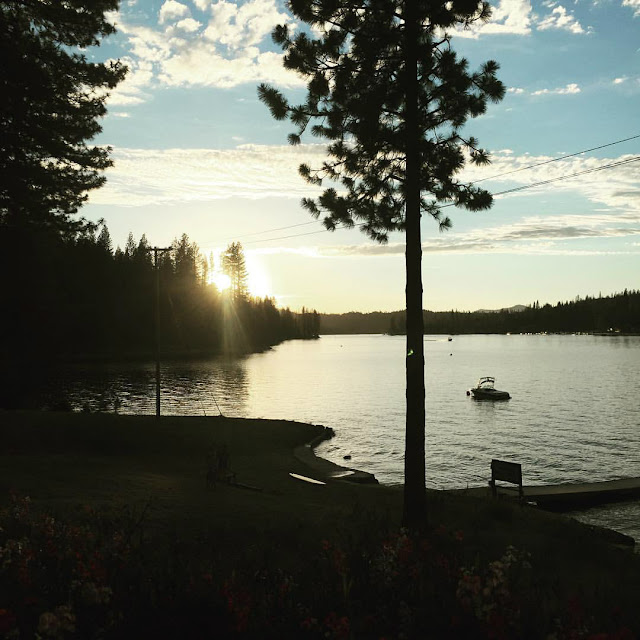