So you know that character from the show "Big Bang Theory" with the lisp?

I believe the characters name is "Barry Kripke".

Well the guy who plays that guy is John Ross Bowie.

A play about The Ramones.

I know what you're thinking. "OMG a play about a punk rock band! This is like perfect for you Elissa because you love punk rock and plays!" I could not agree with you more. And super lucky for me Brian Nitzkin, the producer of the play thought the same thing, reached out to us and invited us to catch a matinee of .... 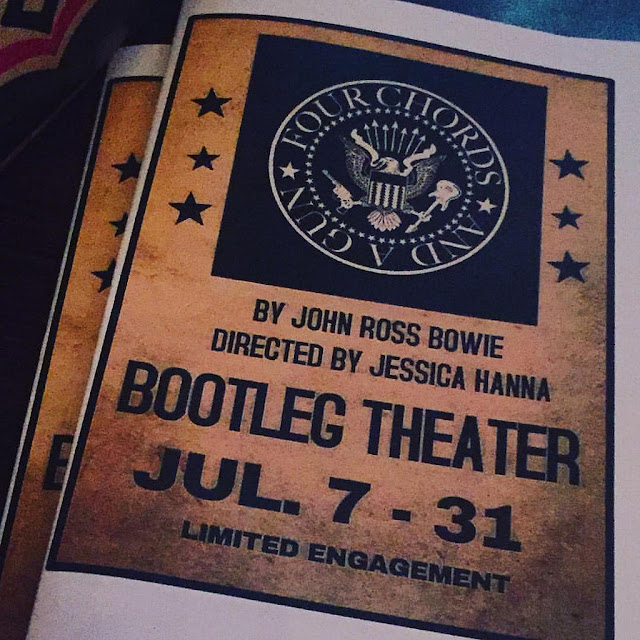 "Four Chords and a Gun"

I know, great title. We were excited to accept and on Sunday we slowed down the car and kicked the kids out to stay with family.

And we headed into LA to the Bootleg Theatre on Beverly Blvd. to catch the show. 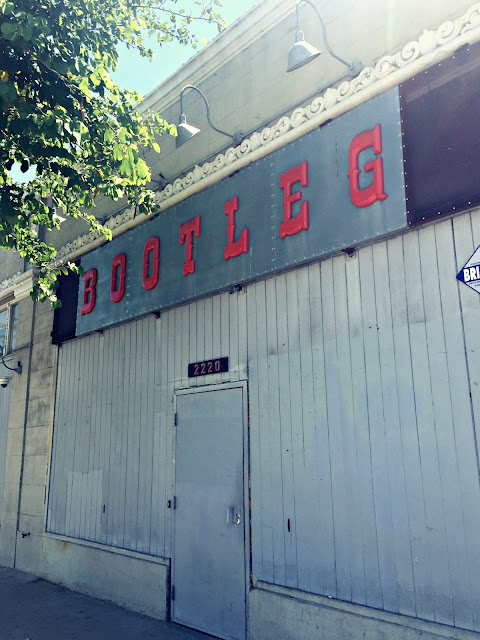 Now on a side note, child care is offered for the Sunday matinees but we opted to leave the kids with their cousins to spend the day swimming, but how cool is is that they offer child care right there on site?

The venue itself was very cool. We got in, dropped our name and felt super cool and important for a hot second and headed in. And straight to the bar. 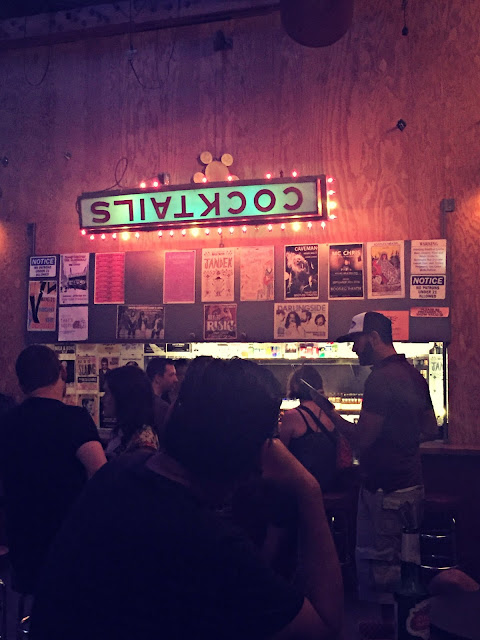 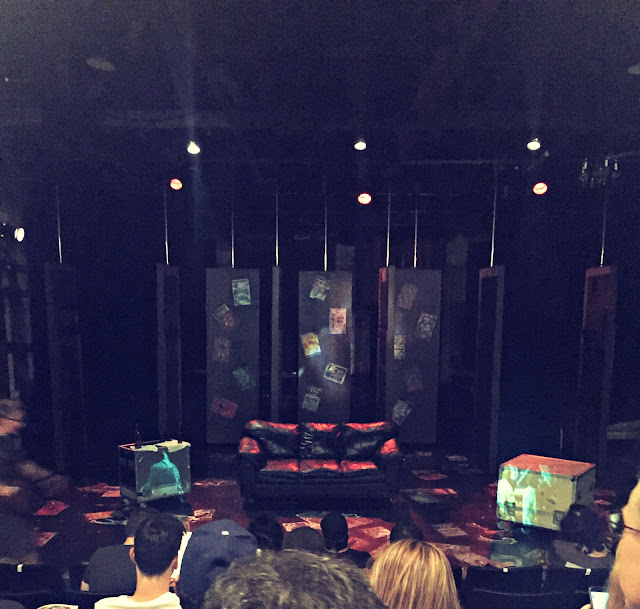 "Four Chords and a Gun" tells the story of The Ramones and the recording of their 5th album "End of the Century". After 4 albums, a big fan following, this punk band from New York that is known as the founders of American punk rock, was just not seeing the commercial success they had been working so hard for. So for the 5th album they team up with infamous Phil Spector, record producer extraordinaire. Between the craziness that is Phil and the drama between the band members the story has no lulls. The story grabs you from the first word and doesn't let go until the end. 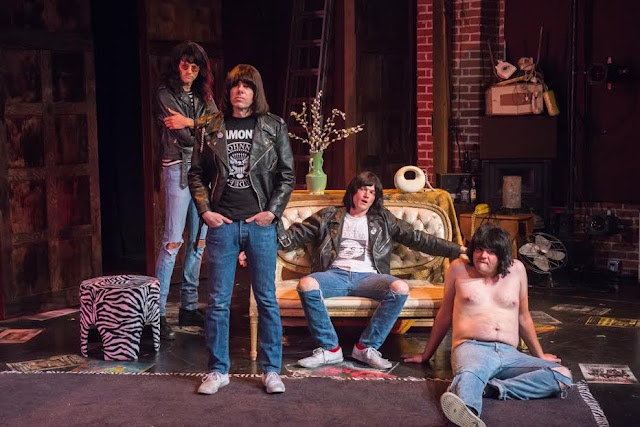 Now how much drama can 4 punk rock boys from New York have between them? Let's say that the drama is at mexican soap opera levels. We are talking sex, drugs, guns and capes. Big velvet capes.

After watching the play I had to a little side by side of the cast and the real Ramones to see how well it was casted. After the roughly 2 hour play I could not separate the real from the acting. You know how like after you see the movie Selena, and every time you try to picture Selena you see J. Lo?


Pretty damn good casting. Josh Brener as Spector steals every scene he is in. Even when standing next to 6 foot 5 Matthew Patrick Davis. So of course after seeing the play I am obsessed with all things Ramones. I spent the drive home googling every article I could about the band. Did you know that Joey Ramone once recorded with Debbie Harry?

You are probably thinking...

"I want to go see 'Four Chords and a Gun' but the run ends this weekend!". Well I have good news. The play has been extended for 2 more weeks. You can even head over bootlegtheater.org and get your tickets.