My Mother's Day with Frida Kahlo

I had a really great Mother's Day. Joey and the kids bought me Starbucks and flowers and lots of camera goodies! They also spent the day doing what I wanted to do. Believe me, this is very very rare that I get a day to "do what I want".

Of course I wanted to spend my Mother's Day with Frida. The Museum of Latin American Art has had a exhibit of Frida's photographs on display since March. It felt like everyone but me had seen it. And my time was running out. The exhibit is over on June 8th! So we piled in the car and fought traffic to get to Long Beach. 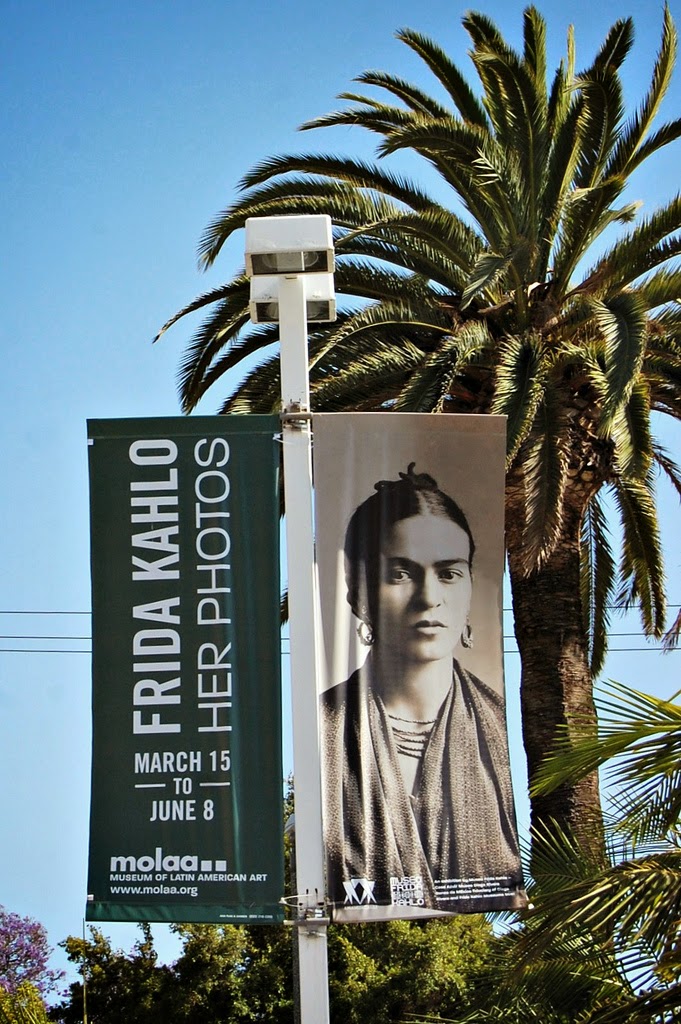 Of course there was a line to get into the exhibit. The line went from the doors to the exhibit across the lobby, down the hallway, outside and against the back wall of the building! Luckily it also moved very quickly.

While we waited Joey told me to go and browse the gift shop. Without the kids! I was actually able to look at stuff! Instead of having one eye on Louie and saying "don't touch that" over and over.

They also had a cutout to occupy our time. 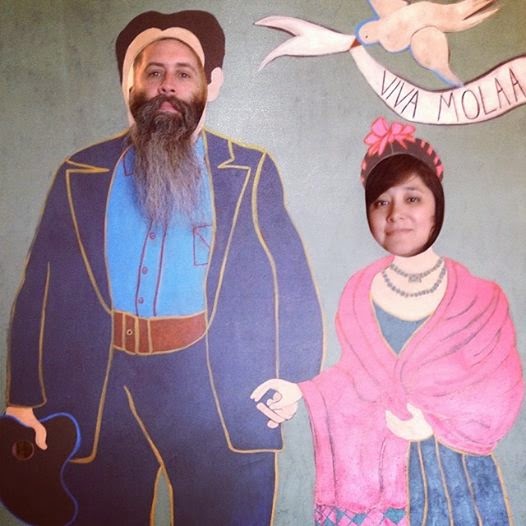 We spent about an hour inside the exhibit. I was able to literally stand and stare at her photos. What really got me about this exhibit where the photos that I imagined Frida took herself. It almost felt like seeing the world through eyes. It was like I was able to scroll through her Instagram. See what she wore, ate, hung out with.

The photos followed her life and the most emotional were those of her after her accident and the many surgery and hospital visits that followed. This photo was taken of Frida in a New York hospital. This was my favorite of the exhibit. It is beautiful and haunting and captures the pain and sadness. 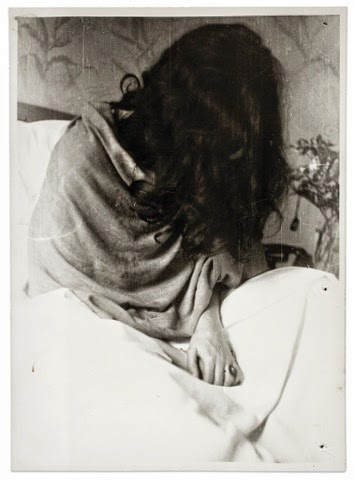 Equally as passionate were her photos of Diego Rivera. As much as I want to hate the man for being so cruel to Frida and not being able to keep it in his pants, I can't because she didn't. I get it Frida.  The love and sometimes obsession Frida had for him is evident in these photos. Especially this one.... 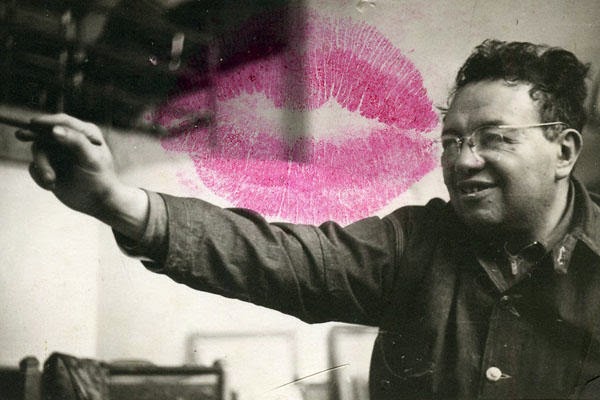 Yes those are her lips staining a picture of this ugly fat man who she absolutely adored.

After our time in the exhibit, we all wandered the gift shop together. 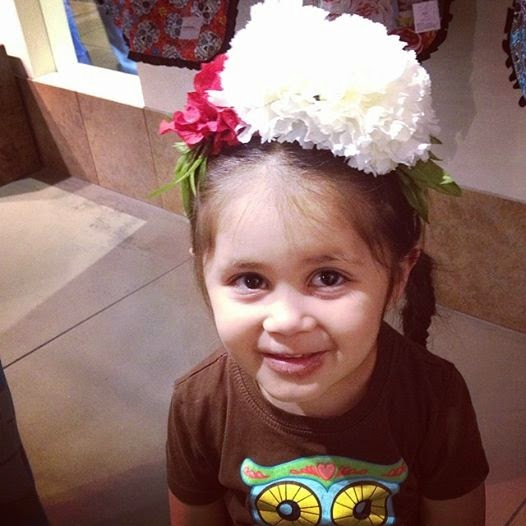 I think this exhibit sparked a small flame of love for Frida in Phi. She had a lot of questions about her. 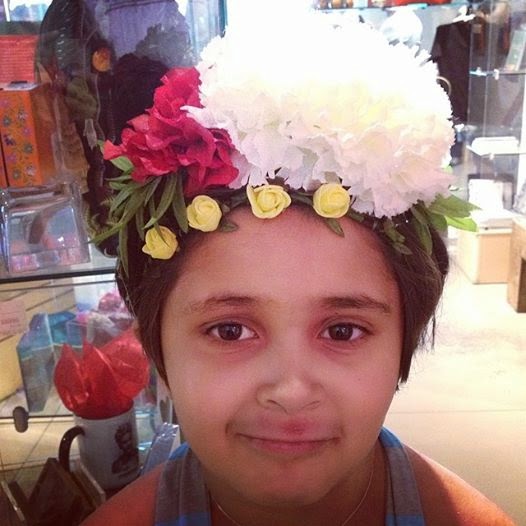 We also bought some small souvenirs of our day.  Phi bought a beautiful bracelet. Louie opted for a button. And I was sold on this magnet of a young Frida at about the same age Phi is now. 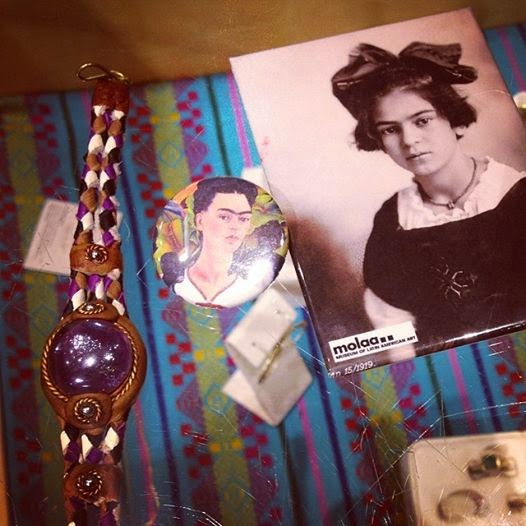 I was so happy to finally see this exhibit. It did not disappoint. In fact it did the opposite. There were so many more photos that I thought there would be. 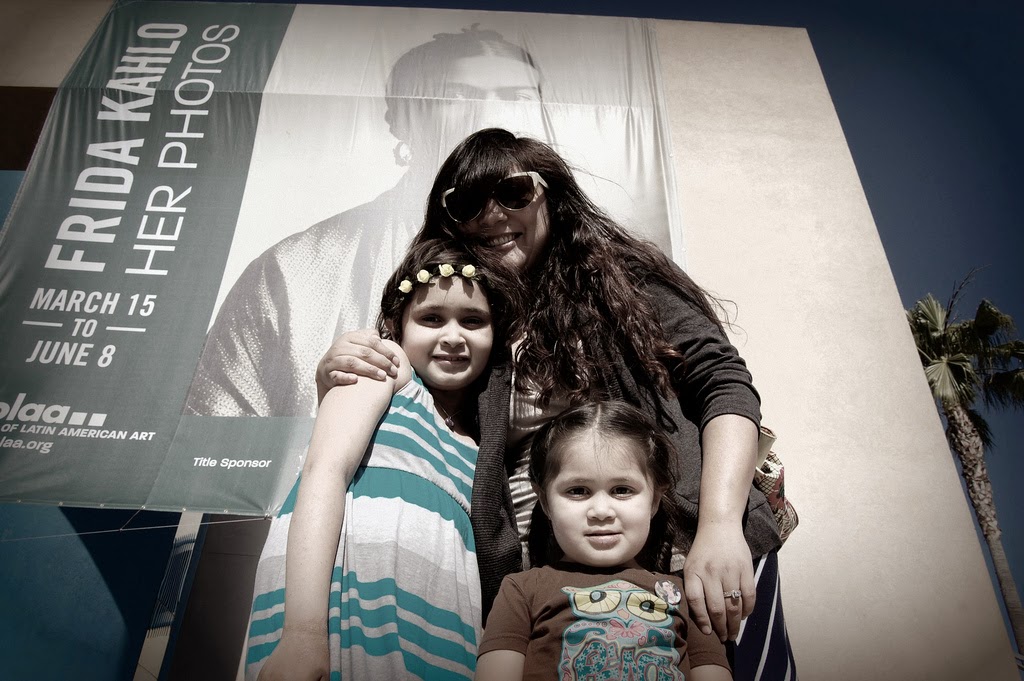 We spent the rest of the day eating dinner where I wanted to (panera) and having frosty floats for dessert.

It was nice to have a day for me. Since almost all the other day are about these 2 ... 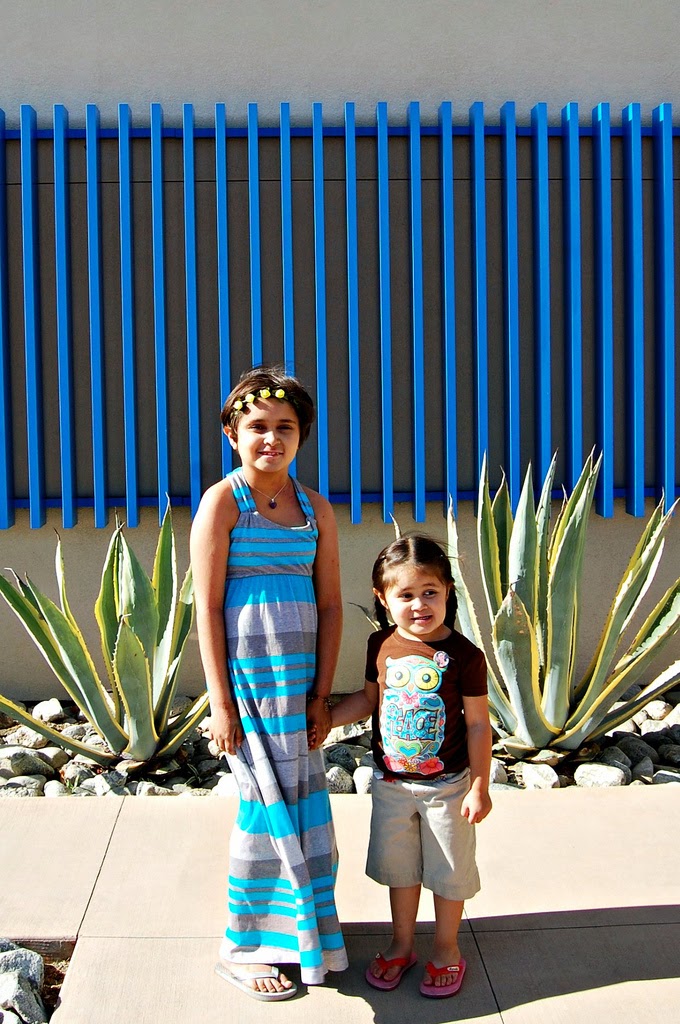