On Sunday we woke up again with no plans. If you know my husband than you know that "no plans" on a weekend is UNACCEPTABLE. He must go somewhere. So after a quick run on the inter-web he found that Wild West Days were going on over in Oak Glen. Nice! Close to home and up the mountain for a few degree drop in the weather.

So this time we put together a "get everybody ready" game plan and this time were out the door in about 1.5 hours. That is like Olympic timing good for us.

So up the mountain we went.

The event was at Los Rio Apple Farm. A place we have been to many times. They had the park area set up with some Wild West stuff. We had some cornbread made in a dutch oven. We got to see some guns and get a lecture about how The Phi should already be shooting. The man at the booth told us that we should take The Phi's favorite toy and make her shoot it. This would be a lesson in gun safety. How a gun will destroy something she loves forever. I found this probably effective but possibly traumatizing and extreme.

There were wagons to check out..... 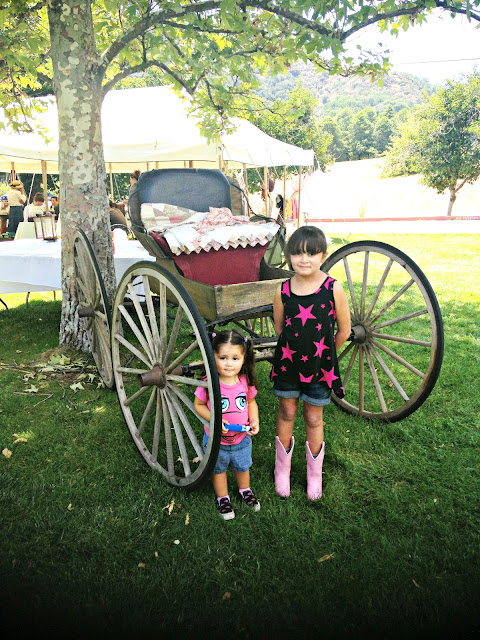 The Phi could not figure out where the DVD player gets plugged in. 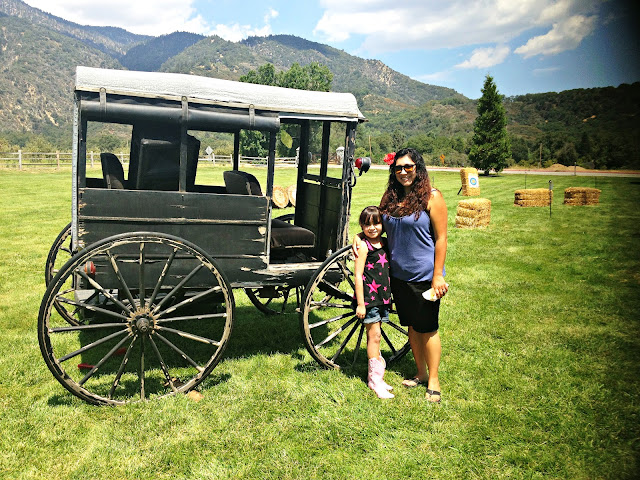 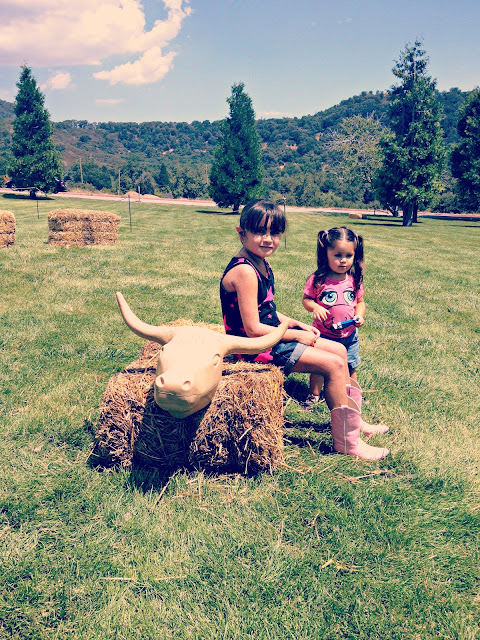 There was some western period clothes for the kids to dress up in. You will notice that neither girls thought this was fun..... 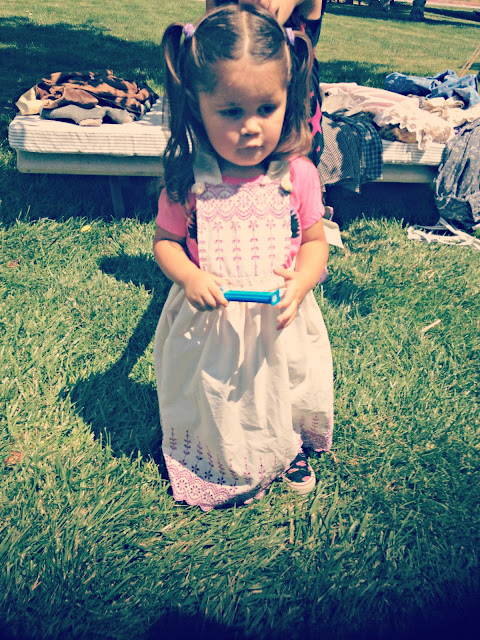 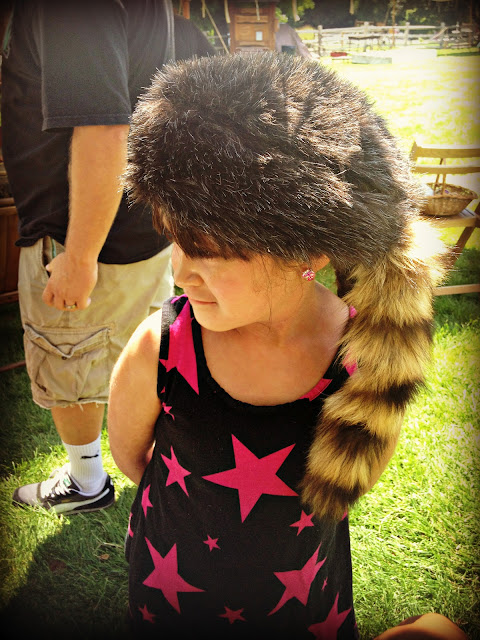 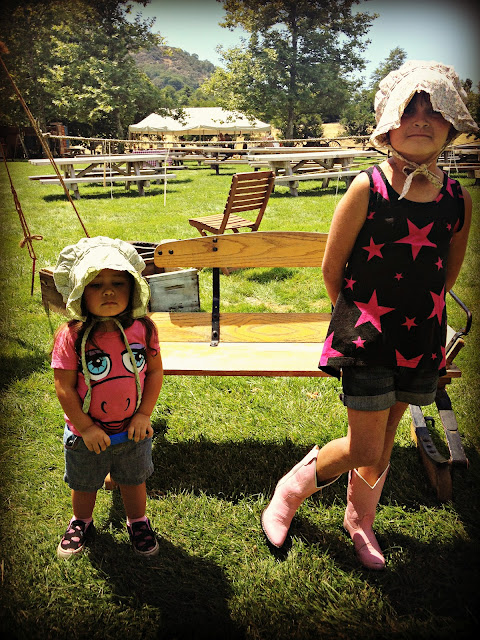 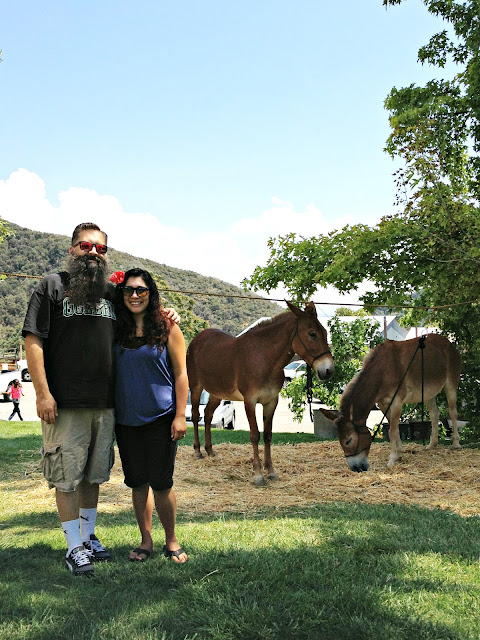 And the highlight was the archery. For $1.00 you could shoot 4 arrows. Since watching the movie Brave, The Phi jumped at the chance. She got better with each try! 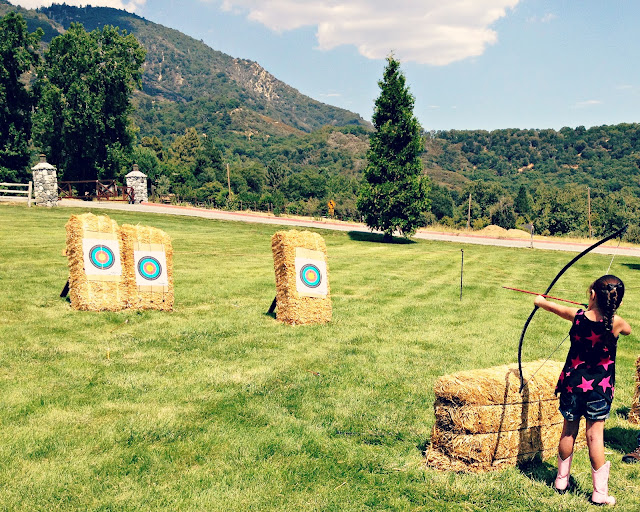 And because I watched the Hunger Games, I gave it a try too. I am no Katniss. But it was fun and wouldn't mind trying it again.

Then we bought tickets for a horse carriage ride around the orchards. At first The Phi was super stocked to be going on the ride. 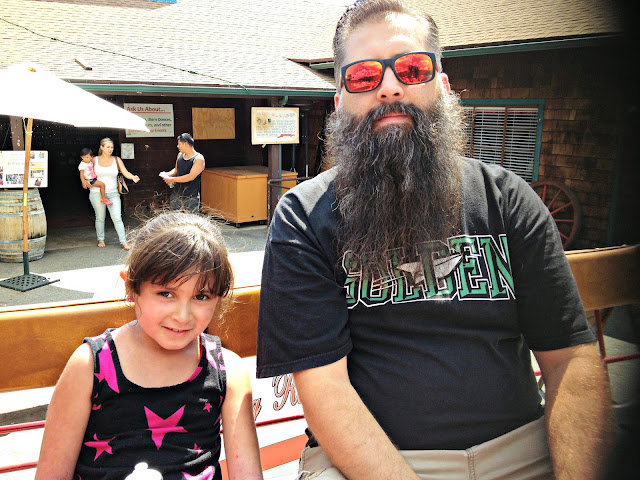 But it was hot and dusty and she was sweaty and a fly was bugging her. 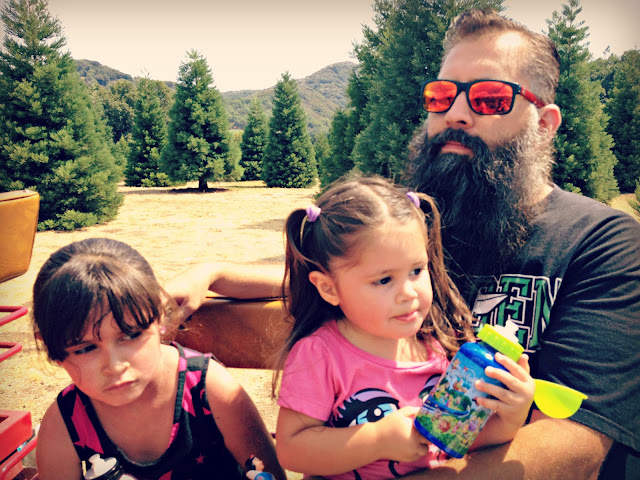 This was her face for most of the ride. 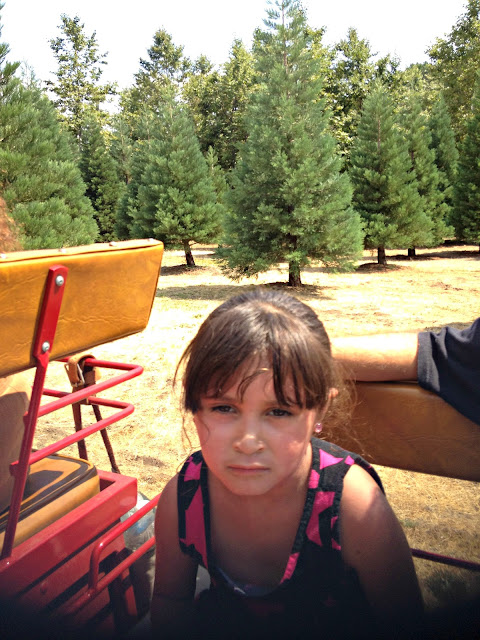 After Oak Glen we took a quick drive up to Forest Falls to get some info. We are thinking of taking a day trip up there soon!

Then we decided to hit up our new favorite Mongolian BBQ joint. A quick text to Uncle Matty, Karla and Kelly and they were more than happy to meet us there! Even Uncle Matty's Dad and GF were there! 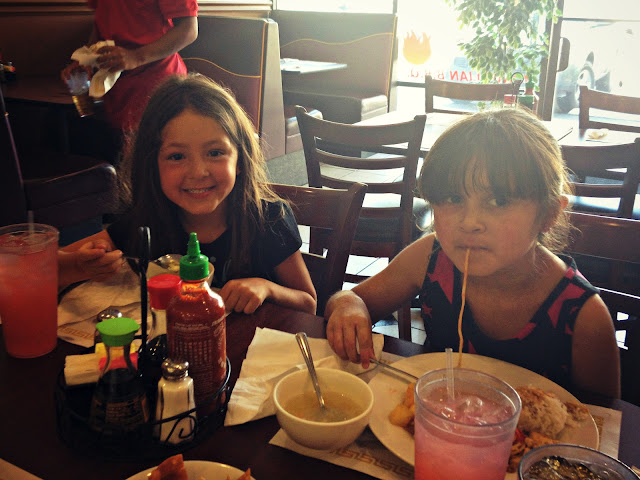 This bread is amazing! 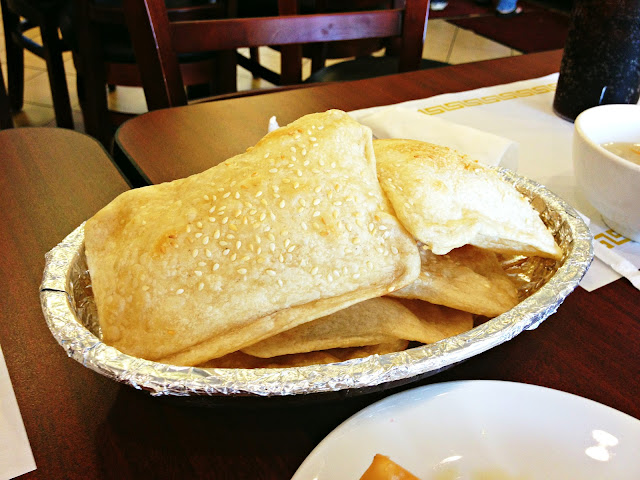 We were home to by early evening and apparently there was way too much outdoors for these girls over the weekend. They needed their electronics fix. 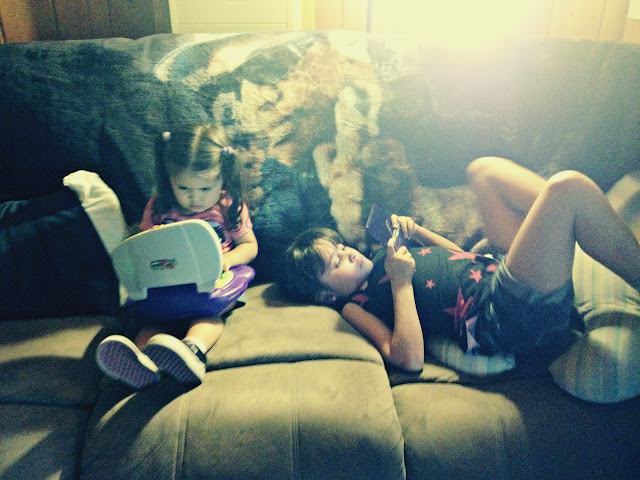 I can't believe that the first day of school is right around the corner! The rest of our summer weekends are filling up fast!
at August 08, 2012