I think the weekends where we don't have plans are more jam packed than the ones when we do have plans. Saturday morning we woke up and fed the kids. Lou insisted that she eat at the table in a regular chair. So 2 couch cushions and a pillow later she got to eat her eggs at the table. 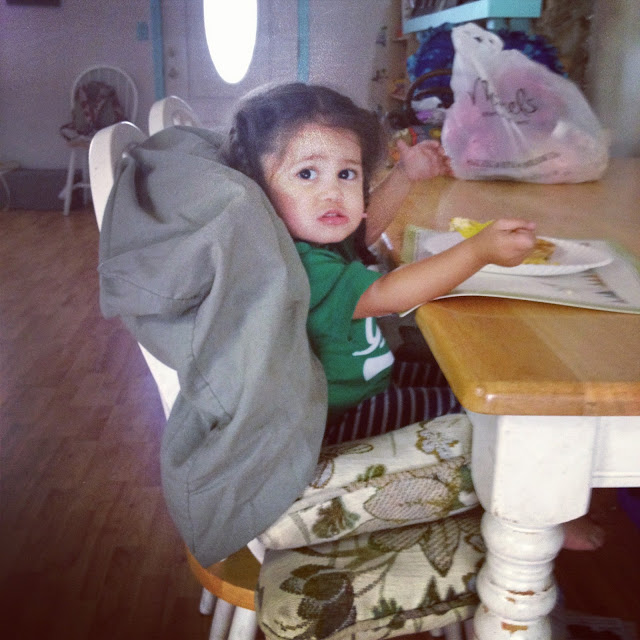 Then we settled in to watch some Olympics. When Lou started smelling her own feet we knew we needed to get out of the house. 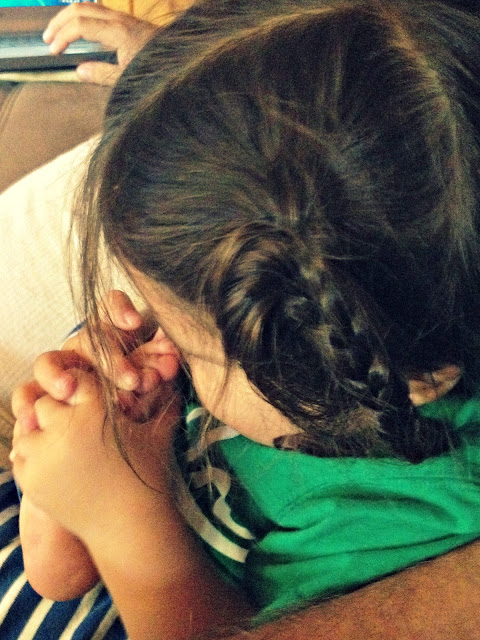 So first up is getting everyone ready. When I took Lou's braids out her hair was even more spectacular than normal! 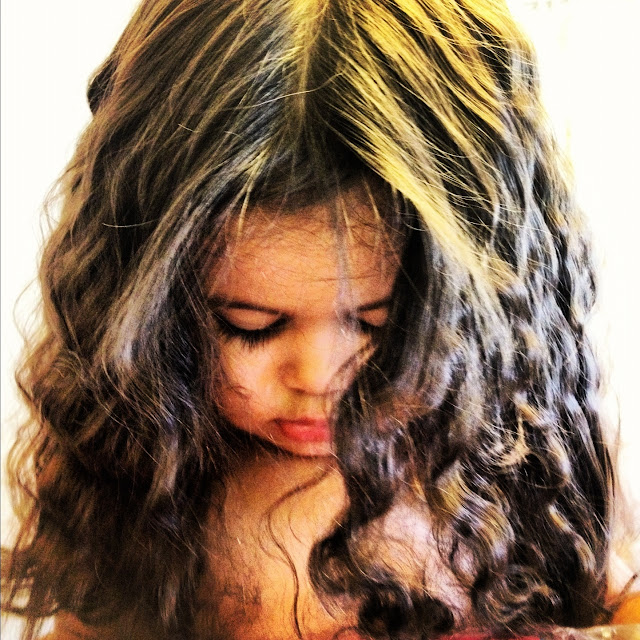 After we were all showered and dressed (at 4pm!) we headed out to Dos Lagos Shopping Center in Corona. We wanted to check out this bridge that they built. 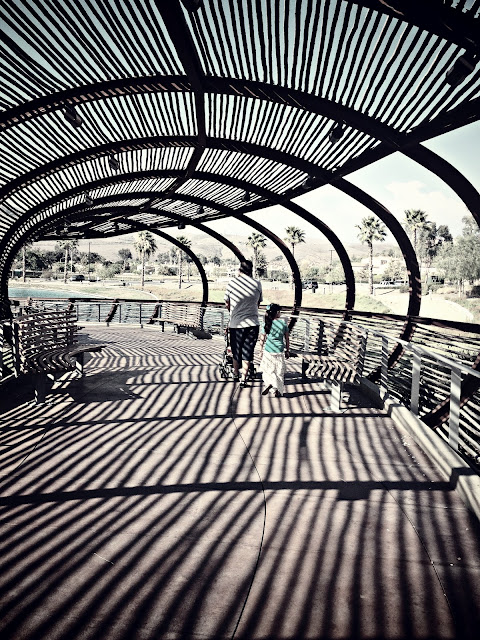 It was a nice little stroll with a nice cool breeze. The bridge is a very cool mix of metal and wood. 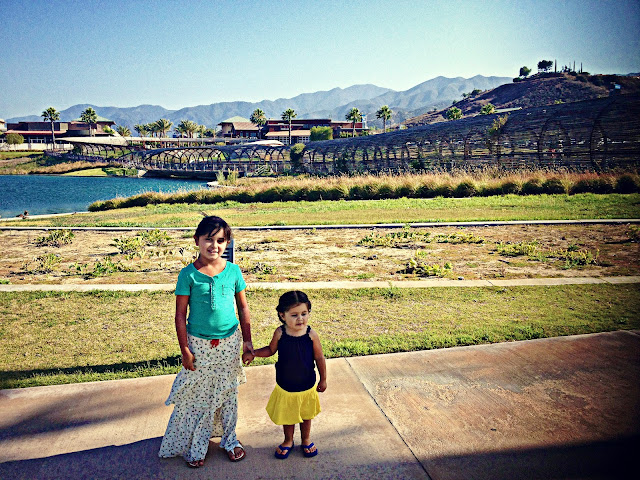 Oh Lou and her ducks. Those poor ducks could not get away from her fast enough. 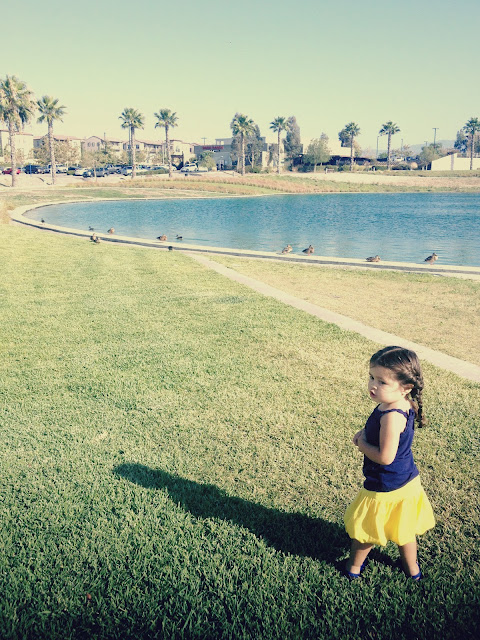 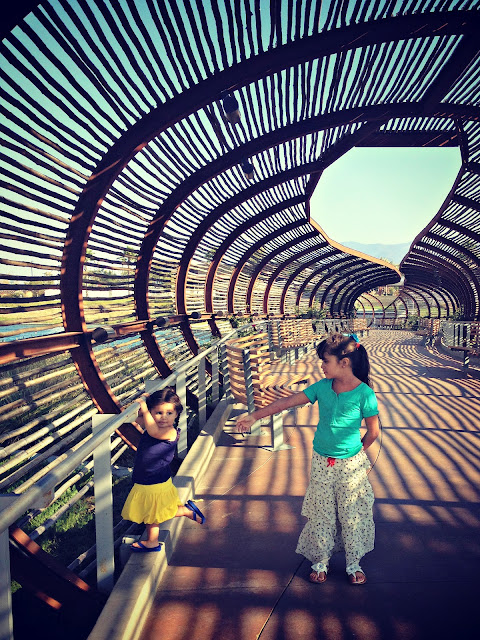 Oh sometimes these girls just kill me with their adorableness! 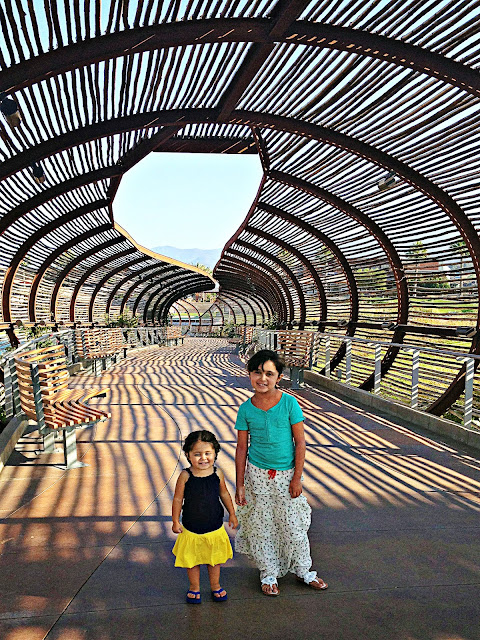 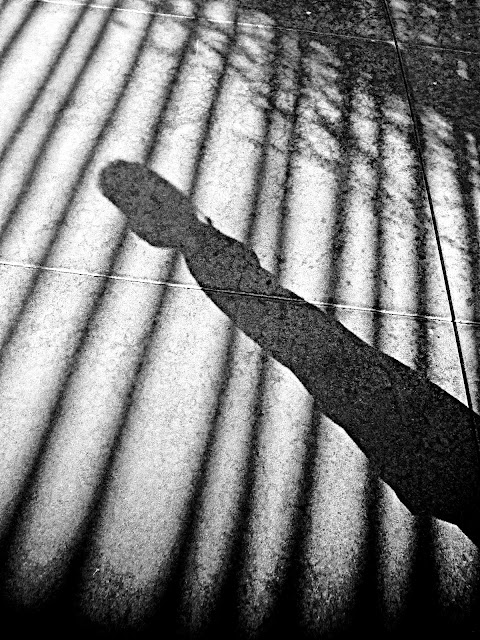 Then we hit up some of the stores. We went into Anthropologie. My favorite! Even the wallpaper is gorgeous! 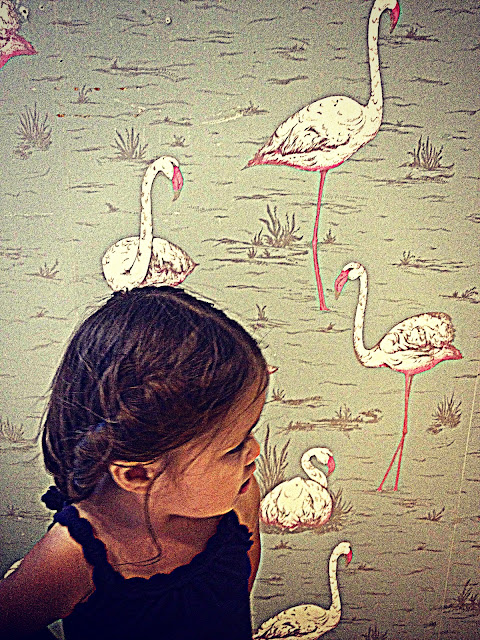 Since she had been sprung from the stroller Lou was more than excited to check out the clothes! 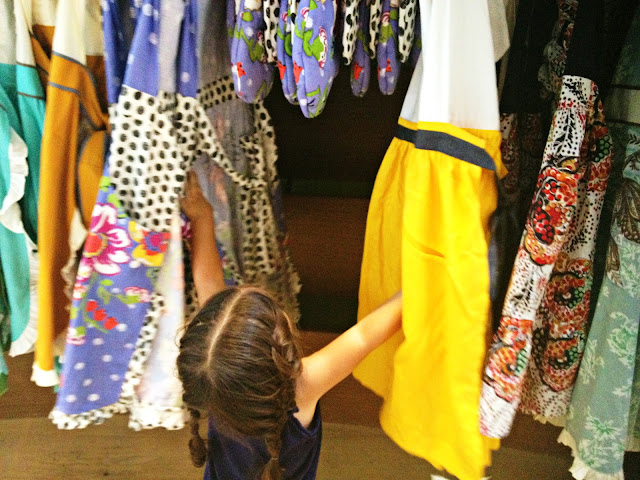 So much wrong with this next picture. The Phi loves her fancy shoes, but they always end up hurting her feet after a few hours in them. How she convinced Joey to let her in the stroller I don't know! 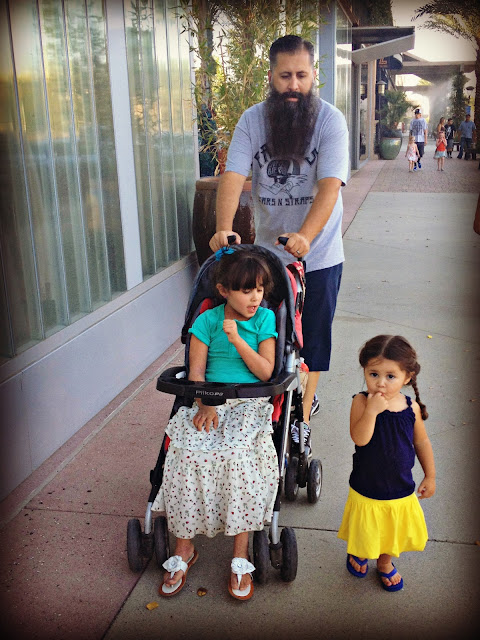 Then we found a playground and MIRACLE! Phi's feet felt better! 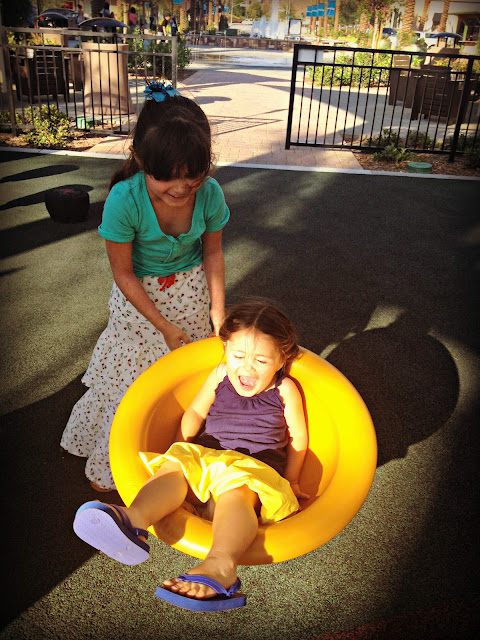 And since it was just up the road we stopped at Tom's Farm for a bite to eat and a look around. 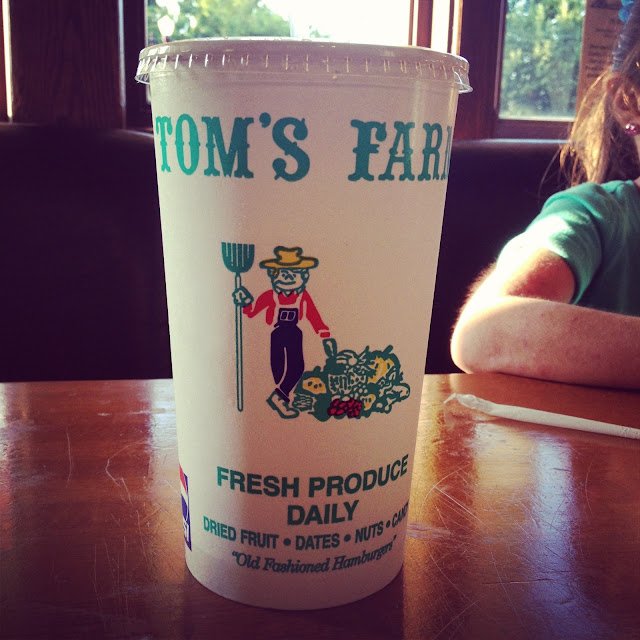 At the Farmer's Market shop we bought each of the girls a Pez dispenser. Lou for Snow White (of course) and The Phi got Hello Kitty (duh!) This was Lou's first rodeo when it comes to eating Pez. So as I tried to get a picture of the girls by a fountain Lou yanks on Snow White's head and all her Pez fell to the floor. She swooped down so fast and started stuffing as many Pez as she could in her mouth. Lou knew that Mom or Dad would be interfering any second. Phi thought this was hilarious, I took a picture and Joey just shook his head and walked away. 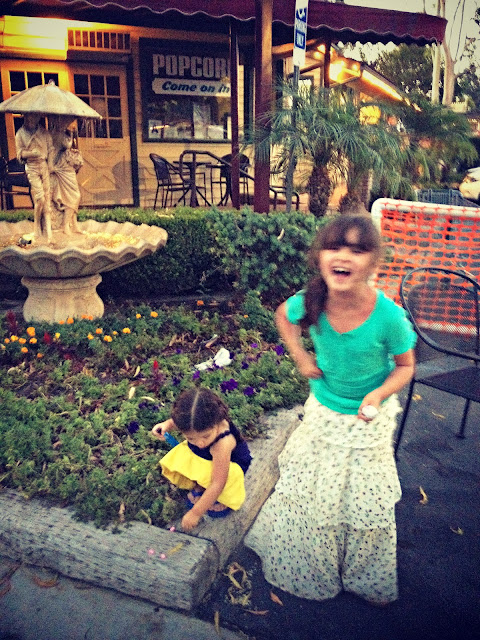