After the soccer game last weekend we had a little birthday party for Chone, Lili and Felix. We had such a great time. Even though it was just us and the Nosey Neighbors we managed to have a full on birthday party.  The whole family got in on the party game action.

First there was a rap battle between Tia Uh-laine and I. I thought I had it but in the end Lili did an Eeny-Meeny-Minny-Moe and I lost.

There was a great round of pictionary. 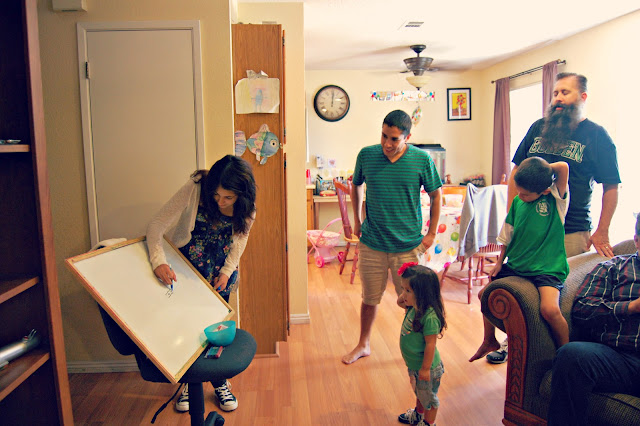 Phi's drawing of a pinata was amazing! 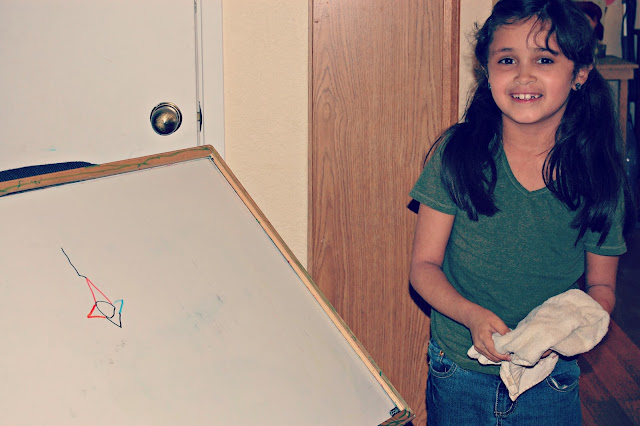 We had a contest to see who could bounce a balloon with their head without it falling. I was leading with 21! 21 people! Until dang Tia Uh-laine got 25. She beat me again! 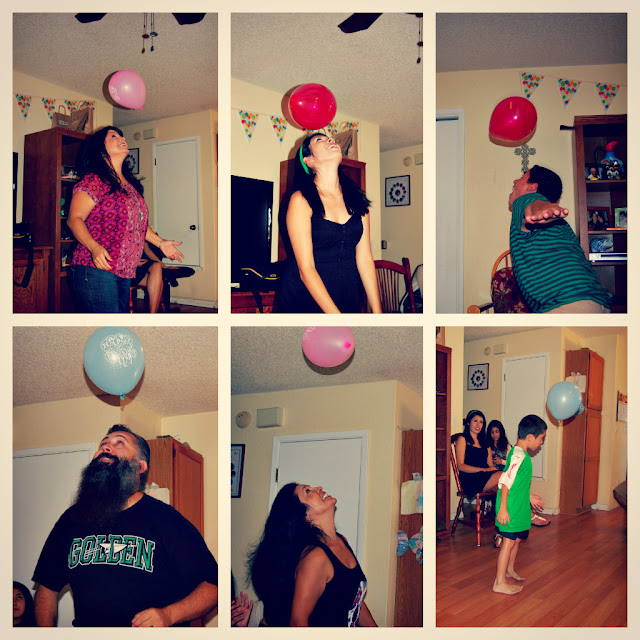 There was some freeze dance fun. Until Chone ended up on the floor. 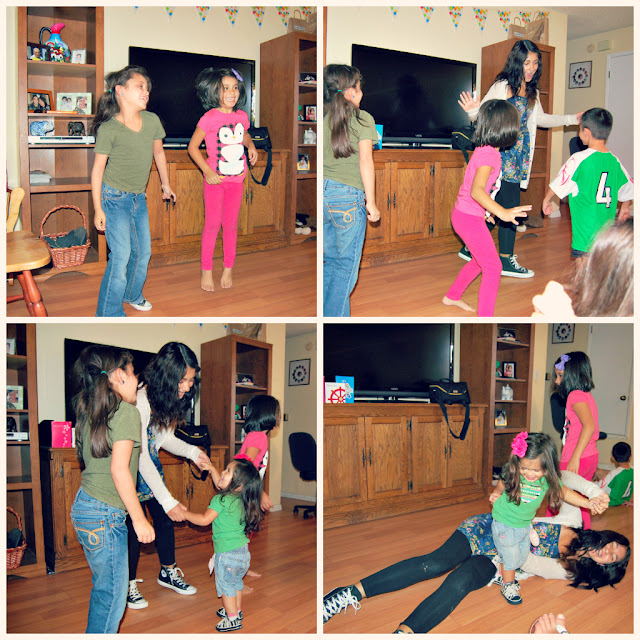 We got a very very nice surprise when Cousins Raymond, Flavia and little Ethan showed up! It was so great to see them. Lou had someone to talk to. It was so cute to hear these 2 babble back and forth. I swear they could understand each other.

It was time for gifts!! Even though Chone is now 13, my Mom still strategically placed a sign on the Abercrombie bag. No half nekkid guys for Chone! haha 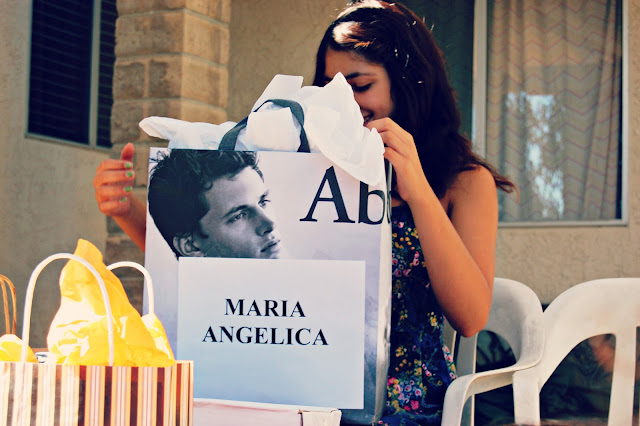 The twins were stoked with all the gifts. It was raining 3ds stuff! 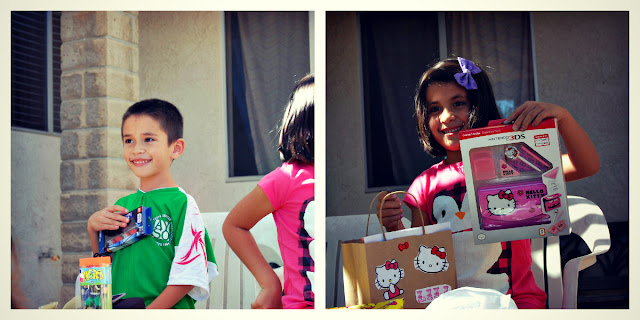 Since the party landed on National Banana Split Day my sister had a banana split bar instead of cake. 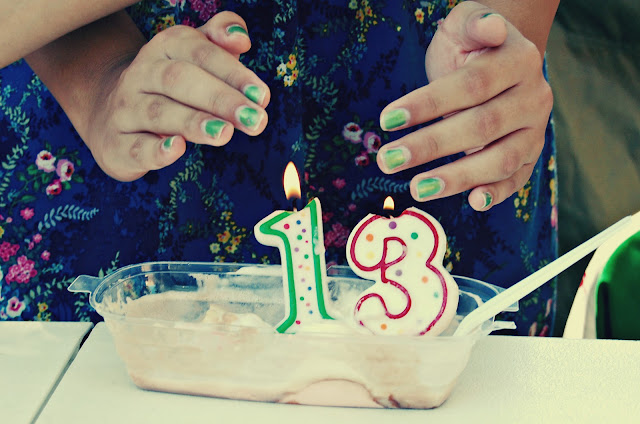 The fact that the 4 little ones sat still and quite while eating tells us that they were a hit. 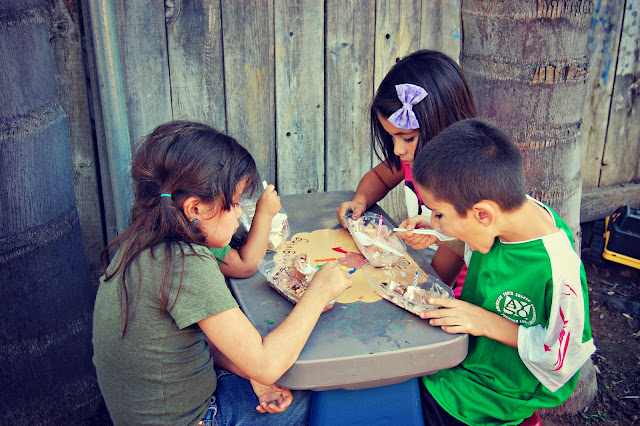 When I saw the next 2 pictures I had to laugh. See-saw eating. 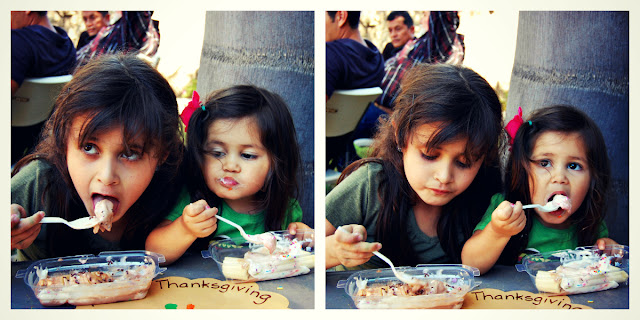 Happy Birthday my loves. We had a great day celebrating you 3. 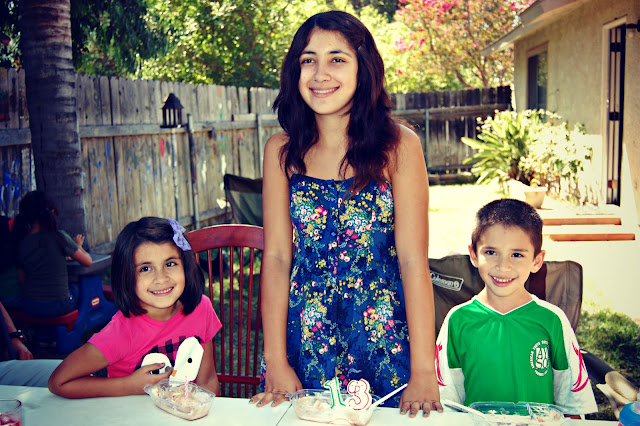