The Phi was so excited to wear her special yellow Easter dress. Her Nana bought it for her so of course it was super extra special. And she look absolutely beautiful in it. 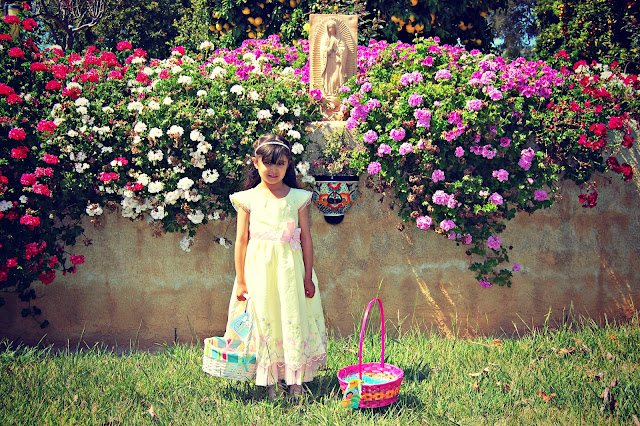 The Phi posed for a few pictures while Joey tried to convince Miss Lulu to stand with her sister for some photos. Lulu was not having it. Here The Phi tried to direct Lou.

Since Louie would not stand still I had Joey get in to take a picture with them. The Phi looks gorgeous. Lou and Joey looked pissed. 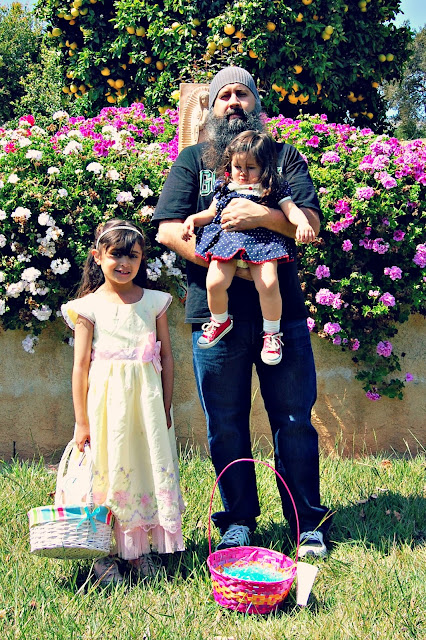 I think this is the best one that I got all morning. 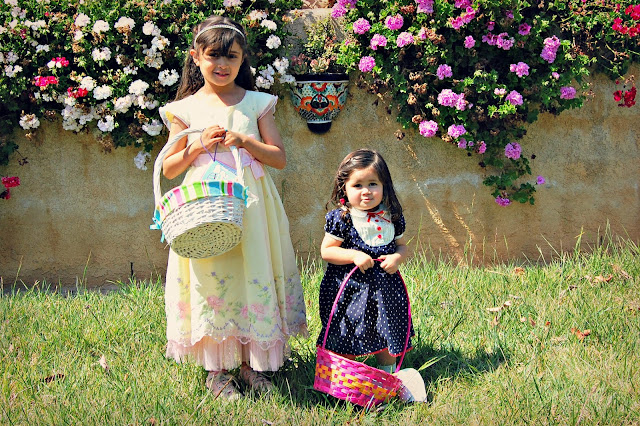 Then I wanted a picture with my girls. Something with the 3 of us happy and smiling and looking at the camera. Instead I got this.....

We tried again but Lou was over it and The Phi's bangs were losing it too. 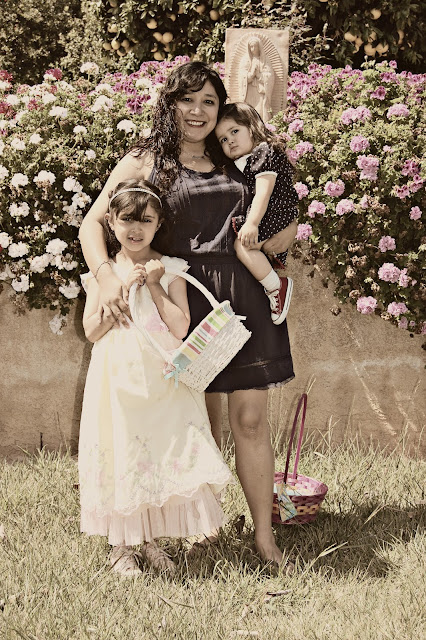 Just one of Louella by herself. 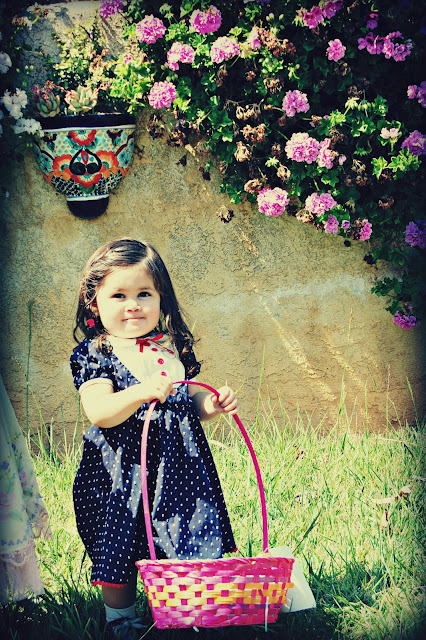 And then the diva stormed off Mariah Carey style.

After a disastrous photo shoot we headed out to my Nana and Tata's house for some celebrating. There was an egg hunt for the kids. Except everyone had to throw away the eggs we brought because 15 minutes in boiling water is not long enough to cook eggs in Santa Barbara. 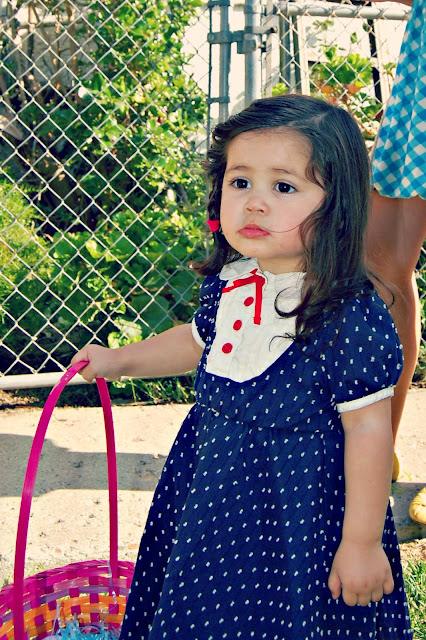 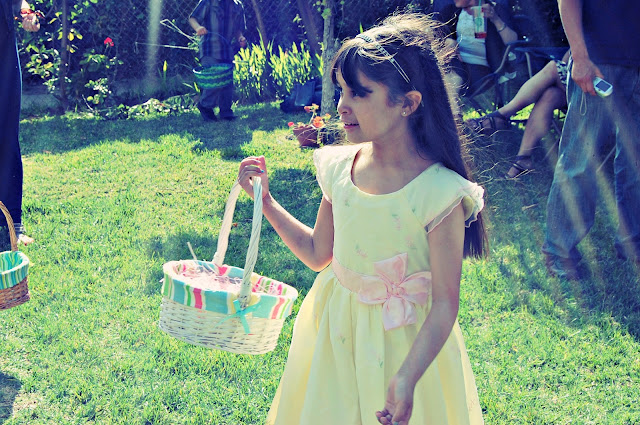 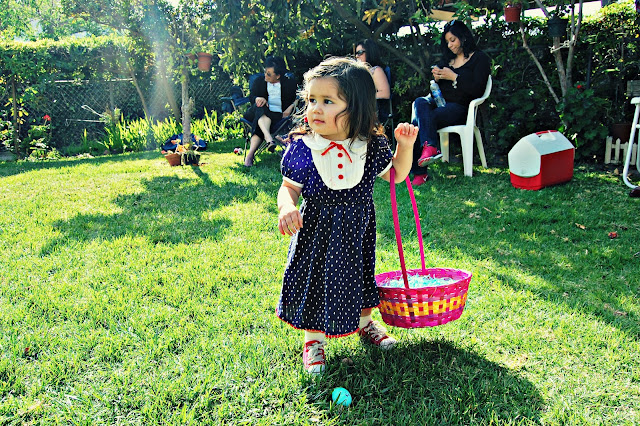 So they told Matias to look for eggs. He found the egg cartons and looked at his Dad with a look that said "Okay I found the eggs, now what?". This kid is a genius. 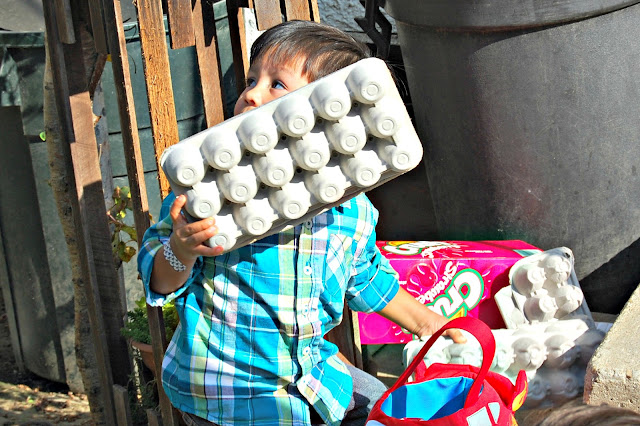 The weather was nice and everyone was decked out in dresses and such. Here is me and my niece The Chone. I can't get over this picture. She was my teeny tiny side kick like yesterday. Man they really do grow up fast. The oldest with the youngest. Lou and Chone are 11 years apart. Which means Chone will be the ultimate cool cousin. 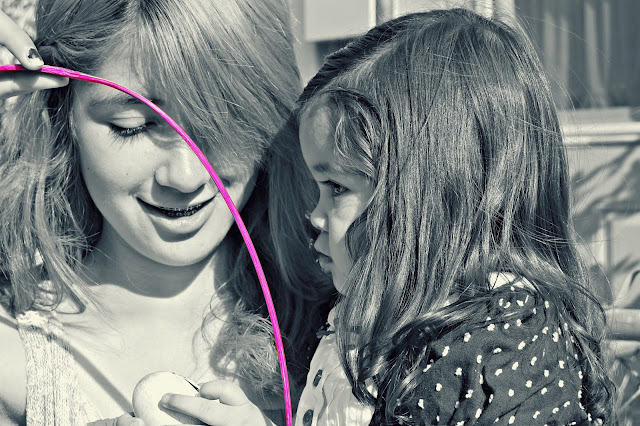 We had such a great Easter. We celebrated my Cousin Roman's 25th birthday. We had the last party at my Nana and Tata's before they move AND my parents made it back safe and sound from their New York adventure. Lots to celebrate.
at April 17, 2012