Halloween on a Monday is tough. So we got an early start. We headed out to a Trunk or Treat event Sponsered by the police department. Can't get much safer than that right?

Here are the girls in there costumes. The Phi was Super Girl! And she was so cute. And Lou used a hand-me-down costume from The Phi. She was a giraffe. A very short giraffe. 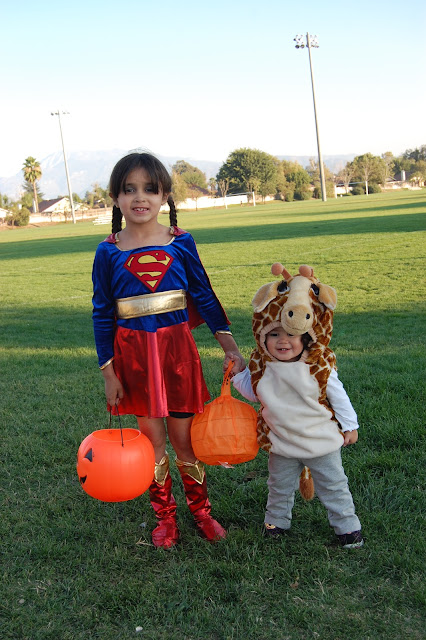 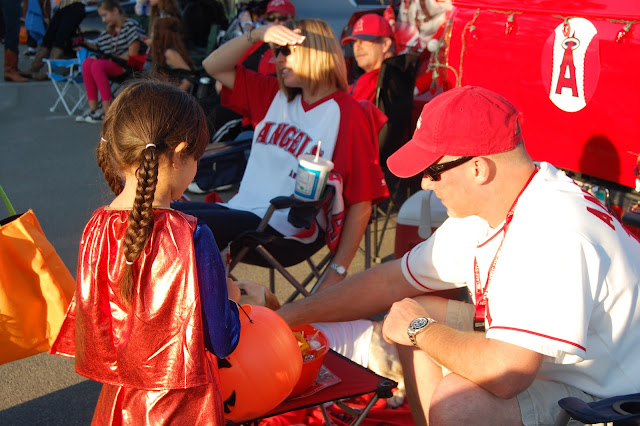 Lou had a tight grip on her  candy bag. Even at just 17 months old she understood that by holding  this magical pail people would give her candy. 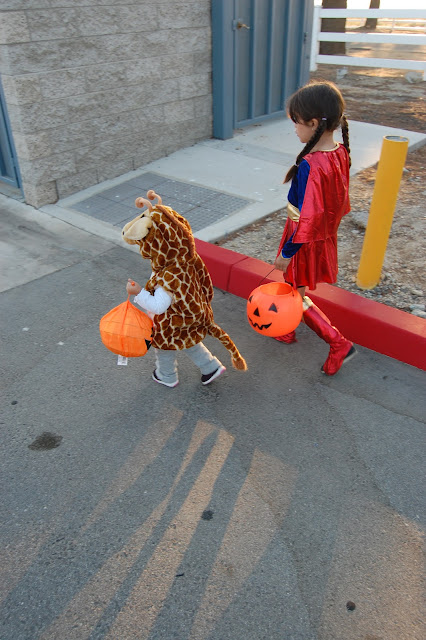 On the way back from the Truck or Treat we spotted a church having a Halloween Carnival. So we thought. Why not? It ended up being a blast! 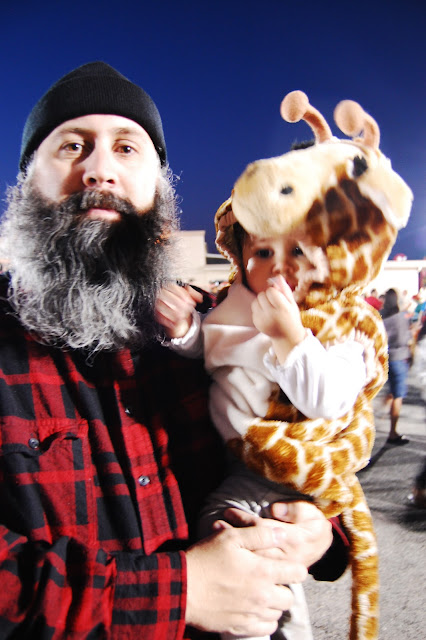 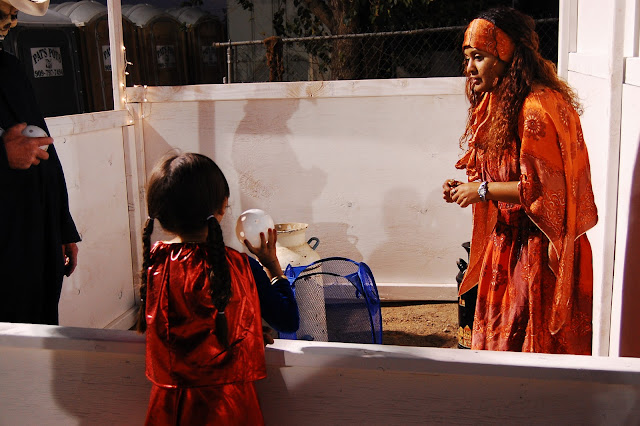 The best part by far of the whole entire night was the square dancing. The Phi LOVES to dance. (Click Here to check out here sweet moves) So when the band called for people to come out to square dance The Phi headed right out. A lot of people where going out there and a big crowd was forming. Since I was holding Lou and the camera Joey went out with her.

Now if you know Joey at all you know that he very rarely dances. I think we have danced maybe 3 times in the 8 years we have been together. I knew that one day he would have to dance with his girls. But I really thought it would be on their wedding day. Instead it was on Halloween 2011.

This is how much my husband loves his girls. 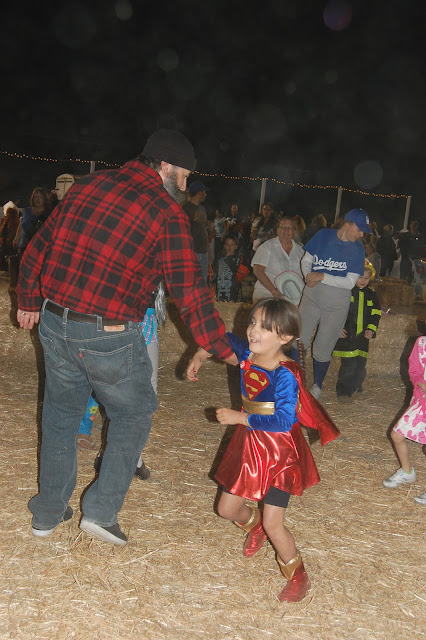 There is video but I am pretty sure he would leave me if I posted it. 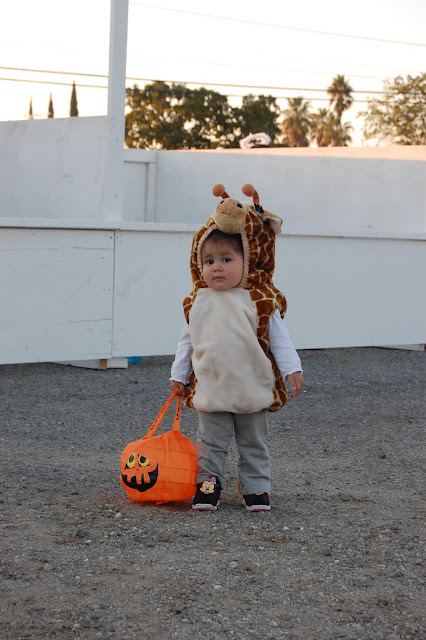 The Barista and The Giraffe. It was weird because all night people kept referring to Lou as "he" or "him". Without the hair I guess she looks boyish. 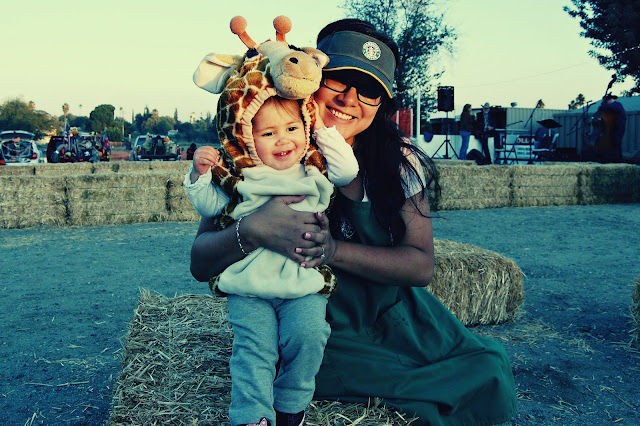 A quick pick-me-up before the last round of trick or treating. Relax it is empty. Just one of my props! 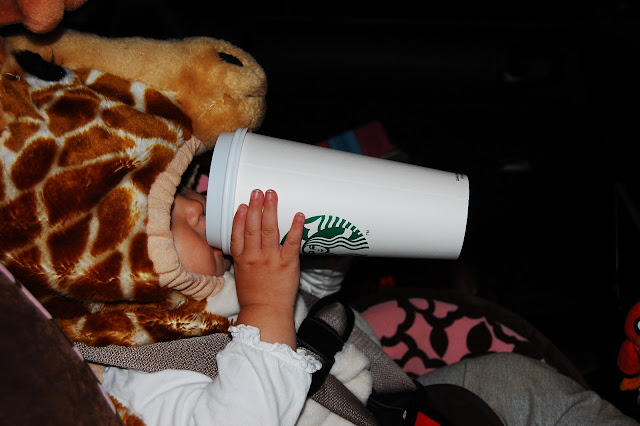 Once we got home we realized that we live on a very boring block. Only 4 houses were giving out candy. And that included ours! 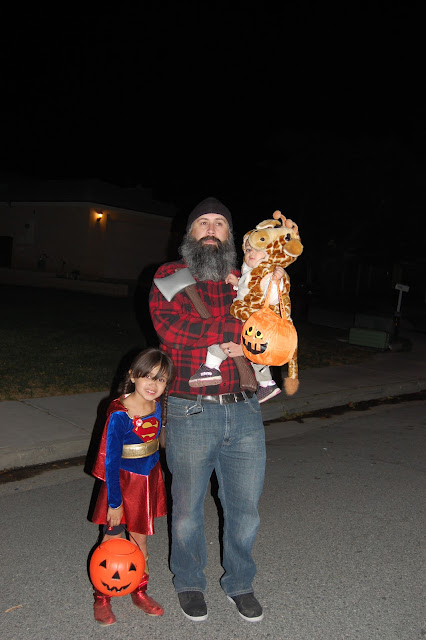 The Phi got a real kick passing out candy to kids. 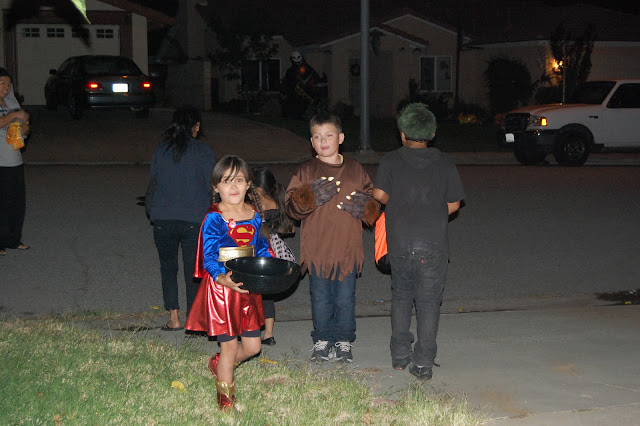 And then the best costume showed up at our door.....

(Click Here is you don't know who I am talking about!)

I gave this kid a crap load of candy and then made him take a picture! 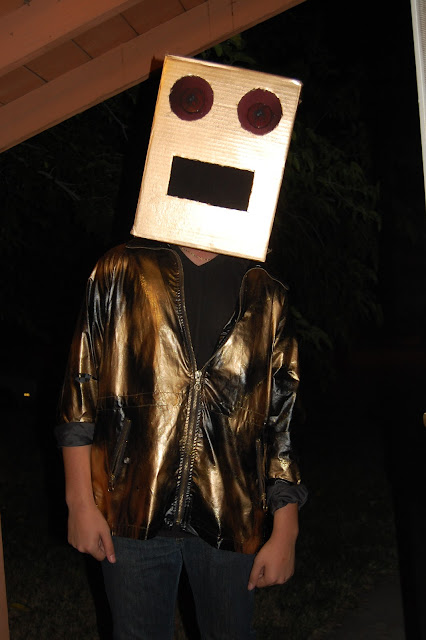 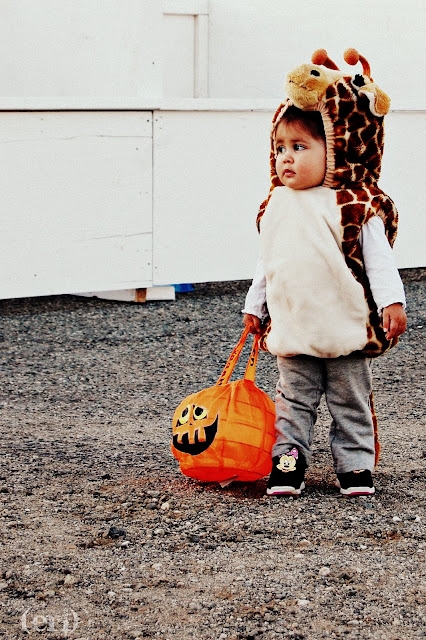 So all and all it was a great Halloween!