Should Have Been A Plumber 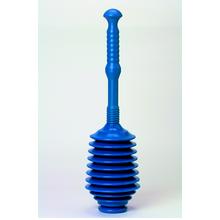 I miss Joey. He has been gone since Saturday and we wont see him again until late Friday night. We have had a rough couple of days with dr. appointments being recheduled, trash bags full of diapers ripping, the bath tub being clogged, bloody noses, just to name a few. But I did figure out today that all those classes and A's and $$ went to waste because I should have been a plumber. I was freaked about the tub being clogged because...well its gross to shower while standing in water. And with the house on the market a clogged tub is not a good thing. So I had one of those snake things, and a wire hanger and tried to dislodge what was in there. (our guess was one of The Phi's wash clothes) No luck, then I had the brillant idea of the plunger. I have a cool Master plunger that I bought because they are made in Moorpark,and I plunged. And then I got to thinking what it was going to cost to hire a plumber (money is super tight these days. Damn gas prices) and the thought made me plung even harder. Phi thought it was hilarious and then....the sound of success water draining! Victory was mine! Who needs stinking expensive professionals? I probably will when my pipes burst from the washcloth I lodged even further into the pipes!
at September 12, 2006