Until a few weeks ago I had never heard of Arthur Jospeh Jones III. To his friends he was lovingly called "Arty". He was known as a big and gentle guy. He was funny and people liked to be around him. He went to Hamilton College and was a frat dude. He would make the trip out to Belmont Stakes to meet up with his frat bros and tailgate. He had people laughing and talking even before the first race would start. He was never one to be upset or angry. He enjoyed NASCAR racing and was a big time New York Rangers fan. Arty was married to a woman named Carol and he and Carol had three children. He was cook, but not many knew that side of Arty. He enjoyed golfing with friends. He was an expert in his field. Arty worked as a metals trader at Carr Futures. He was 37 years old when he died on September 11th, 2001. Arty was one of the victims wholost their lives on that day that has gone down in history. I remember the morning vividly and will never forget the fear, confusion and sadness I felt as I sat in traffic on my way to work all the way on the other side of the USA. It was difficult to wrap my head around what had happened. That morning Arty, who lived in Ossining, New York, went to work on the 92nd floor of the World Trade Center. He left his wife and kids not knowing. His office was unusually busy with regional managers there for an early meeting. His office was 2 floors below the impact of the plane and Arty and his colleges were trapped. Arty, a man, a husband, a father, a son, lost his life that day. The unspeakable act of violence left Arty's family in mourning. We must never forget these people who lost their lives that day. And even though it was just a few weeks ago that I heard of Arty, I will never forget him and he and his family will always remain in my families thoughts and prayers. This project was started to remember the victims of 9/11 and I am very honored to be a part of something so wonderful. Please visit the other bloggers who are part of this project. Project 2996 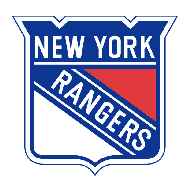