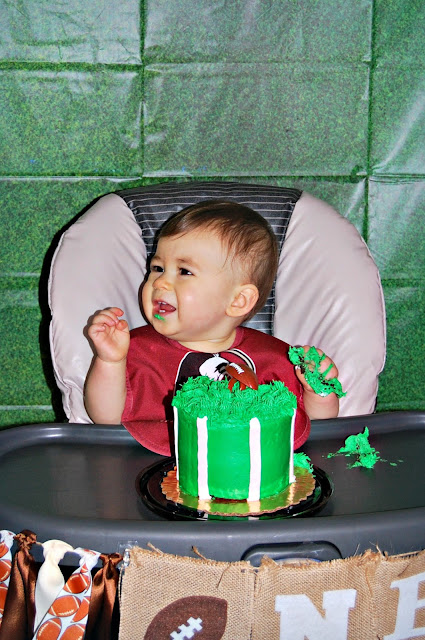 It feels like yesterday when we got the code word and my little sister Elaine went into labor. But it has been a whole year. Since The El's was born right after the new year, my sister combined the birthday party with a family New Year's Eve slumber party. It was so much fun.

Since Elaine and Kelly are H-U-G-E Florida State fan the party was tailgate themed. We had a fun football throwing contest. That Luis won. And because it was also a NYE party there was also a beer pong tournament. That Luis and Cari almost won. 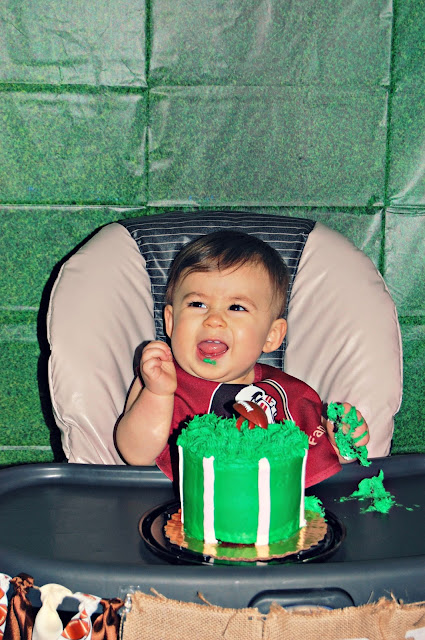 There were chips, dips, sliders and cold beer! Me and the kids played Sorry and an intense round of Uno Attack! Then later the grown-ups played an old school game. We busted out the playing cards and played Categories. A very fun drinking game that we use to play all the time. It was so much fun. I will never be able to get the vision of Kelly rowing the viking ship out of my head. 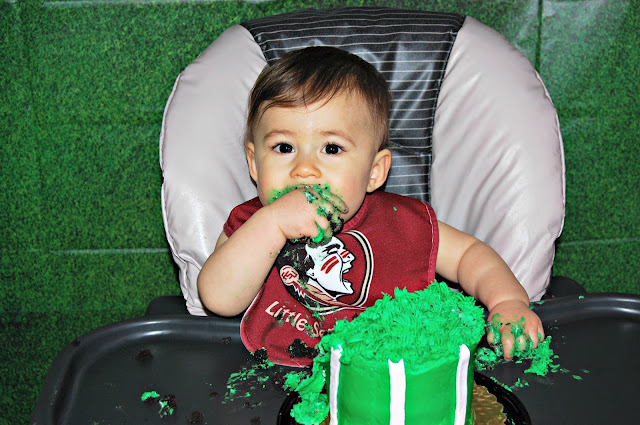 Erika Darling and her BF Vinnie were there and we had such a great time getting to know Vinnie! Then, thanks to Erika Darling I got to play Cards Against Humanity for the first time. It was as awkward and hilarious as everyone says it is!

And of course in between there was cake and presents for The El's. She had a very cute football field themed smash cake. It took her a little while to wrap her head around the fact that she could eat it, but once she did she grubbed some cake. 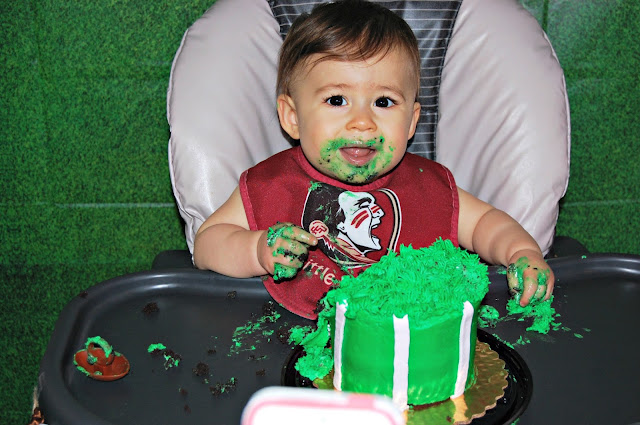 We all settled in to watch Mariah Carey completely bomb on TV and then we counted down and rang in 2017 with hugs, kisses and champagne (and apple cider for the kiddos!) It was the perfect way to celebrate our beautiful Ellie and start a brand new year!