It has been over 5 years since we have had a dog. About a year ago we thought that maybe we could open our hearts to a new dog. In the last month we have been actively looking on-line. This weekend we went to a few different shelters to see if there was someone that was meant for us. We found an older puggle who was super cute, but then turned super mean when another dog came by. We also saw another pug mix that looked like a Mega-Pug, but in the 5 minutes that we went to look at other dogs, someone else had come by and placed him on hold.

Today we drove about an hour to the Animal Friends of the Valleys. This place is absolutely gorgeous. It is an amazing facility with a super sweet staff and lots of dogs, cats, even bunnies and birds. We walked through the halls and looked at all the sweet dogs and then we found this guy in room 21. 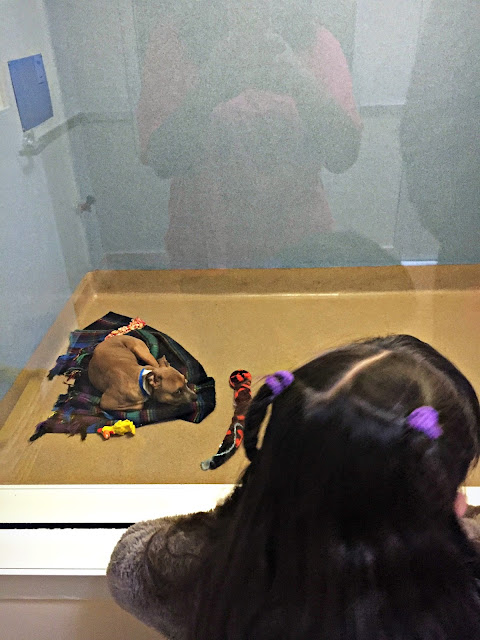 A 4 month old pit bull mix they had named Dremil. On of the staff asked if we would like to "meet" him. We did. We so did. 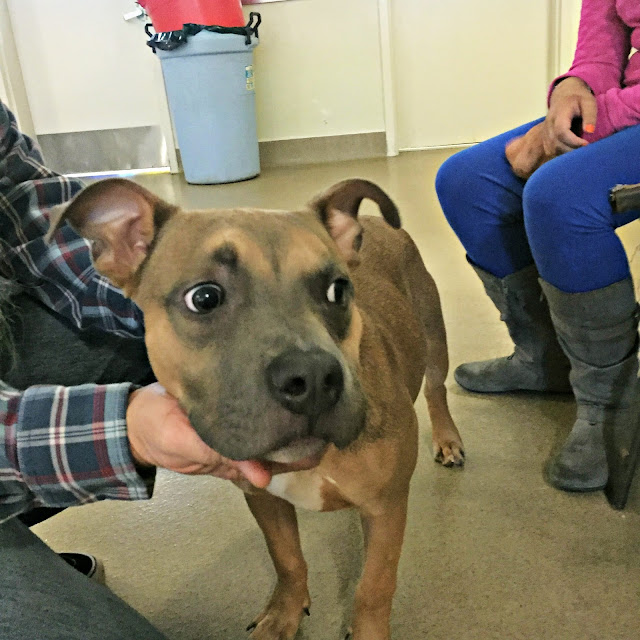 We are looking for a sweet and calm dog and this guy was that. Despite the other dogs barking in the neighboring room he never barked or growled.

He was a sweet little boy and so loving. We fed him treats and I think he took a liking to us too. 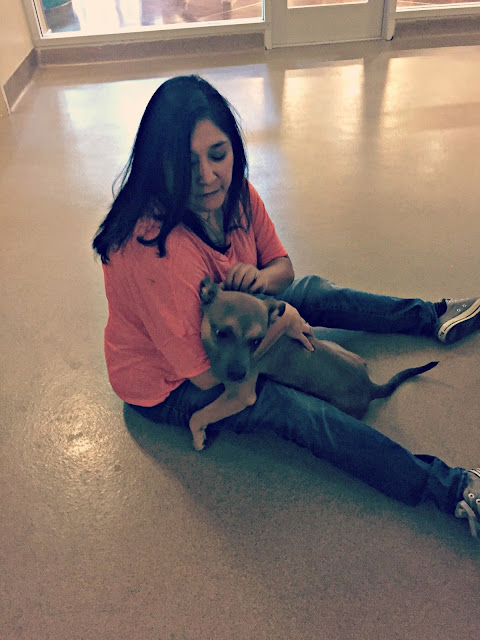 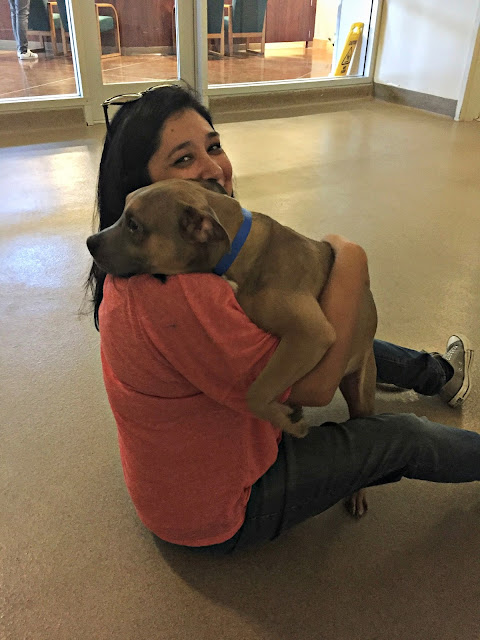 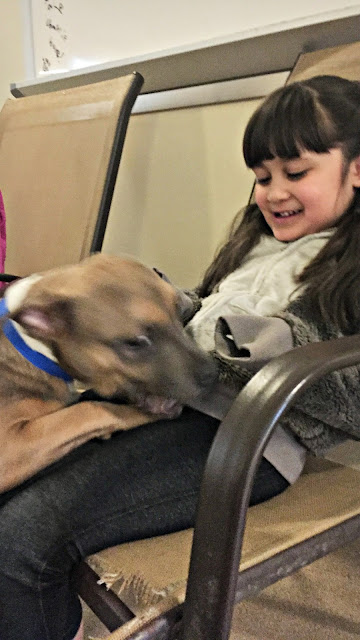 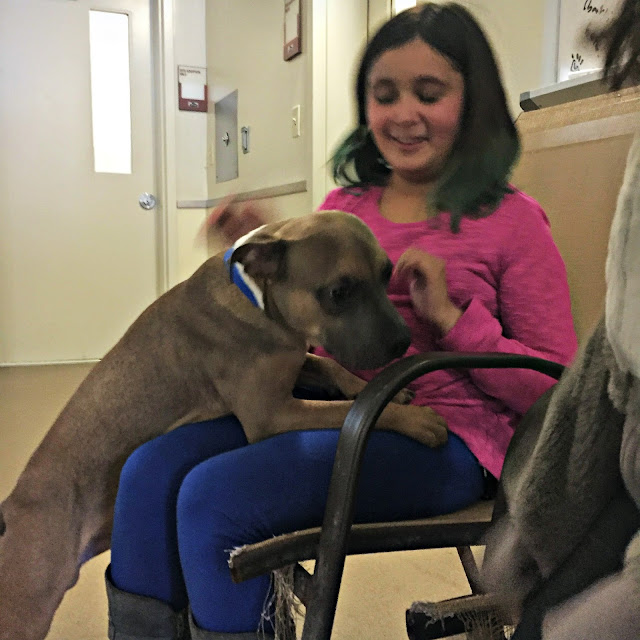 We had the staff take him back and we walked through the rest of the shelter. But we came back to this guy and headed up to the front desk to talk adoption. 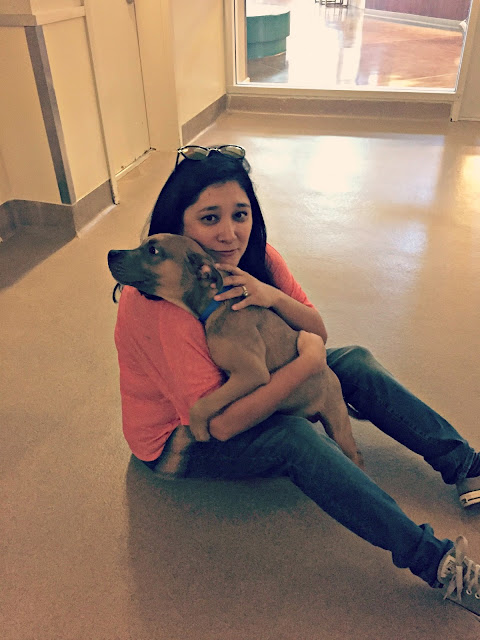 I filled out the paperwork and headed over to the front desk. As I handed her the paperwork she casually says "They told you that 2 other people are already interested in him". Joey and I looked at each other and our hearts fell. No, no one had told us that. We assumed that he was adoptable.

As we were standing there a man walked in with 3 dogs and let the front desk know that he was there for a meet and greet because he was looking to adopt Dremil. Yup our little guy. I looked over at the girls and Phi looked so sad and Louie was super pissed. She said "But he already has 3 dogs and we don't have any!"  They called for a staff member and it was the same girl who had let us play with the dog. When they told her that this man was here for a meet and greet with Dremil so looked over at us with shock. She was angry because no one had pulled the dogs paperwork from his room so she assumed that he was available. She knew that we were heartbroken and her glance let me know that she felt awful about it. Of course the meet in greet was in a glass room where my kids sat and watched as the puppy they fell in love with met with its most likely new family.

We left with a better understanding as to why people buy from breeders or pet shop or Facebook. There is no hoops to jump through and you're not competing for a dog. At a breeder or store we could write a check and have a puppy. Of course we know that it's better to adopt from a shelter but today we left just so disappointed.