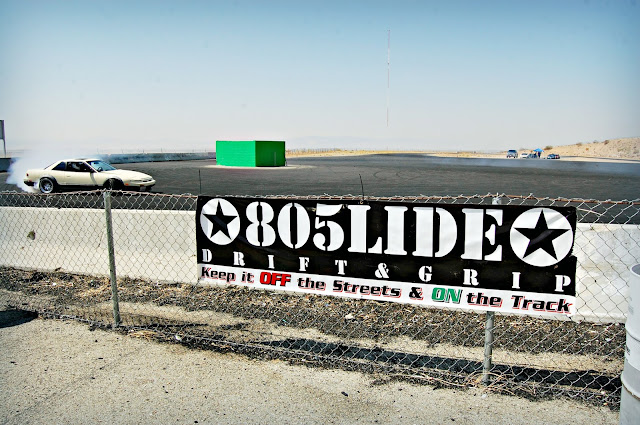 My cousins Martin, Arnie and Danny all belong to a car club called 805lide. It is a drifting club or crew or group. I am not sure what it's officially called. They have cool shirts and put on drifting events. The guys have always asked when we were going to go and I told them that I was waiting for my personal invitation. So when the flyer for the August event came out Martin and Arnie both personally sent it to me and Joey. With our personal invitation in hand (or on phone) we headed up to Willow Springs International Motorsports Park in Rosamond, Ca. The drive was only a couple of hours but instead of freeway driving we drove through a lot of desert and strange small towns with abandoned cafes and big farms with cows and half a plane in the yard.  We got there about 11 am and I found the guys! 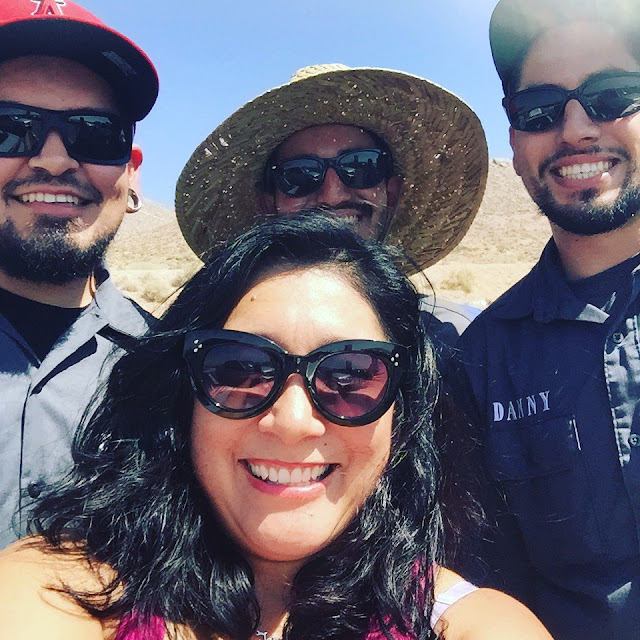 The guys showed us around and we got to look over their cars. Martin, Arnie and Danny spend so much time. money and energy on their cars. They love it and I get it. They go to car part stores and get that happy feeling the same way I feel when I walk into a Michael's. 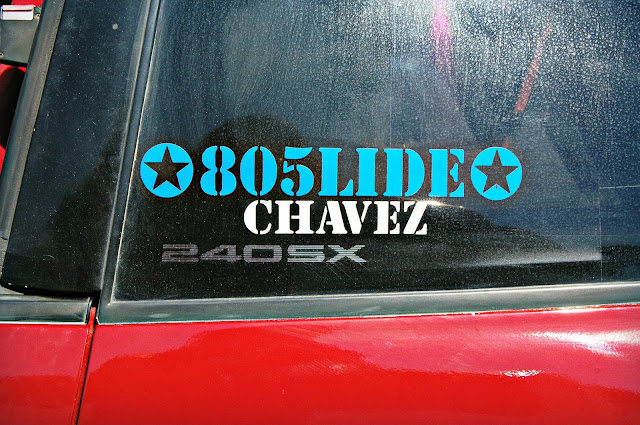 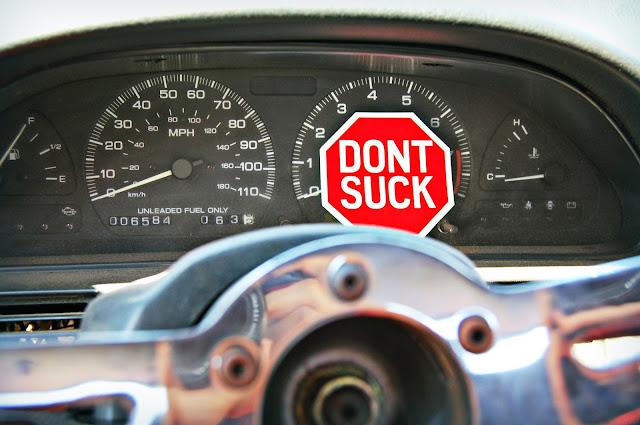 Sometimes when they are out there driving they need a reminder.

Since I can't really explain drifting I asked my cousin Martin to explain it..

"Drifting is going around a corner as fast as possible while losing traction in the rear wheels of the car. You are essentially sliding around the corners like the old police chases in movies. Drifting requires a lot of conscious thinking and practice. You need to be aware of what your car is doing at all time and what to adjust in your driving. It requires throttle control, steering wheel input, using your hand brake and even foot brake."

See he totally said it better than I did!

It was in the high 90's with no shade. We even had to give the girls a 15 minute air conditioner break in the car. Despite the heat we had such a great time. The cars were loud and fast and it was so awesome to see in real life. It was also awesome to see my cousins doing what they love to do. We had fun cheering them on and of course being a little bit nervous! I mean that was my familia in that car! 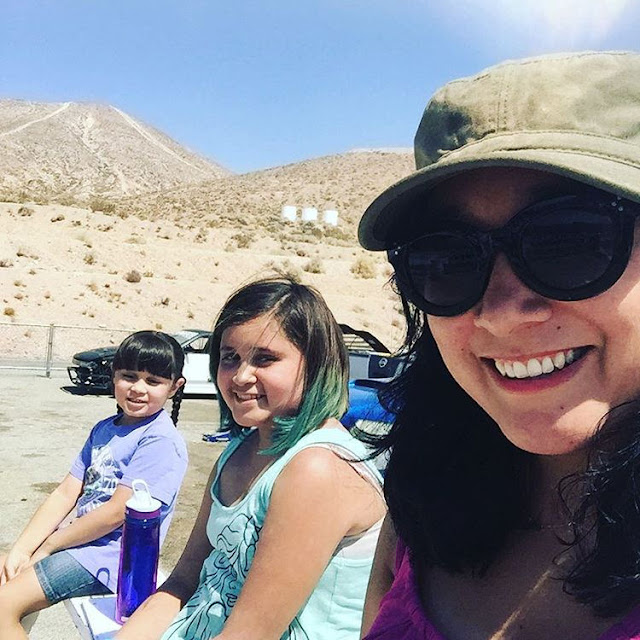 The cars are built for this. The seats are harnessed and they all wear helmets. The course is well run and the guys all know what they are doing. But when they are reaching speeds of 70 miles per hour and getting really close to walls it's still a little bit intense. 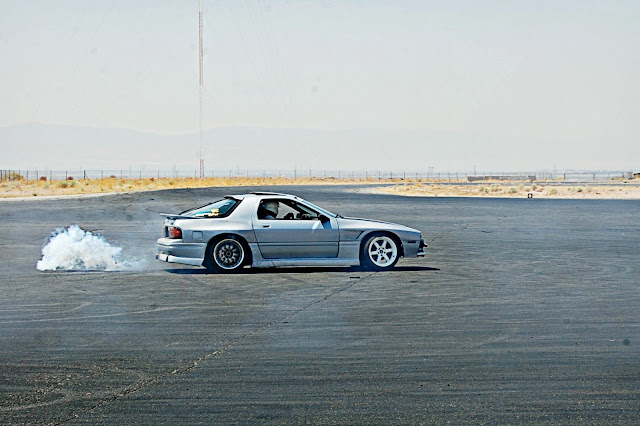 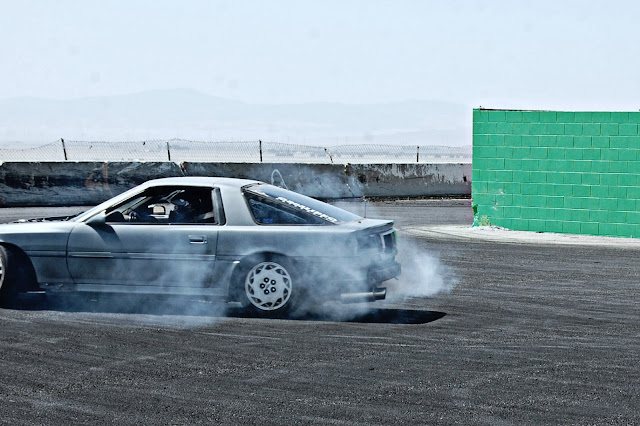 So much tire smoke. We saw a lot of busted tires that day! 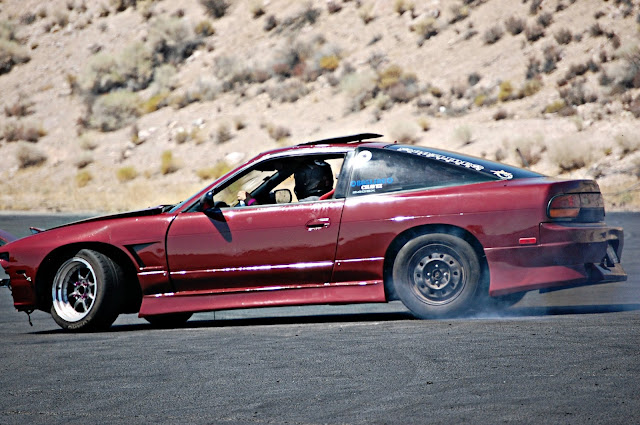 And to up the intensity we could not get Joey out of the cars. He was the passenger with all 3 guys. He loved it. I mean in this next picture he is smiling, You can even tell how happy he is even with a helmet and sunglasses on.

10 all around for everyone! 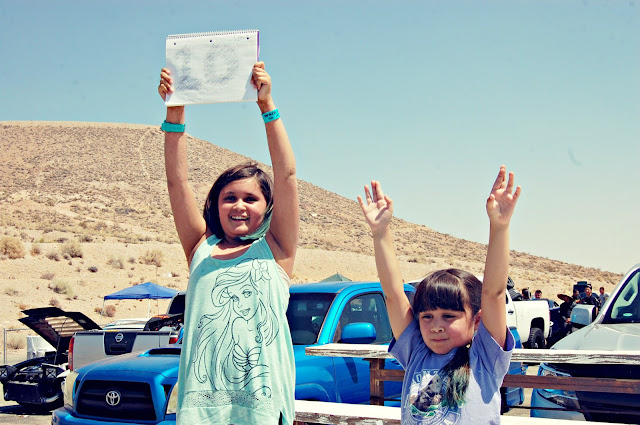 We got the helmet on Louie but she was still a little bit too little to ride in the car. 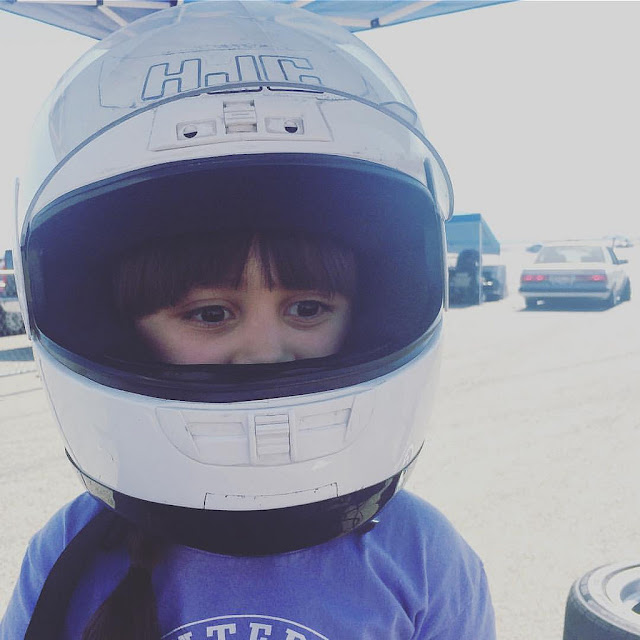 The guys tried to get me in but it was just too scary for me. My parents went to an event a few months back and my Mom even when for a spin but it just looked to scary. But Joey couldn't get enough! 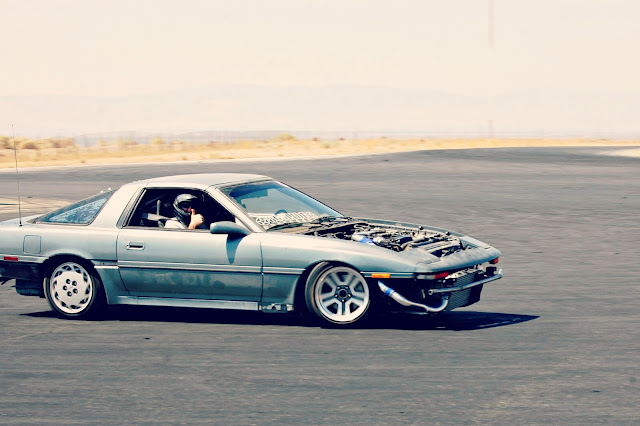 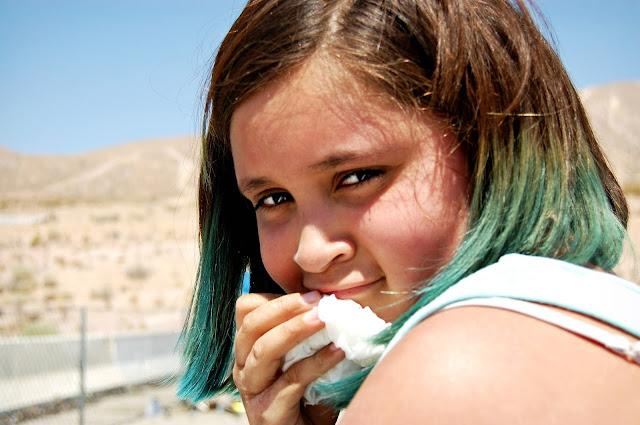 It was so cool to see how organized and how well run the event it. 805lide is a very well oiled machine. I was also so impressed to see how nice the drifting community is to each other. They all pitched in and helped out when someone was fixing a lose wire or changing a tire. Tools were freely shared and advice given.

Of course there was some car carnage. On his last run of the day event Arnie purposely blew his tire, but when his tire blew it also took out his bumper. Even Martin's driver side bumper didn't make it out. Here is Louie was a piece of it. 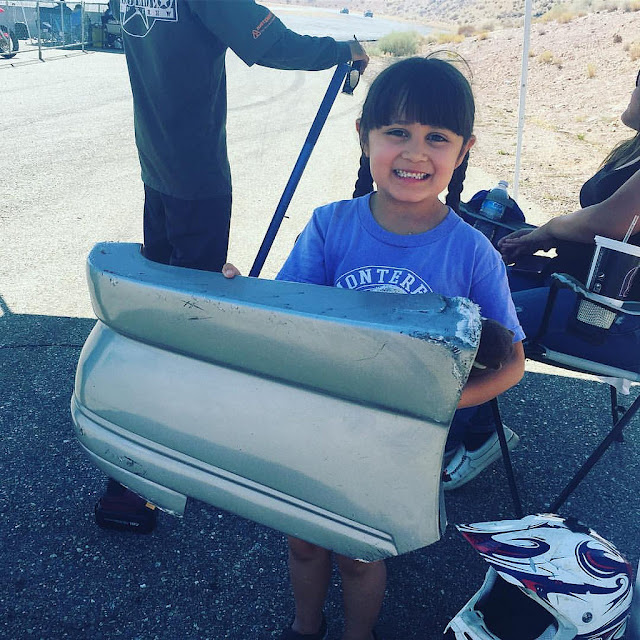 Nothing some zip-ties can't fix!

Martin, Arnie and Danny, thank for the invitation and sharing your drifting world with us.
at September 05, 2016