There are what my google searches look like lately.. 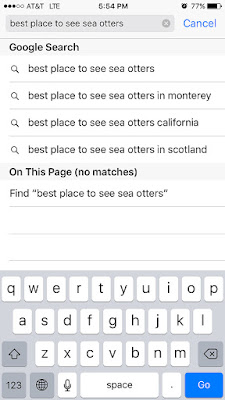 It all started when Phi earned two stuffed otters during the 2014 girl scout cookie season. She was nice enough to give her sister the smaller one. Louie loved her otter and thanks to a suggestion from cousin Bones, she names him Ozzie Ozz-Wazz Osborne. Ever since Louie and Ozzie have been pretty much connected at the hip. 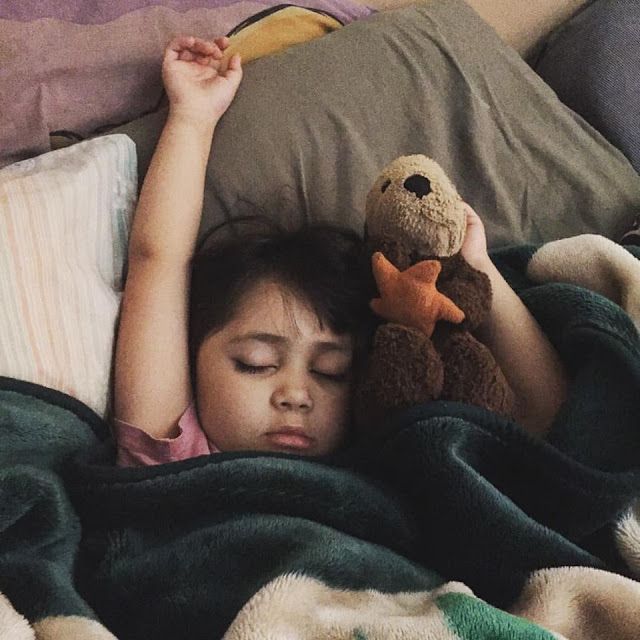 When Ozzie showed up Louie went through all the stuff animals and managed to find 3 more otter dolls. She then somehow convinced her sister to give her the bigger otter she earned. It was named Squirt. Then a few months back when the girls were with Nana and Tata, Louie came home with Chico. A very cute hand puppet otter. Maybe because he was easier to carry she started taking Chico everywhere. 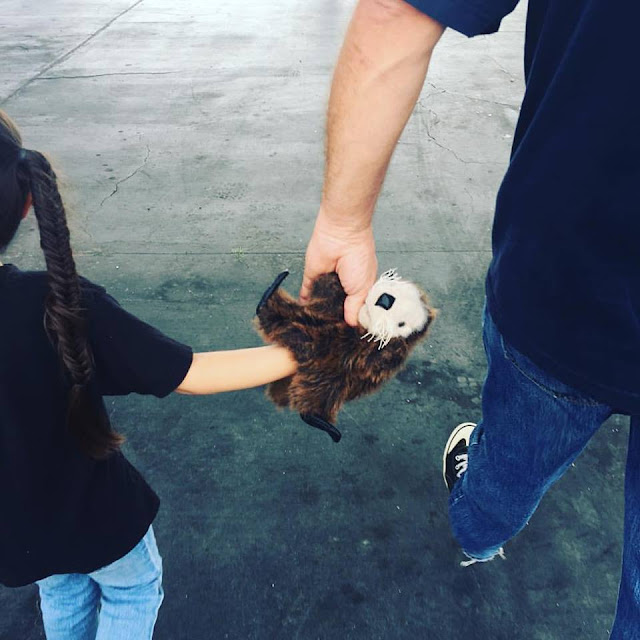 She also found creative ways to carry her otters. 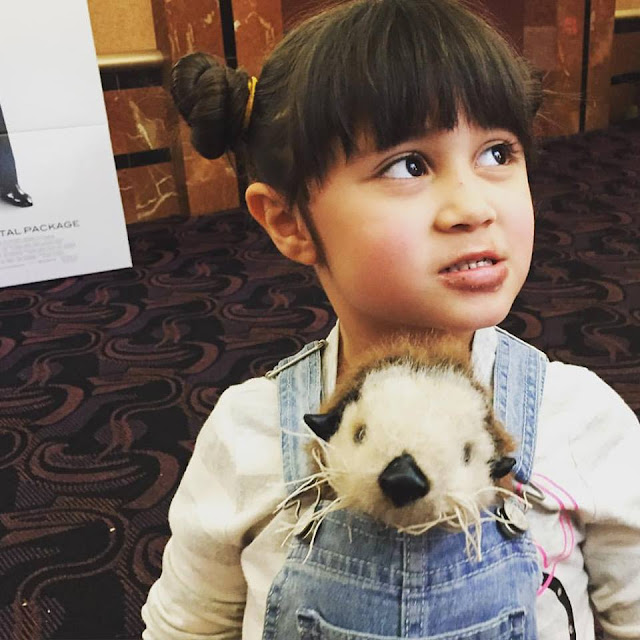 The obsession did not stop with just dolls. She loves everything about Otters. At one point she mixed her love of award shows and otters and put on the "First Annual Otter Awards". You can see the entire show over on the kids blog. CLICK HERE.

She also wants to know everything can about them. Her tablet has YouTube kids and she is able to search by speech. She is constantly yelling "OTTER VIDEOS" into her tablet. We got to watch the momma otter give birth from a webcast from the Monterey Bay Aquarium site. My facebook page has become a place where people post otter videos for Louie. It is awesome and she loves it.

Every library visit starts with "can we look up otter book?". I think she has read every single one our library has. When she grows up she wants to work at an aquarium with otters. 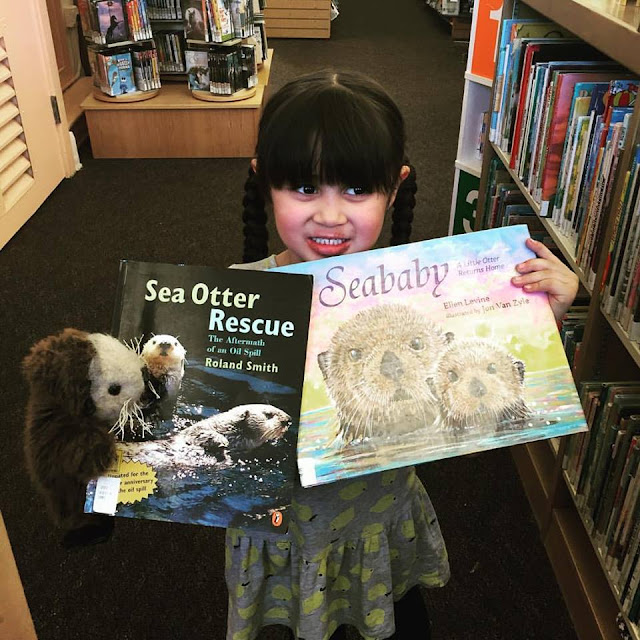 We recently watched a youtube video on how to draw an otter. She watched it a few times and now spends her nights with her book light and pencils drawing sea otters. 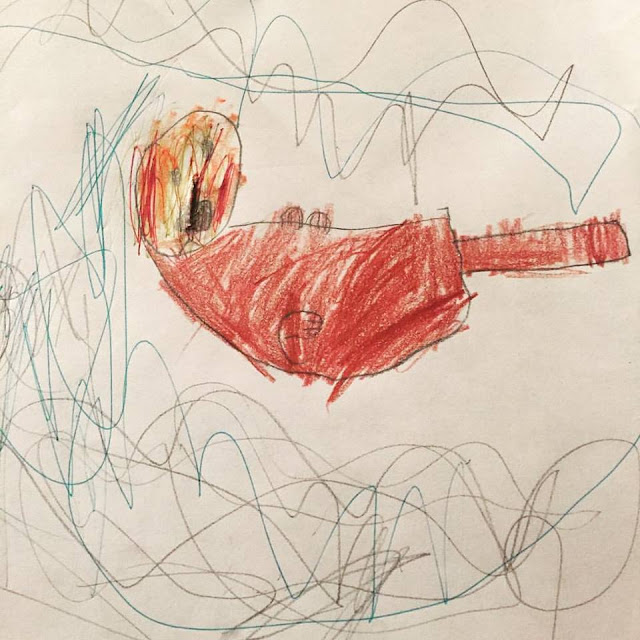 Louie is obsessed. Otters is all she talks about. She wants one for a pet but I told her that she would need to live in Japan. So of course she wants to move. I get it the obsession. Both girls get their super fan-girl gene from me. Then my sister sent me this... 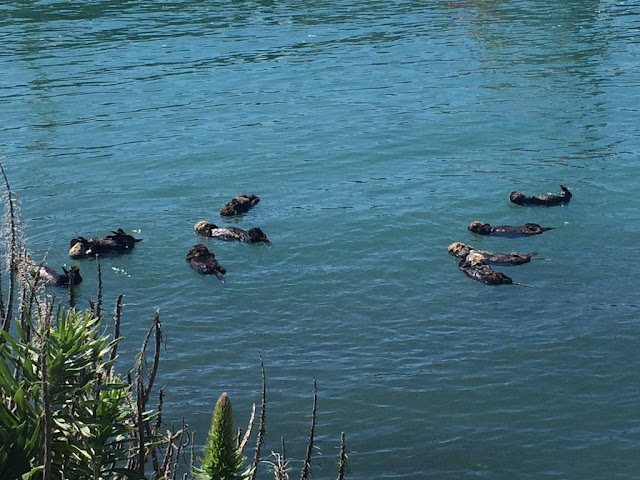 She was in Morro Bay enjoying the day with her in-laws and there were just otters floating around. As you can imagine, Louie lost her mind. We started talking about going to see real otters in the ocean . She talked about getting to see them close up in the ocean. As we were talking she said "Mom I have happy tears in my eyes!" She wants to float on the ocean like the otters and hold hands with one.