The trip started at our house and we hit the road, only to get to the first stop light when we realized we forgot the paper plates so we headed back to the house. Back at the house Joey notices that his radiator was leaking. The hood went up and the guys did that thing where the look at it and stroke their beards and then declare what it's wrong. They were hoping that a new radiator cap would fix it so off to Star Auto they went. They got back with the new cap and by golly, as usual they were right and the crew was back on the road.

Our first stop was the Joshua Tree Visitor Center to figure out where the Old Dale Mining Trail was at. We got some maps and annual passes to the park. Now we have to go back a lot! Then we drove into the park. When you see these.... 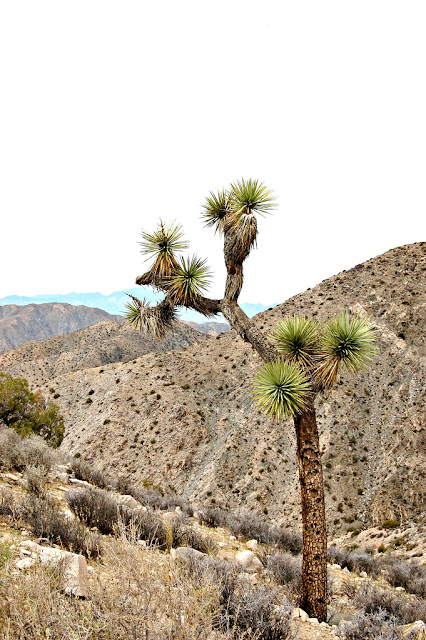 ... you know you have arrived.

Everywhere you look it is breathtakingly beautiful. 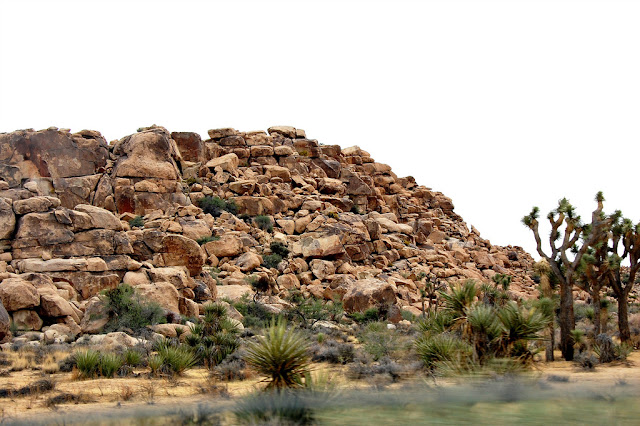 This rock had people rock climbing in the middle of it. So cool. 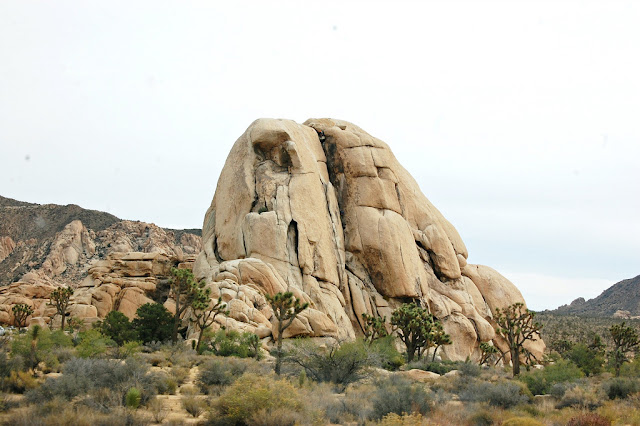 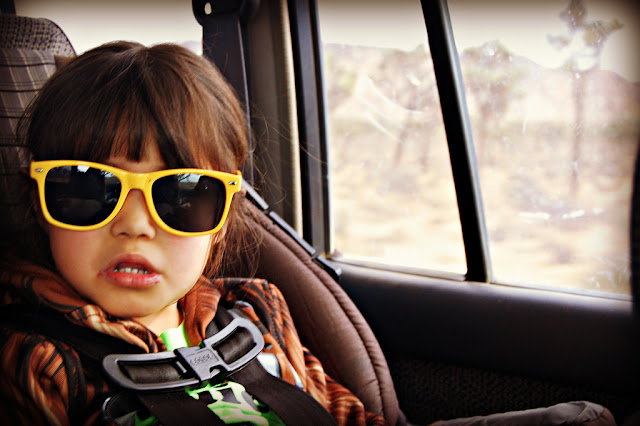 After getting into the park we turned off the main road to head over to Keys View. An amazing spot where you can see mountains on the Mexican border on one side and all the way to Morongo Casino on the other side. You can see the Salton Sea (and see how low it is!) and even a fault line. Even with the hazy day we had it was stunning. STUNNING! 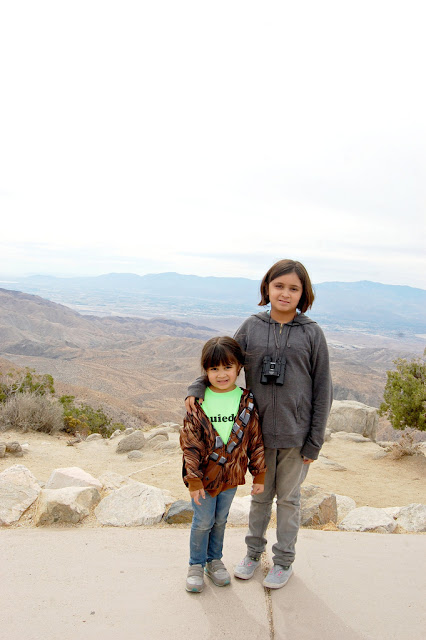 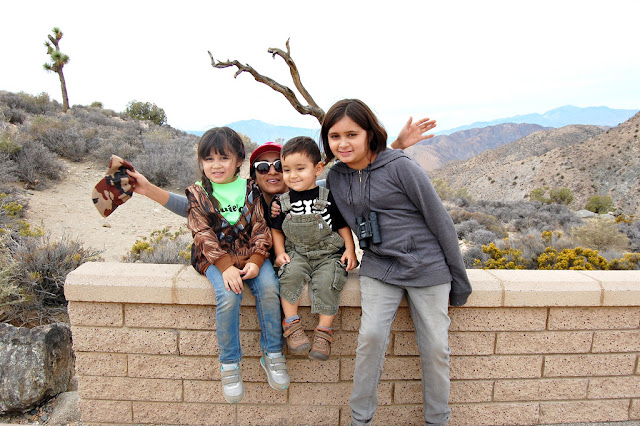 After Keys View we headed down to Caps Rock for lunch. A small little picnic area. 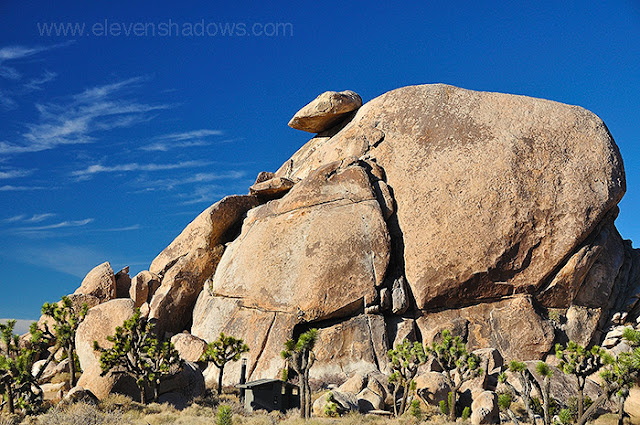 A great place with a parking lot and bathroom. Apparently it is so nice that it is a great place for photo shoots. Photo shoots of girls in thongs. It was ridiculous. She was standing in the middle of the street while her friend took photos not giving a damn that her butt cheeks were out for the world to see. Talk about awkward. It didn't stop there. She actually made a few costume changes.

Anyways the night before we had planned it out so that Joey and I would bring the stuff to make hamburgers. Except Joey forgot the dang burgers. Since we had everything else, including the grill we went meatless and had grilled cheese sandwiches. 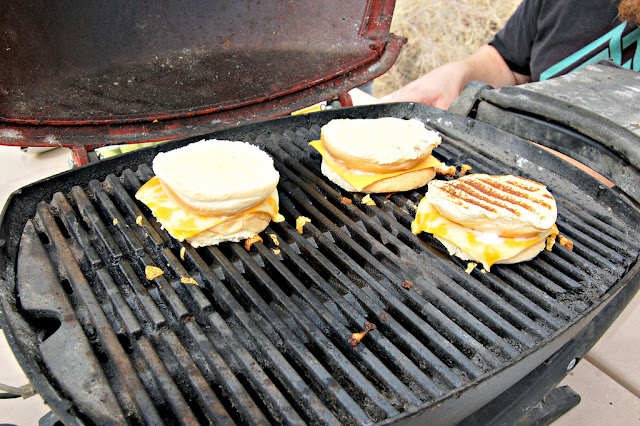 Thanks to my camera remote I was able to get a good group shot.
After our vegetarian lunch we headed over to Skull Rock. Just a really cool place to explore... 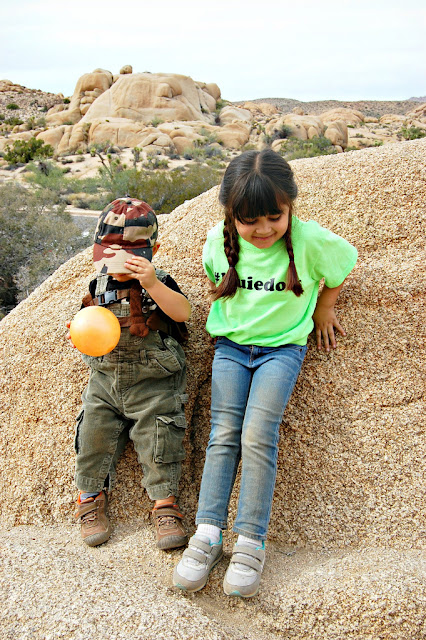 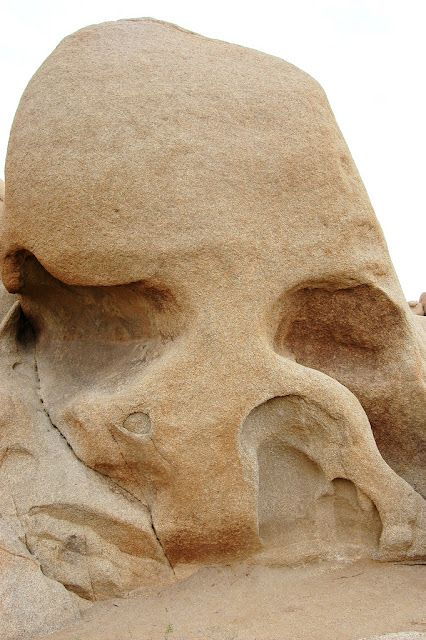 We continued on our way towards Old Dale Mining Road and we spotted the Cahuilla Cactus garden. This place looked like it was straight from a sci-fi movie. It was like stepping on another planet. 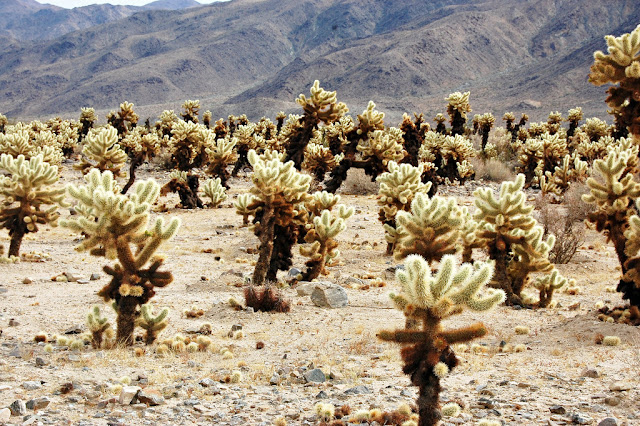 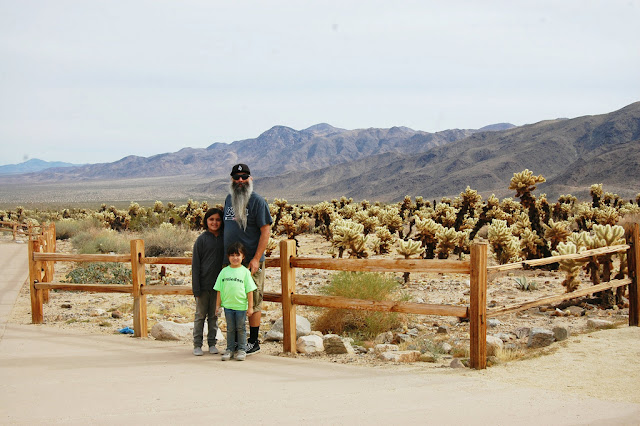 We got back on the road looking for our dirt road turn off. We were stuck behind the slowest car ever and it helped build the anticipation of those dusty trails. We finally made the left turn and we headed out to explore a new trail......
at November 02, 2015