Homeschool Week 7: Plants Make Their Own Food Like This

It was a pretty mellow week this time around. No real big projects or videos to do but as always still a lot of work to do.


Language Arts: This week we dove into the letter "Ii". We added the ice cream flashcard to the pile and we worked on the the sound and writing the letter. We did a ton of worksheets. The exciting part of the week was that we have started blending letters to make words. We started with the -at family. As usually Louie is having a hard time with the concept of blending but we need to stick with it. She did read her first word on her own this week. It was 'rat'. Not sure what that implies.... We also got to bust out the Bob books that Tia Mary bought when Phi was starting school. 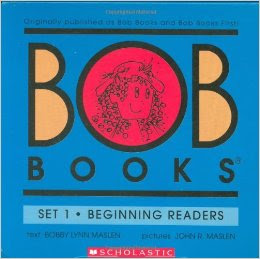 These are great book. Super simple. We are working on book 1 called "Mat". It's a slow progress and I am looking into other ways to help get her to understand blending.

Reading: We talked a lot about the setting and characters of a story. Phi and Poppa read a few books and they looked at the characters and the setting. Louie and I also played a game where I would give her a setting and a character and she had to guess the story or the movie. It was a lot of fun and I caught her playing it with her sister.

Writing: We started a new story this week. We are looking at what a narrative is. We brainstormed a idea of a story about a real adventure Louie has taken. She decided to write a story about an off-roading adventure. Of course she did. So far her story starts with packing the cooler, then the guys check the cars and then we see a squirrel.

Math: We moved on to the number 6 this week and we have continued working on some graphs. Louie had to count pictures and color in a graph for each. We also have been practicing counting to 20. She is great up to 11. We are still working on it.

Social Studies: I loved the topic this week. We talked about leaders. We talked about what a mayor does, a governor does and what the president does. We talked about the qualities that a good leader has. We talked about some of the things she is learning in girl scouts that are helping her become a leader. She drew the most awesome picture of Obama. We also did a lot of talking about how a man or a woman can be all these things.

Science: We looked at the differences between living and non-living things. Louie had a checklist and her and Poppa went outside and looked for different items. She found leaves, flowers, a rock and was able to classify them.


Language Arts: More tall tales this week! The weekend before we had gone to see the play Annie Get Your Gun so we asked if she could do Annie Oakley as her tall tale. We looked at the setting and the characters of the story. We also looked at the exaggerated  features of her story. We also compared and contrasted her story with last weeks story about Paul Bunyan. She made a cool fact wheel all about Annie Oakley. She also wrote a poem all about her.

Math: We looked at comparing 2 decimals. We worked on converting decimals into fractions and those fractions into common fractions to compare numbers. Step-by step math like this are fun for me. For Phi not so much, but she is doing a really great with it. We are taking math really really slow this year. Like 2 problems a day. This is really helping in limiting her frustration levels. And mine too.

Social Studies: Phi had to do a cultural bag project. She had to pick a culture in our community that is different than ours. We had to think a but about this one but we thought about our friends the Ugapo family, they are from Samoa. So we looked into the some food, traditions and holidays. The assignment was to write about traditions and holidays on one side of the bag. She wrote about the dance, clothes, tattoos and the White Sunday holiday, which is all about celebrating kids. The other side of the bag was a traditional recipe. We asked our friend Carrie Ugapo for her favorite traditional dish and she told us about Half Moon Pies. A pineapple filled pastry.  She filled the bag with pictures of lots of samoan items,

Science: This week was all about Photosynthesis. We watched this fun video (You've been warned the song WILL get stuck in your head) and talked all about it and wrote our own photosynthesis recipe. We also did our own little experiment with a plant. We took the plant in the living room and noticed that because of photosynthesis all the leaves were facing toward the window. So we rotated the pot and will be keeping an eye on it to see how quickly the leaves move.