Oh the joys of being a Mom to girls. At the girls last doctor's appointment I asked the doctor when it was time to start the menstruation talk with Phi. Since I "became a woman" at 11, turns out the time is now. So I checked out books from the library. Reviewed all the anatomy of it all and on Saturday I dove in and had the talk with Phi.

I went for the no-nonsense, straight forward talk. We went through the why and the how and the when and talked about and showed her the supplies. I told her my hilarious story about the first time I tried a tampon. Eventually she asked how an egg becomes a baby and I told her that that was part of discussion we would be having in another few years because it was all about sex and that talk comes later in life.

I think it went well. I really emphasized how every single woman goes through this and it is nothing to be embarrassed about. When we went to the grocery store the next day we went through the sanitary napkin (i have never liked that term!) aisle to look at all the options.

It was awkward and I think Phi was a bit grossed out by the whole thing but we got through it. Later Phi showed me some of her latest drawings. I think she summed up our experience perfectly... 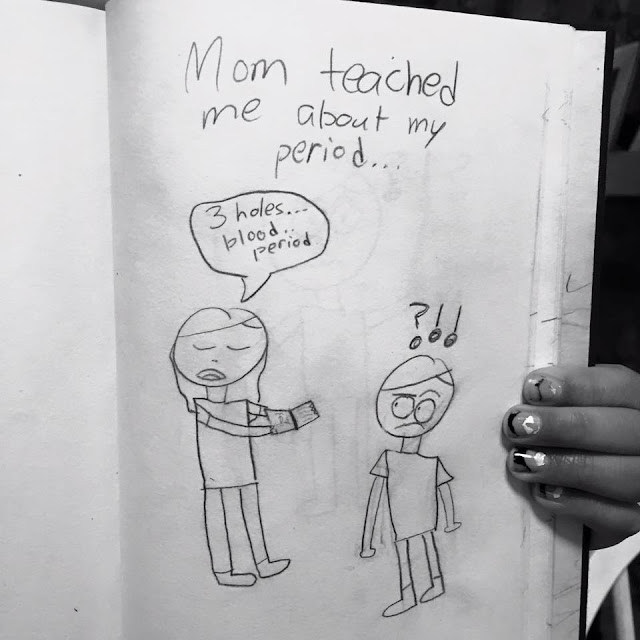 We started the discussion with the anatomy and apparently that part was memorable.

I remember how confusing it all was. 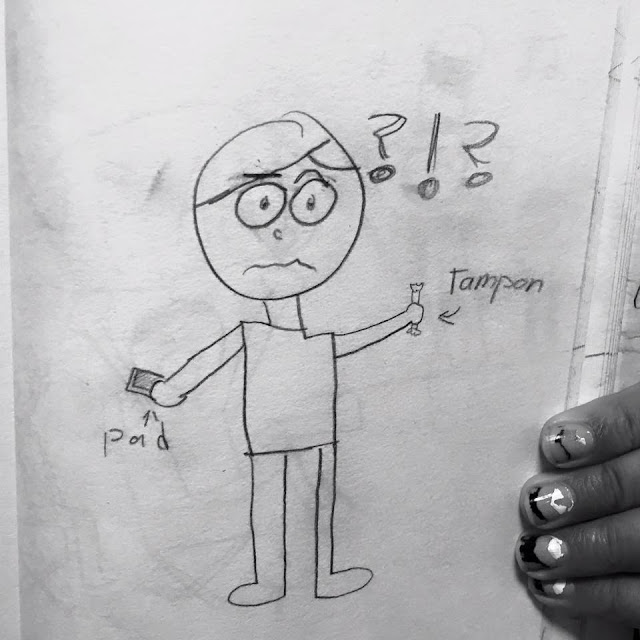 I just realized that because we had girls Joey got out of potty training, menstruation talk and most like the s-e-x talk. Lucky bastard.

And of course Louie was eavesdropping most likely the entire time. Later that day we had this conversation...