R5 at the Greek 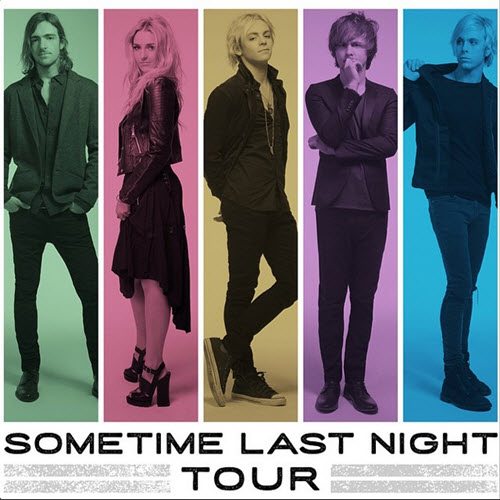 A few weeks ago a blog that I follow had a giveaway for tickets to the R5 concert at the Greek Theatre. I knew that the girls liked R5 and I knew that they were a teeny bopper Disney band. I entered over at Kinda Silly Mommy  and was super excited when I got the email that I won the 4 tickets!

So on Sunday we were in Santa Barbara and Phi was not feeling well. Like puking in a port-a-potty at the park bad. She was not keeping food down and feeling crumby. We kept asking her if she wanted to go and she did. Since she was not having any other systems we knew that it was something she ate so we kept checking with her throughout the day.

The Greek now has an awesome shuttle service now at Griffith park. It was super easy, super cheap ($7!) and quick. As we were parking Phi puked one more time. (Thanks for the barf bag Mom!) and we asked her one more time if she was up for it. She said she was.

And miracles of miracles she was 100% better by the time we got to our seats. 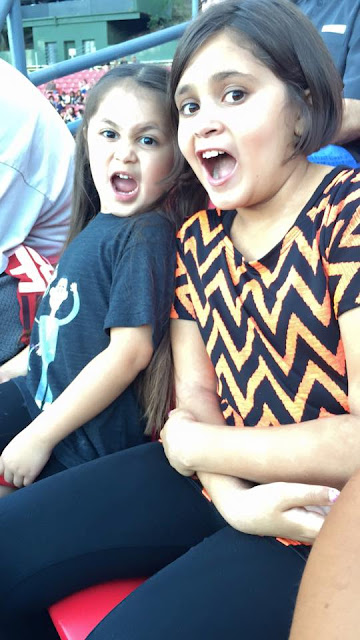 The girls have been to concerts before but never for a band that they want to see. So this was also Joey and I's first time at a concert for a band we did not know. Our first "taking your daughter to a teeny bopper band concert" experience. 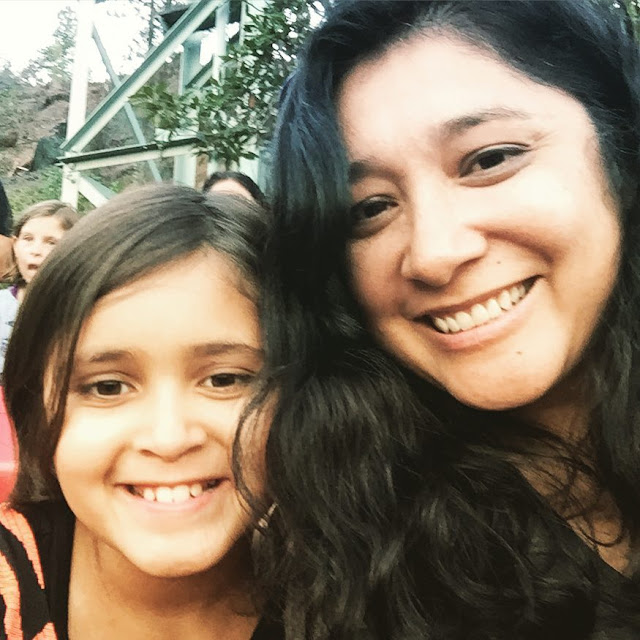 Joey broke the first rule and let the fear in his eyes show. 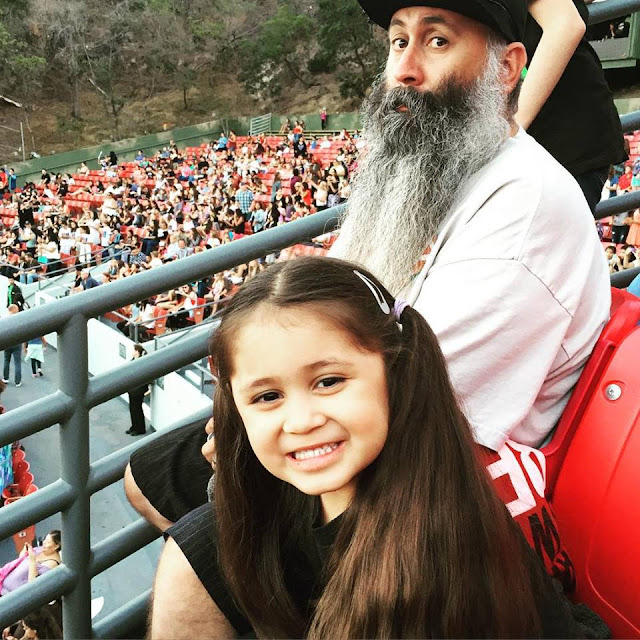 I forgot how awesome the Greek Theatre was for shows. Great great venue and now that the parking situation is under control it's almost perfect.

Phi and the thousands of other tweens around us were very excited for the show. Tween girls screams hit some strange frequency that just is not natural. Joey said it can even throw off his equilibrium.

So after sitting through 2 opening acts it was time for R5 to hit to the stage. Phi was beyond excited. Louie not so much. 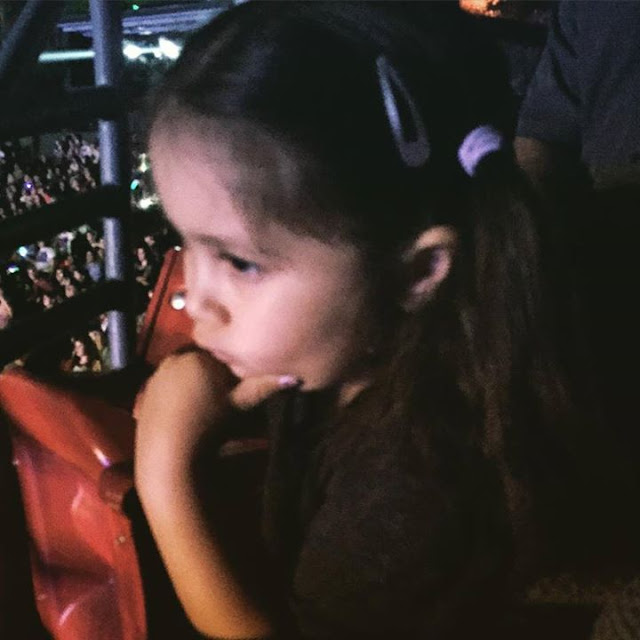 The entire time she thought she was going to see 5 Seconds of Summer. Both bands have 5 in the title. I can see where she got mixed up. So for the first song or so she was bummed. She eventually came around and had a blast. 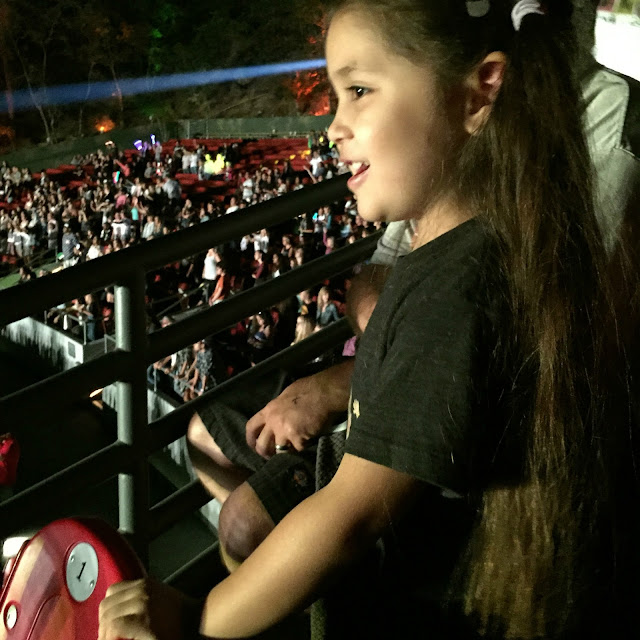 R5 put on a really great show. Even though they never played the Austin and Ally theme song. I kept yelling for them to play it. 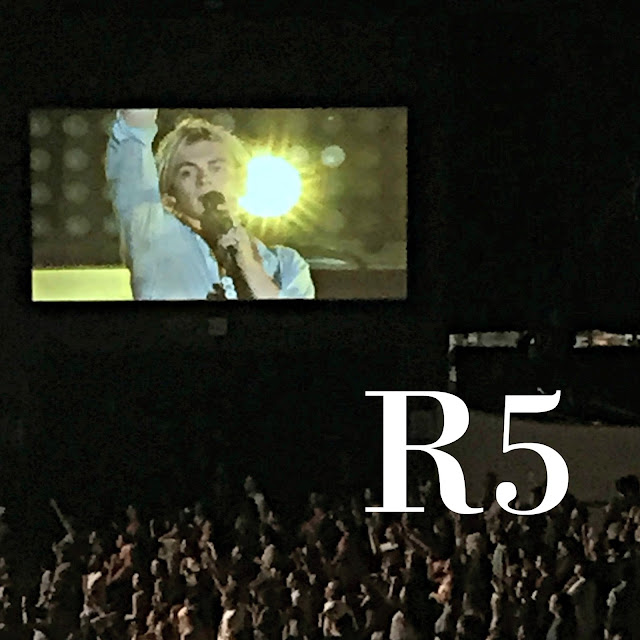 It was quite the experience but I would sit through any teeny bopper concert to see my girls this happy. 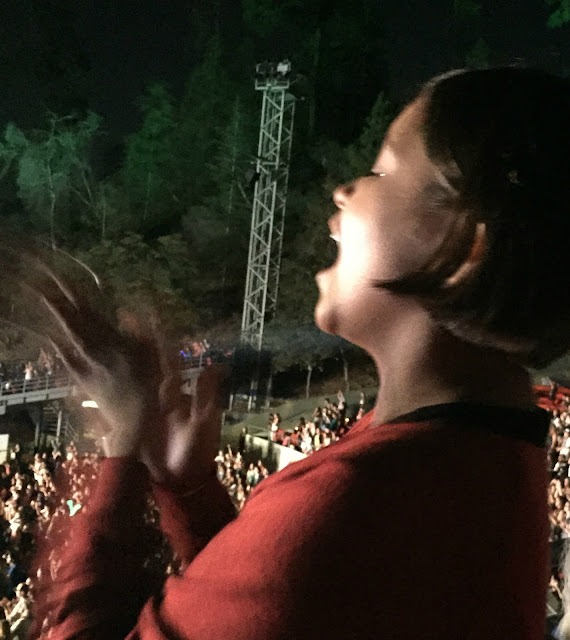