We have been out of school for about 4 weeks now. The girls schedule doesn't change much except that there is no homeschool work to keep Phi busy so instead she has been sitting in front of a computer playing Animal Jam and watching YouTube video of people playing MineCraft. After 2 weeks of this I knew we needed get some kind of educational learning time into our day.

So I went straight to the source for all my things in life...

I have found some really great and quick little lessons for both girls.

If you have been following along with us for the last few years than you know that math is the evilest evil in our house. Phi has a hard time with it and so convincing her to do some during the summer is practically impossible. As usual I had to get creative.

I have found that Phi likes sudoku. She takes after her Nana like that. She can now do an 'easy' level' puzzle practically on her own and she really enjoys it. 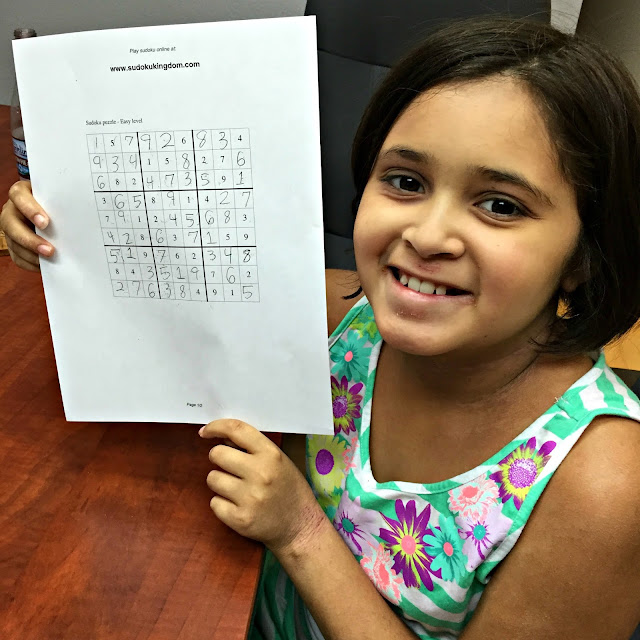 With Little Louie we are just working on number recognition. For this I found a really fun game that involves dice and a bingo stamper. Louie loves herself a bingo stamper. She takes after her Grandma Josie like that. This game is simple. She rolls the dice, counts and find the number on her sheet and stamps it. 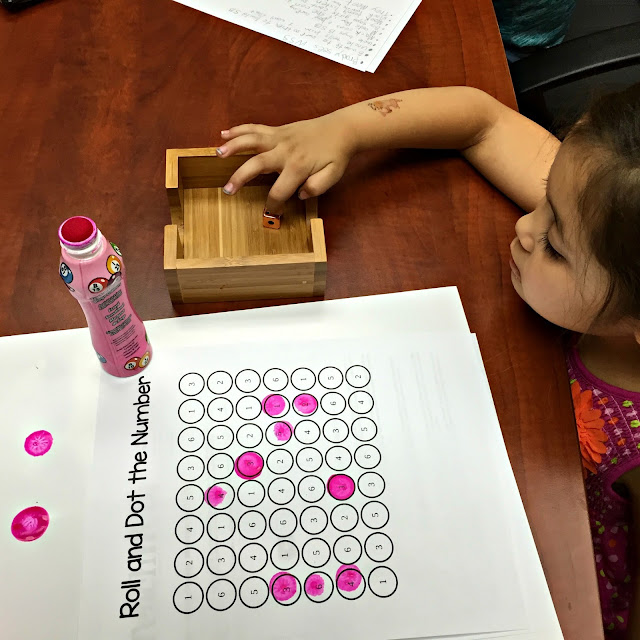 Sometime I try to involve both of them in one big giant word problem. This one here started with the balloons in the corner. I am obviously not the artist in the family. I had Louie count them and told her we were going to plan a party. We drew out her guests and she counted them. But them 2 more people showed up so we added them in. We talked about gift bags and how many of each candy we would need for each bag (multiplication). We talked about pizzas and how many slices were in each and how many we would need to order to feed everyone (fractions). We also determined how much the pizzas would cost (multiplication). Then we got to presents. Each person gave the birthday girl money and each card had double what the card before it had (multiplication). In the end Noah had given $256! Then of course we added all the money. Then I told them that the parents had offered to double whatever they got in gifts. I totally made this one up as we went along and both girls enjoyed it. 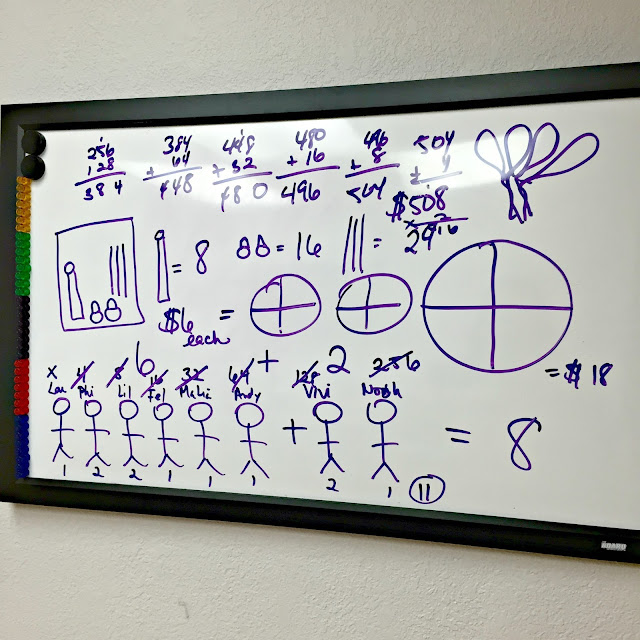 When it comes to writing I found a really awesome website called Teachhub.com  Here you can find video writing propmts with activites for grades k-12 for each video. That means that girls can watch the same video and each do a separate activity from it.

For example we watched a short video from Monsters University. With Louie we talked about how even Monsters go to school. Then we talked about the kind of classes that a monster would take. Then I asked her to draw me a picture of monsters at school.

As she did that Phi and I discussed what a prequel was. How it tells the story before the original story. Her project was to pick a movie she liked and jot down ideas for a prequel.

She picked Teen Beach movie. (It's all they talk about right now) Here are her notes... 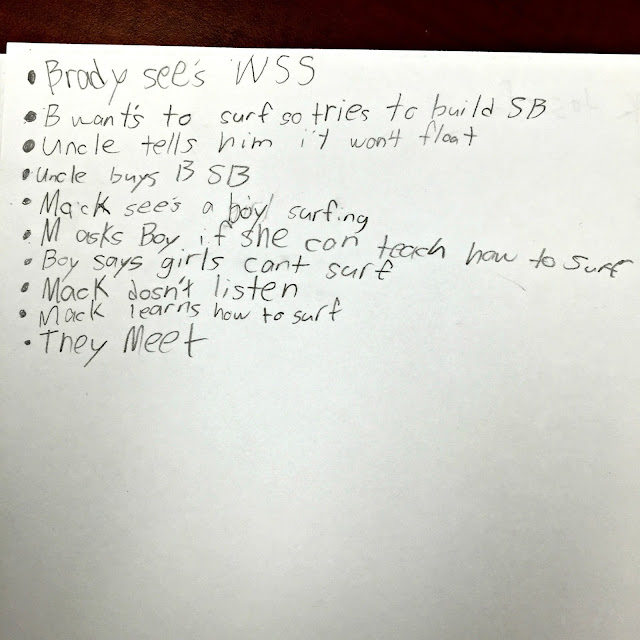 I try to do lessons like these about 4 times a week. They take no more than 30 minutes and then they can go back to whatever new YouTube channel that are obsessed with.
at July 02, 2015