Over the weekend Joey and I left the kids with my sister so we could go and watch our niece in her local community theatre play. Chone (her nickname!) is a sophomore in high school. She is active in school plays, orchestra and is on the track team. I like to joke that in her 2 years in high school she has been more involved than my sister and I combined in all our years in high school.

After her performance as Lucy in The Lion the Witch and the Wardrobe this fall she caught the acting bug. She wanted to perform more and learn as much as she could. So what does she do? She works behind the scenes in her high school spring musical and auditions for a part in the local community theatre. Yup she does it all.

The play has been running for a few weeks now and Joey and I were so excited to finally get to see it. 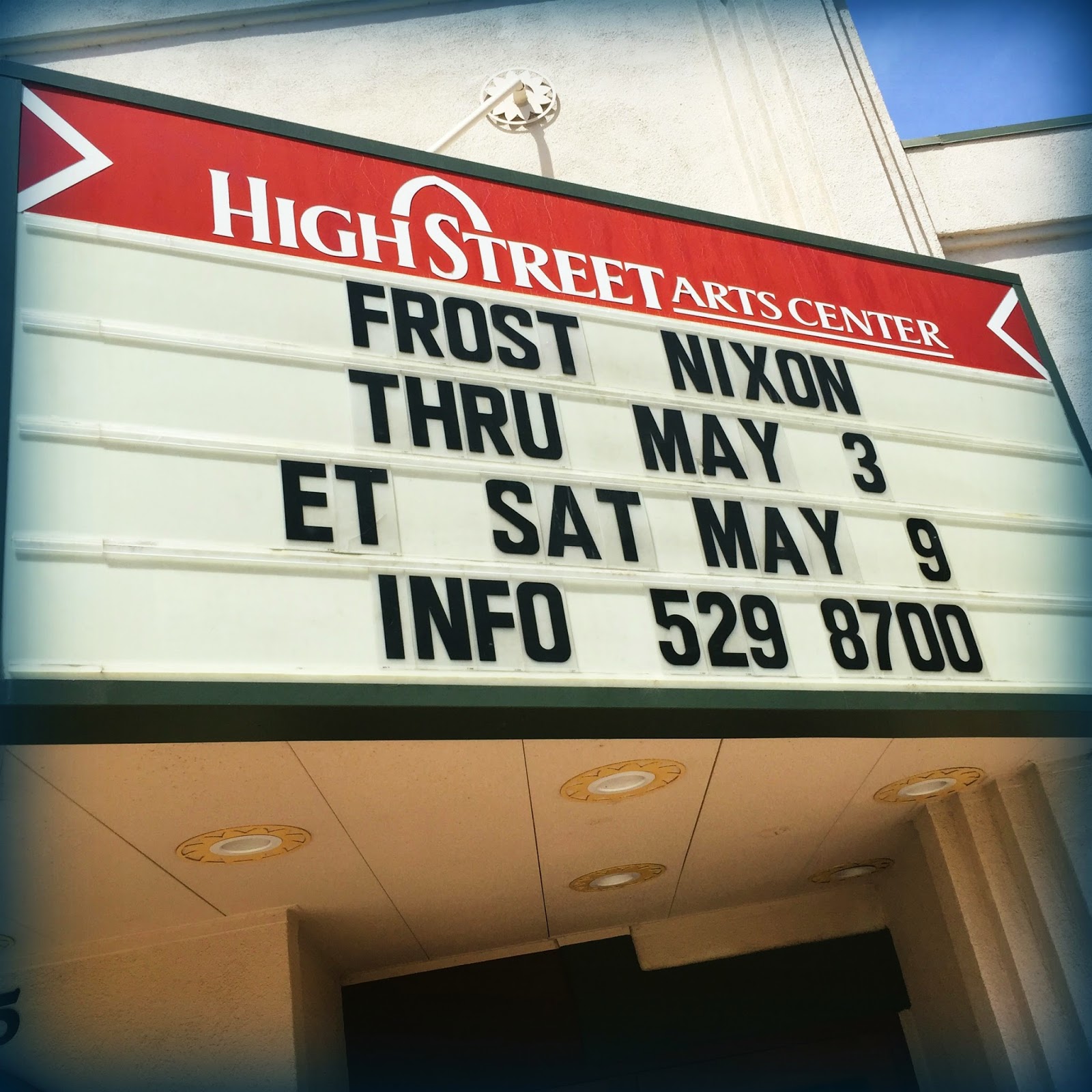 She earned a part in the political play Frost Nixon by Peter Morgan. Well really she earned a few parts! 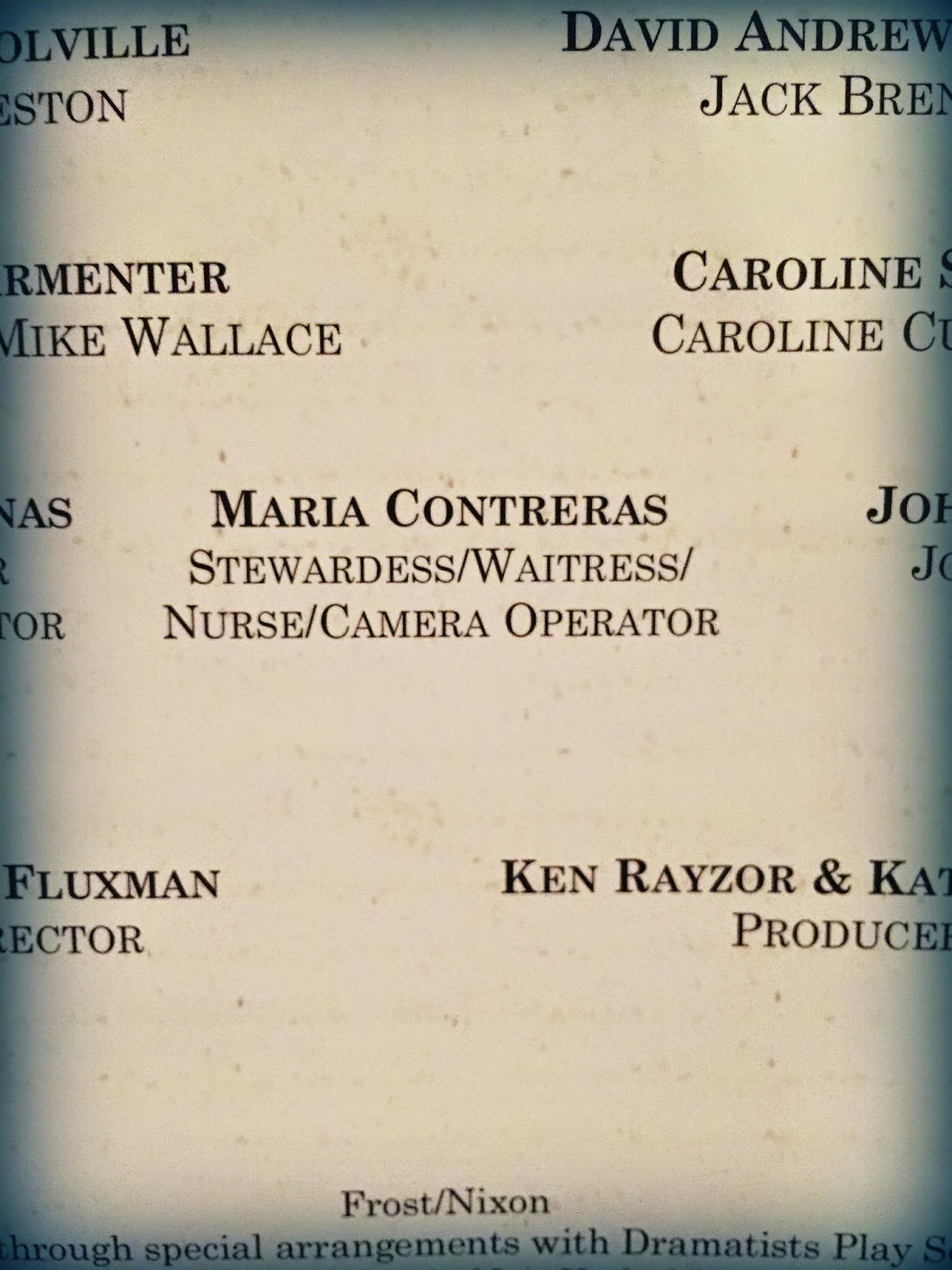 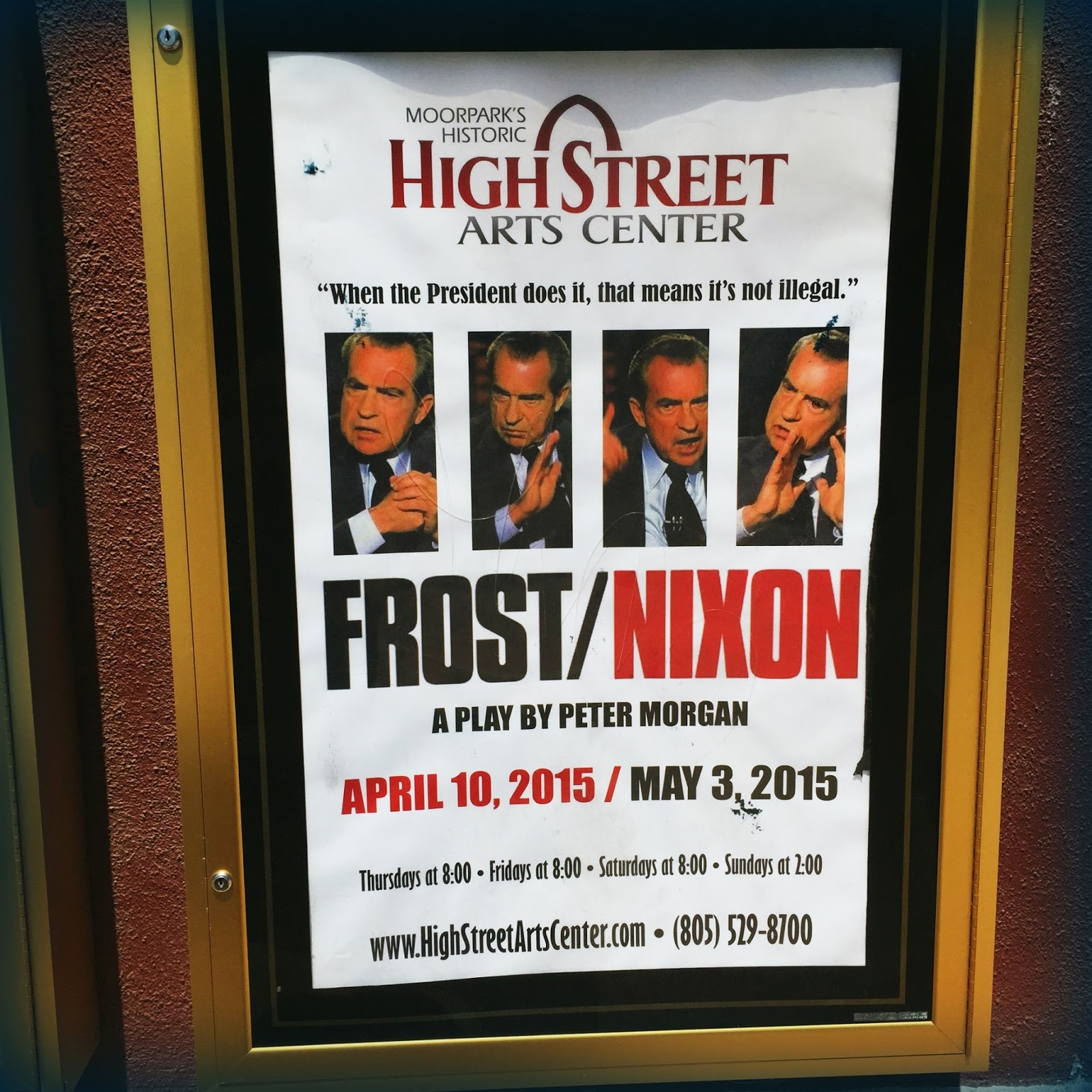 We walked into the lobby and this was up! 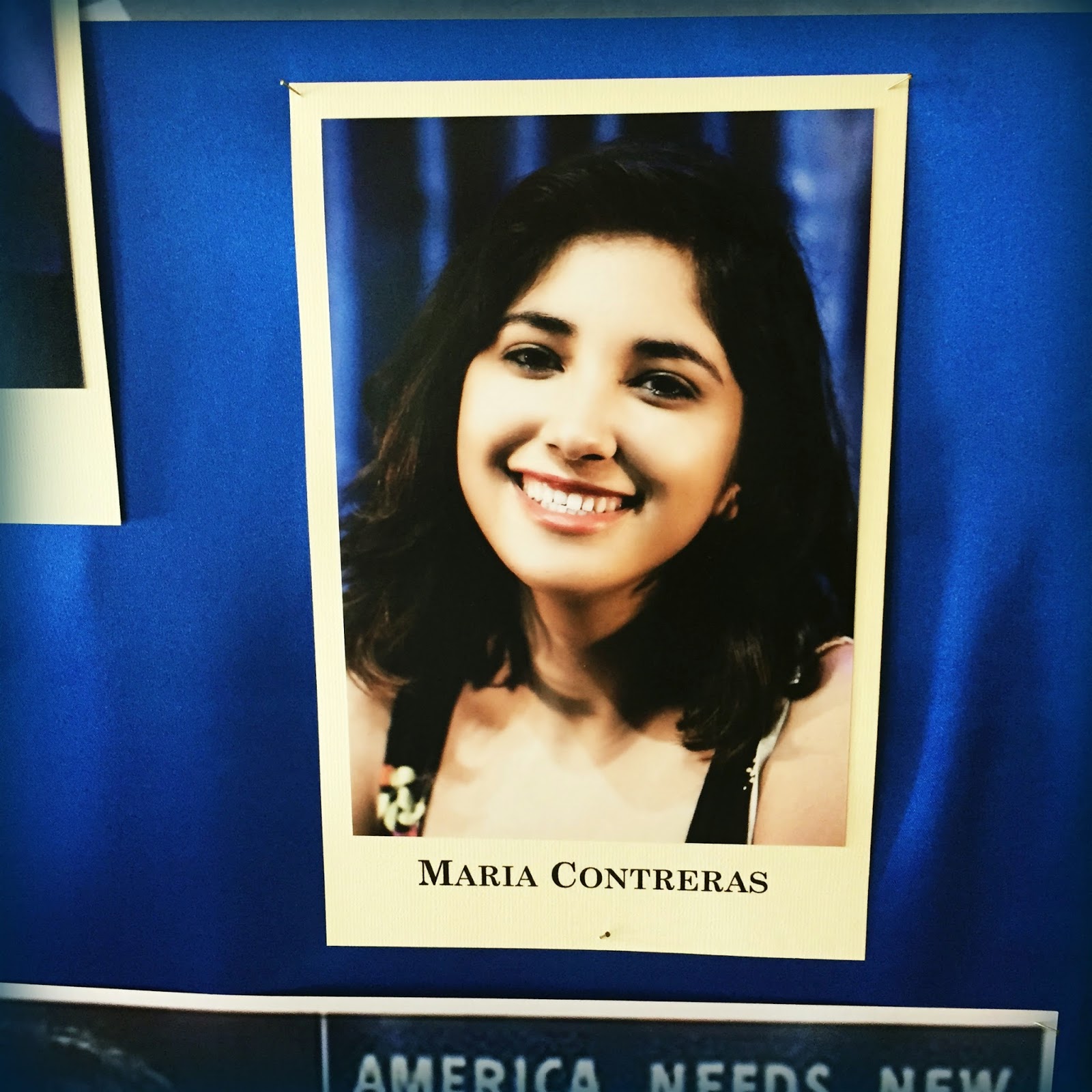 We grabbed some popcorn and water and headed to find our seats! 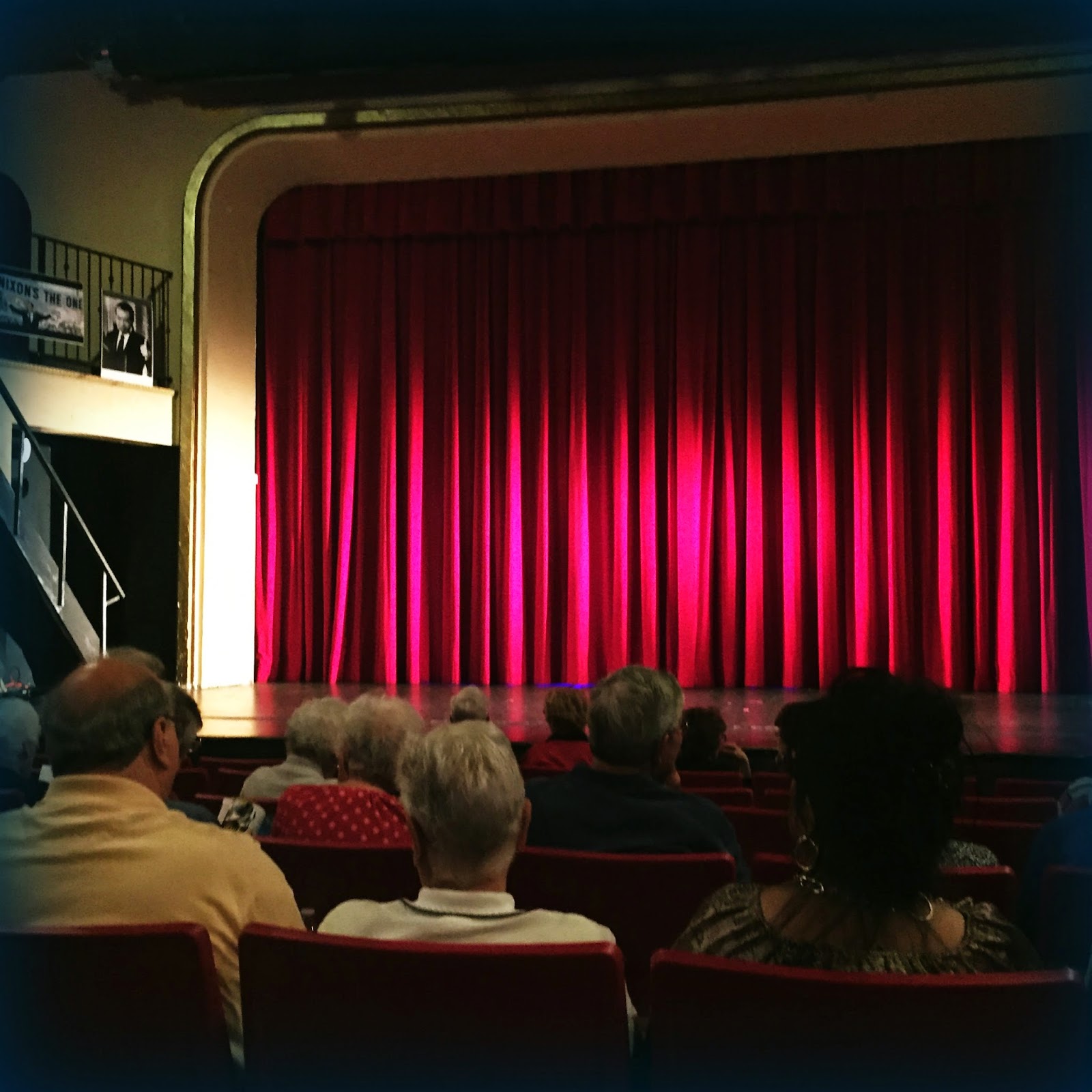 Even though we would love anything our Chone is in, the play was so great. Of course we were aware of Nixon and Watergate but we did not know anything about the infamous Frost interviews. 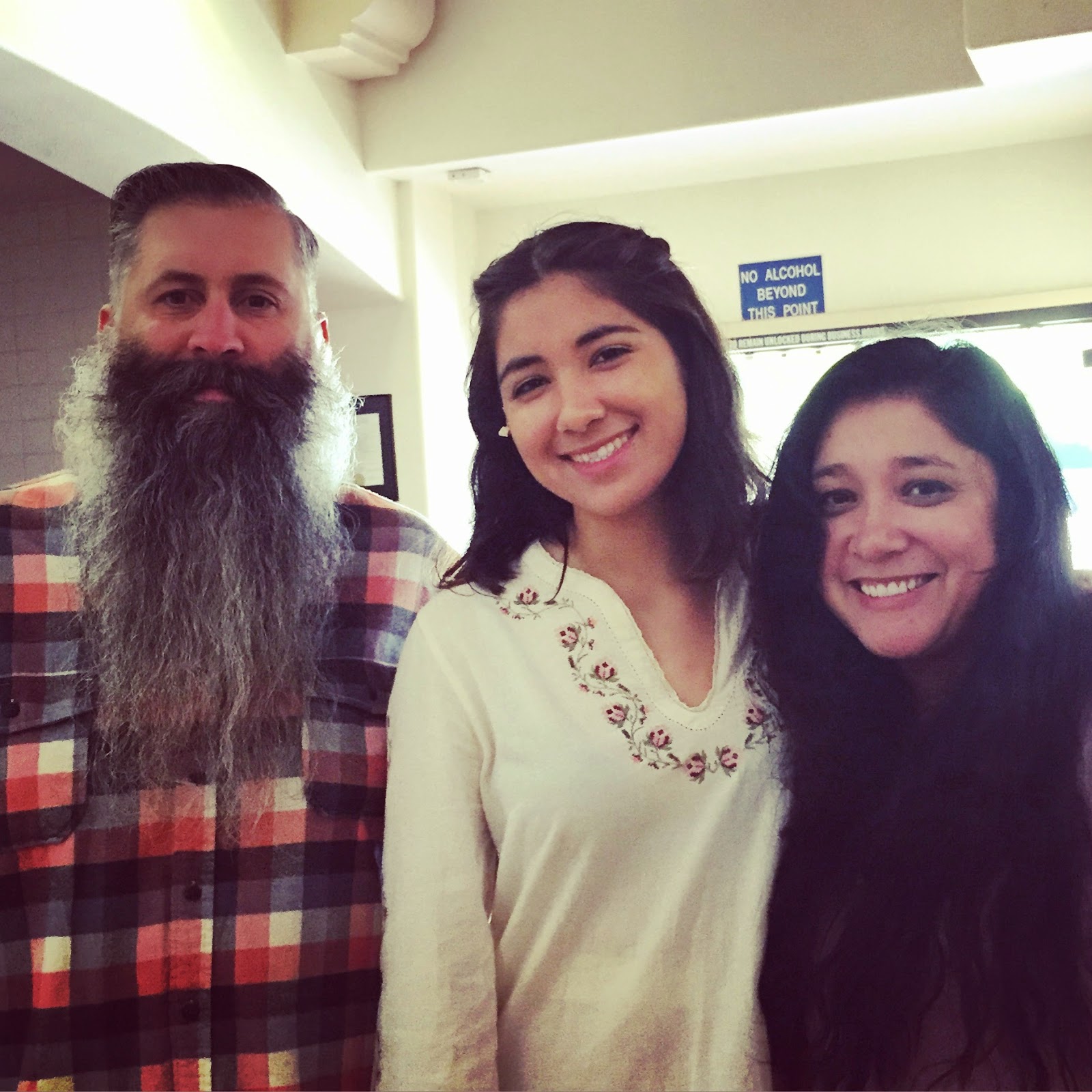