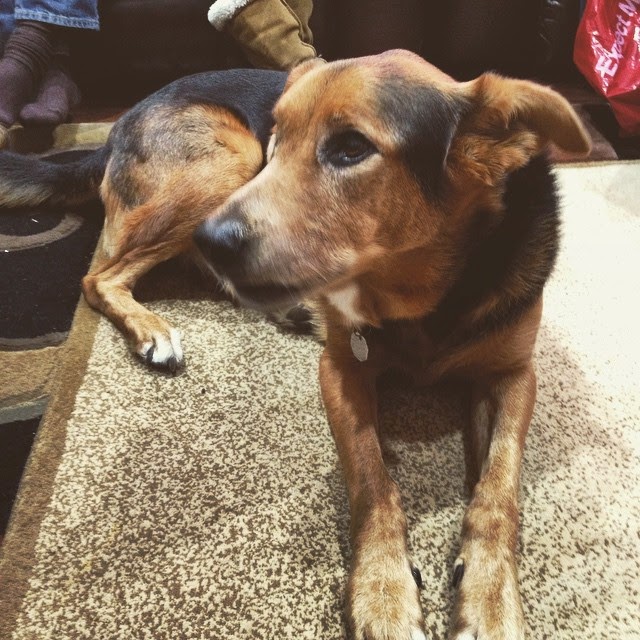 I remember the day Flip came into our lives. It was 2004 and Joey and I had just moved into our home. We were at a PetSmart just wandering when we walked into a pet adoption event. An older lady was there with this little black and brown puppy. It was love at first sight. The lady told us that her daughter and boyfriend had brought home the puppy but were not up for taking care of it. We did not hesitate to adopt him. I remember Joey carrying Flip like a baby through the store as we shopped for puppy supplies. We walked in that day without knowing we would be bringing home a new addition.

Flip made himself at home and was happy to have our other dog Roo as a playmate. Flip grew, and grew and grew. He was a typical puppy and during the year he was at our house he literally ate up a few couches. Yes plural. I can remember one time coming home and finding the stuffing from a couch cushion everywhere. The weird part was that the now empty pillow was not ripped up. Flip was considerate enough to use the zipper to get to his beloved stuffing. There was also the time when he was chasing Roo through the house. Roo ran out the dog door with Flip right on his tail. Instead of using the dog door he ran right through the screen door, To this day we do not have a screen door in the back. There was also the time he helped himself to some pork chops bones. I came home from work to find him laying on the floor breathing heavy. I panicked and called Joey and by the time Joey got home the bones had passed and Flip was back to his normal self. 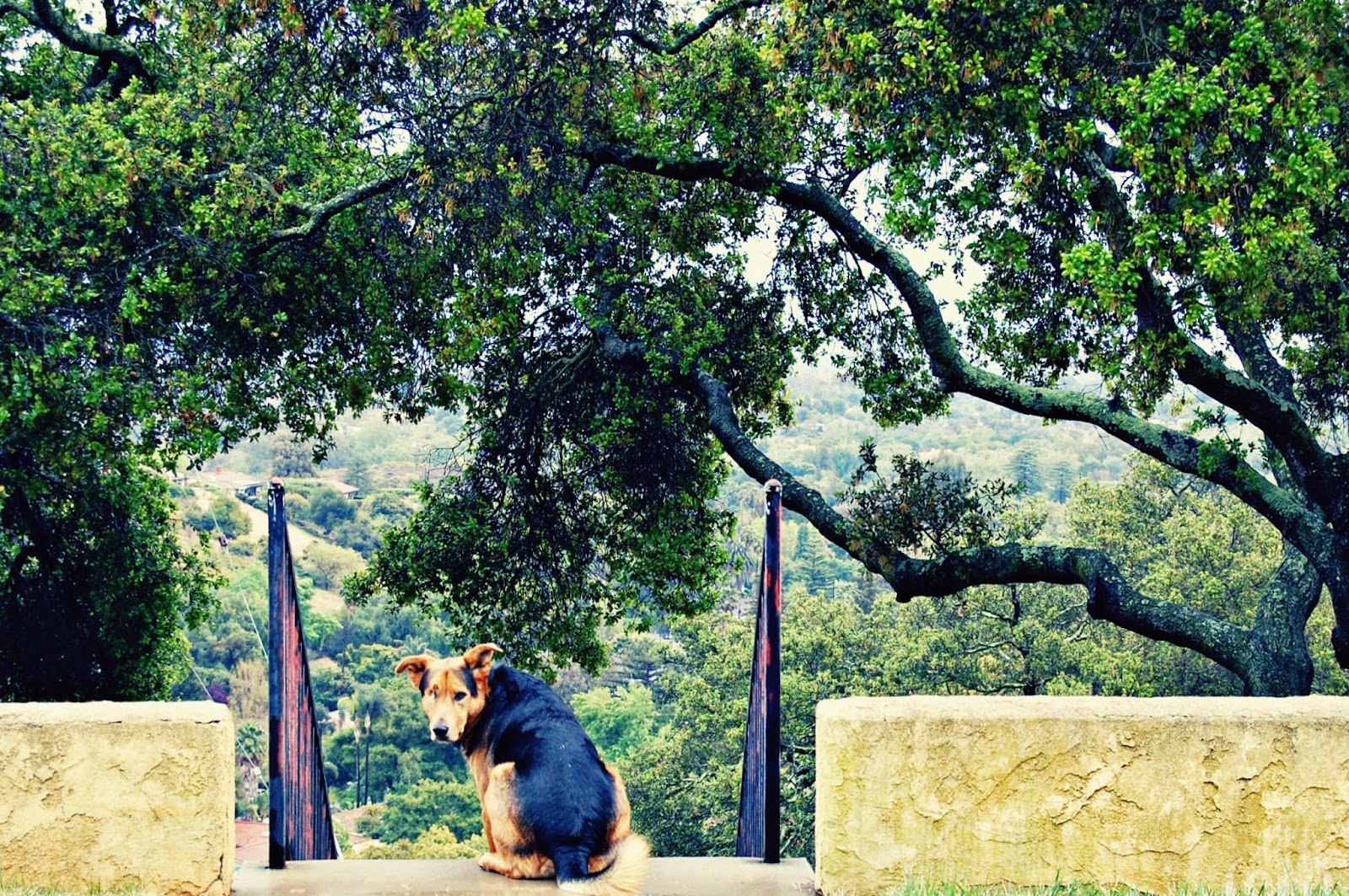 Flip lived with us for almost a year. When Phi was born my Mom stayed with us for a week to help out. When my Pops came to take her home they loaded up Flip and took him too. There was really no discussion, my Mom was convinced Flip was too big and active to have around a baby. Of course she was right. Flip moved to Santa Barbara in 2005 where he lived the ultimate ranch dog life. He made friends with a road runner who would taunt him. He had many battles with the coyotes and even suffered a snake bite or two. He spent his days with the workers on the ranch and would come home at 5pm to spend his evenings curled up on his blanket on the couch. There was the time he smacked his face into a pole and ended up losing his eye. Having one-eye never stopped Flip. He could still catch a piece of meat in mid-air. 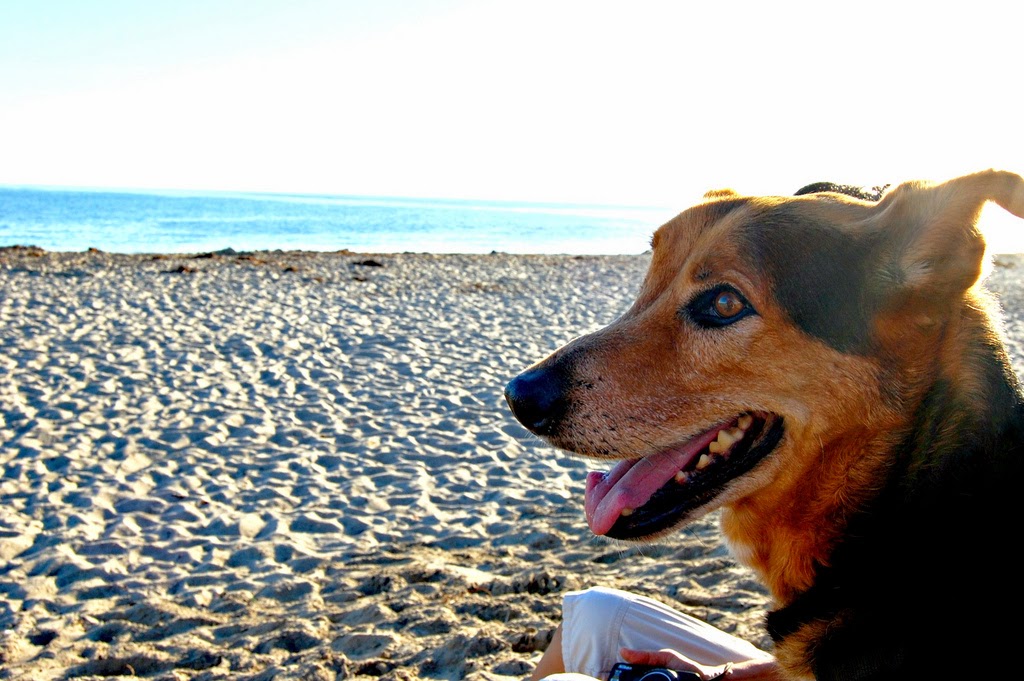 Sometime around November his health began to rapidly decline. A trip to the vet ended up with a cancer diagnosis. He had major inoperable masses in his lungs. The vet could not tell us how much time he had but we knew that Pops would be able to determine when it was time. We knew Pops wouldn't let his best friend suffer. The vet put Flip on some steroids that seemed to be a miracle drug. He was back to his old self. Eating, playing and even being the alpha dog when all the other dogs were around. The medication gave us some hope. He even was gaining some weight. Of course the home cooked meal of meat my Pops would make him for every meal was helping.

I was really praying for a miracle.

The last few days Flip's breathing has labored due to a mass against his lungs. He is not eating or drinking. We got word today that my Pops has determined that it's time.

As much as we want him to stay, he is suffering so it's time to let him go. 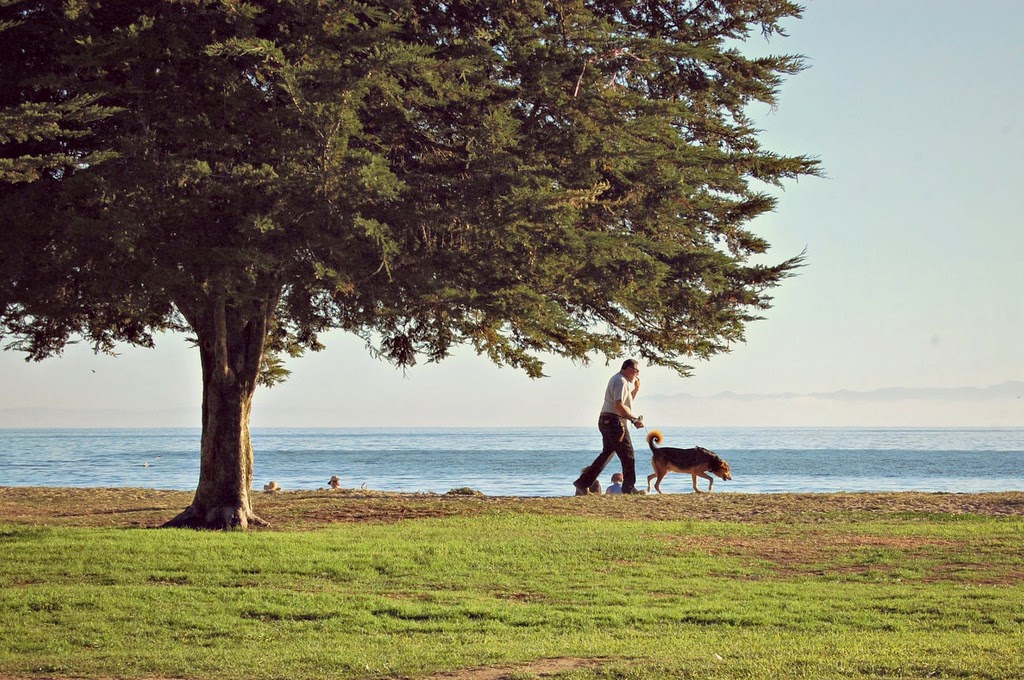 This afternoon the vet came to my parents house and now our Flippy is in heaven. I believe that Flip came to Joey and I as a way to get to my Pops. Flip was his best buddy and his constant companion. And in exchange my Pops gave him love, attention and patience. He was always meant to be my Dads dog. My heart is breaking for him. Like all dogs they become part of our family and Flip was an important part of ours. 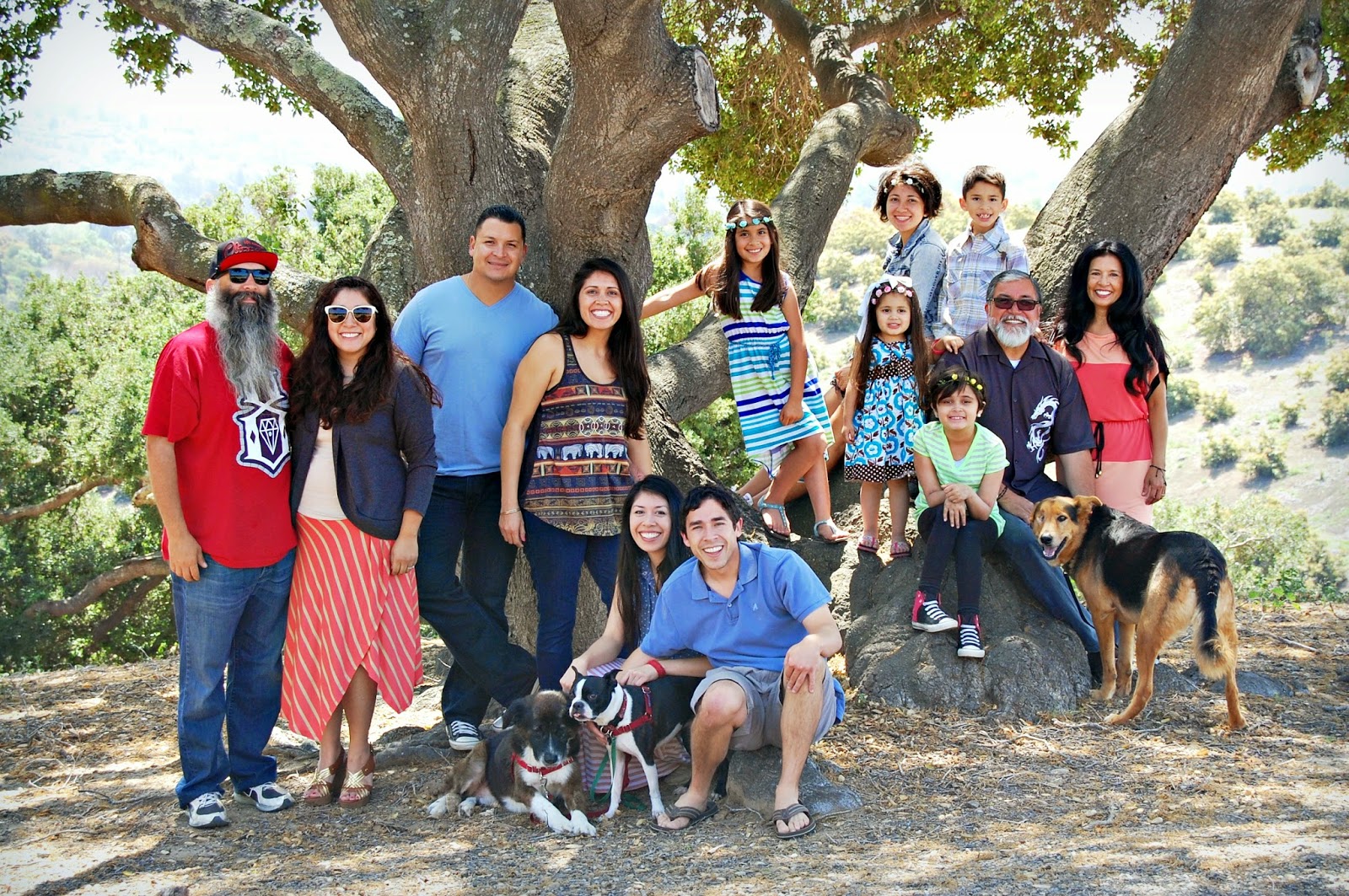 We love you Flippy and we are comforted in the thought that you are not suffering anymore but we will miss you so much.