VMA's Then and Now 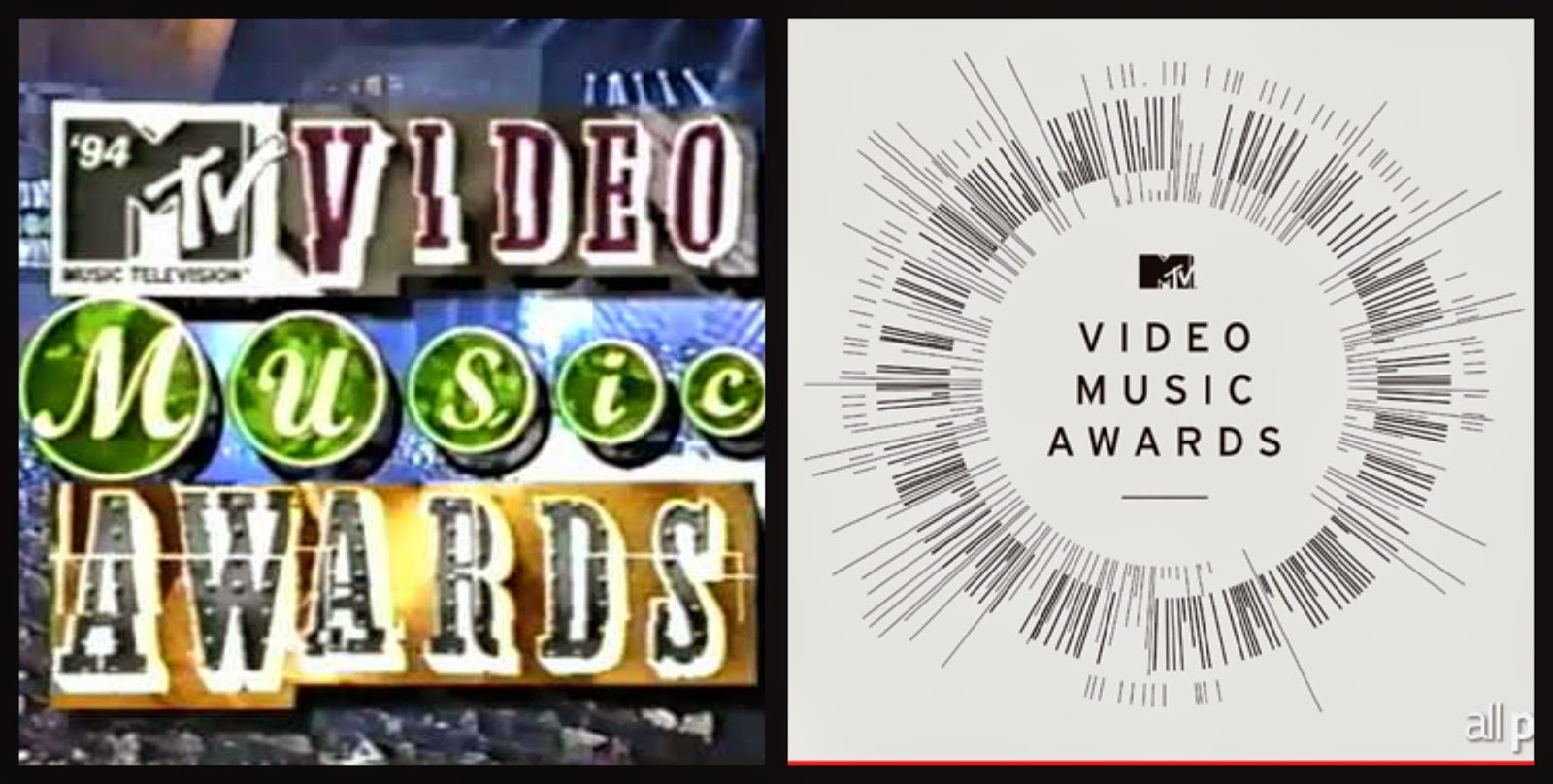 The other day Phi and I grabbed some water and goldfish crackers and got comfy on the couch to watch the MTv Video Music Awards. I love award shows and the VMA's were always one of my favorites. But this year as my daughter sat next to me rooting on her favorites and singing along to all the performances I was hit with a big realization, I am old. I had no idea who half of the presenters, nominees, winners and even performers are. I had become my Mom asking questions like "Why does that guy have a giant clock on as a necklace?"

I got to thinking about the VMA's back in my hay day. 20 years ago. The 1994 VMA's were in New York and hosted by Rosanne Barr. Yes really! This was the year that Michael Jackson and Lisa Marie Presley had that awkward kiss on stage. The Video of the Year award went to Cryin' by Aerosmith. You remember that video with a young Alicia Silverstone getting her belly button pierced. Other award winners included Salt-n-Pepa, Soundgarden, Counting Crows, Snoop Doggy Dogg and Nirvana. Performers included Aerosmith, Boyz II Men, Green Day, Beastie Boys, Bruce Springsteen and others of the sorts.

As much as it sucked to feel super old and uncool, I am glad to see Phi have the same love for music as I do. She was just as excited to see Ariana Grande win the other day as I was to see Janet Jackson win in 1994.