AND we are back!

We are officially back into the swing of things. It was not an easy transition for any of us. We have a new schedule this year and will be in class on Wednesdays for a few hours. So Wednesdays will be our recap days. We had some forgotten backpacks days, late afternoon sessions and the dreaded return of math.

Language Arts: Character Traits and Motivations, Vocab, Personal Narrative: This year we are working out of an actual text book. The book was sent home and will be kept at home for the school year. We dove right in and worked through the first chapter. We did some vocab and I made up a fill-in sheet as well as a little quiz so she could practice her vocab. The rest of the assignments were all about characters traits and motivation and how those things make the events of a story take place. I used the movie Frozen as a reference point because well....it's Frozen. We talked about Elsa and Ana's character traits. We talked about how much Ana loves her sisters and how brave and kind she is. These traits motivated her to go into the snow and search and rescue her sister. I asked The Phi how the story would change if Ana's character traits were different. What would be different if Ana didn't like Elsa and was jealous of her sister? My favorite assignment of the chapter was Phi's story she wrote. It is all about 2 friends who are in a scavenger hunt contest. She talked about each character's traits, one was kind and smart, the other sneaky and adventurous. She used these traits to make a really cute and sweet story.

Math: Place Value and Number Sense: Oh the dreaded math. Phi went into math with a pretty bad attitude. Math was our toughest subject last year. Right away it was very apparent that we did not do enough math review over the summer. The basics were giving her trouble. Things like addition and carrying in addition were a problem. When I had to say "7+3 does not equal 73" I knew that we were in trouble. I really think that part of the issue is that she has this "I suck at math" mentality. I think that if we can break through this way of thinking it would make math so much easier to get through. I am open to any suggestions! So this week was a lot of review when it comes to place values, standard form, written form and expanded form. I found this great YouTube video from a teacher that helped Phi with place values. After the worksheets were done we spent the rest of the week playing place value games on-line for math. This site has a bunch of great links for math games. We also touched a bit on roman numerals and graphs.

Social Studies: Where is California? California's Land and Water: I love California. I am so proud to be born and raised in the Golden State so I am excited that part of social studies is going to focus on California. This week we looked into the landforms of CA and how they make this place special and beautiful. We also talked a little bit about John Muir. Besides the worksheets and answering text book questions the project was to make a map of California and list 3 different bodies of water, what is North, South, East and West of CA. We printed Phi an outline of CA on 11x17 paper and let her paint and label it. I love the little pictures she added. 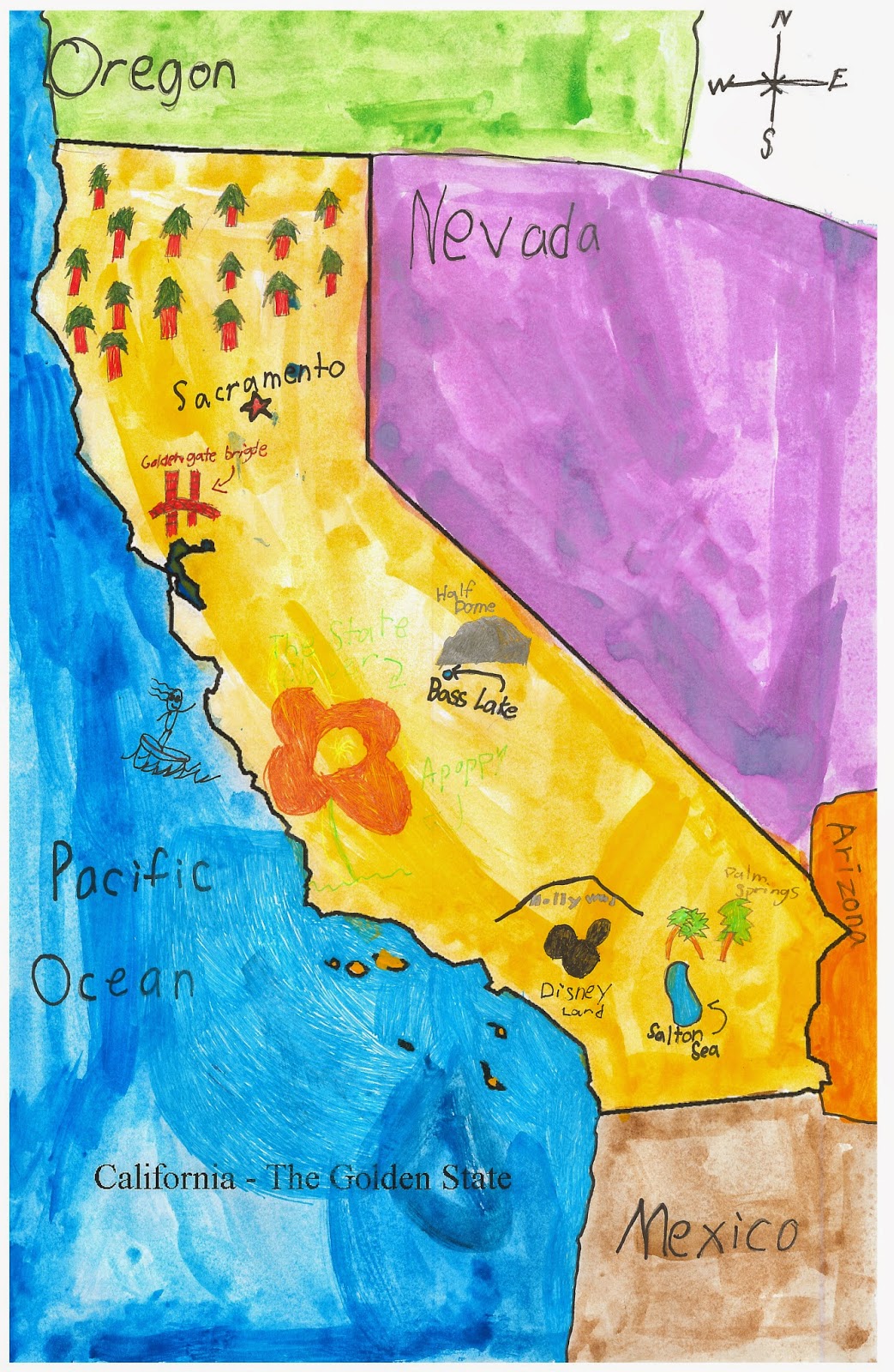 Science: What are Producers and Consumers? This section was all about producers (plants that make their own food) and consumers (those that have to eat producers or other consumers to survive). Well let me let Professor Dr. Sophia teach you about them.....


Producers and Consumers from Elissa Lerma on Vimeo.


So we made it through week 1. Joey and I are not fighting and Phi is not in tears so week 1 went way better than week 1 last year. We are looking forward to 4th grade and the adventures it will bring!
at August 27, 2014