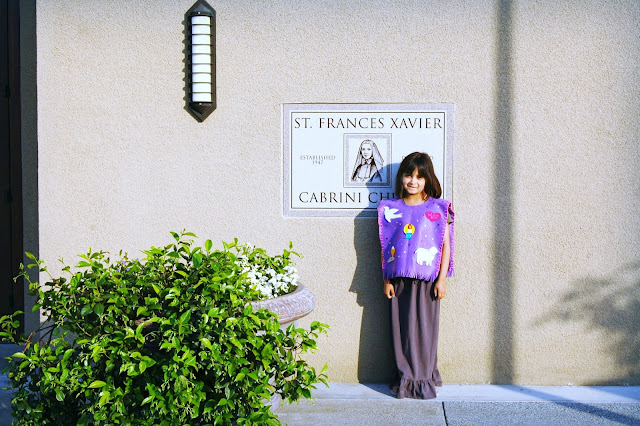 Phi is almost done with year one of her First Communion preparations classes. At our church during the first year the kids make their first confession. The weekend before Phi and I attended a workshop where the kids got to make a pancho vest-like thingie to be worn at her first confession. They gave us white glue and some felt pieces. We did the best we could with the materials we had, then we went home and really jazzed it up!

We hot glued shiney stars and added fringe and a pink yarn border. We added pom-poms to the cross on the back and Phi asked that I embroider her favorite part of the "Act of Contrition" on the back. It came out really good. 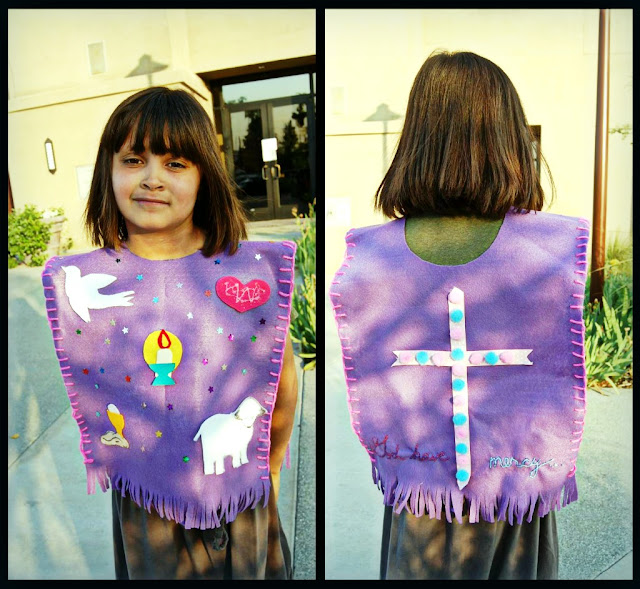 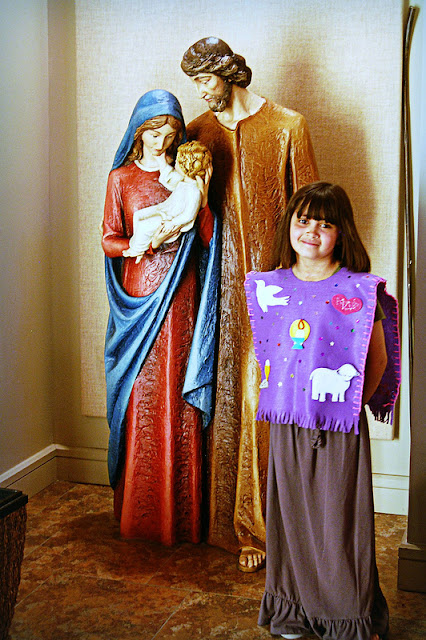 We meet in the church and they called the first 3 kids up. Phi was the third kid called. She went right over to the priest and I was so nervous for her. We had spent weeks practicing her prayers but as usual I couldn't help but think back to my first confession. When I went to catechism at that age it was still run by nuns. Very strict nuns. Before we could make our first confession we had to pass an oral exam.

The idea of telling someone a list of all the things you did wrong is super nerve wracking, but Phi did it in less than 3 minutes. She came back to our pew and said her prayers and we were able to go home. As we were leaving she told me "Mom I do feel different. I feel lighter".

We are so proud of our Phi! 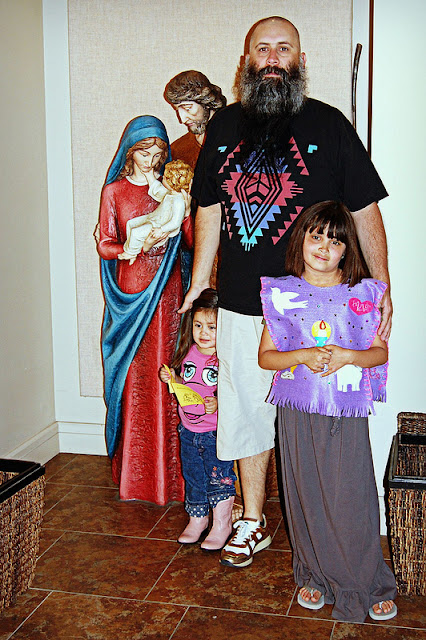 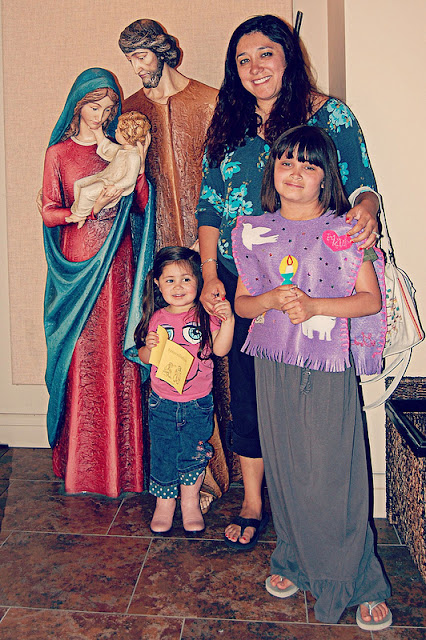