We finally made it to one of our nephew Felix's (aka Chavo) t-ball games. This is his first year playing and it was so fun to watch. Much like his older sister he shows absolutely no emotion when playing sports. He could have hit a grand-slam and not even bust a smile. I have no idea why they are like this.

He is one of the oldest on the team and one of the best players. He is the only boy in our family and he is completely adored by us all. Since he is a twin it's rare to go to something that is just for him. 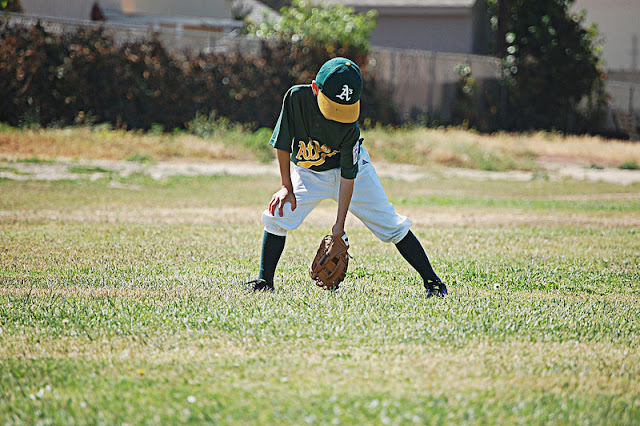 The games lasted one hour. Each inning consisted of each player on the team hitting once. They took one base at a time. And after each player got a turn it was time for the other team to hit. I thought it was a great way to introduce kids to the game. 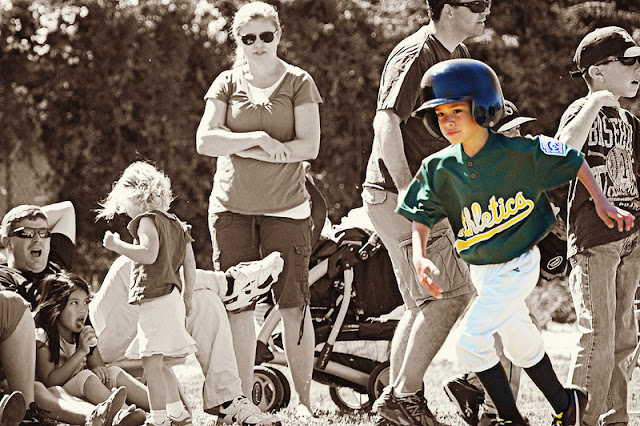 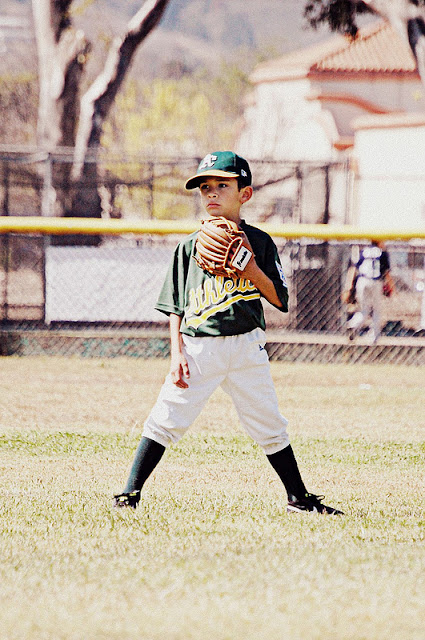 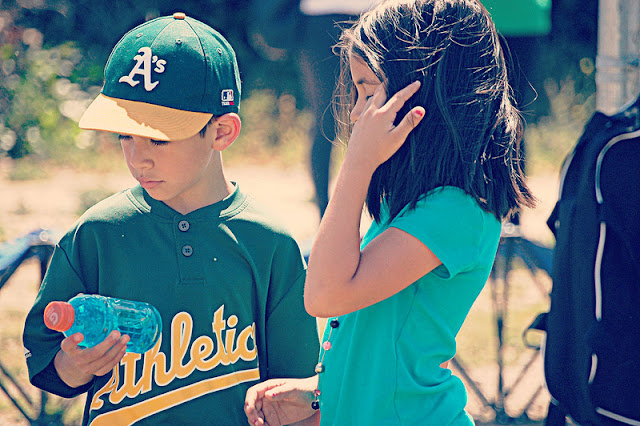 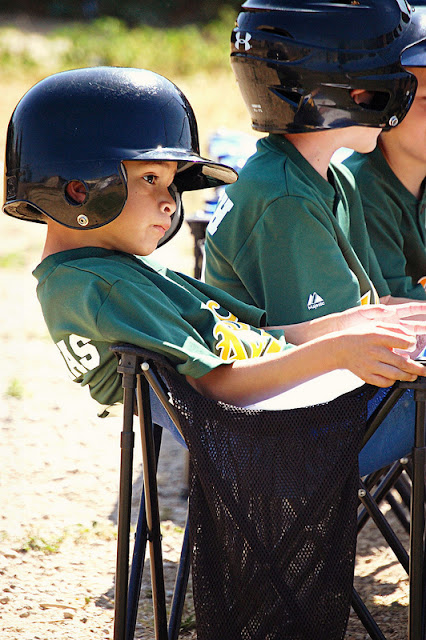 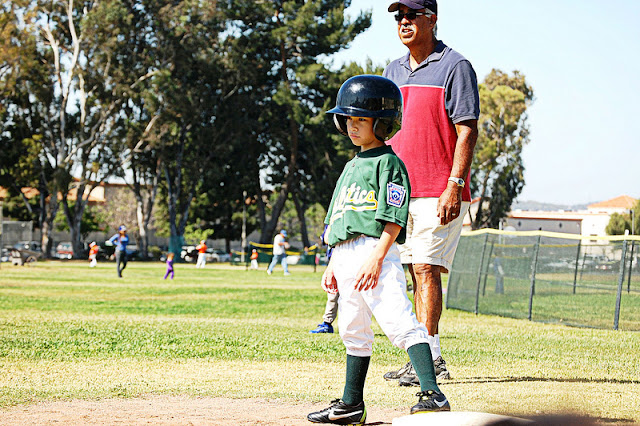 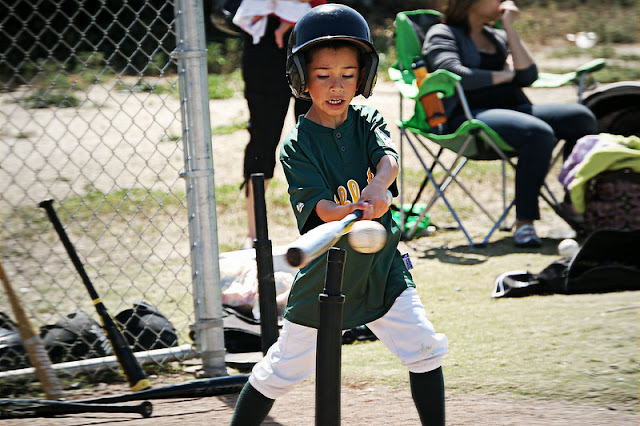 I know he is my nephew but Felix is one beautiful boy. Great game Chavo! We had a great time cheering you on.