The Phi was sooo excited! After many weeks of rehearsals it was time for her school Christmas play. She was playing the part of "townsfolk". We got her to her school a half hour early. I took her to her classroom and got her into wardrobe. Which looked a lot like a giant pillowcase. 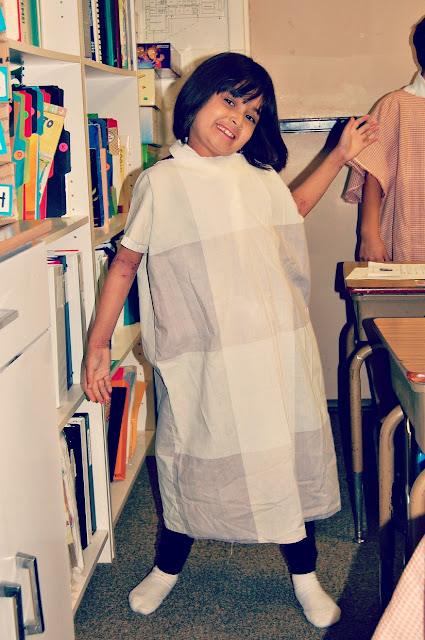 We grabbed some pew and the show began! The Pre-k thru 2nd grades classes performed the play "Shepherds, Sheep and Savior". The Phi didn't have a speaking part, but she did do some acting. There was one scene where a couple townsfolk walked by the shepherd and waved their hands in front of their noses and said "EWWWWW'. So technically she did have a speaking part!

She also sang her heart out! 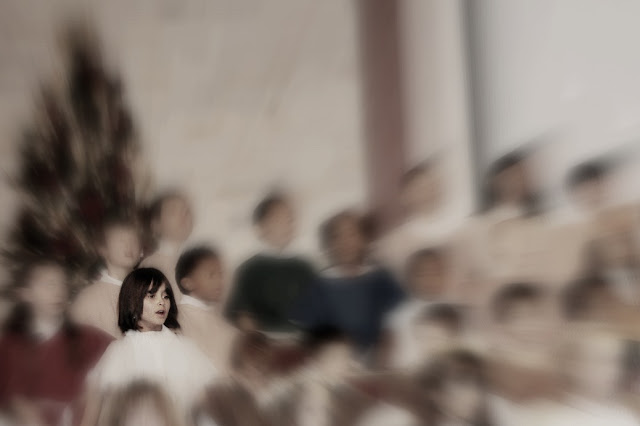 Louie was fairly well behaved for the entire show. We did have one crying incident towards the end.


The best song was called "Shaggy Smelly Sheep". Here is a little peek.

The holiday show landed on Joey and I's 9 year "together" anniversary. 9 years earlier we were at a "Never Heard of It / The Erks" show at Chain Reaction. Who knew that 9 years later we would be at a Christmas show starring our 7 year old. 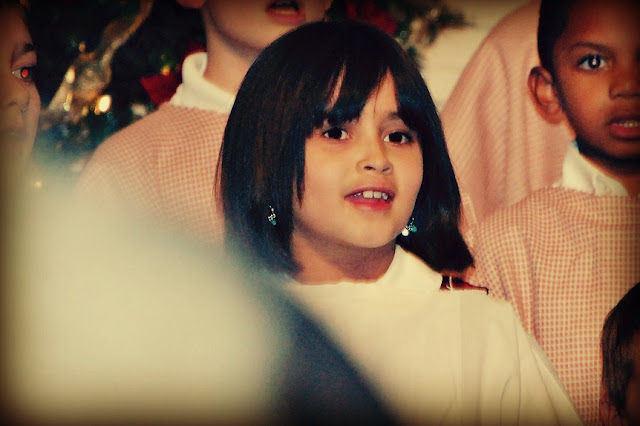