Cucumbers are not Zucchinis

Not too long ago, while grocery shopping I asked Joey to get me some zucchini. He promptly brought me back a cucumber. I then had to defend the fact that cucumbers and zucchini are NOT the same thing. I grew up a farm workers kid, Joey was a city slicker.

Apparently my lesson did not stick. A few weeks ago we needed zucchini for dinner. Joey offered to go to the store to pick it up. Joey later told me that he found the zucchini no problem, they were cheap and really big!  At dinner time I went into the fridge to get the zucchini only to pull out 6 giant cucumbers from the bag. I very carefully looked over at Joey and as nicely and sweetly as I could I said

"Ummmmmm Babe? These are cucumbers"

In his defense he had both kids with him when he was shopping. And the signs were mixed up at the store.  But it took all I had not to start cracking up. 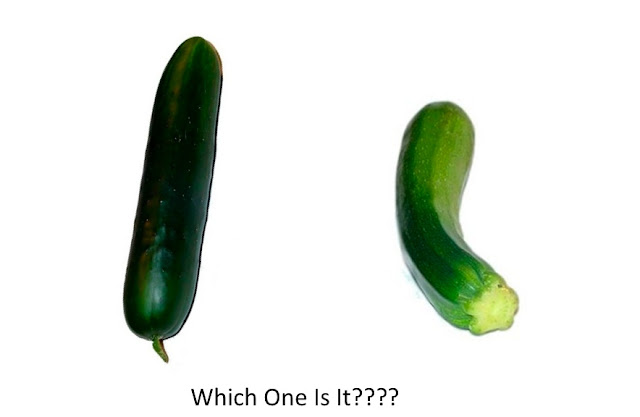