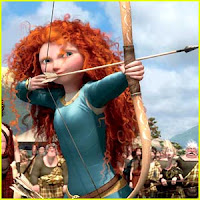 Daughters, listen to your Mother.


And Mothers, learn to let your hair down.

This is what I came away with after watching the movie Brave. While on vacation we went into Oakhurst to go and see the movie.

Being in a small town in the mountains in the middle of the week, we had the place to ourselves.

And Lou is not that tall. They had a "booster" for her. 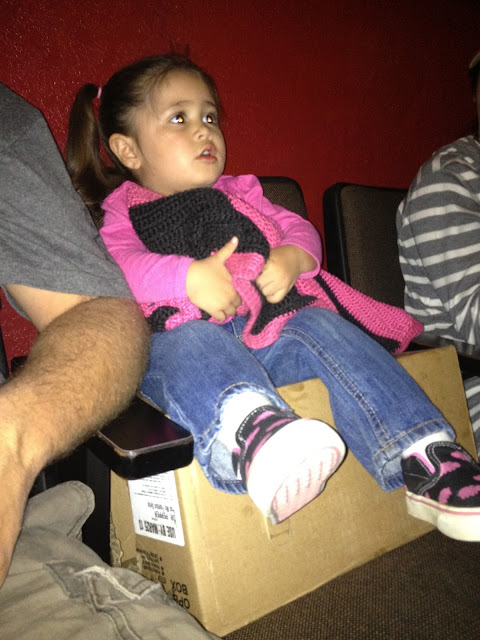 And by booster they mean those boxes that fountain sodas come in. Hey it totally worked.

When we were walking to the theater I asked Lou "Are you excited to see Pwincess?" Phi replied with "Mom, Merida is not a princess. She doesn't have a boy she likes."

Hmmmm. Interesting concept. Joey and I gave each other the glance and went into a joint "informational discussion" about what makes a princess. And how she don't need no man to be a princess.

So I went into the movie with low expectations. For some reason the previews did not appeal to me. I had no idea it was a movie about Mother/Daughter relationships.  I have 2 daughters and I am dreading what the teenage years will be like. No matter how well we get along now. Or how "cool" I think I am, my girls and I will inevitably end up butting heads.

The movie was super cute. Merida is a bad-ass Independent woman and her Mom is the ultimate Momma bear. Thanks to a spell Elinor literally becomes a Momma bear. And only by mending the bond can the Queen (and Merida's triplet brothers) turn back to human form.


I cried at the end. Damn Disney movies always make me cry. After the movie we all walked out of the theater and I reached out to tie something on Phi's shirt. She went in for a big hug and told me "I love you Mom". I think she got the moral of the story. 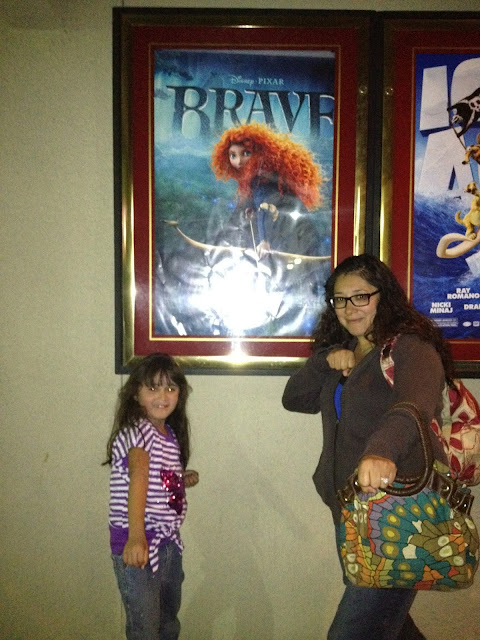