I don't know know whose bright idea it was to head to the pumpkin patch on a Sunday but man was that a mistake. (okay okay it was mine, whatever). The place was super duper packed and it was no joke like 95 degrees in the shade. (Bad high school yearbook reference.) It took over an hour and $8.00 just for The Phi to get on this jump thing. She stood in line in direct sun for over an hour. I kept going over her and giving her something to drink. It was cray cray hot for the middle of October. I am convinced it's time to shift the seasons. Fall needs to start in like late November because it was freakin' Summertime at the Pumpkin Patch! 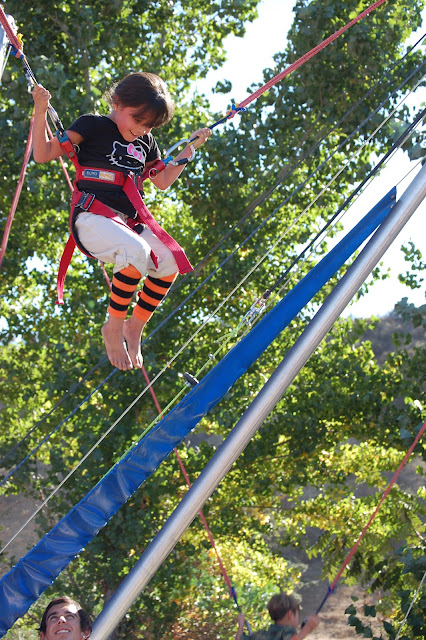 Thanks to the long lines and the fact that Grandma Kim was heading over to our house for lunch we had to leave the pumpkin patch after only letting The Phi get on some rides. We promised we would come back on Tuesday evening. So after her catechism Halloween party we headed back to the patch. It was dark, chilly and EMPTY! 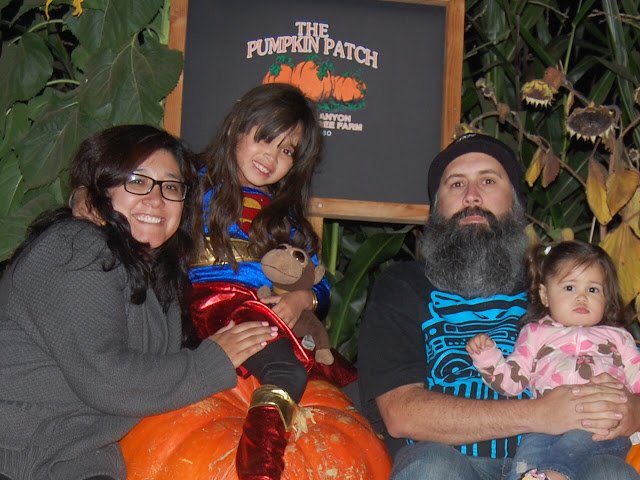 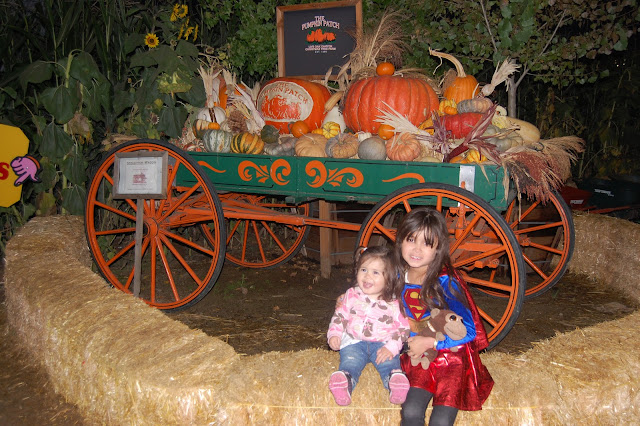 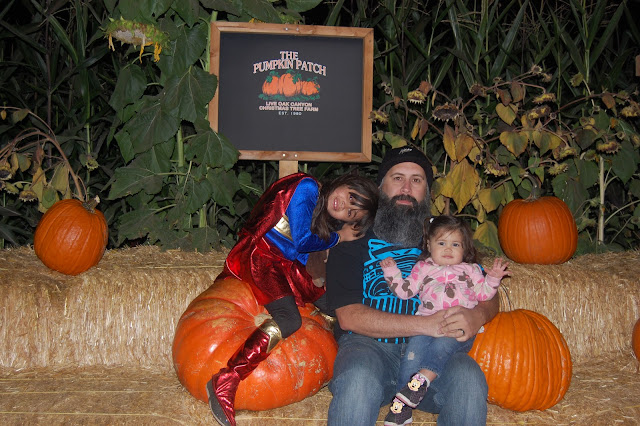 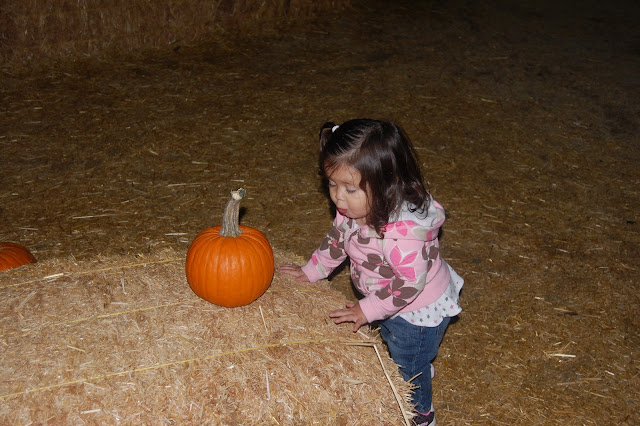 Lou was very confused by the pumpkins. At first she kind of stayed away and just ohhed and ahhed over them. 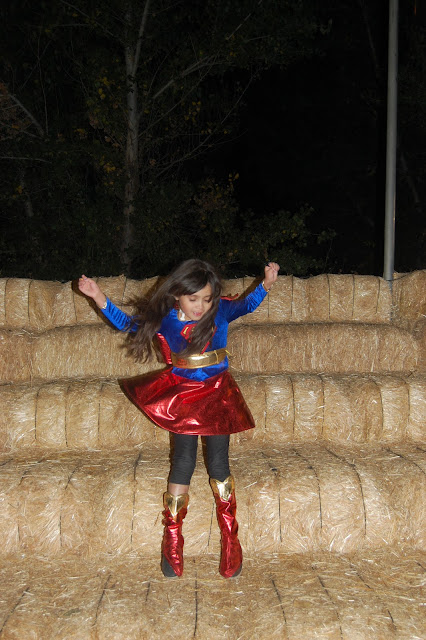 Then she found some her size an liked carrying them around. 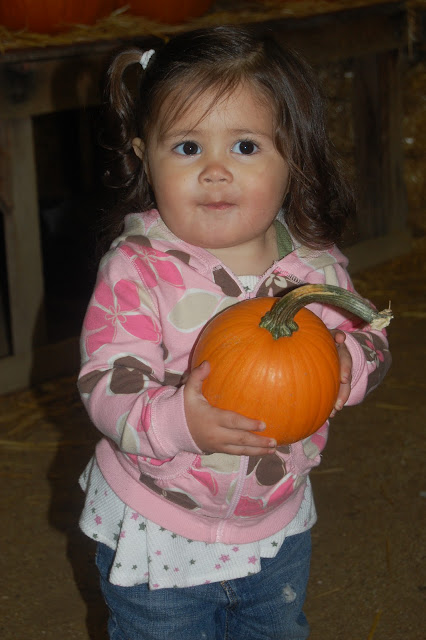 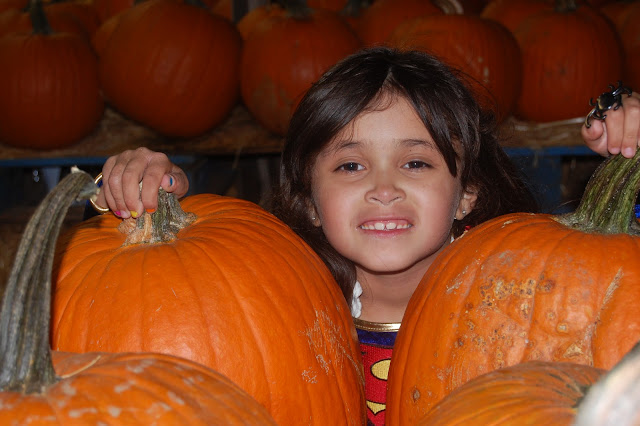 We felt very protected since we had Super Girl with us! 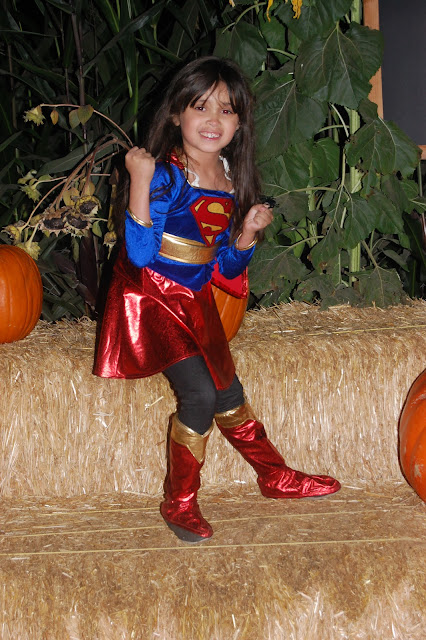 Then it was time to head home for dinner with Grandma and some pumpkin carving! 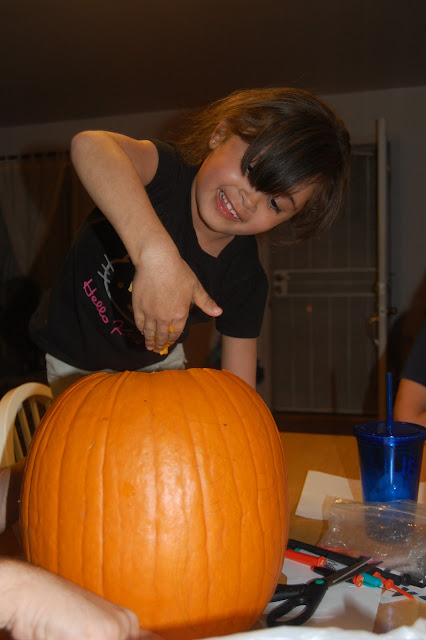 After we took the pumpkin outside and lit it up Lou was completely dumbfounded. Check out her WTF face. 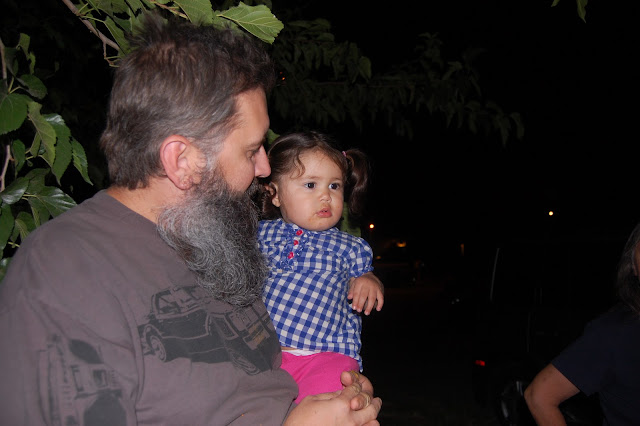 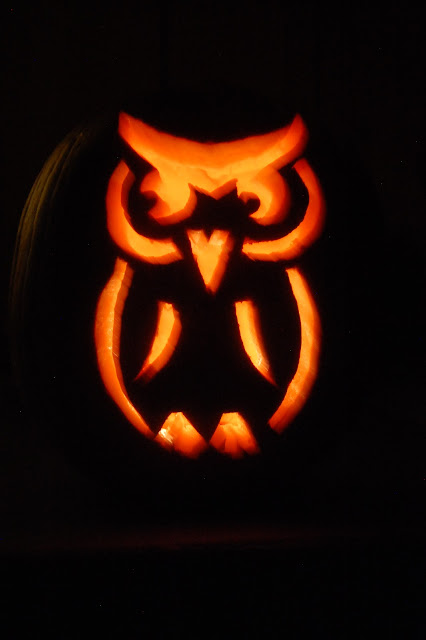