My BFF Crissy had her baby boy 2 days before Christmas. This makes it hard to throw a good birthday party. And Crissy can throw a party.This year Baby Eli is turning 3 and instead of squeezing in another party in the middle of all the Christmas madness she had the brilliant idea to celebrate early. It also gave her an excuse to throw a Halloween party.

Everyone had to dress up. So even Joey and I got into the spirit. Him as a lumberjack and I went with my standard Starbucks barista outfit. 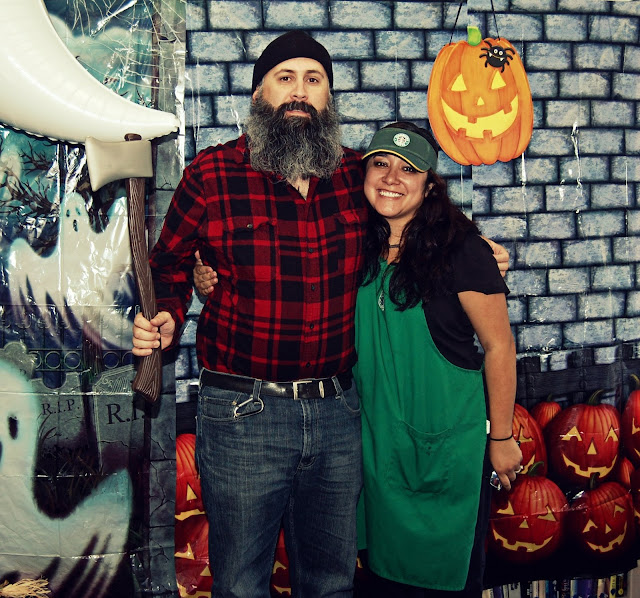 All the little details and decorations were absolutely fantastic! 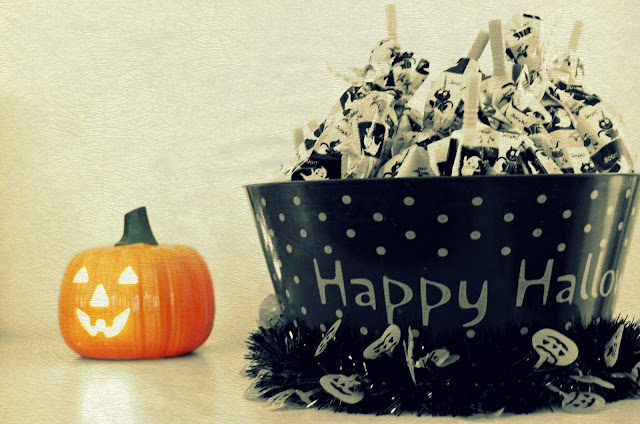 And the birthday boy was dressed as a shark. But not just any shark, a "bad, bad" shark. 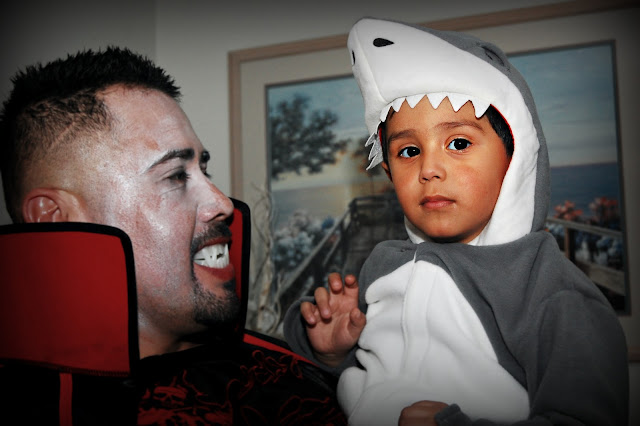 There were fun Halloween games like hot pumpkin and pin the tail on the black cat. 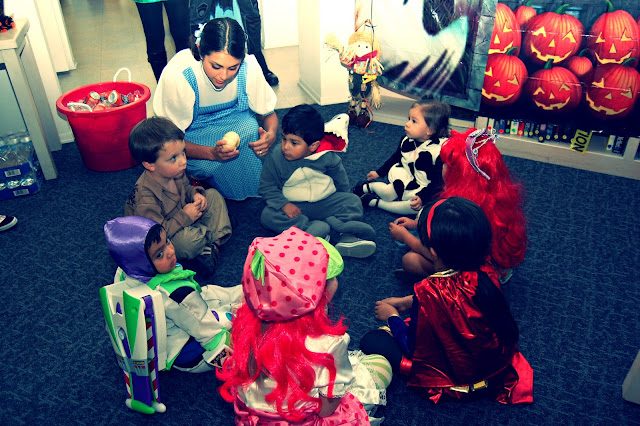 Eli is really into sharks and baseball so we bought him some shark pj's and a baseball glove. He LOVED he glove! I even got a text later that night of Eli still up playing with his baseball glove. 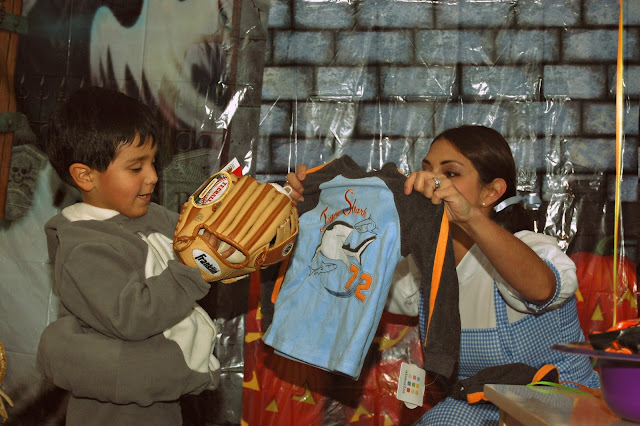 All the kids were so cute. It was a hot day so Lou's costume was already off. 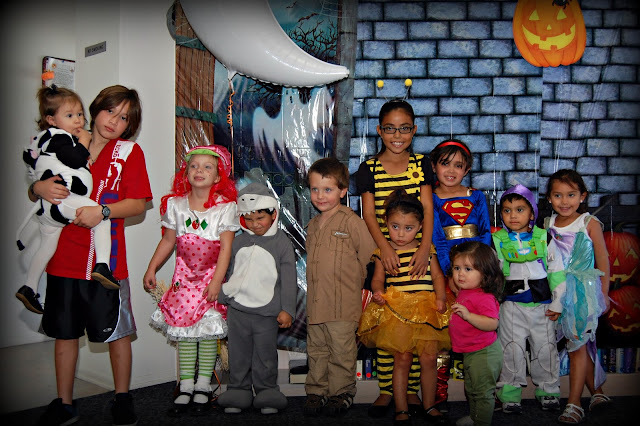 Crissy had a ton of candies, cookies, cupcakes and even these amazing homemade caramel and chocolate covered apples. So instead of a big cake there was a big cookie! Great call Cris! 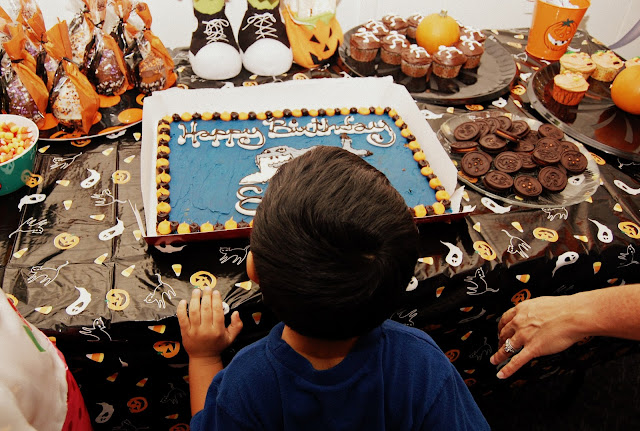 Momma singing to her birthday boy. 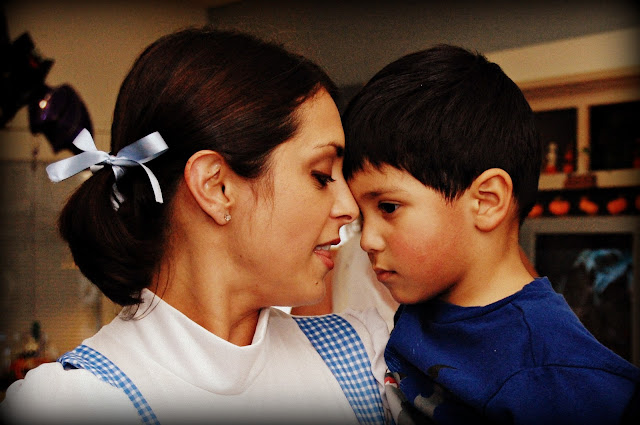 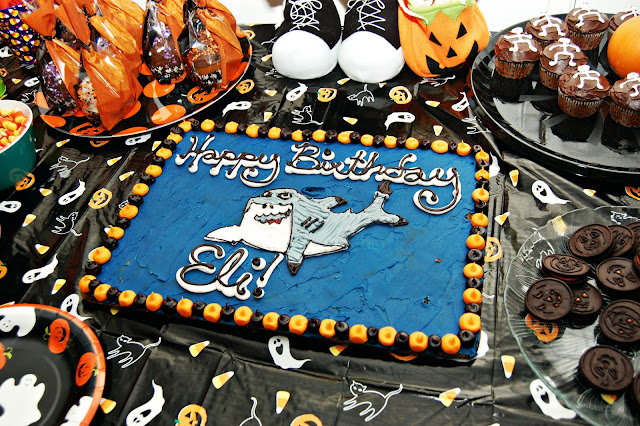 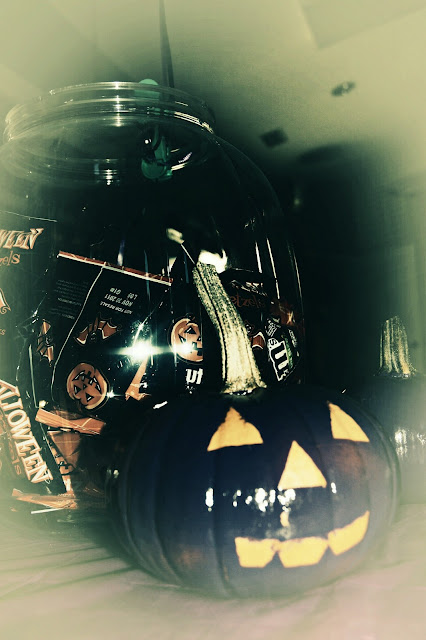 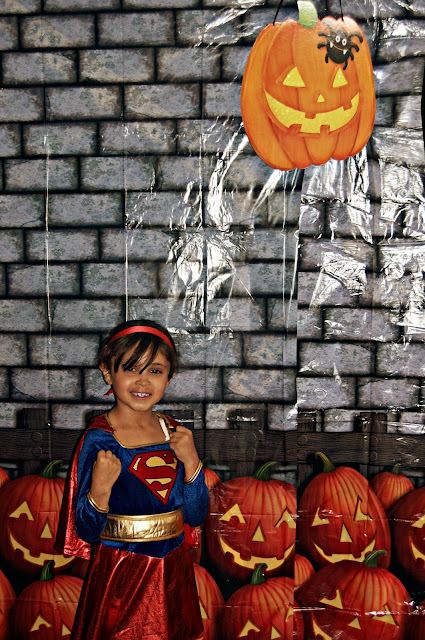 Told you, he loved the glove. And he is a pretty good catch too! When you toss the ball he doesn't even flinch! 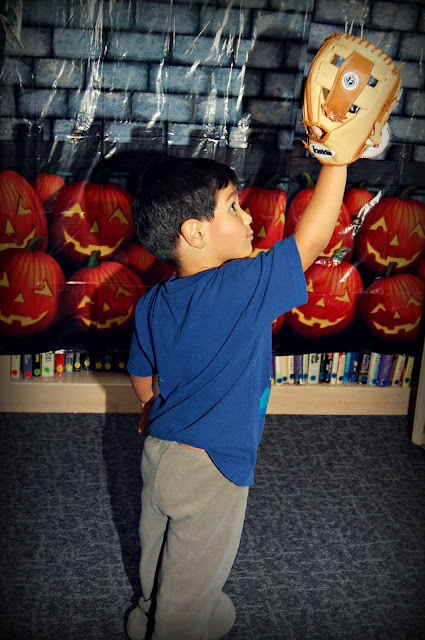 Alyssa was a cute Gypsy. 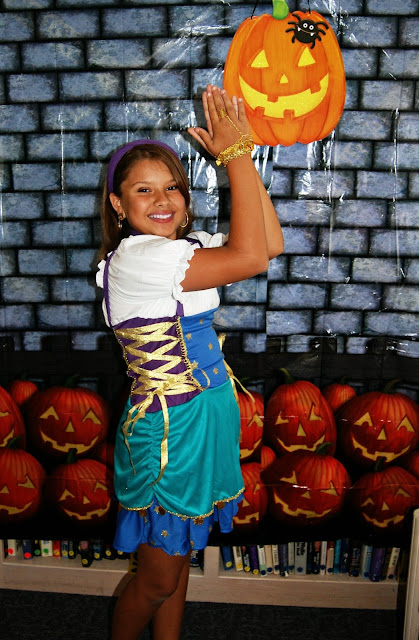 Hey Dorothy aren't you suppose to have a dog not a shark? 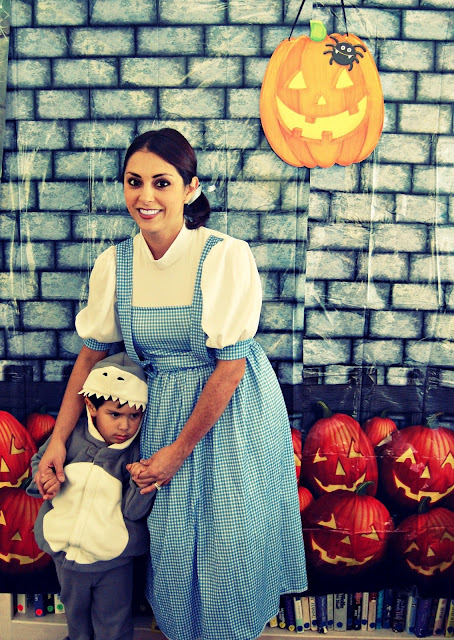 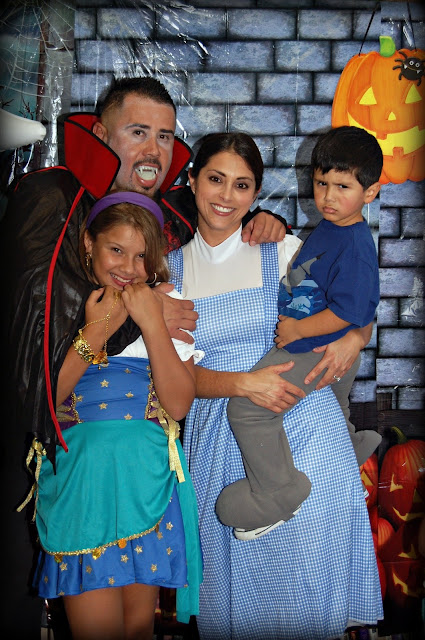 During a rowdy game of freeze dance Eli was giving the best faces! 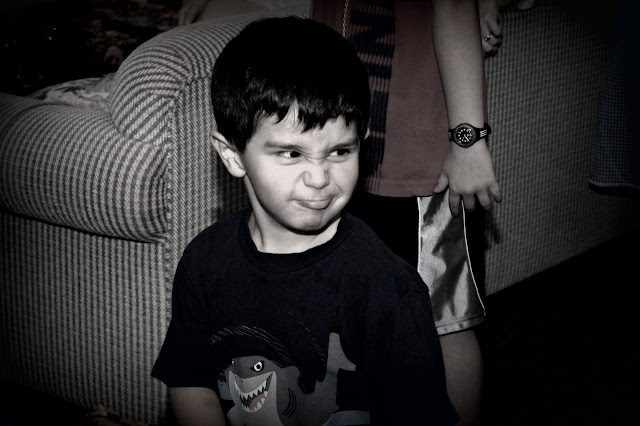 Aunt Crissy and Lou. Lou had a blast wandering around and stealing cookies from plates. There was one point where I caught her walking around about to take a drink from an open orange soda. Crazy kid! 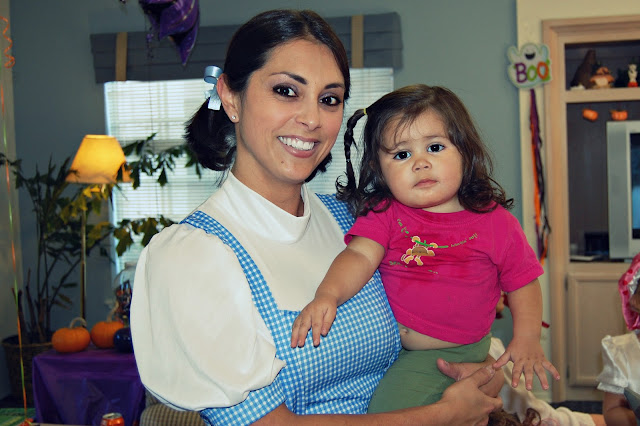 As usual it was a great party for a great little boy. We love you Eli. Always remember that your Momma named you after me, and that we love you very much!
at November 04, 2011