The day after Lou's birthday party we headed out into the gloomy weather to State Street for a birthday dinner celebration for my middle sister Cari. She is now officially 30-something. She claimed she was turning 21 but she was being a big ol' liar.

The dinner out was a lot of fun for everyone. Well except Lili, she was a bit terrified of the teppen cooking. In the end though even she had a good time.

Lili still smiling. This was before the cooking started. 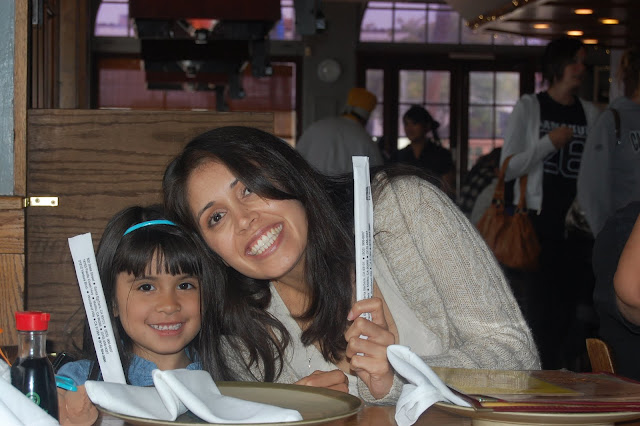 Lou and The Phi after they decided on their entrees. Chicken for The Phi and whatever Mom decides to feed her for Lou. 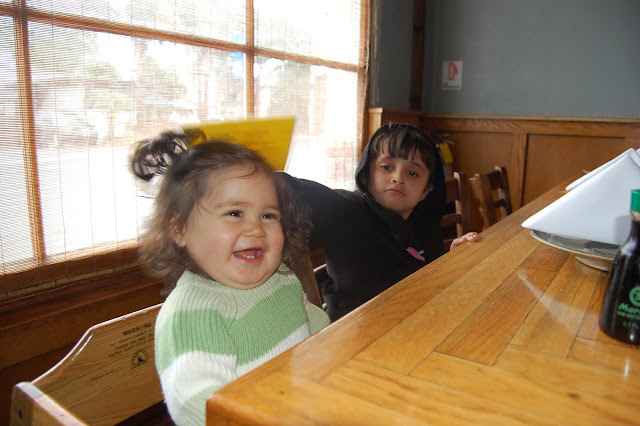 The Phi and Felix mugging it for the camera. 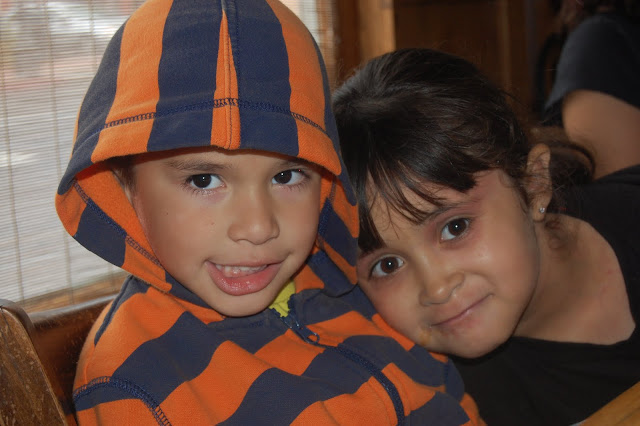 Chone and The Phi giving Schmonkey funny ears with the chopsticks. 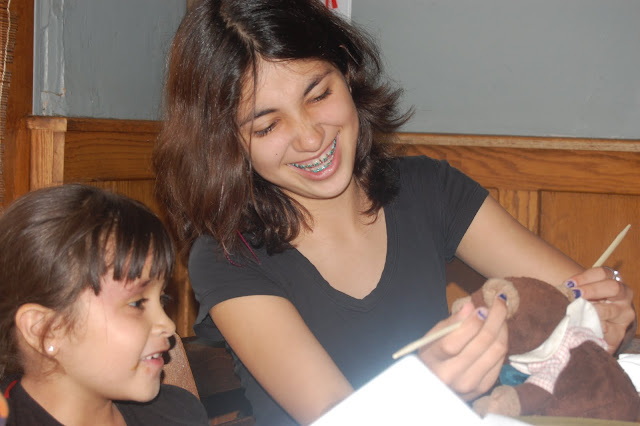 The cooking started and Lili snuggled in close to her Momma for the entire time. 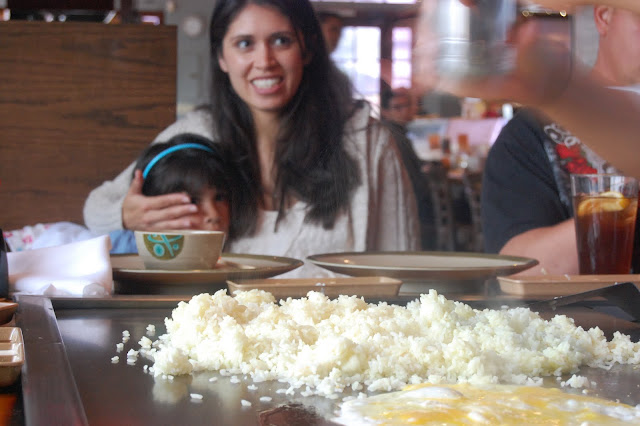 It was as good as it looks. 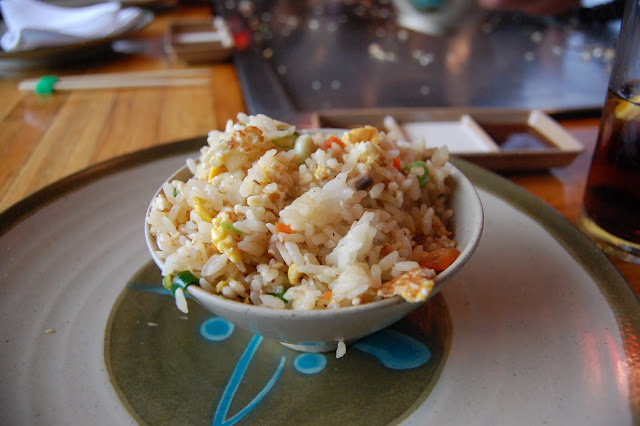 The highlight of the show is always the big fire. The kids were a bit apprehensive about it, but because of it I got the best reaction picture... 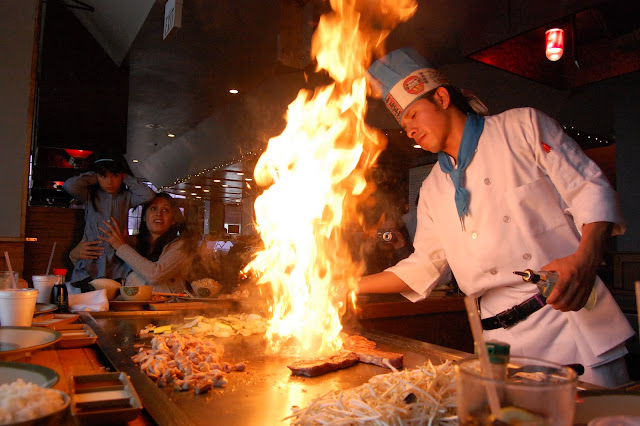 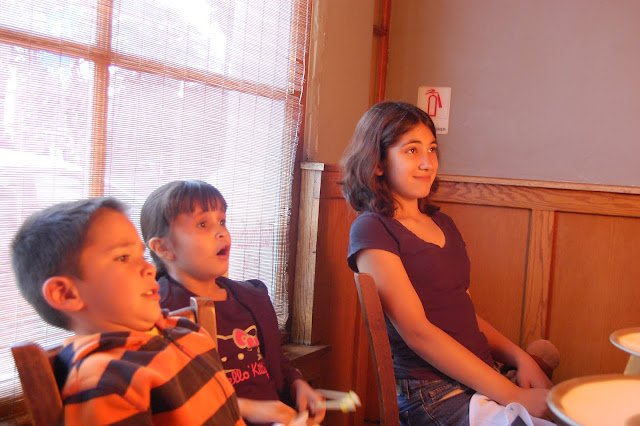 Haha The Phi and Felix's faces are priceless in this photo. After the show we all ate like kings. The floor tells us that the kids ate like very messy kings. 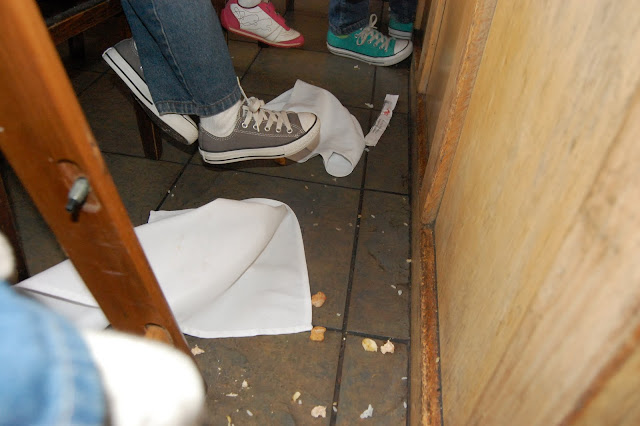 But I guess that's what happens when you let kids eat with chopsticks. This always happens when we let Lou eat anything.

Next up gifts. The smile says it all. She liked the gift we got her! 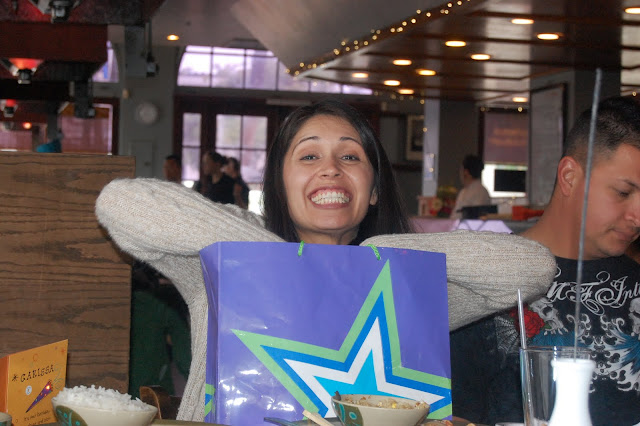 A big ol' hat for BASS LAKE! It covers half her face. Perfect. (haha I can't resist I still am her sister after all!) 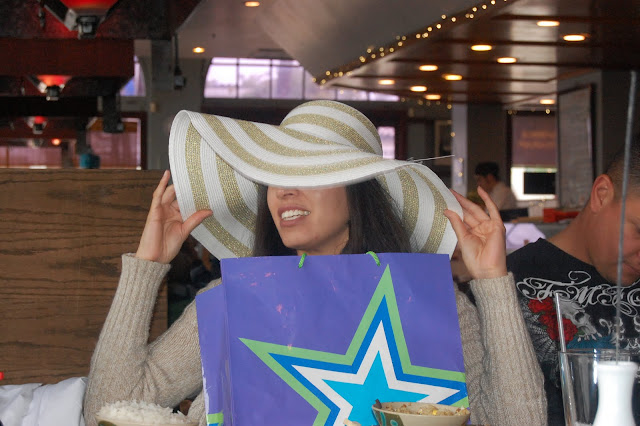 Happy Not 21st Birthday Cari. We love you and are glad you enjoyed your spa day. 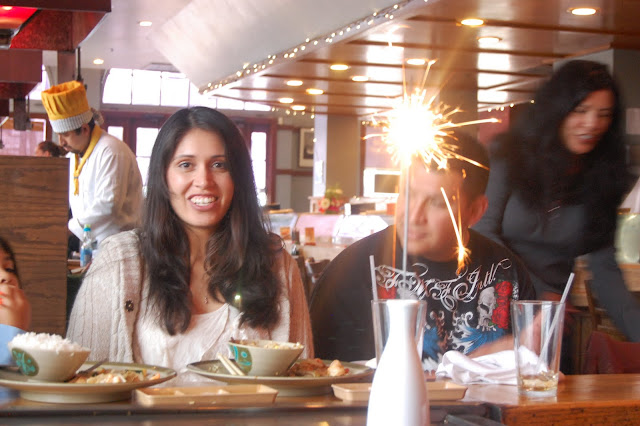