Letter from the White House

Over Spring Break, The Phi spent a few days with me at the office.In between my work I came up with little things for her to do. A little coloring, some math and a writing assignment. Her assignment was to write a short letter to the President of the United States.

Now The Phi comes from a household with a Democratic Momma and a Republican (with liberal tendencies) Daddy. Yet she has a love for Obama because she was about 3 during the campaign and he was the first public person she could recognize. Because of this she has always had a special admiration for him.

So she wrote him a short letter, told him who she was and that she was a good student and that his daughters looked like they were nice. (I added a little note about her and how proud we were of her).

Only a month later Joey came home from work and held a big envelope for The Phi. 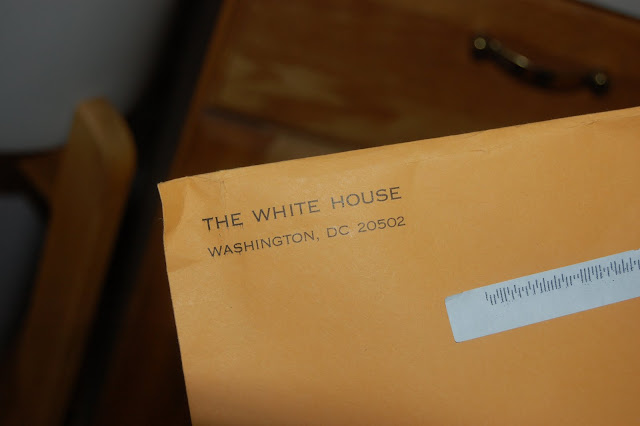 Inside was a nice note and photo of President Obama. The Phi was super excited and could not believe she got a letter from the White House. 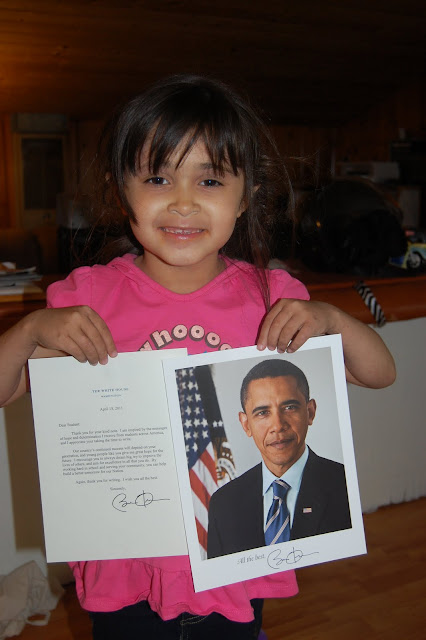