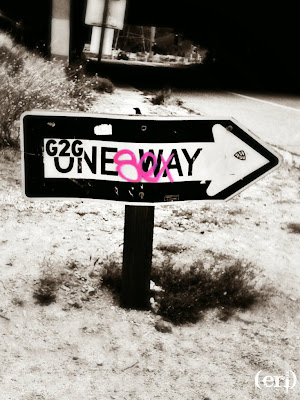 So we are about 4 days away from The Phi turning 6 years old. I know where does the time go? These days The Phi is almost 6 going on 16. There have been many awkward questions lately.

The other day while driving to school the new song by Katy Perry came on the radio. The new one called E.T. with Kanye West. The Phi asked me...

"Mom, why are songs so hot right now?"

It took me awhile and a few questions to figure out what she was talking about. She finally explained and said "why are all the songs talking about SEX?" One line in this song on the radio is "tell me what's next alien sex?" After more very carefully constructed questions I determined that The Phi did not know what sex was exactly, but she did know it was related to couples and romance, like "long kissing". But the actual act of sex, she had no idea. And I don't think she is ready to know.

Now we are not the kind of parents that shield our kids from everything. We are also not the kind of parents that let their kids watch every and anything. The Phi has her own TV in her playroom and the only channels she knows are Nickelodeon and Disney channel. One thing I have never censored from my kids is music. I had always wanted to expose my kids to all kinds of music and so far we have done just that. From Raffi to Rancid and everything in between. After this talk I find myself self censoring this Katy Perry song. When it comes on in the car I find an excuse to mute the music during Kanye's now infamous line.

I know that sometimes you have to censor and even keep things away from your kids. My Mom was so good at it when I was a kid I didn't know it was happening. For example as a kid I was a big Prince fan and I was desperate to see the movie Purple Rain. My Mom waited until it was at the video store and she somehow distracted me enough to somehow skip the entire "sex and father suicide attempt" scene. It wasn't until I was an adult that I got to see the whole movie and I was shocked to find out there was so much I missed.

So at what age is the right time to start a talk about sex? And do you censor the music your kids hear, the TV they watch or the movies they see?
at May 18, 2011