Instead of giving the girls stuff for Christmas we decided to take them on a trip to Knott's Berry Farm. We went on Sunday. The day started off amazing! As we stood in line someone gave us free passes. It was a right place, right time, kindness of strangers situation! You can read the whole story HERE.

As soon as we got in the park we headed to Camp Snoopy. The first ride was the Woodstock Airmail ride. We got in line and Louie was not too sure about it. She got on and up they went. As soon as the first drop happened she was terrified. It was sad but also hilarious. I was crying from laughing so hard. Of course I got a photo... 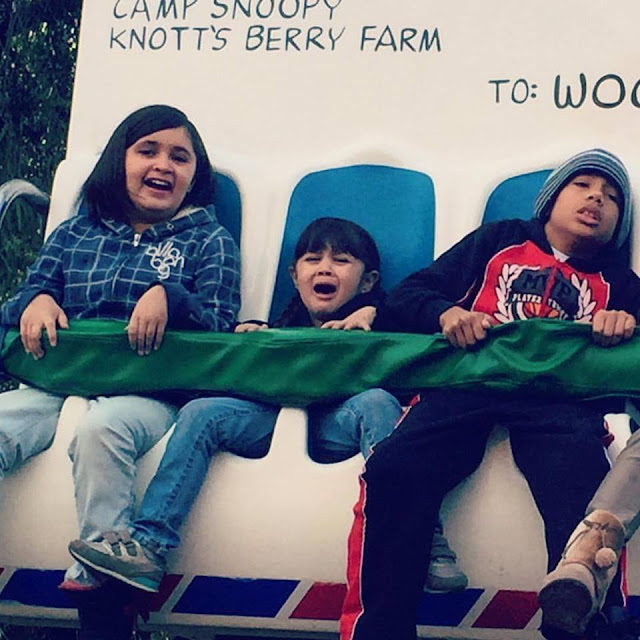 So after that experience it took A LOT of convincing to get her back on any kind of ride. This photo was taken while Phi was on a ride and Louie was very happy to not be on one. 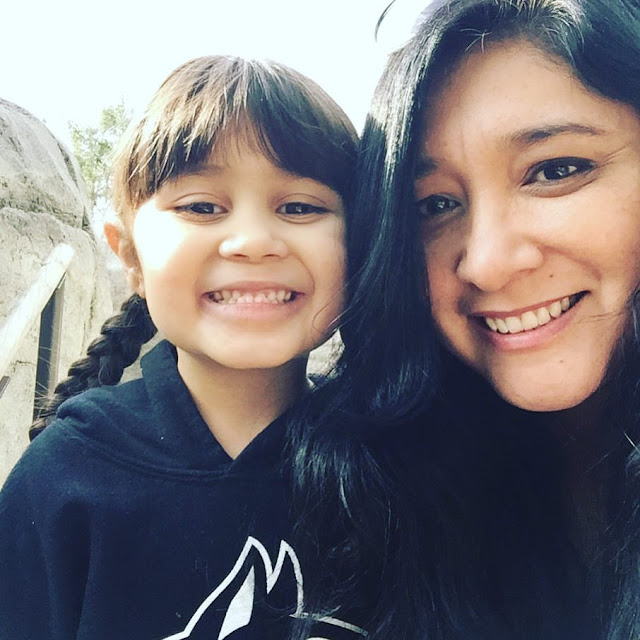 We eventually found a slow, close to the ground, self-driven ride that was right up her alley. 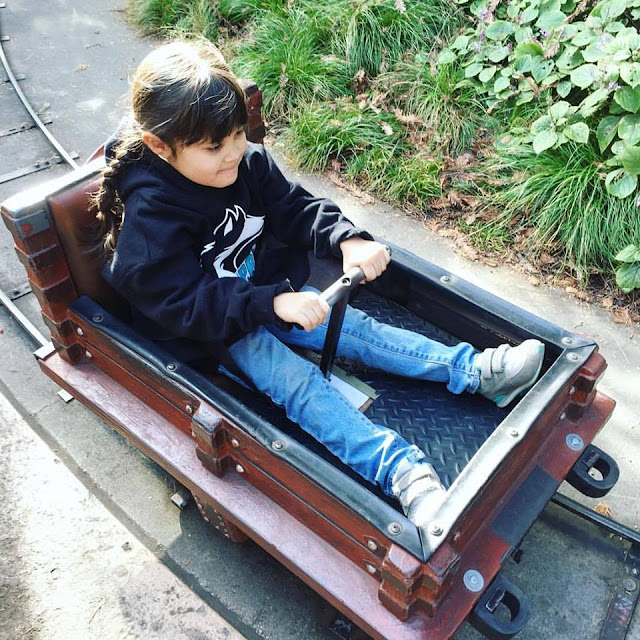 Phi was game to get on every ride in Camp Snoopy. 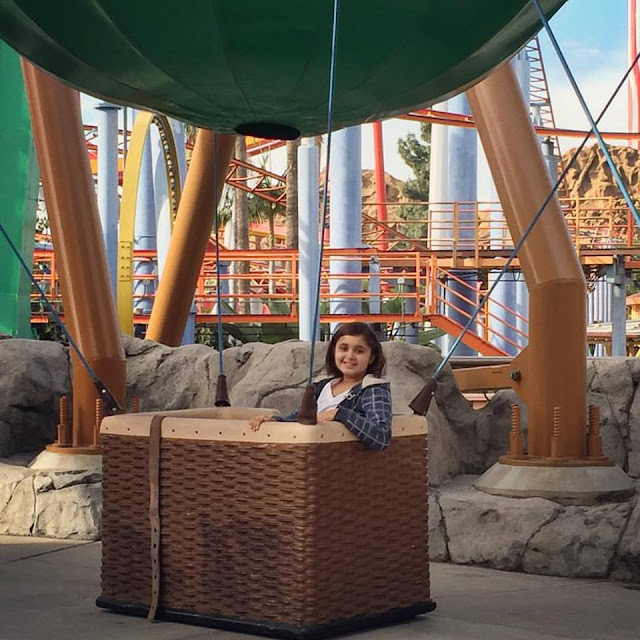 She went on the big swings because they are her favorite. Poppa went on with her and even on a swing looked as cool as ever. 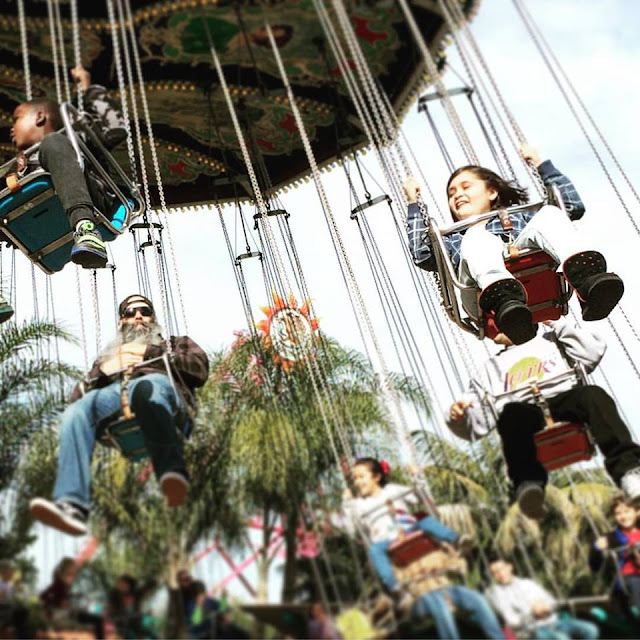 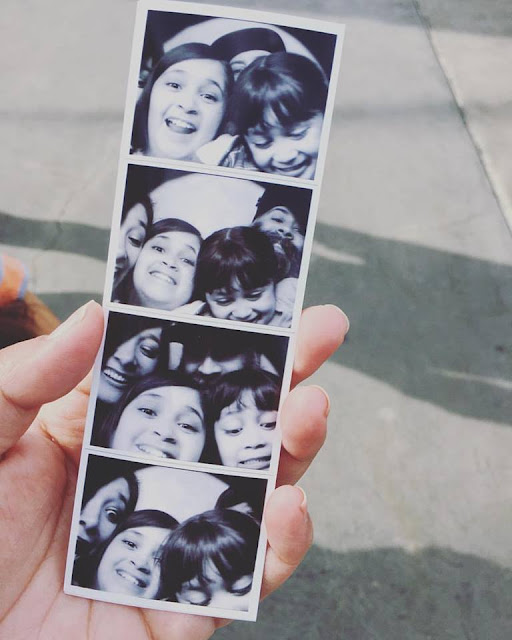 I think the longest line we waited in was for lunch. Since we did not have to pay for tickets we splurged and had a late lunch at Mrs. Knott's Fried Chicken place. Line was LONG, but food was so good!!

When it came to the bigger rides, Phi was not about it. I tried and tried to get her on Sidewinder but she just wouldn't. My kids are super chickens when it comes to rides. They are more Snoopy on Ice watching, gift shop wandering, photo op kids. 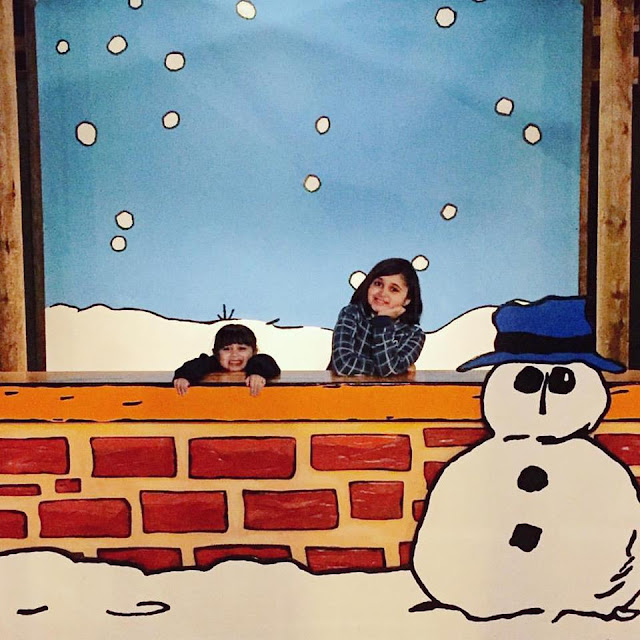 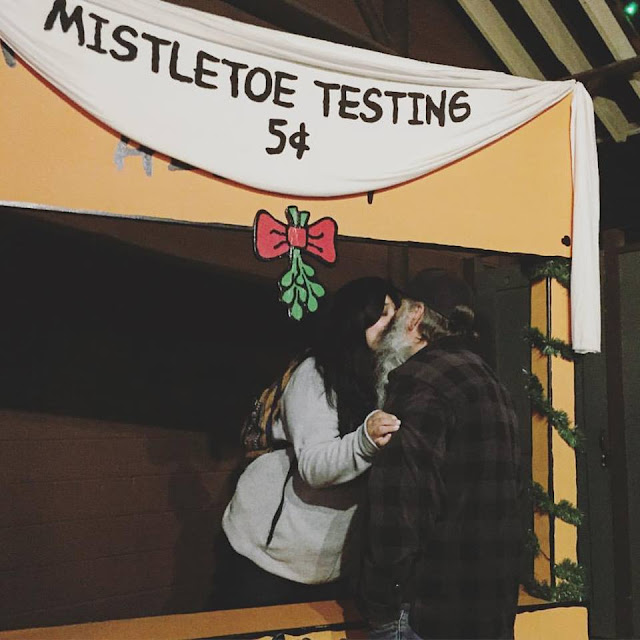 After dark every half hour it "snows" in the middle of Knott's. The girls loved this. I only had to tell Louie twice to not eat it. 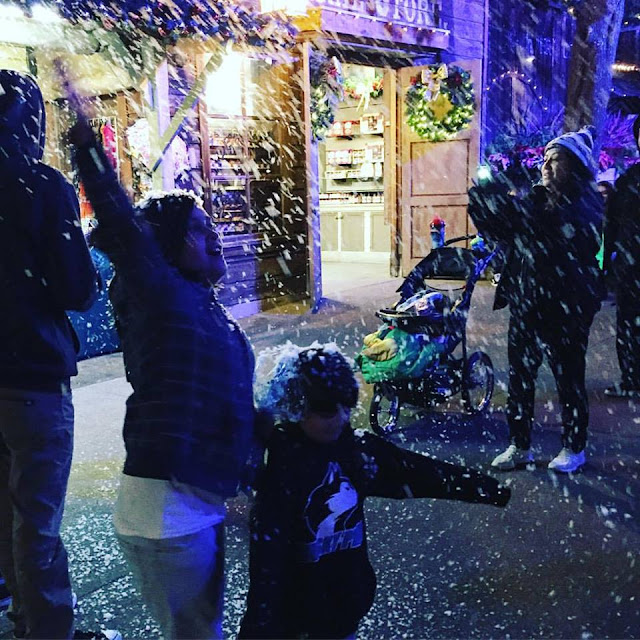 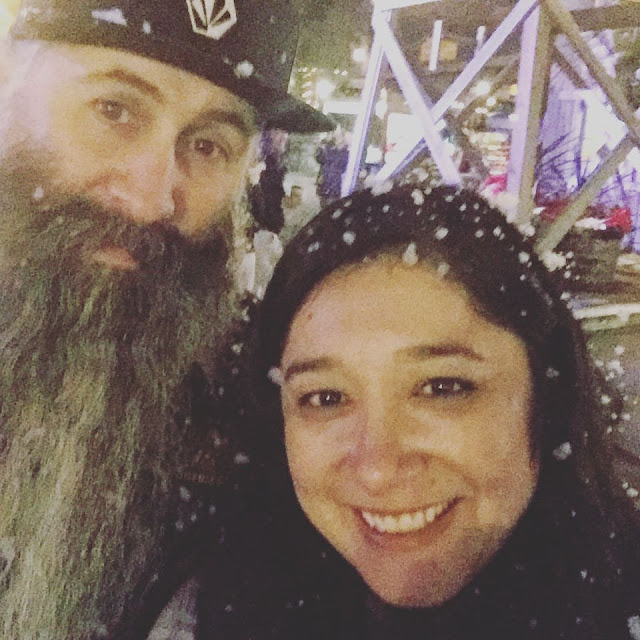 This is the second time we have taken the girls to Knott's. We went back in 2011. And both times we did not get on any big rides! Despite that we had a fantastic time! 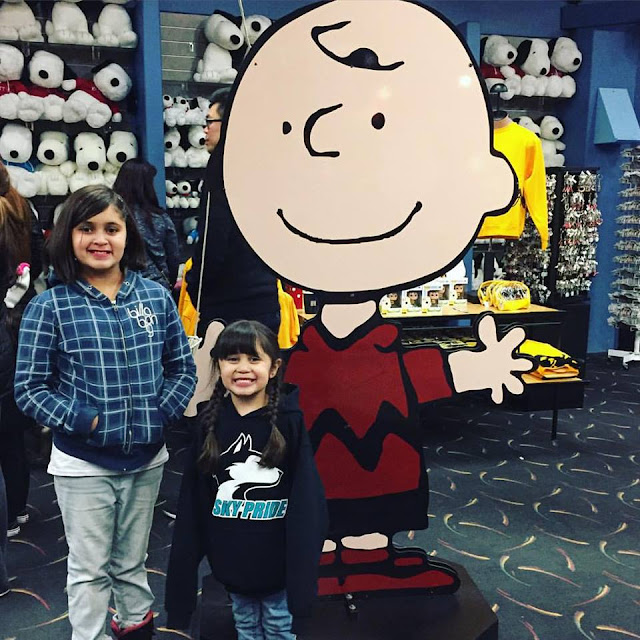 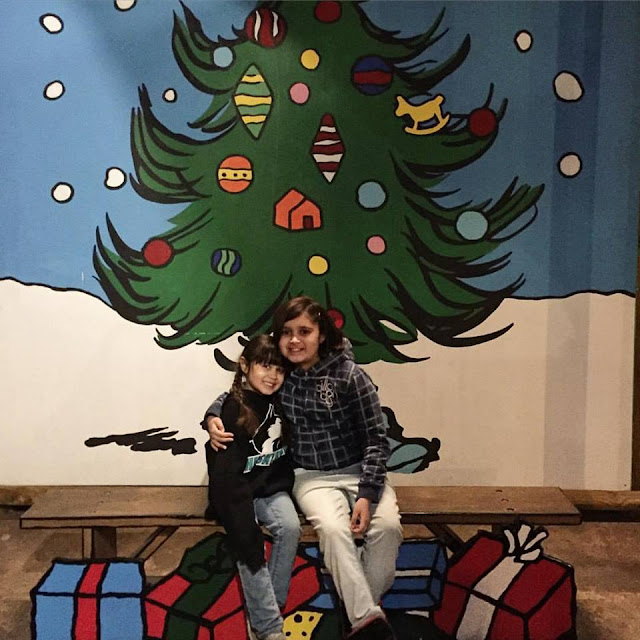