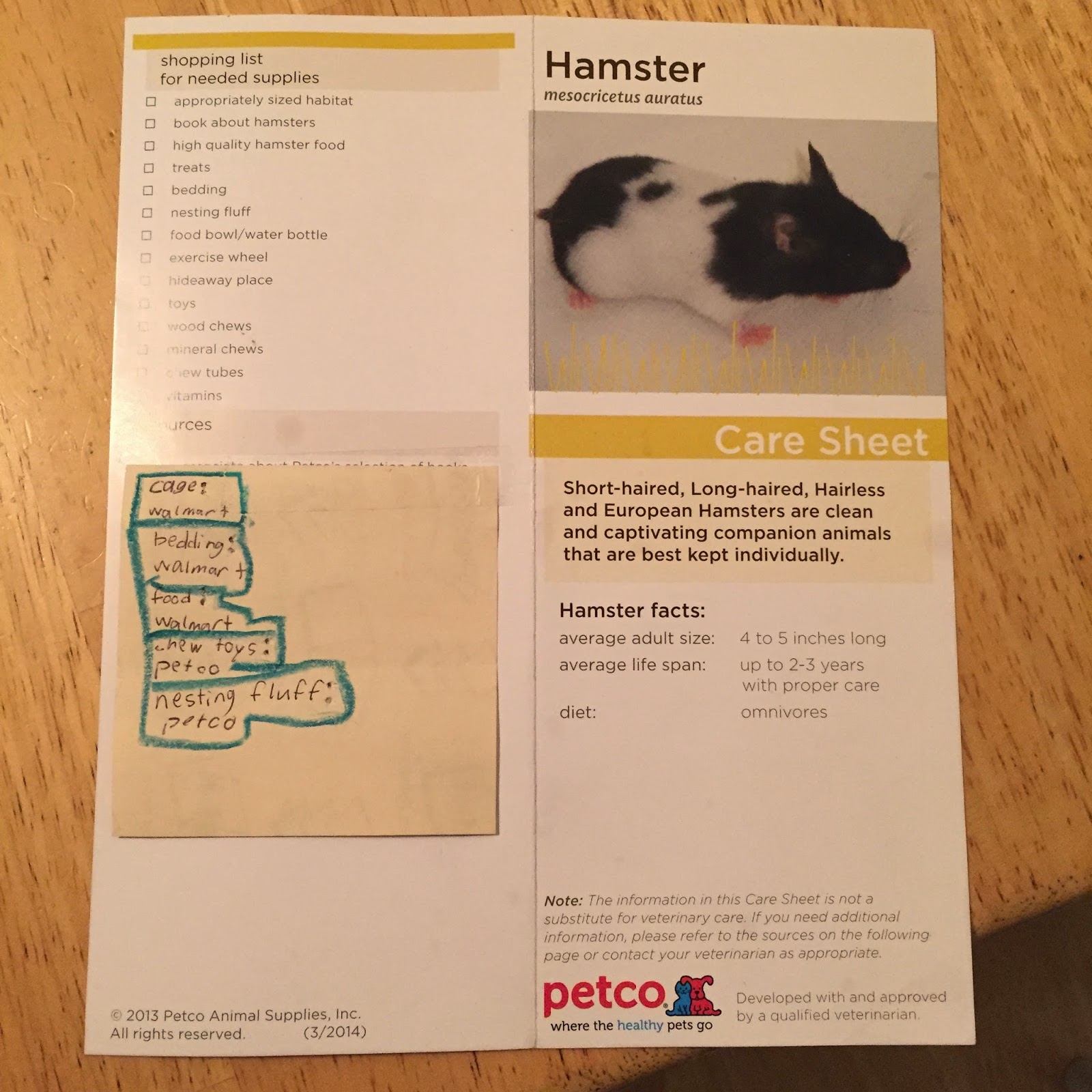 Last weekend the girls asked us if we could wander Petco. We obliged and we walked around and looked at the fish, turtles, snakes, hermit crabs, birds and ended in the small animal (aka rodent) section. Here Phi fell in love with the hamsters. After oohing and ahhing over how cute they were we tried to give her a dose of reality by looking at all the things she would need. We priced cages, bedding, food and silent wheels. She grabbed a care sheet and has spent the last 4 days online researching all things hamster. She not only has looked for the best cages, but also where the best place to buy them is. She has read reviews and has decided against some items because people's reviews said the wheel was too loud, or it was too difficult to clean. The kid has done her research.

We told her that if she helped clean out the playroom we would entertain the idea of getting them a hamster. That same day Phi walked into the disaster area (aka playroom) with a trash bag and cleaned it up. Of course we want the place cleaned out, but she still did a good job. She has even picked out a spot for its cage and a name. Yes they have named the hamster that they do not have yet. There was much debate between Phi and Louie and thanks to their obsession with Mork and Mindy they have landed on the name "Orson".

They think it will be hilarious to say "Phi Calling Orson. Come eat Orson!" I have to admit, that is pretty funny.

Louie is now onboard and is just as excited as Phi. She even went as far as to write a letter to Petco, asking them about certain items she wants and to tell the hamsters hi for her.

I have a feeling that Joey and I will cave in very soon. I have to admit their excitement is pretty contagious.
at January 07, 2015