Language Arts: We have continued with "Esperanza Rising". We are in the heart of the story where Esperanza the rich landowners daughter is unrecognizable. She is now living in a farm workers camp in California. She is working harder than she ever thought possible and her Mother is very sick. The novel study has been really interesting. This week we looked over statistics about farm workers and specifically the number of children who work as farm workers. The numbers were mind blowing. I hope that this book sticks with Phi like it did with me the first time I read it.

Math: The week looked like a normal week of work until we got into it. This week we were dividing 4 digits by 1 digit which is already kinda a long process but we also had to estimate each problem too. We had one day where it felt like never ending math. Phi is still not great with her multiplication facts. She is getting better though.

Social Studies: We are now at the part in California history where Mexico has won its independence from Spain and is developing its own government. Of course at this time California is still Mexico. This week we talked about secularization, and land grants. When the government took the land from the Missions it gave it away to Californio's. Literally gave it away. All you needed to do was draw up a map of the land you wanted and the government granted it to you. Can you imagine?? California land for a picture. Besides answering questions Phi made her own Diseno or map. She has 2 houses, a lake, orange orchard, cows, turkeys and a vineyard. 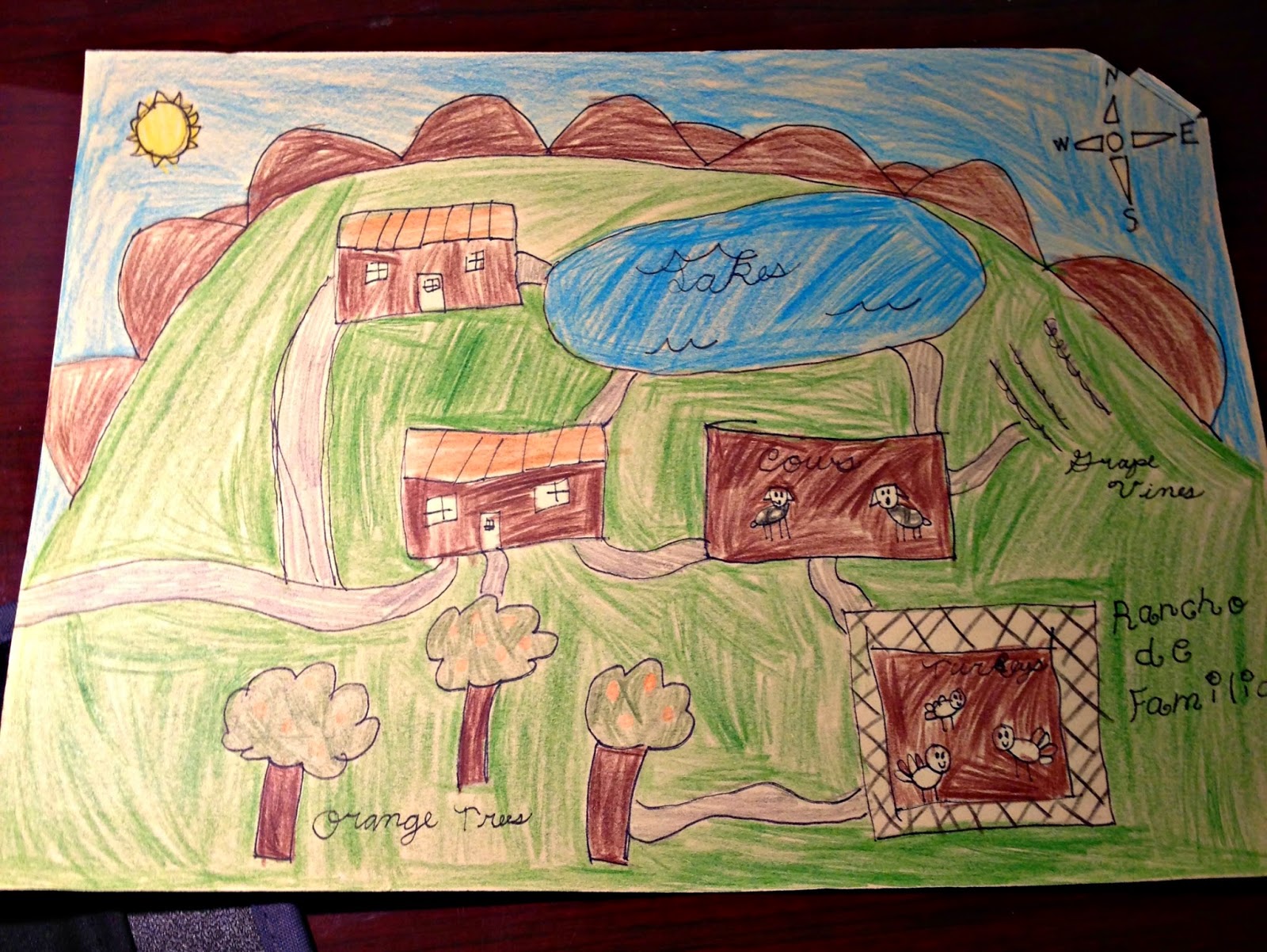 
To go along with the lesson Phi made her own little water cycle. Rocks and water in a closed ziploc and taped to a window she was able to see the water cycle occur. 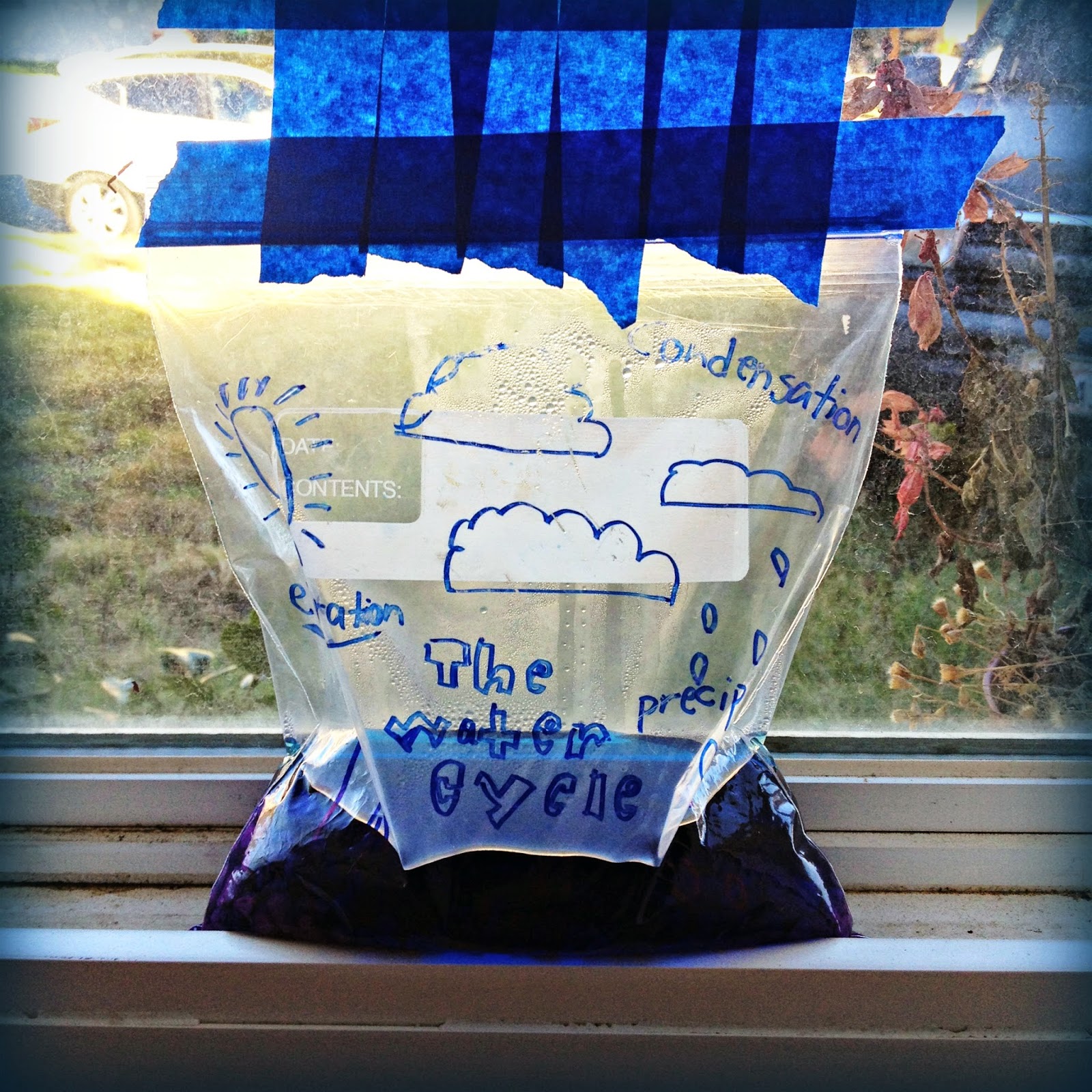