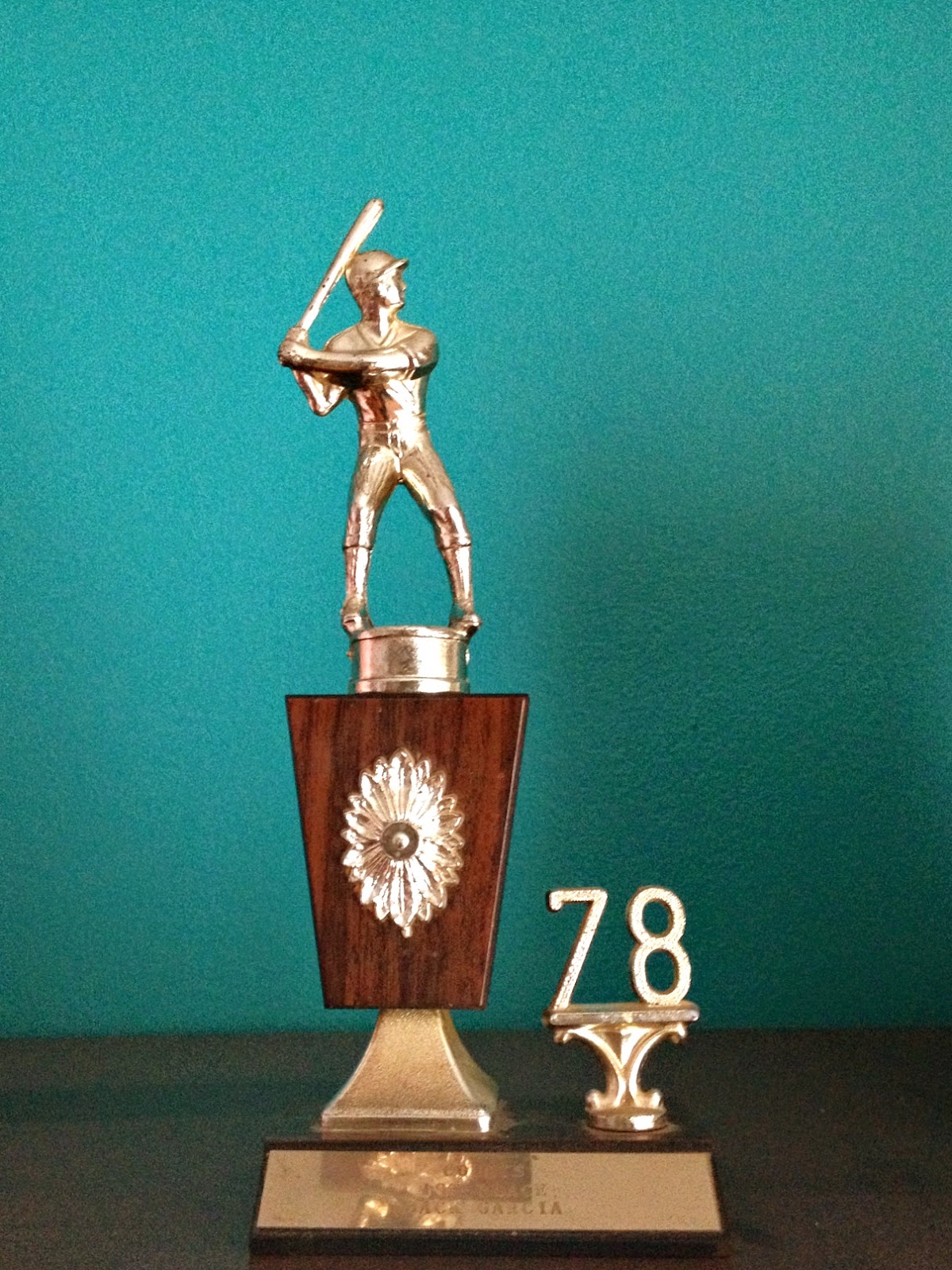 See that trophy? It is now proudly displayed in our house. (yes it is my Tio's little league trophy from 1978) Why you ask? Well, it's because Phi and I totally won the annual Bass Lake talent show this year!

We spent weeks writing and rehearsing and it totally paid off! We went the Weird Al route and made songs parodies and turned it into a skirt called "Broken Radio". Our skit started with Phi walking in and asking if she could listen to the radio while she did her homework. She turns on the radio and the beginnings of "Happy" by Pharrell start, BUT instead the song is "Nerdy" and all about Phi, Louie, Lili and Felix! Phi then tries to change the station. Next you hear the beginning beat to Royals by Lorde BUT instead its all about "Bass Lake!".Both songs sung by me!  So Phi gets up to ask me to fix the radio and I walk in. I try to fix the radio and the song "Problems" by Ariana Grande starts, but instead it was "one math problem I can't solve". Then I try to fix the radio and "I'm so fancy starts". This parody had everyone rolling. I was so proud of Phi, it took her a very long time to get the rap down.

I took a video of the talent show but the lighting was really bad. The girls were more than happy to  do the song again. Yes we practiced so much that even Louie knows it!