After the holiday ornament exchange lunch we headed to downtown LA to check out the Auto Show. We love the auto show and try to go every year. I think this was the best year yet! 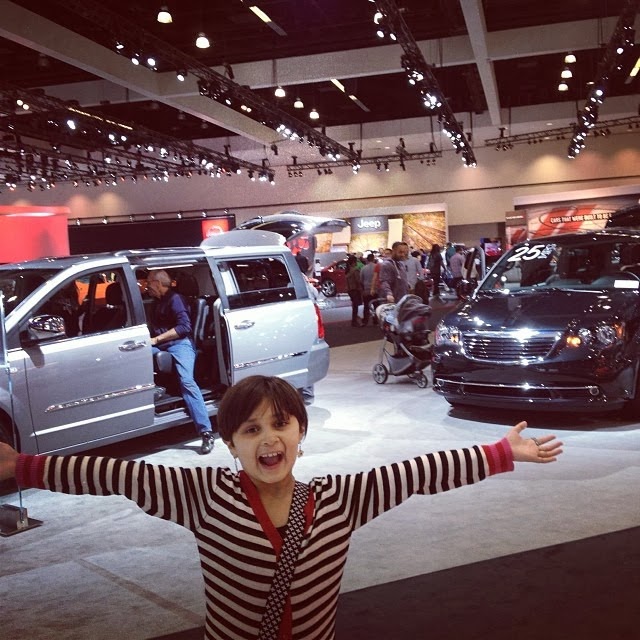 LA Clipper Blake Griffin was there at the Kia section of course. The kids recognized him from the "stop wearing jean shorts" commercial. Joey is a Clippers fan, but didn't want to wait in the insane long line to meet him. But he looks like a nice guy from afar. 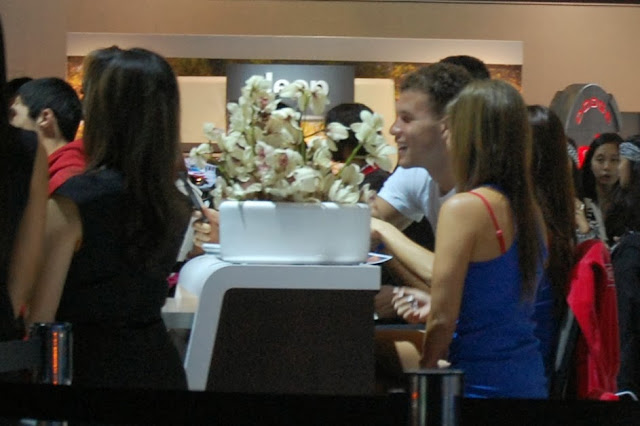 The girls loved being able to sit in the cars. They have a thing for vans and VW Bugs. 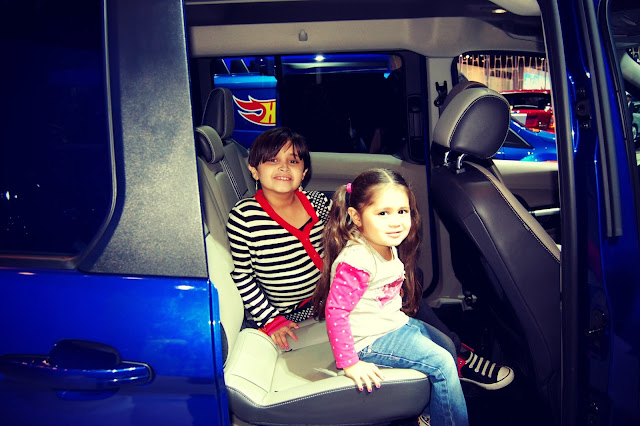 There were lots of interactive things to do. Here we are at the Subaru section..... 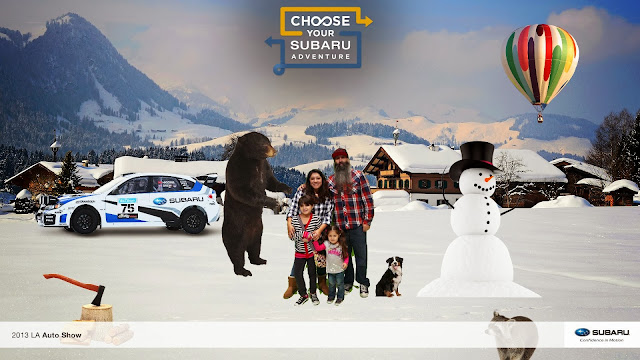 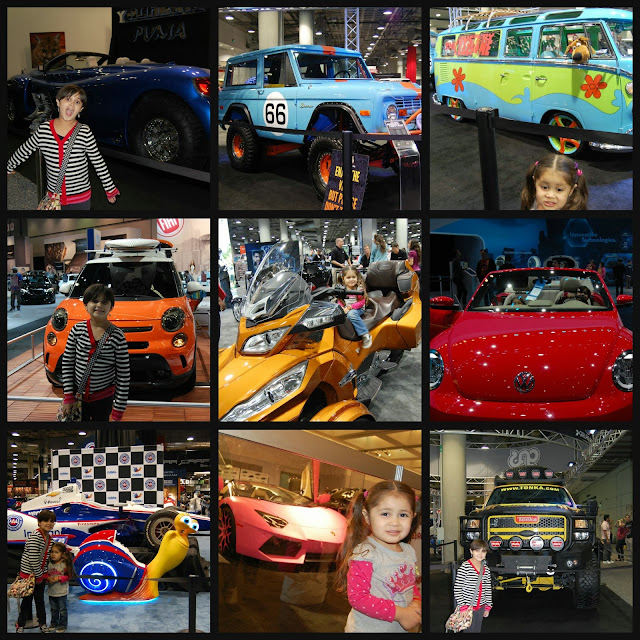 Louie was determined to find herself a pink car. She ended up finding 2! She also fell in love with the Scooby-Do Mystery Machine van. She asked for it for Christmas. 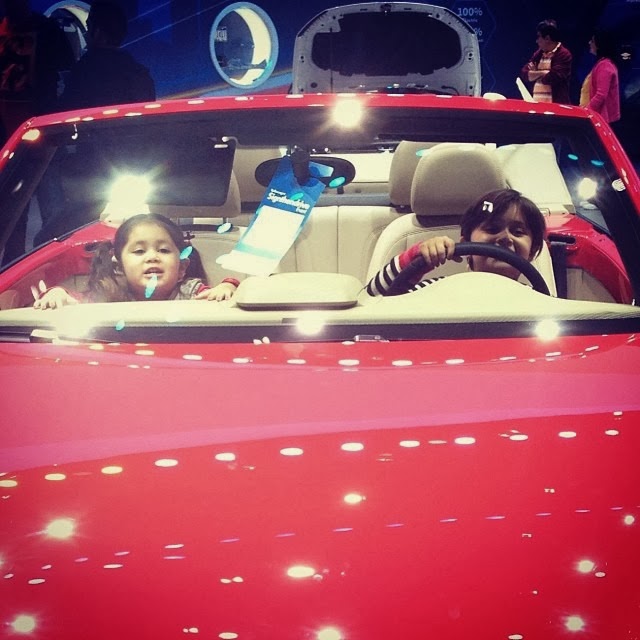 Joey spent the most time at the Harley Davidson booth. 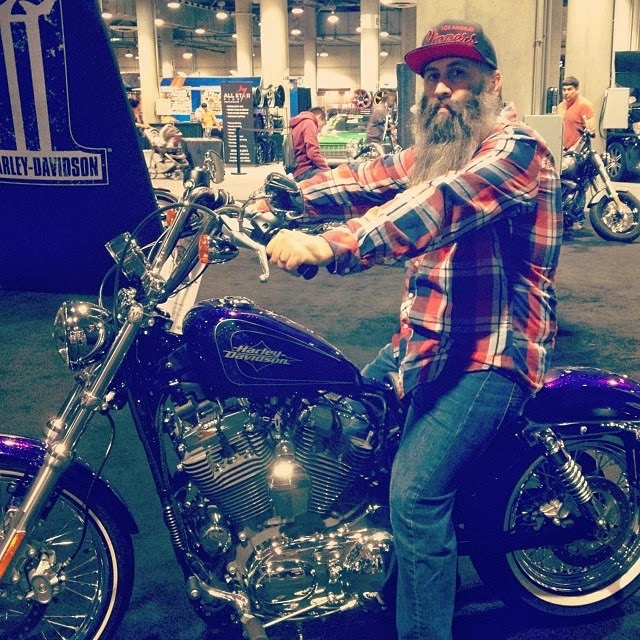 Phi loved trying all the different games and grabbed a lot of auto show swag. Lots of reusable bags, toy cars, trading cards, and beanies. But the best souvenir we came home with was from the Chevy booth. They had a photo booth set up in the back of a sweet van. Except it wasn't just photos, it made an awesome flip book. You can check it out here.


Blake Griffin was not the only celebrity we saw! We also ran into Patrick! Louie was so cute when she walked up to him. She was so starstruck. 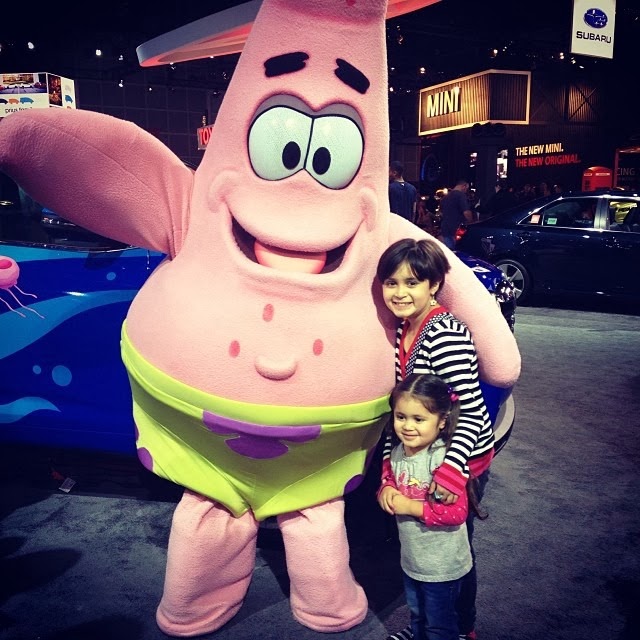 Since we didn't get there until 6pm, we stayed until they closed at 10pm. Of course we were all hungry and needing some food. We went to Yelp and found a great 5 star taco place in Echo Park. So we headed over only to find that they place no longer existed. UGH. So we tried Yelp again. Philippe's was near-by and we have always wanted to eat there. According to Yelp they were open late. Yea not so much.

An hour later we ended up at In and Out. 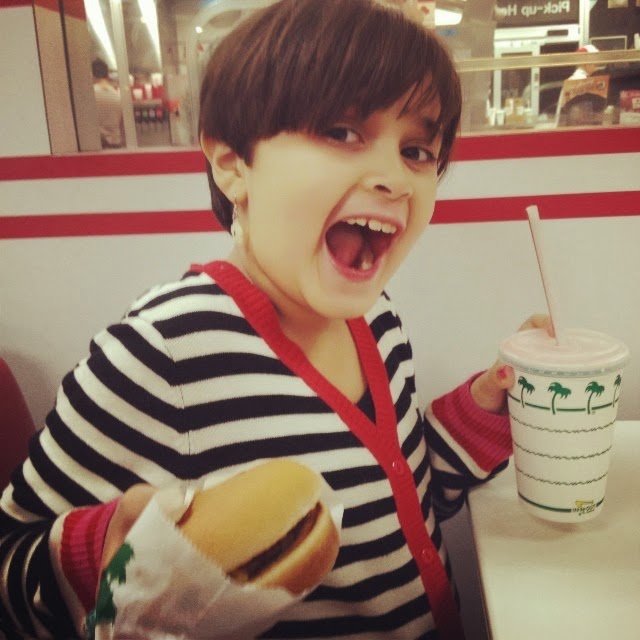