Father's Day morning was spent taking down the campsite. After the tents were done and put away we gave the Dad's their gifts.

First up Pops because he is El Jefe of our tribe.... 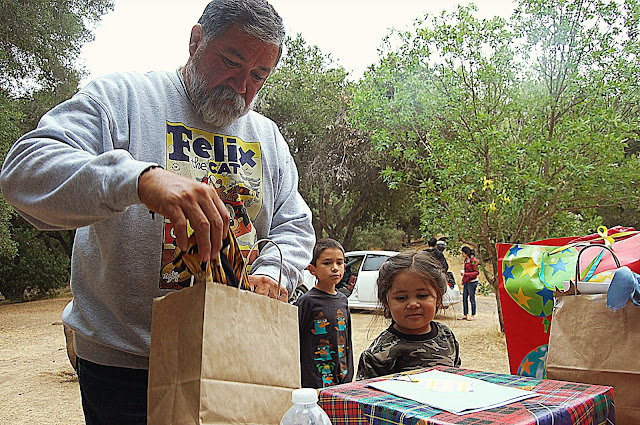 He got a new hawaiian shirt, a straw hat, and some new shooting targets. He was stoked! 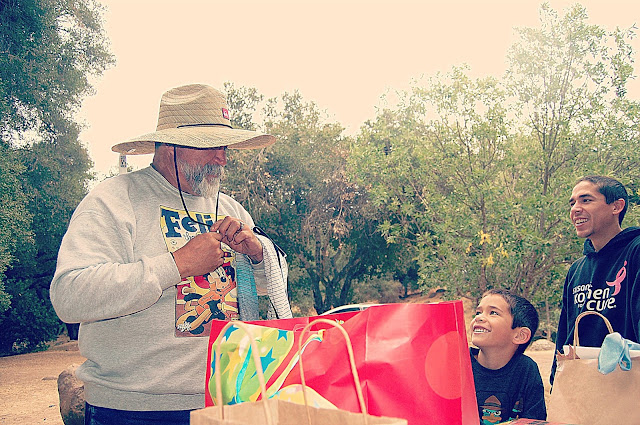 Tio/Nino Luis got some really awesome cute cards from Lili and Felix. They both thanked their Dad for letting them use his iTouch. haha He also got some really nice work boots! 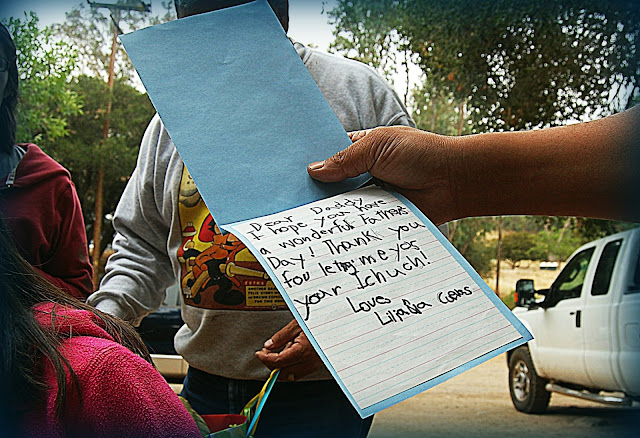 Then it was Joey's turn! Louie was so excited to show Poppa the stamping/watercolor piece she had made for him. It was a picture of Louie as a princess and Poppa as a prince. She was very proud of herself. 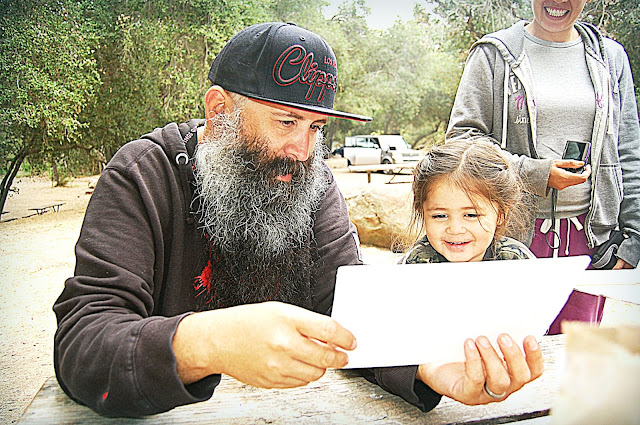 The Phi outdid herself! While walking to my office one day she asked Joey about the pieces of tree bark on the ground. He told her that she could collect some and paint on them. She had the idea later to do something for him for Father's Day with some bark. She did a portrait of her Daddy, since the bark gave her enough room to really capture the amazing beard. 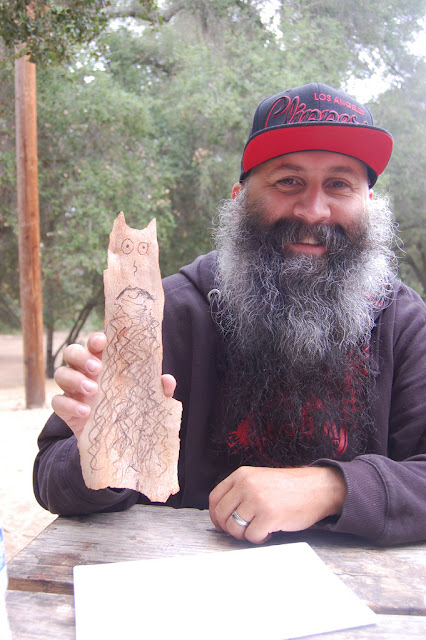 Joey also got a beard care kit with beard wash, oil and conditioning cream. And of course a new Rebel 8 shirt, because we know that is what he loves to wear. 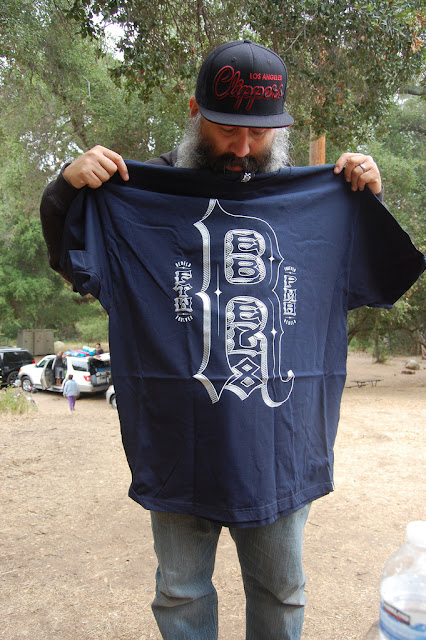 I love that we have a day to celebrate all the amazing Dad's in our lives! 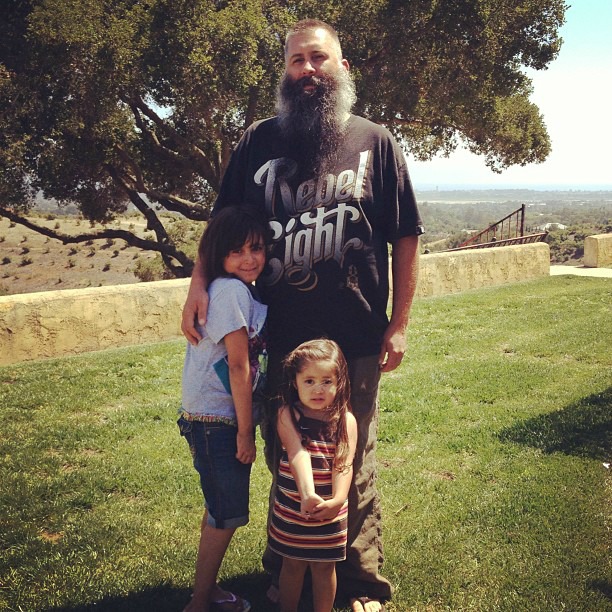