Michael Jackson is Back!

When I was a kid I was all about the pop music. I dreamed of being the next Rick Dees and would even record myself doing intro's to all my favorite songs. Being a child of the 80's I loved Madonna, Culture Club and of course Michael Jackson. I became slightly obsessed with "The Making of Michael Jackson Thriller" video. I think it was because I was/are kind of a chicken and the actual music video was kind of scary. By watching how they made the video made it less scary for me.

ANYWAYS.... I really loved Michael Jackson as a kid. One of the coolest things I had was a big tapestry. This was way better than a paper poster. It hung on the wall next to my canopy bed. The yellow in his vest matched the yellow walls of my bedroom. I loved this thing. And then one day apparently I grew up and took it down and Mom put it in a give-away bag.

I know! Who would ever put this in a give-away bag! 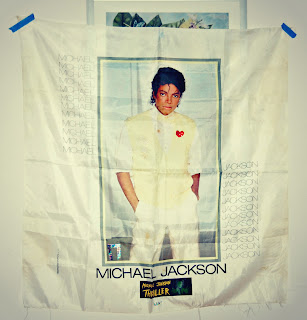 Lucky for me, my Nana has hoarder tendencies and must have taken this out of the bag and stored it in her house because when my Mom and her sisters were packing up the house they found it!

Last weekend we headed to Santa Barbara and in our bedroom I saw this. A cloth with Jackson written all over it. I thought it was a bag and didn't look at it again until the next morning. I glanced at it and something sparked in my brain. I immediately knew what it was and I cannot tell you how happy I was to see this again. 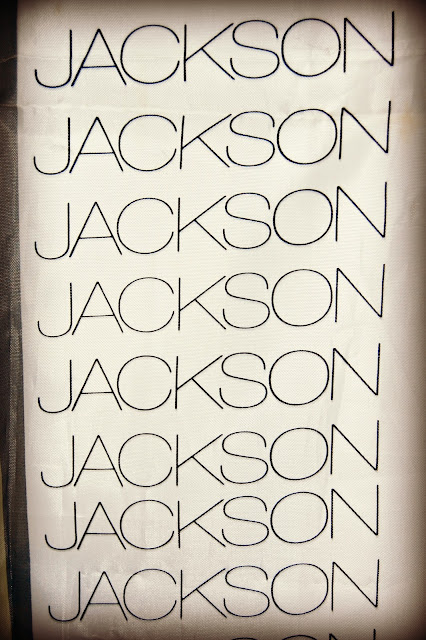 Of course it came home with me.
I tacked it up just for some photos and Lulu was intrigued. She started chanting "jackson! jackson!" 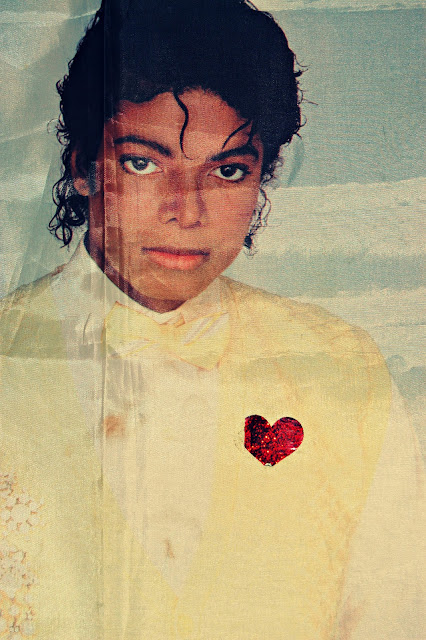 Then I told her to give me her best Michael Jackson face.... 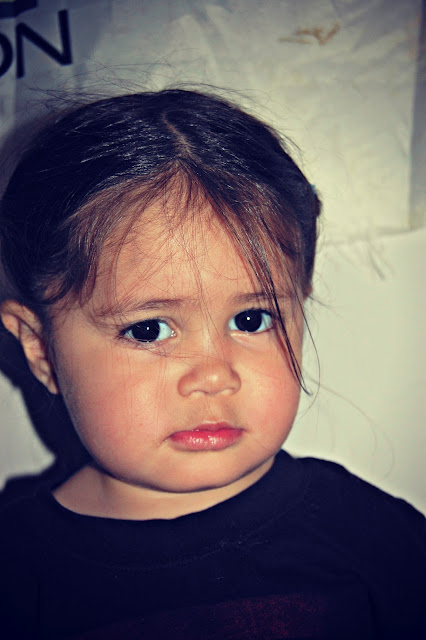 So now the hard part now is trying to find the perfect place in the house to put it.
Because of course its going up!
Duh.
at June 19, 2012