I recently read this blog post by Lydia Netzer on her blog Shine Shine Shine. The post is titled "15 Ways to Stay Married for 15 Years". She gives real life sound advice. All 15 points are great but there were 5 that really spoke to me. And since it's our wedding anniversary week I thought I would share with you.

#2- Laugh if you can.
In any fight, there is one person who is really mad, and one person who isn't mad. That person should deflect the fight. Make a joke, do something stupid or corny, make the other person laugh. If the fight is very serious for you and you feel like you really want to plant your flog and die on this hill, fine. Do it. But if you're fighting for entertainment, or because you're just reacting, then you be the one to deflect. Fights are bad. Deflecting a fight whenever possible is a good idea. When you're the one who's being pissy and raw and the other person helps you get out of it and brings about peace, that feels fantastic. This was a hard lesson for me to learn. Letting Dan (her husband) deflect a fight is the best thing, now. He does it really well.

Okay in our house it is usually me who is really angry and Joey who is not. In the almost 10 years that I have known Joey I have seen him angry once. Stressed? yes. Frustrated? Oh yes but never angry. And it was at his brother. And he is the King of deflecting with humor. In most tense situations he always goes with the jokey-joke. I have to admit, there have been times when I have been pissed and one of his dumb comments will make me crack a smile. No matter how much I fight it that smile will creep on my face and the tension is broken and things can move one.

#3- Don't criticize. Ever
Here is a fact: Whatever critical thing that you are about to say to your wife is already being loudly articulated in her head. And if it's true, she already feels like crap about it. Assuming you married someone intelligent enough to like you and sane enough to let you put a ring on it, trust that they are self-aware enough to know when they screwed up. It may feel good to you in the moment to say the critical thing, let it go ringing through the air in all its sonorous correctness, but it will feel awful to hear it. The only, only way it's beneficial to give your wife criticism of any kind is if you're absolutely positive she is completely unaware. And you better find the nicest, kindest way possible to tell her. And even then, good luck convincing her. The recognition of the thing you are helpfully trying to point out will be INHIBITED, not facilitated, by your criticism. And then you're the asshole. So be careful


So I have always believed this. It is something that I learned from previous relationships. And it is not easy. There are times when I want to yell a big old "i told you so" are point out how he messed up but like Netzer says. He is already thinking it, he already knows it. I can tell. And by me even saying it out loud is just cruel and  mean. And being mean makes you ugly.

#10- Stop thinking temporarily.
Marriage is not conditional. It is permanent. Your husband will be with you until you die. That is a given. It sounds obvious, but really making it a given is hard. You tend to think in "ifs" and "thens" even when you've publicly committed to forever. If he does this, I won't tolerate it. If I do this, he'll leave me. If I get fat. If I change jobs. If he says mean things. If he doesn't pay more attention. It's natural, especially in the beginning of your marriage, to keep those doubts in your head. But the sooner you can let go of the idea that marriage is temporary--and will end if certain awful conditions are met--the sooner you will let go of all kinds of conflict and stress. Yes, you may find yourself in a horrible situation where it's absolutely necessary to get a divorce. But going into it with divorce in the back of your mind, even in the way way way back of your mind, is going to stay with you. Inhabit that and figure out how to make THAT work, instead of living with the "what if's" and "in case of's."


For both Joey and I this is our second marriage and I know that I went into marriage #1 with the mentality that I could always get a divorce. And lo and behold I did! This time around I threw that option out the window. Joey and I joke that he promised me 40 years together, but this thing we have it is permanent. The future is Joey and I, old, together, always. That's it. It makes a difference on how important you marriage becomes to you and how hard you are willing to work at it.

#12- Make a husband pact with your friends.
The husband pact says this: I promise to listen to you complain about your husband even in the most dire terms, without it affecting my good opinion of him. I will agree with your harshest criticism, accept your gloomiest predictions. I will nod and furrow my brow and sigh when you describe him as a hideous ogre. Then when your fight is over and love shines again like a beautiful sunbeam in your life, I promise to forget everything you said and regard him as the most charming of princes once more. The husband pact is very useful because you want to be able to vent to your friend without having her actually start hating your husband. Because you don't really mean all those things you say. And she, the swearer of the pact, know this.


I love this! This could be a boyfriend/husband pact. I have always believed this. I can listen to everything a friend has to spew about her/his significant other. And if at the end of the crisis they chose to stay with that person that is their decision. And the next time I see that significant other I will hug then and smile. It is not my life and as a friend I will be there in whatever decision you make.

#14- Be loyal
All the crap you read in magazines about honesty, sense of humor, communication, sensitivity, date nights, couples weekends, blah blah blah can be trumped by one word: loyalty. You and your spouse are a team of two. It is you against the world. No one else is allowed on the team, and no one else will ever understand the team's rules. This is okay. The team is not adversarial, the team does not tear its members down, the team does not sabotage the team's success. Teammates work constantly to help and better their teammates. Loyalty means you put the other person in your marriage first all the time, and you let them put you first. Loyalty means subverting your whims or desires of the moment to better meet your spouse's whims or desires, with the full understanding and expectation that they will be doing the same. This is the heart of everything, and it is a tricky balance. Sometimes it sways one way and sometimes the other. Sometimes he gets to be crazy, sometimes it's your turn. Sometimes she's in the spotlight, and sometimes you. Ups and downs ultimately don't matter, because team endures.


So freakin simple. I have always thought of it as Joey and I against the world. I think of us as a small gang who would fight to protect each other and our marriage. Loyalty is such an amazing thing. Is the word loyal in the wedding vows? It should be. Maybe replace obey with be loyal. 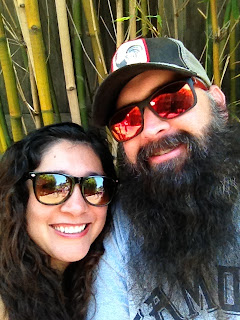