It is so rare to have a person in your life who has been through it all with you. Someone who has been your best friend for 30 years. That is just some crazy awesome blessed stuff right there. Jessica has been my best friend since the first day of kindergarten. I have played in the sand box with this girl. Depsite time and distance we have remained in each other lives and I am so thankful for that. Jessica is a wife, mother to 2 boys and a lawyer. I don't know how she manages it all but she does. And in high heels!

Are you a Nap Nazi? Stickler for routine and schedules?
I wish my boys napped now!  Yes, I was fairly consistent with my boys’ sleep, snack and meal schedules when they were young.  At one point, I actually had them napping at the same time, though that didn't last for long because Elias decided he was done with naps not long after Lucas was born.  My boys were both really good nappers, too.  2 or 3 hours at a time.  If they didn't take a nap, the evening would be miserable.  So, yes, I was a stickler for the schedule. It really helped that they were on a strict schedule at daycare.  Weekends were much easier because of that.  (I don’t know how their daycare was able to get 9 kids on the same nap schedule, but they managed!)  Although we still maintained enough flexibility that we were able to get out of the house and do things we wanted and needed to do.  And when Lucas was born, his nap-time gave me one-on-one time with Elias which he and I both really needed. 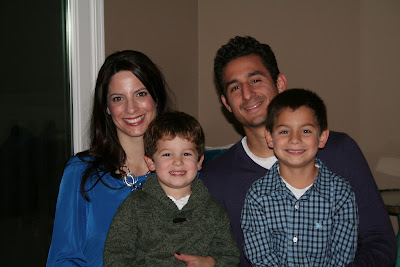 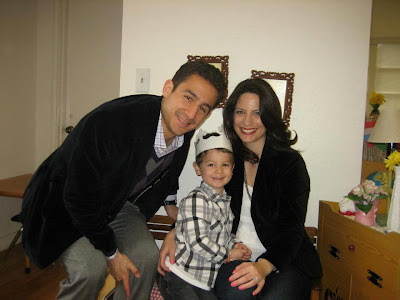 Where did your kids names/nicknames come from?
Elias is “E” or “Eepers” or “Eli.”  Obviously, just shortened versions of his name or derivations thereof.  When he was little, we called him “poonies” which was derived as follows:  He started out as “pumpkin.”  Then he became “punkin.”  Which turned into “poonkin.”  That morphed into “pooniekeenies.”  Which ultimately became “poonies.”  Lucas is “Lukie” or “bukie” or sometimes “Lukie bukie.”  My brothers call him “loogie” and I imagine, at some point, his friends will call him “pukie.”  (Yeah, I didn’t think of that one until after he was born.)  Yesterday afternoon and evening, while helping with homework, cooking dinner, trying to get the boys to clean their rooms, and going through the bedtime routine, I realized that I have collective nicknames for Elias and Lucas as unit.  I call them “boysies” (clearly derived from “boys”) and a whole bunch of variations on “munchkins”:  munchers, munchies, munch.

Did you enjoy pregnancy?
Yes, except for the clothes and shoes.  You would think that with such a huge market out there for cute maternity clothes, some retailer would pick up on it and make a fortune.  It’s like they think once a woman becomes pregnant, her sense of style dissipates with her waistline.  I had particular difficulty because I work in a professional office.  Sure, I could wear sweatpants and t-shirts on the weekends (and I did), but that wouldn’t cut it for the office or for court.  When I was pregnant with Elias during the hot summer months – he was born in early October –  my feet swelled so much that I had to wear one pair of black ballet slippers for the final three months of my pregnancy.  It was my first pair of flats ever.  I hated those shoes so much.  I was so scarred by them that it took me 6 years before I bought another pair of flats.  With Lucas I did not have to deal with the summer heat so I was able to wear heels basically up to the day I gave birth.

What is your favorite baby gear? Must haves?
I could not have lived without my Avent microwave bottle sterilizer.  I used that thing at least once a day.  I also used it for all of my breast pump attachments.  I had a couple of the tubes melt on me, but it was much easier than having to wait for a full load of dishes in the dishwasher.

What is your parenting philosophy? 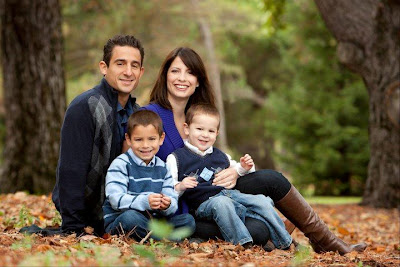 When the kids were younger, my philosophy was:  “make sure they survive without screwing them up permanently.”  Although it remains to be seen whether I have screwed them up, at least they have survived this far.  Now that they are older and blessed with great analytical and rational minds, my philosophy is akin to 14th Amendment jurisprudence:  they get notice and an opportunity to be heard. (Maybe this is more appropriate for the discipline question.)  I never want to take disciplinary action or make  decision that they don’t understand the basis for.  I want them to understand that there are rules, but that those rules are in place for a reason.  They will not be punished for something that they did not already know was wrong or against the rules.  It just doesn’t seem fair to me.  If they would like to explain why they did something or why I should do something different, I am always willing to listen.  I am hoping that this will make them appreciate and understand boundaries, but also get  used to thinking about why they did something and be able to articulate it.  Despite my most earnest attempts to be just, I hear lots of “that’s not fair” in my house whenever one kid gets something or gets to do something that the other didn’t. I have to explain to them that just because they are not being treated the same, that doesn’t mean it isn’t fair.  For example, Lucas has a fit every time he doesn’t get the same after-game snack that Elias and his teammates get after a baseball game.  I have to explain to Lucas that the snacks are a reward for trying hard at baseball, that the parent who brought snacks only did so for the team, and that if Lucas got a snack, it would be unfair to all the other siblings who didn’t. This, inevitably, leads Lucas to comment about how unfair it is that Elias gets to play baseball and he doesn’t.  Elias throws a fit every time Lucas gets to pick a book for bedtime story.  We have to explain to him that, before Lucas came along, he had three and a half years to pick all the bedtime stories.  Lucas will always have to share his bedtime.  (This seems to satisfy him at least for now.)

How do you keep the romance alive in your relationship after kids?
Lots of time without the kids.  We typically go on two trips during the year (notice I did not say vacation—a trip with kids is really not a vacation):  one with the family, one with just the two of us.  With the kids, we’ve been to Panama, Hawaii, Disneyland.  Without the kids we’ve been to Cabo, Cancun, Park City for snowboarding, NY, and several other weekend getaways.  We also make sure that we preserve the lives we had before we became parents.  We attend work functions together, we go to a lot of sporting events together, we go out with friends, we go out with each other.  It helps that Rick’s parents are nearby and love spending  time with the boys.  They are usually perfectly happy to watch them overnight or for a weekend.  Plus, my husband is hot.  That sure helps. 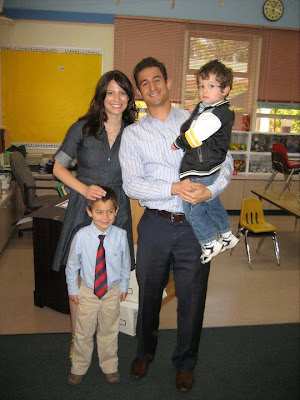 Do you have a picky eater? How do you handle that?
My  kids are actually very good eaters.  Although they would eat ice cream and chicken nuggets (and pizza for Lucas) every day if I let them, they can get down with some healthy food too.  They like spinach, zucchini, carrots, corn, green beans, broccoli.  I think we’re doing pretty good on the vegetable front.  But I have had struggles in the past with them trying new foods.  Obviously, they like some new foods and don’t really like others.  But I couldn’t even get them to taste something new.  So we came up with a reward system.  They would get a star sticker for each new food they tried.  And they would get to open a new toy once they amassed a certain number of stickers.  (We set aside the toys they get for Christmas and birthdays and have them earn the right to open them throughout the year so that they continue to get “new” things and it also provides motivation for good behavior.)  This is how we discovered that they liked spinach.

What is your favorite meal to make for your kids?
My kids are typically very good eaters, but it is hard to find something they both love.  Elias will not eat anything with sauce and he hates cheese.  No pizza for that  kid.  Lucas loves anything with cheese. Pizza, quesadillas, nachos, plain old chunks of cheese.  I can basically get him to eat anything that has cheese melted on top of it.  Elias loves eggs.  Lucas won’t touch eggs.  But they both are pretty good with basics:  a basic protein (chicken, pork, fish), veggies and rice.  So lately, we have been buying the pre-marinated pork loins and roasting one up with some potatoes, carrots and zucchini, rice and homemade buttermilk biscuits.  They can’t get enough!  Unfortunately, I have a glimpse of what it is going to be like to feed them as they get older.  One pork loin is not even really enough anymore.


Who  is your Mom-spiration?
You. (I'm blushing over here!) I wish I had the time, energy and creativity to do all of the interesting things with my family that you do with yours.  And just the open-mindedness and courage to take kids to some of the things that you do, giving them a chance to experience a whole variety of different things at such a young age.

I asked Jessica's HOT husband Rick to give us his thoughts on Jessica as a Mommy..
"Jessica is a fantastic Mom! In this day and age it is difficult being a working Mom especially being a lawyer. The commitment required for both is unmatched. She has been able to manage both extremely well. She has been able to find that balance and prioritize her responsibilities without compromising on events for our children and work responsibilities. She is in fact superwoman, without the flying, but if you give her enough time you never know!"


Thanks Jess. You know how much I adore you. Thanks for being my friend all these years. Thanks for you honesty and taking the time to answer these questions for me. I love you and your boys very much.  Bong Fong Fong for life! Happy Mother's Day!