We are a 2 car family. There is nothing I dislike (Joey gave up saying hate for lent and I am trying to be supportive here) more than having to rely on someone else for a ride. For awhile there we had the XB and a pick-up truck. The problem was that the kids car seats didn't fit in the truck and since I was on drop-off duty and Joey is on pick-up line duty we both needed the XB. Which meant I was dropped off and picked up from work.

Call me crazy but I didn't like the idea of not having a get away car waiting in the parking lot. You know in case shit went down and I needed to get out of here. Now I work as a Human Resources Director with an office of 2 people so you can imagine the odds are of shit going down are. It's like 0.00000000001%. But you never know. 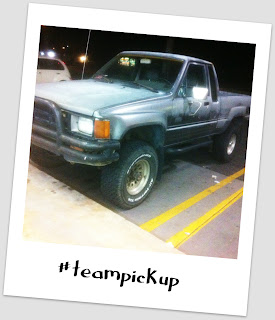 Then Uncle Matty came up with an interesting proposition. The 1985 pick-up truck that we had was Joey's Dad's old truck and Matt had always admired it from afar. Matt also had a 1980 mercedes benz he was trying to sell. He offered to trade the benz for the truck. Straight up. I was all for it. This meant that we would have 2 cars that the kids could cruise in and no more need to share the XB.

It took some convincing on Joey's end, but eventually Team Benz won out. Joey and I were the proud owners of a Benz. Well I was proud, Joey not so much. At first he drove it and complained about it CONSTANTLY. Now if you know Joey at all you know that he a professional complainer, but this was even bad for him. He hated really really didn't like the way the car smelled, and it was slow, and the seats were too low, blah, blah, blah. I think the last straw was when he was in the pick-up line at school and he overheard a kid say "Hey Dad you are behind the smelly car" . So we traded cars. 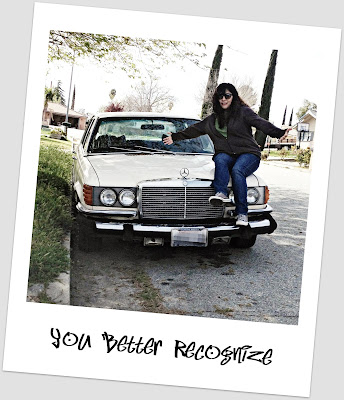 - It is a 1980. And if you look at any fashion magazine these days you will notice that the 80's are back baby! That's right. The Benz is not an old car, it is retro and vintage and both those things are cool. Ask any hipster.

- I have always dreamed of driving an 18 wheeler or a bus. The Benz has a HUGE steering wheel. It is just like driving a semi-truck. Or so I imagine it to be. 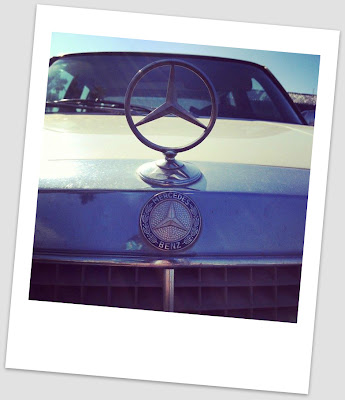 - this is a bonus feature. The engine is the kind where you can use french fry grease. So not only do I have the option to go green, but when all the gas all over the world runs out I am still good to go. Gas maybe gone but McDonalds ain't going anywhere. 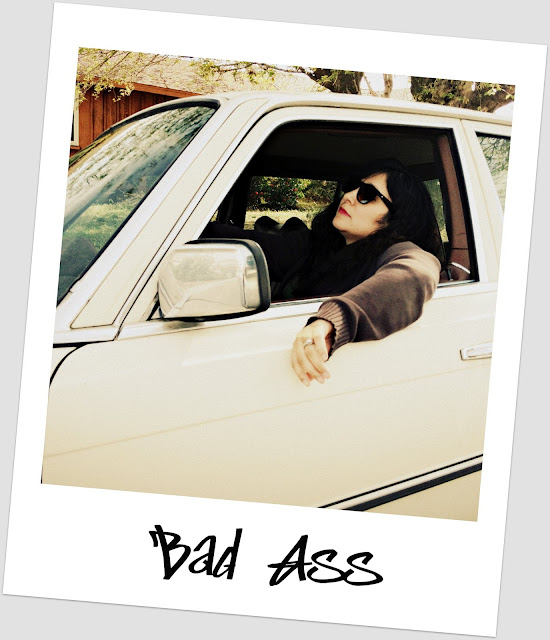