Joey loves himself some Food Network. The latest and trendiest thing right now are Food Trucks. Now my experience with food trucks were getting burritos and sodas during late night graduate classes. These are not like that. On Saturday there was a Palm Spring Food Truck Festival! There was going to be a lot of trucks that Joey follows on Twitter and some from the Food Network shows.

Joey was brilliant and bought tickets on-line the night before. The longest line was the one to buy tickets. The weather was in the high 80's. It was so hot that I had to remove a layer from Lou's outfit. 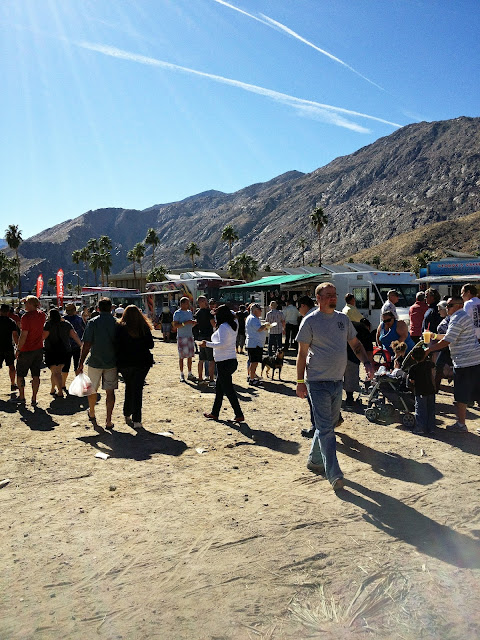 Our first stop was Biker Jim's Dogs. Gourmet Sausages. The funniest thing happened when he went to order. As soon as he stepped up to the window, it was a Paparrazi sworm. There were 2 different newspaper photographers and a dude with a cell phone camera up close and in his face, snapping pictures. Now Joey knows how Brad Pitt feels like. 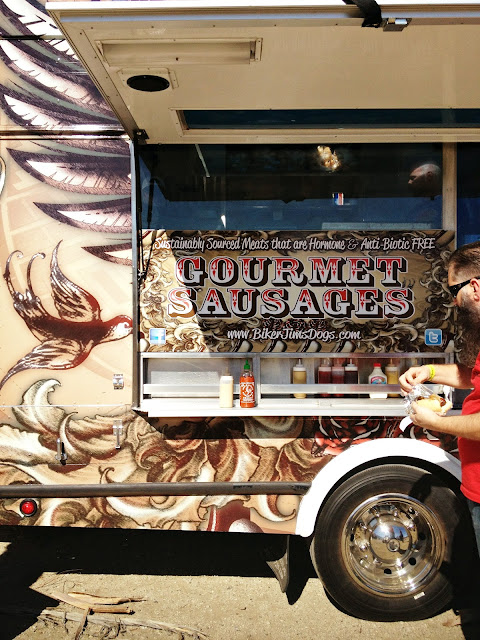 So our first food adventure was a Reindeer sausage hot dog. Yes reindeer. The dude even said "Merry Christmas" when he handed Joey the dog. It was very flavorful and super yummy. Joey opted for the cream cheese and grilled onions as a topping. Good call Babe. 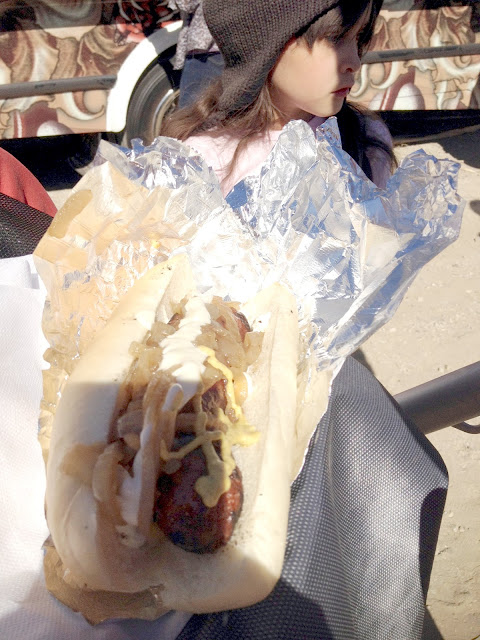 The next stop was the "Dos Chinos" truck. A Latin Asian Fusion food. There was a lot of fusion going on. I loved the colors of this truck and it was my turn to pick something to eat. 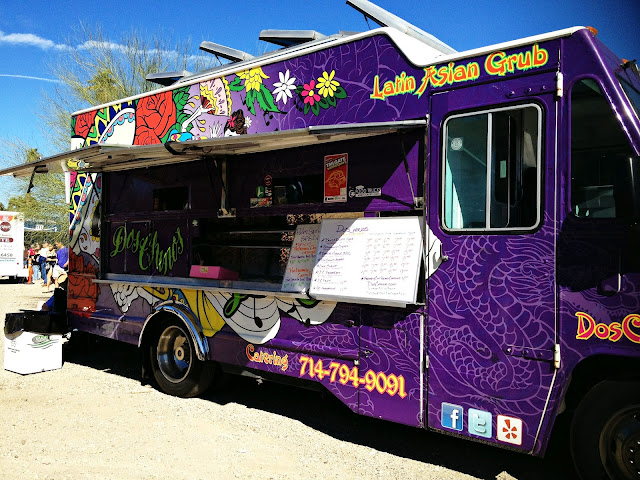 I went with the whiteboard special of "Habanero Chocolate Orange Chicken" Tacos. 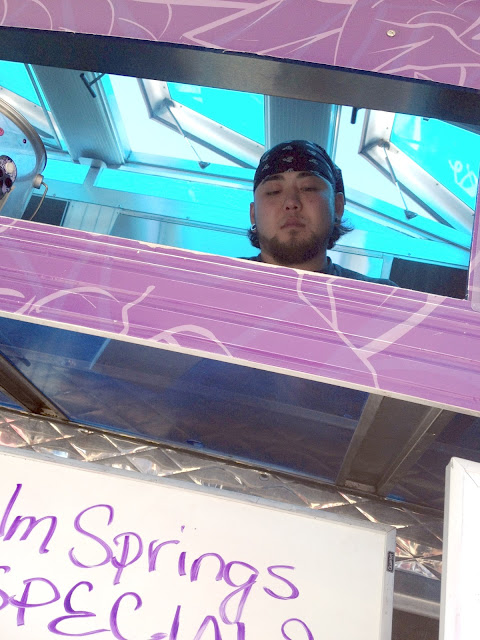 The sauce was as good as it sounds. The chicken was not so great. It was a take on Chinese orange chicken but it was too fried and too crunchy. But the sauce was super yummy. Like a mole sauce. 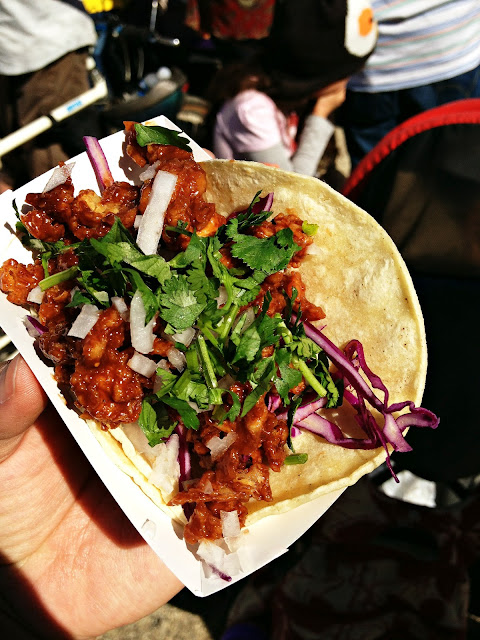 Next stop was Phi's choice. Of course she is not quite as adventurous as her parents so she went with the Tornado Potato truck. 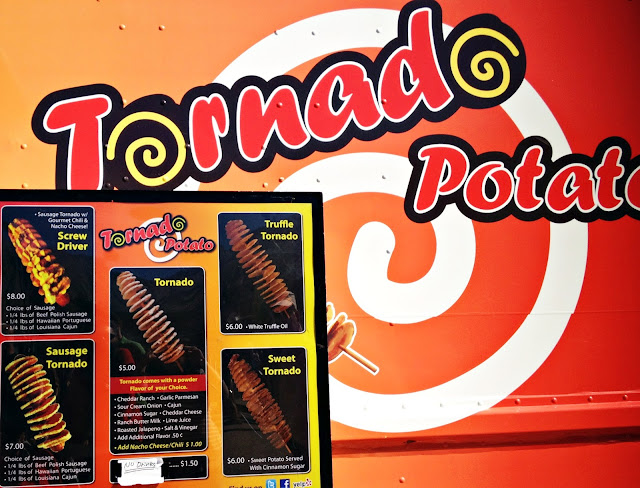 Here she is the the original Tornado with no spices. She is a plain Jane like that. This was a bit greasy but the execution was adorable. 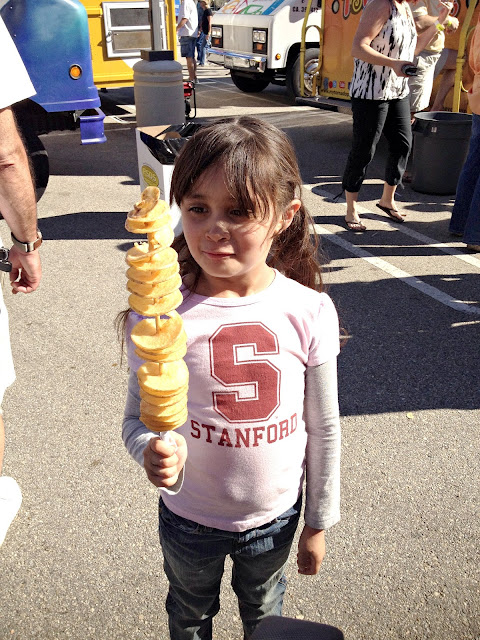 What I love about food trucks is the creativity that goes into naming the trucks! 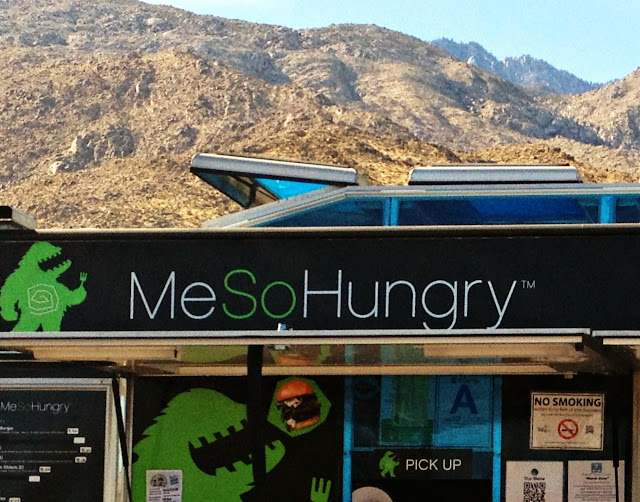 One of the biggest lines was for the Nom Nom truck. We didn't try it but they were on the Food Network and really popular.


Our next stop was to the winners of the Food Network Food Truck Race, Grill 'Em All. This was the longest line, but Joey waited while the girls and I sat in the shade. It was really hot. 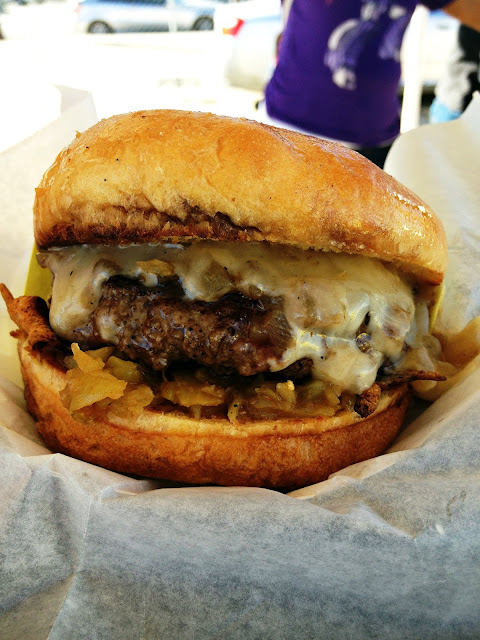 The burger was a nice medium rare, and the bread was awesome. Joey said that it tasted like a burger you would get in New Mexico, which I assume that means it's good. 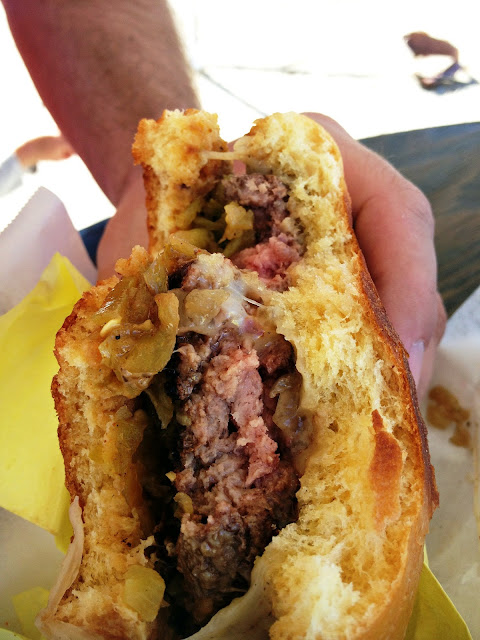 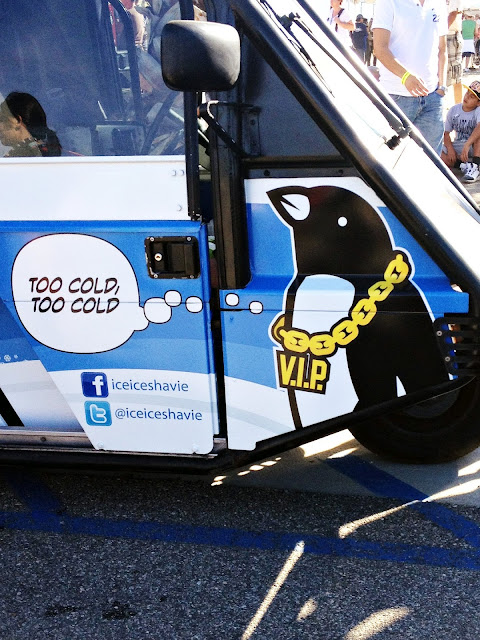 And on to desserts! 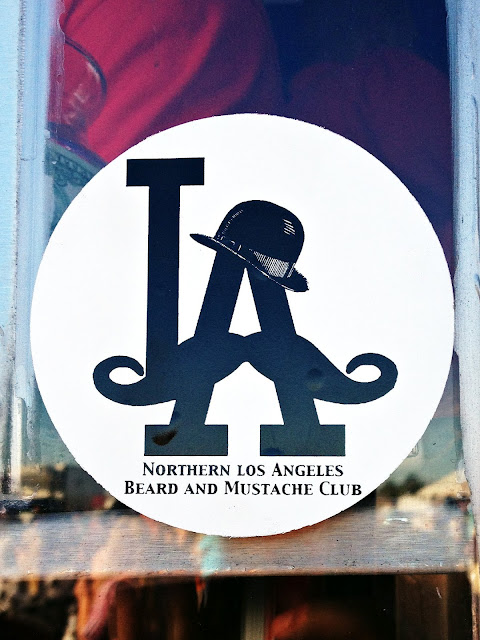 First we stopped at Mustache Mike's for a chocolate Italian Ice for The Phi. Of course Joey was a hit. He is a hit anytime mustaches and beards are concerned. The guy who served us asked to take Joey's picture with the italian ice. I am sure he will be the new spokesperson. 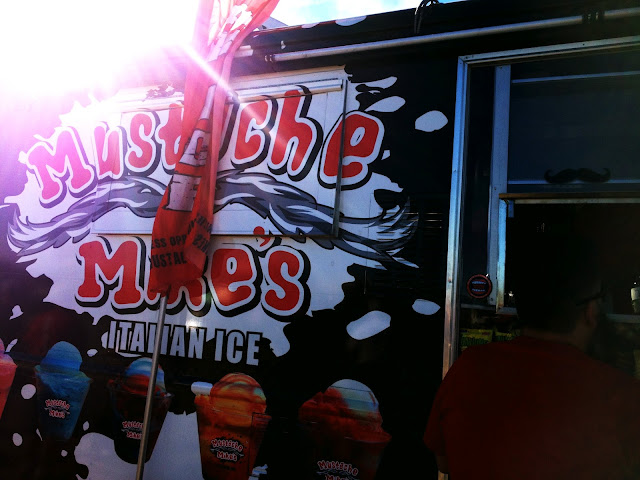 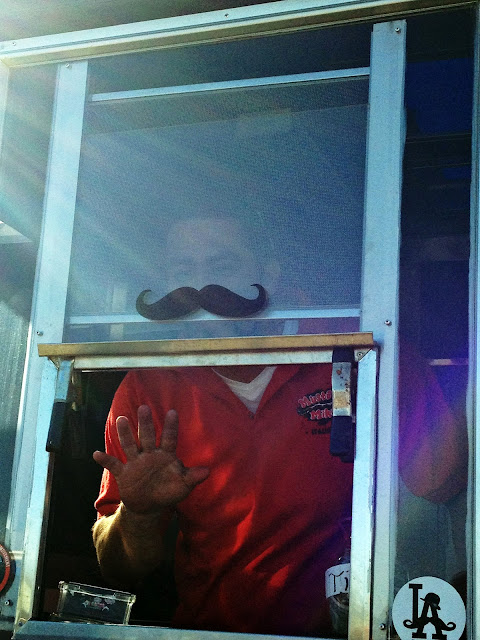 I was a bit skeptical about ice and chocolate but this was super tasty. So much so that The Phi (with help from Lou) ate the whole thing. 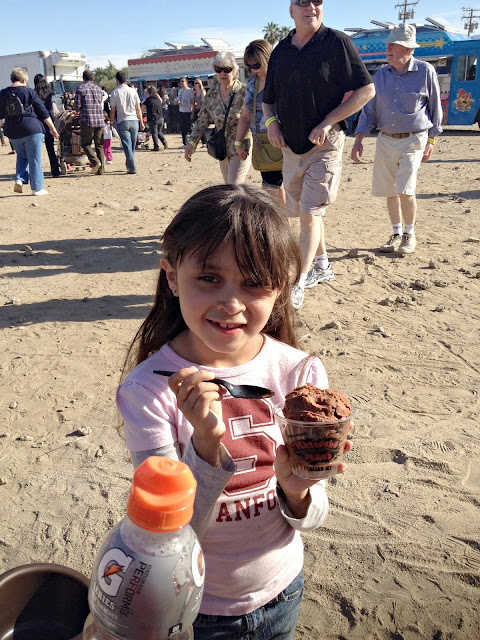 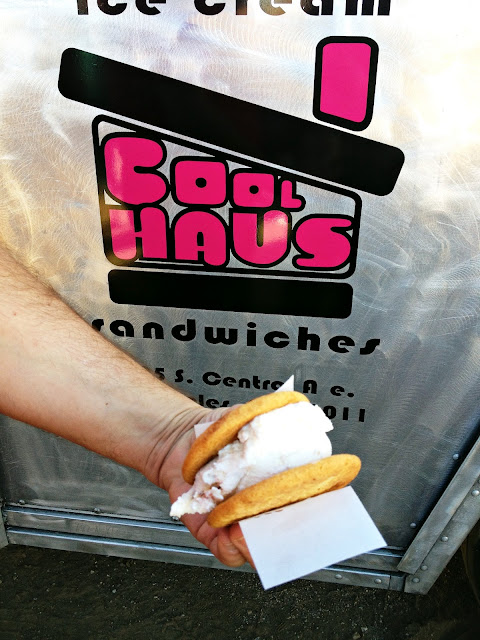 It was spectacular!!!! So freakin good!