Last Friday we headed out to LA. Much to Schmonkeys joy because according to The Phi Schmonkey has been wanting to go to LA for a long time. This is the same monkey that can take a trip to Mexico or New Orleans in half a day, but apparently has never been to LA. Weird monkey.

Anyways, our trip was out to LACMA to see the Tim Burton exhibit. The drive went well. Both girls are good travelers. Thanks goodness. When we got there we purchased our tickets for the exhibit and headed right over. Photos were not allowed inside the exhibit so all I got was a picture of the entrance. Which was of course very cool. 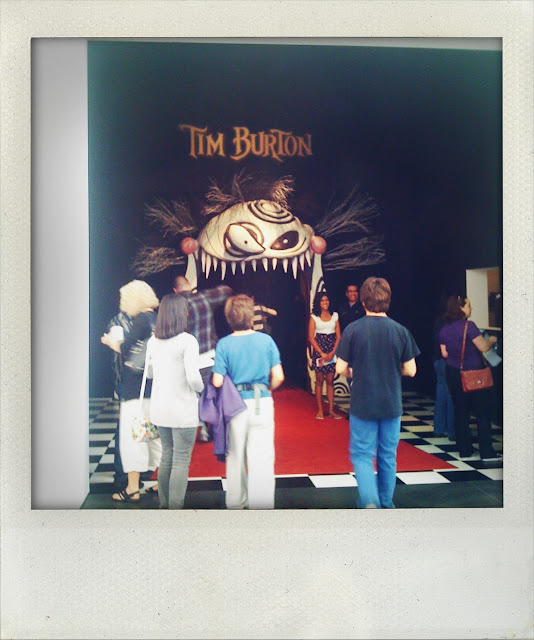 Once inside we got to ohh and ahh over sketches and painting and metal robots from Tim Burton. Did you know he was from Burbank? I had no idea. I thought he was European. They had everything from pages from his childhood notebooks, the hands from Edward scissor hands to figurines from his upcoming movies. The best part for me that they had on display the Large Marge's eyeballs from Pee Wee's Big Adventure. Yes that  scary scene where here eyeballs get huge. It was done in stop animation and each of the eyes they used were there. I loved that movie as a kid and seeing those were so awesome!! 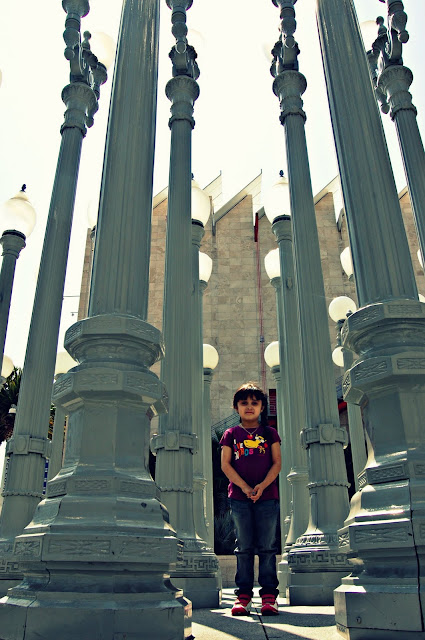 LACMA is favorite spot of mine. I love the area and the surroundings. And it brings back memories, I had my first kiss there in 7th grade! (Hi Matthew!). And I love how The Phi just soaks it all up. 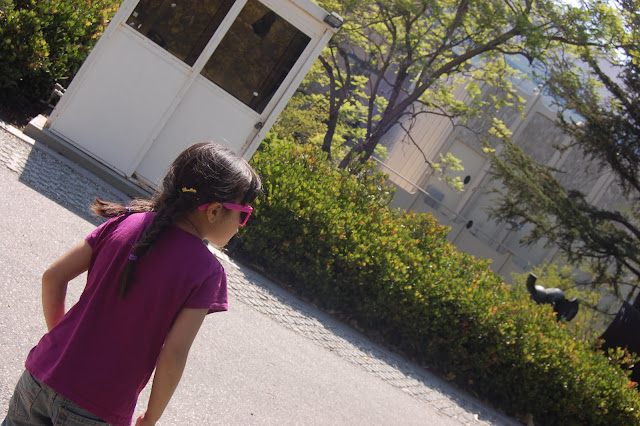 When we got there, there were a bunch of lunch trucks lined up. But after we got out of the Burton exhibit most of them were gone. We managed to check out the remaining few. 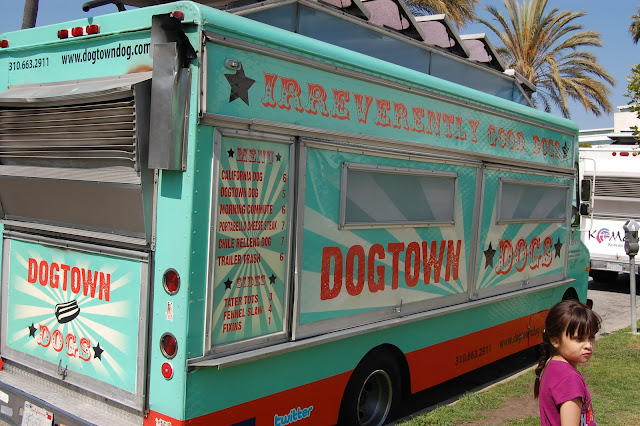 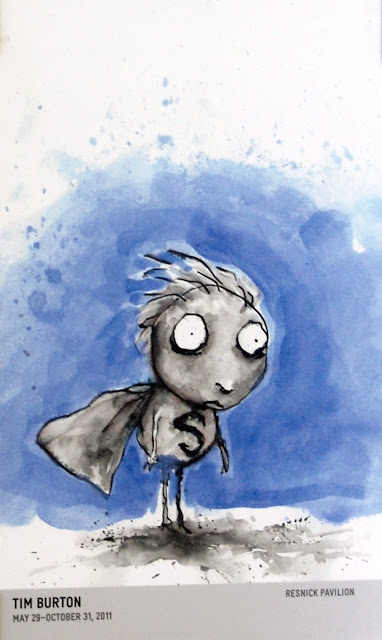 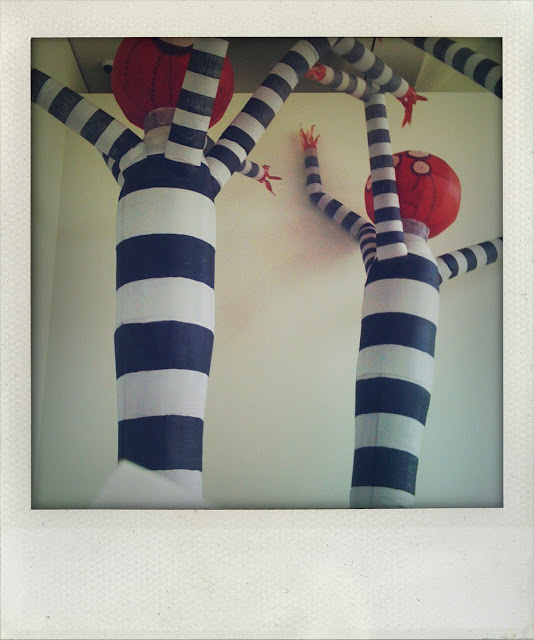 And after being inspired with the art around her The Phi hit the kids section for some art of her own. After she finished Joey asked her "what's it called?". After she thought about it she said "Rainbow Hearts" and Joey says "Rainbow farts". That went on all day. 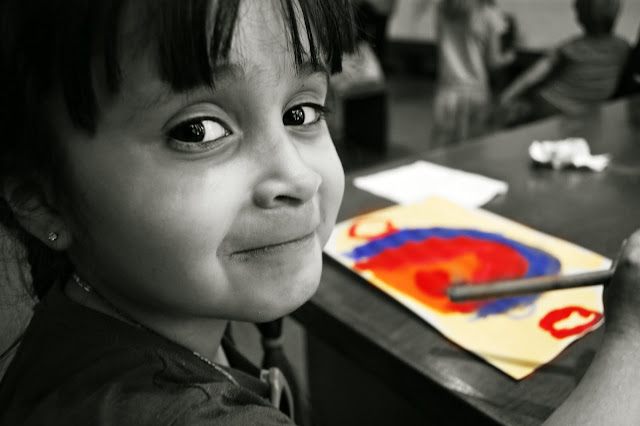 And of course what's a trip to LACMA without a stroll around the tar pits. 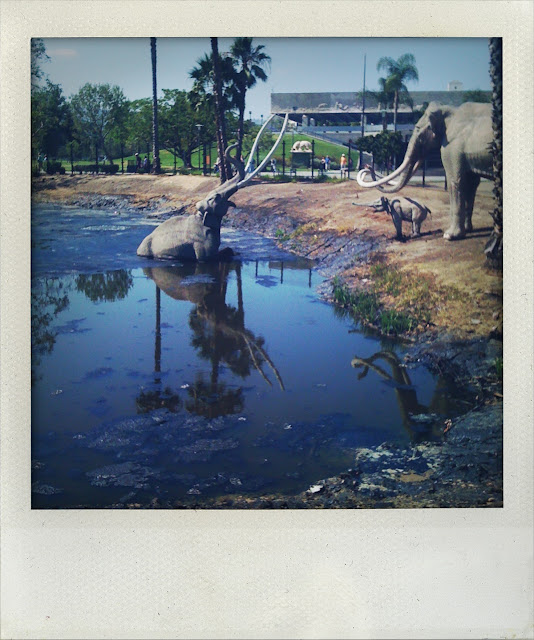 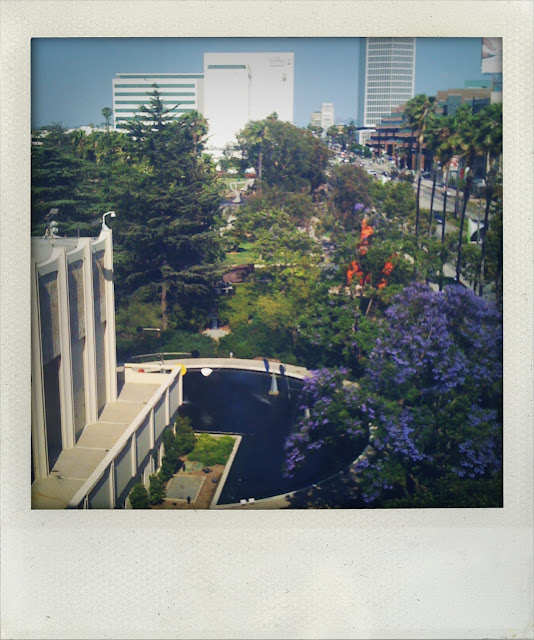 To my surprise in the Latin American Art section this was hanging there.... 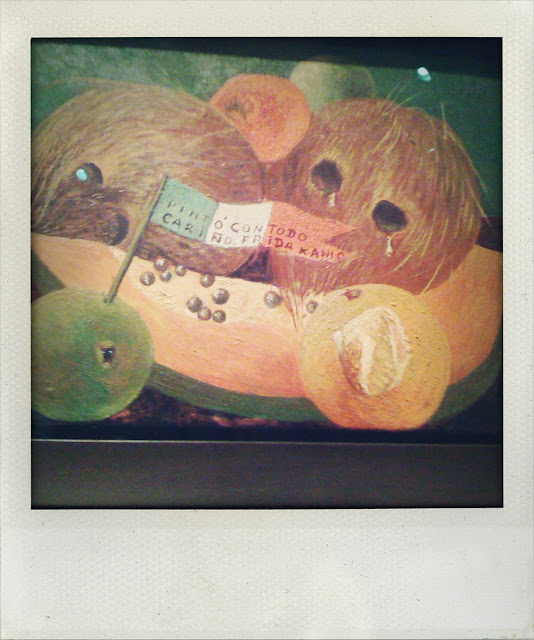 A Frida Kahlo. No joke people I feel her paintings. Like deep in my soul. The moment I set eyes on this up close I felt that lump in my throat just like when I went to the Frida Kahlo exhibit in San Fran.

After the museum we made a quick stop at The Fast Life, and the off to The Grove and Farmer's Market. I had never been there before and had always wanted to see what all the hub-bub was all about. 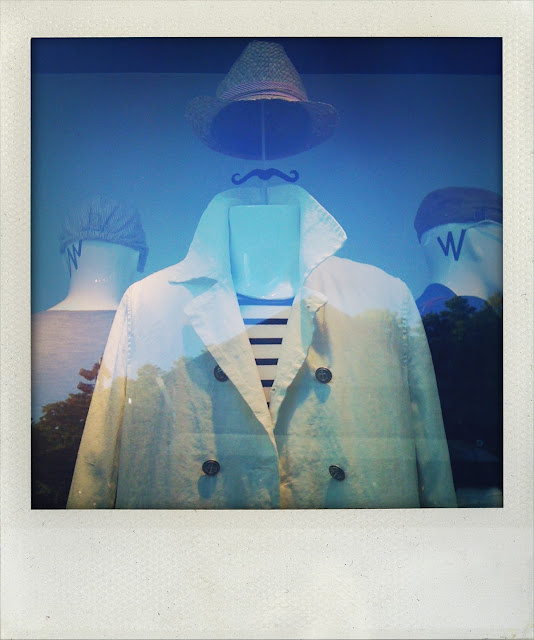 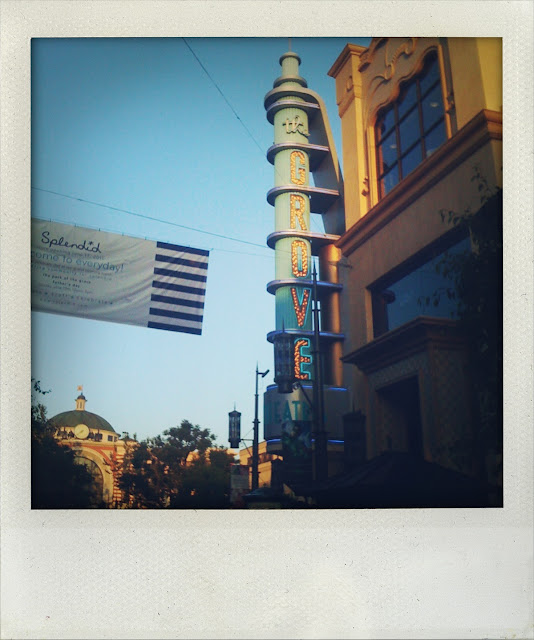 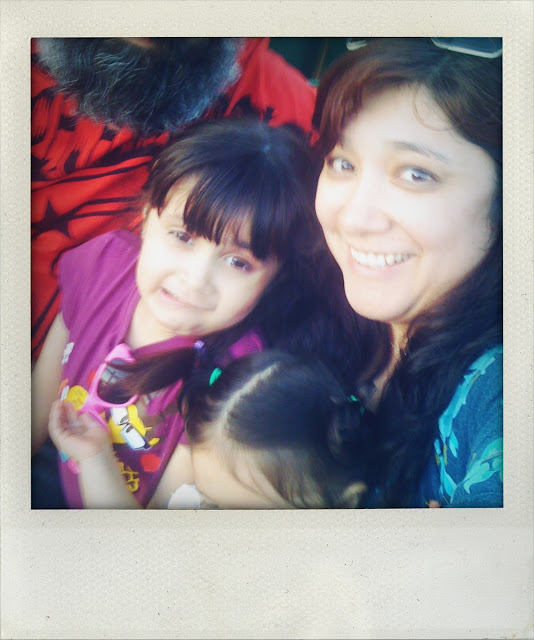 The mall was a whole lot smaller than I expected. But the Farmer's Market did not disappoint. So much great food and it was tough to decide on dinner. We ended up at Charlie's deli and it was yummy. 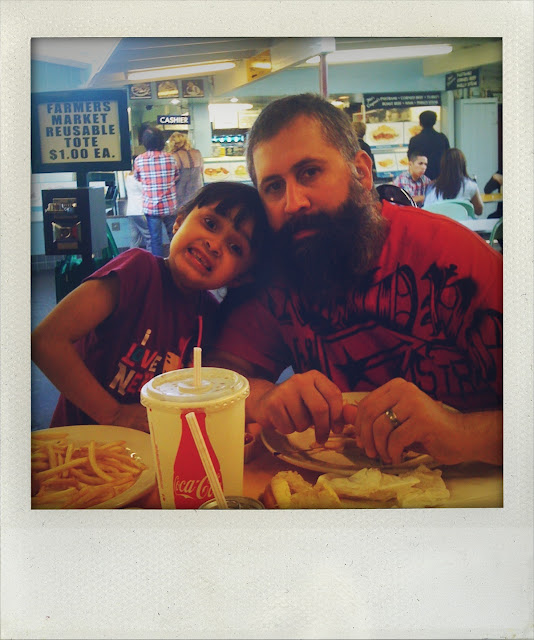